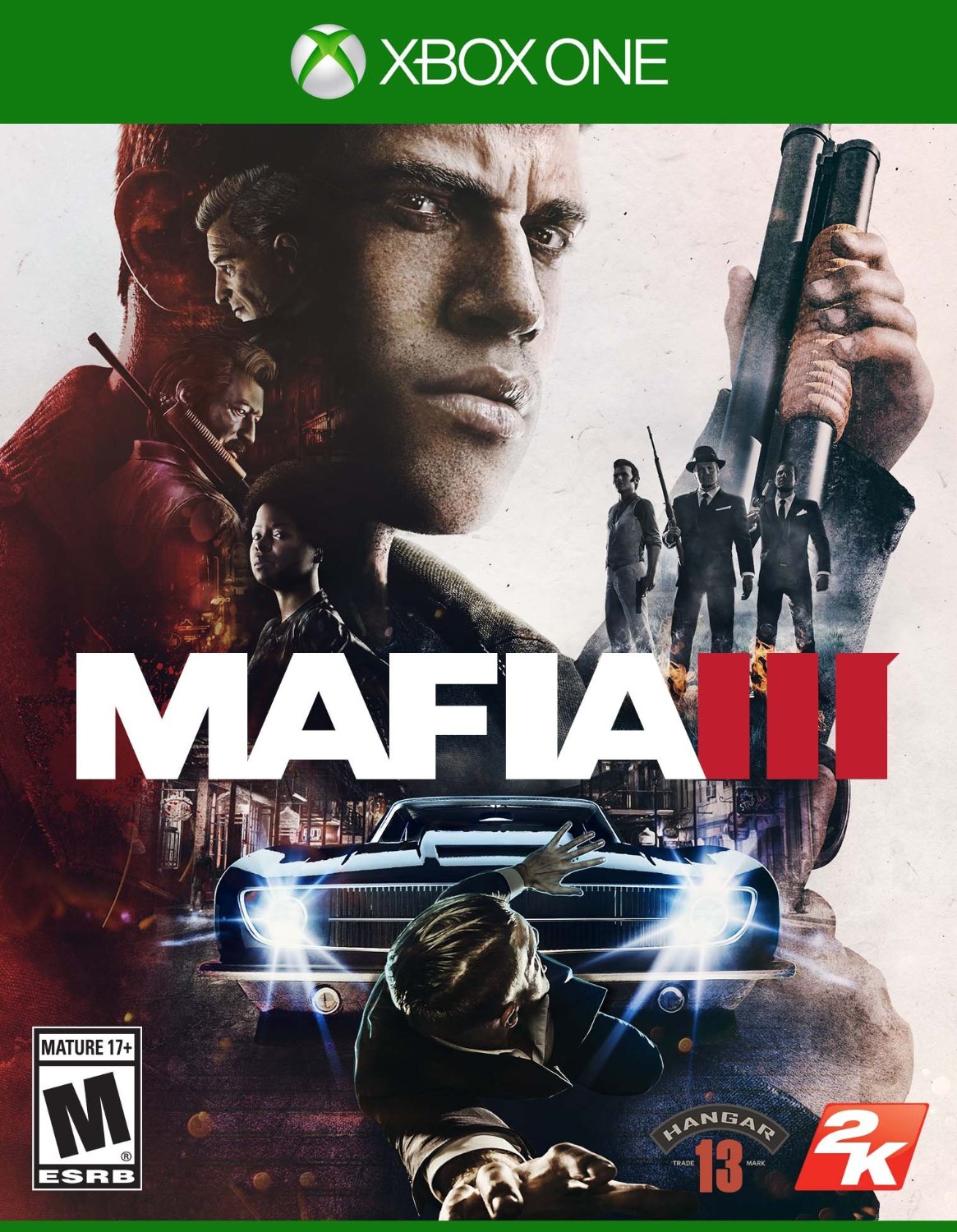 After being at rest for a little six years the Mafia series has returned in Mafia III. Set during the interesting year of 1968 where tensions in the United States were quite high as numerous rights movements were in motion and the Vietnam War in full swing. Set in a recreated world featuring all of the authentic looking designs, collectibles, music, and even racism of the time period, does Mafia III warrant a purchase?

Players step into the boots of Lincoln Clay, a man who spent his last few years fighting a war in Vietnam only to return home and find that not too much has changed in his hometown of New Bordeux, an obviously fictional version of New Orleans. Clay is familiar with how things are as he was forced to grow up without a family and found himself running with gangs as a child and now the family he adopted as his own is in trouble and the best way to get out of trouble is to work with the Italian Mob and their leader Sal Marcano in an attempt to steal quite a lot of money. 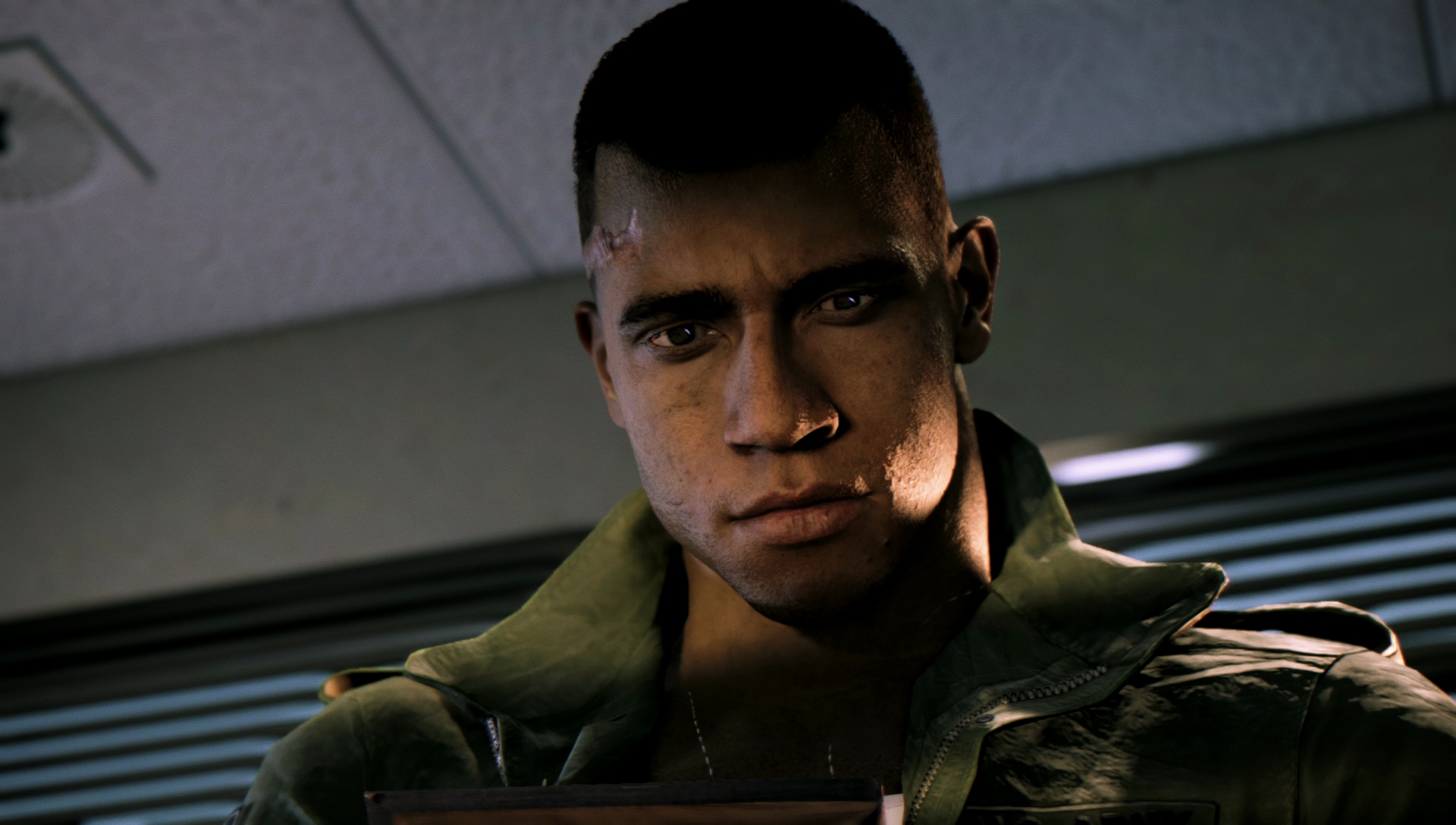 Unfortunately for Clay and the rest of his surrogate family, the Italians never had any intention of sharing any profits from their risky and highly profitable robbery. After being shot in the head by someone he thought he trusted and seeing nearly everyone he cared about be mercilessly murdered, Clay miraculously survives, primarily thanks to the inexperience of his would-be killer. With nothing left behind him, Clay is out for revenge and no matter how many men Sal Marcano and the Italian Mob might have at their disposal or how ingrained they are in the city of New Bordeux, he is willing to go to any lengths to make everyone who betrayed him suffer.

Mafia III’s storyline may boil down to nothing more than a simple revenge plot that follows Clay and the few Underbosses that he gets to agree to help him, such as Mafia II’s protagonist Vito Scaletta, an Irish mob boss, and the leader of a Haitian gang he previously eliminated but it does tell a compelling story when it isn’t getting in the way of itself. Even the racial elements are handled as one would expect given the timeframe as Clay is often treated as subhuman compared to others and racist terms are regularly thrown around, though this does begin to fall apart in the actual gameplay segments. 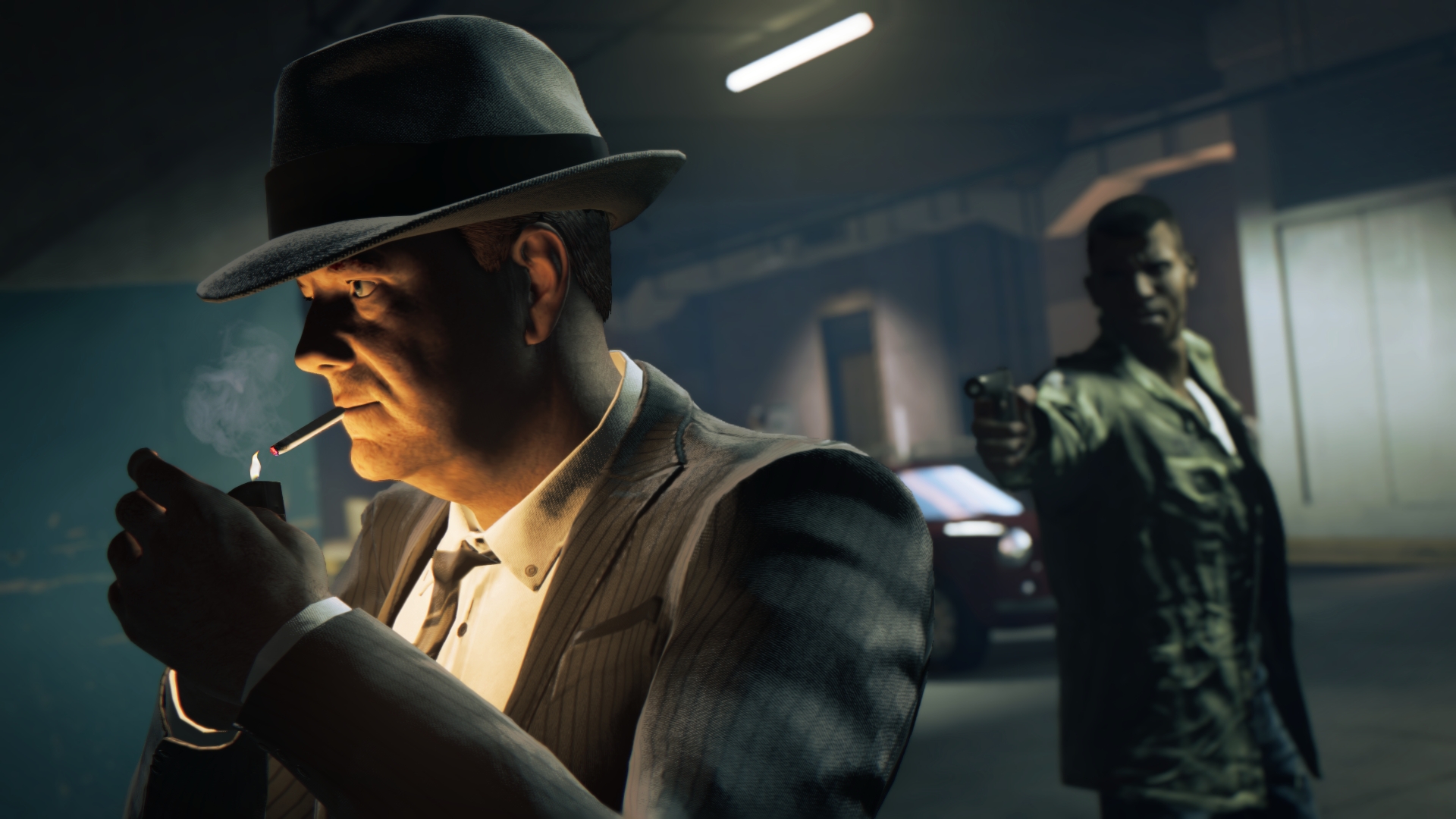 By splitting up the narrative between events happening in real time to flashing forward and showing clips of a documentary being made, featuring experts talking about Clay’s rise to power and interviews with Clay’s CIA ally, players are treated to a well written and full storyline where even the side characters can get quite a bit of development if you treat them well throughout the title.

The problem is, as we’ll go into more later, the game is so insistent on throwing everything it can in the way of player progress. Straightforward moments such as the first couple of hours in the game deliver the most satisfying developments but these moments are few and far between as players must slog through countless repetitive tasks every time they want to advance to the next stage in the story, leaving players a great story to be found but one that is tiresome to work for.

Players will find that most of Mafia III plays similar to what fans of the series are familiar with despite the years that have passed since the last entry. The majority of the game’s action falls into simplistic driving sequences, basic gunplay that relies mostly on cover to survive, and little else. There is a bit of challenge here though as players are limited to carrying only two weapons at a time (though there is little actual difference between most weapons) and are given very little in the way of regenerating health at the start. This means a well-placed shotgun blast could easily place Clay in a critical state if you aren’t careful but unfortunately the enemy AI isn’t exactly intelligent. 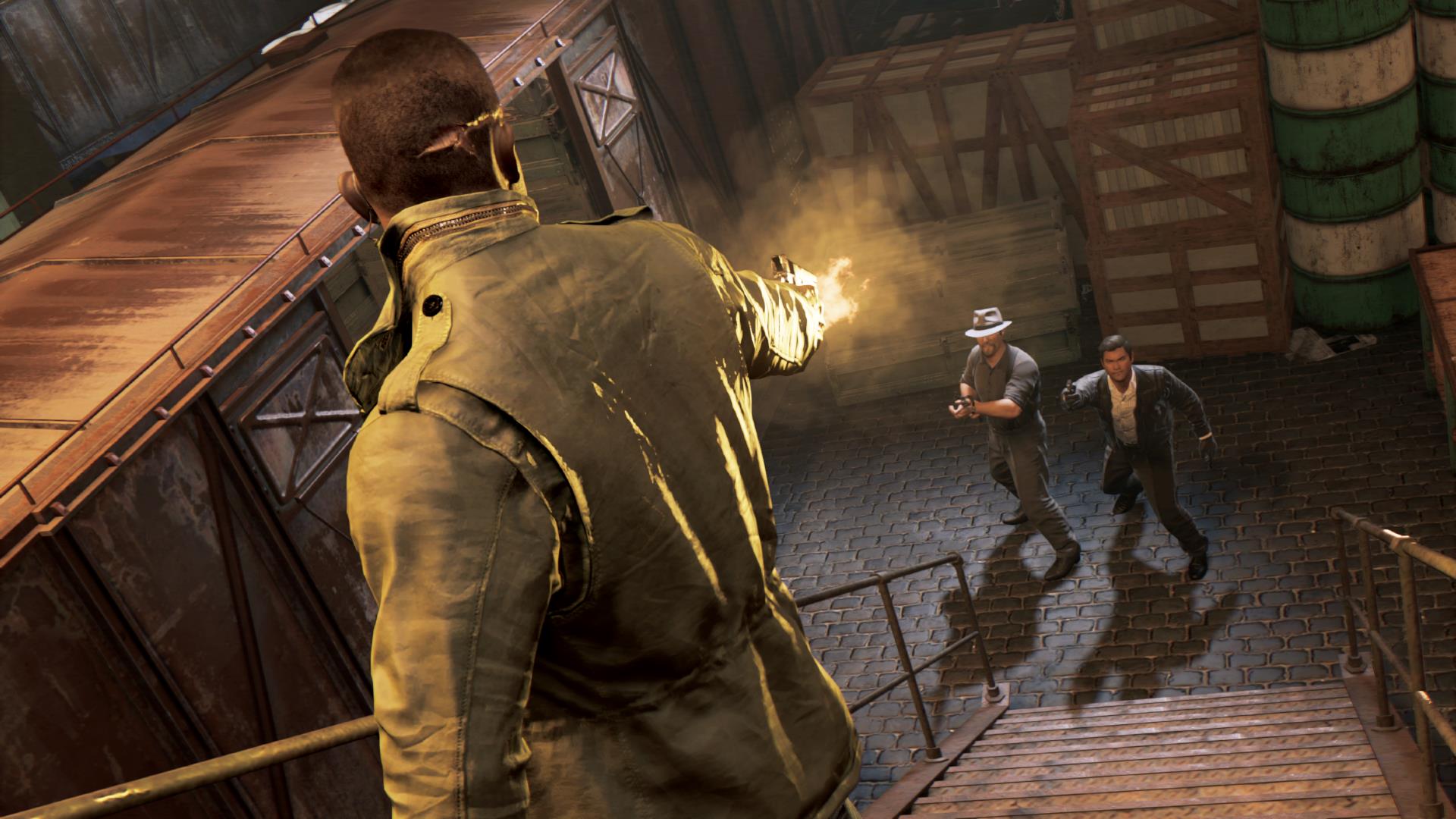 More often than not they will simply stay behind the same cover that is being torn apart by your gunfire, run in a straight line at you, and never even make an attempt to dodge thrown Molotovs. Even the driving sequences are fairly tame since players can easily make use of the targeting mechanics to target a driver and put a stop to a chase, making even police confrontations (where the cops do not drop ammo of any kind) something that players shouldn’t really worry about.

Of course, players also have the ability to sneak around a bit more in this entry. Playing the stealth role, Clay can sneak around enemies and take them down either with his combat knife or simply knocking them out (players are given the choice to swap between lethal and non-lethal takedowns in the options menu). Since the enemy AI is still poor regarding the stealth mechanic, they will always come whenever players whistle allowing for players to separate single enemies from a group and then take them down behind cover with little concern. Takedowns can also be quite loud if you choose to as brutal takedowns that happen during combat will draw attention to you but also, if performed correctly, will stagger other enemies witnessing the death of their fellow goon. 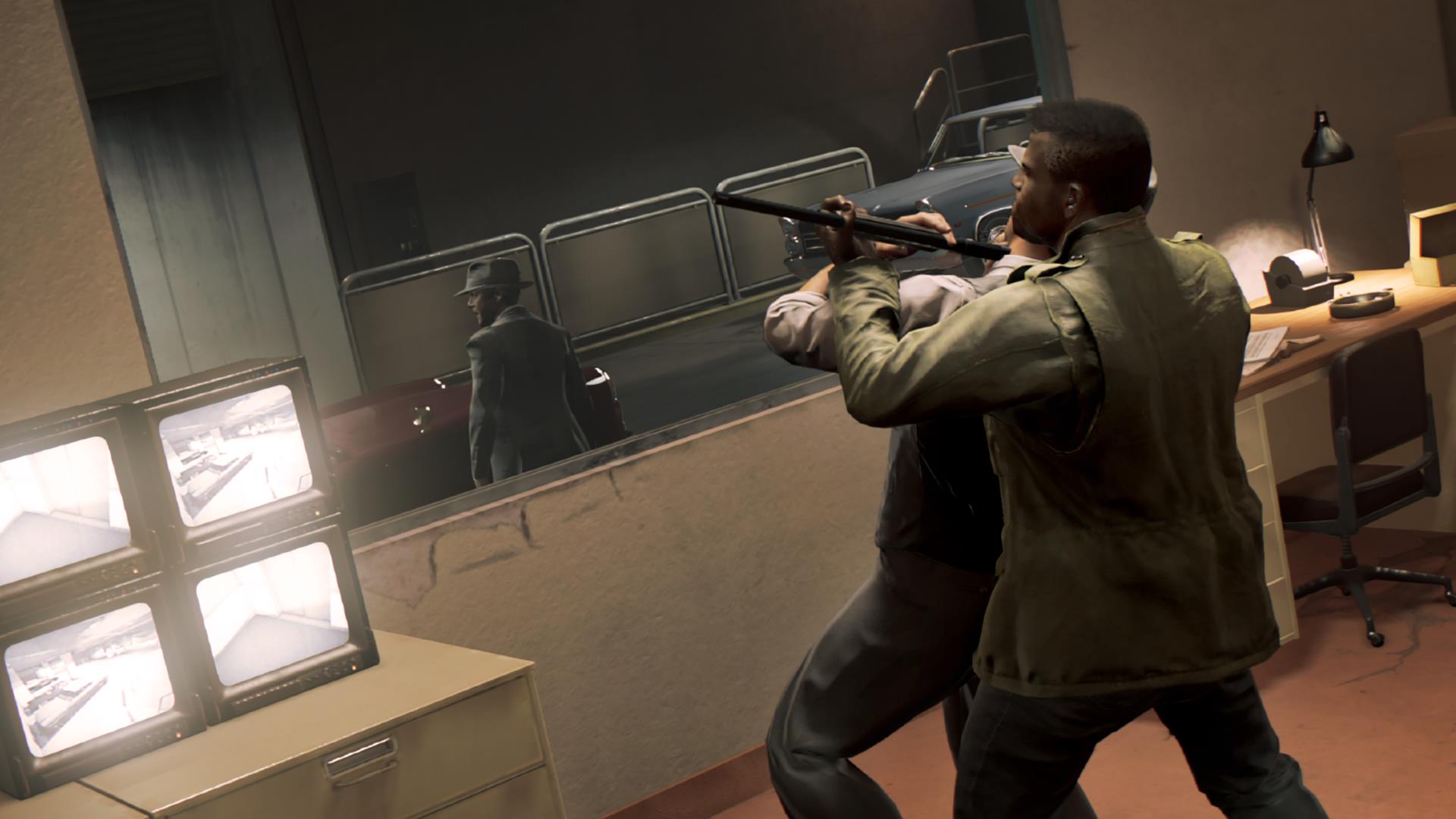 As mentioned before, Mafia III story plays the racism angle as straight as you would expect given the time frame and location the game is meant to take place in. This doesn’t factor into the gameplay at all however outside of some businesses threatening to call the cops if you don’t leave. Players will regularly be able to knockout multiple bystanders in rich neighborhoods, rob stores, steal cars, and more and have nothing different happen to them. Speeding past a cop car while driving on the wrong side of the road won’t even get you a glance from the police most of the time, though the opposite is the case when it comes to witnesses reporting crimes. In this case, even when the operator suggests that a crime in a certain area of town isn’t even worth the time to check out the cops will be in the area as fast as they will in even the fanciest neighborhoods.

Since the driving mechanics are fairly standard with easy to use driving combat mechanics, shooting segments being occasionally difficult but generally mundane thanks to the lack of intelligent enemy AI and most weapons feeling the same, and the risk of being caught for crimes low, you’ll be wondering just exactly what there is to do in New Bordeux and in Mafia III’s case, it is taking down numerous rackets one after another using the same exact patterns every time. 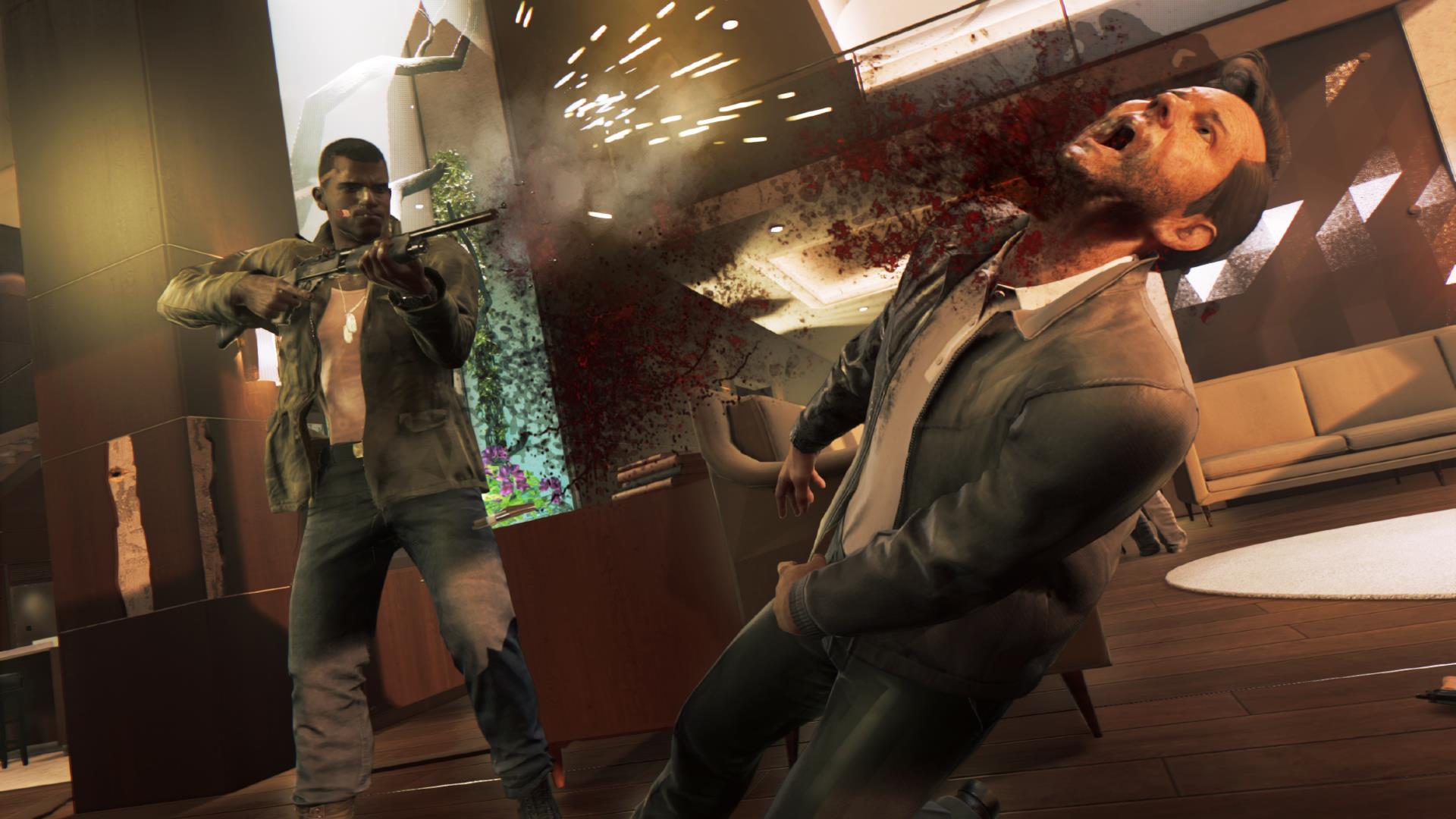 Every time players are asked to take down a racket of any kind, be it drugs, prostitution, or something else, they must shakedown an informant who can then either be killed or recruited, kill various enforcers, steal money, smash or free the product, and then when the value hits zero they can then take down the actual boss of that racket and take it over for themselves, eventually gifting it to one of your Underbosses and then aiming to take down one of Marcano’s main men in the only missions that really shine.

The novelty of this process quickly wears thin after taking down multiple areas and although various perks can be gained from your Underbosses for doing side-quests and there are collectibles, including classic 1960s Playboys that feature articles and signature centerfolds, there is little else to really do in the city.

The world of Mafia III is created with quite a bit of detail put into making sure various districts have a certain look to them, providing a unique contrast between some of the worst parts of the city and the best. This means that there are some beautiful designs to be found here though the fact that there is very little to actually interact with in the world means you’ll mostly be seeing things at arm’s length outside of driving cars fitting the area and the aforementioned collectibles featuring artwork, and real magazine snippets taken from the time. 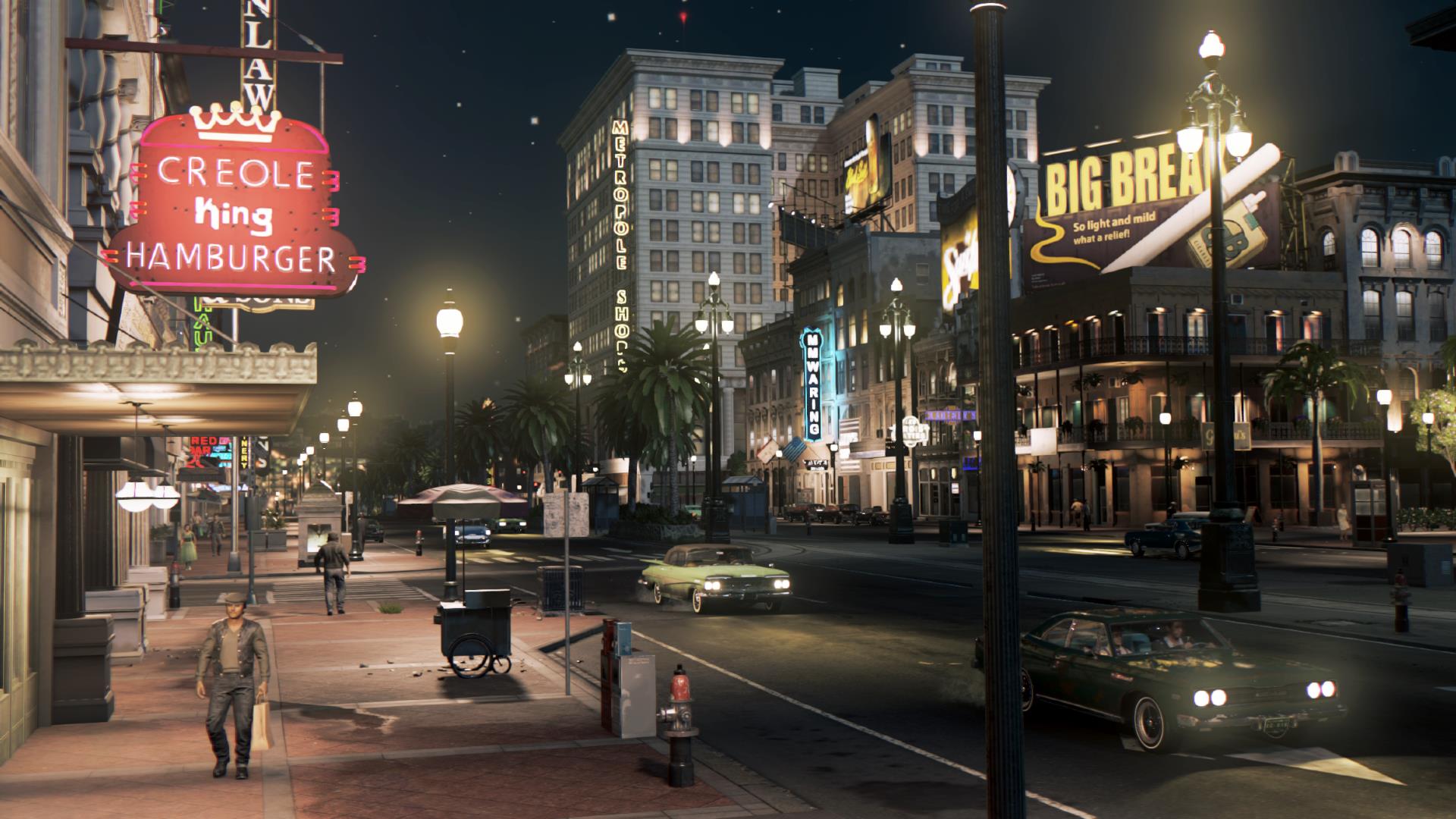 Fitting with the time period players will find that the radio stations have music that could only be found in the 1960s and there is some great music to be found here, especially since the various hosts of these stations will occasionally chime in about current events and the way things are in the world at the time. The actual voice acting from the characters is incredibly well done, making the aforementioned story segments all the better.

Mafia III is a game that features a well-written storyline and nicely handled characters but unfortunately this narrative element is kept limited thanks to the unimaginative gameplay mechanics and the repetitive nature of the missions players are forced to go through. For every memorable moment in the story or amazing mission development there are five moments that feel like nothing more than a way to stall players. As such despite what this game offers narratively, it lacks in actually keeping players engaged.

With a great narrative and intelligent writing Mafia III’s story holds up great but the fact that players have to deal with a repetitive mission structure while facing off against poor AI with easy to use but unimaginative mechanics means that it will often feel like work to actually see the gem of a story hidden beneath the dated gameplay.
6.5