Let’s face it. IOS isn’t just for the group of players who’ve unfairly been deemed casual – amongst the tap based puzzle games and excessive amounts of shovel wear lay a variety of different RPG’s, fighters, racers and even shooters. One of the latest shooter based titles to burst onto the App Store is M.U.S.E – the latest title developed by Lab Rats Studio and published by Ayopa Games.

Player’s are given the chance to play as Sid Tripp, the hard-boiled agent for a government organisation known as M.U.S.E. As a representative for M.U.S.E. Sid is the only thing that stands between the super villain Psychosis and world domination. The story is fairly straight forward, but it’s still enough to get you going. Cut scenes are infrequently used to push the narrative forward and frame the movements through out the game. Even though it is a fairly typical story of authority verses villainy, it’s nice to see some original stories emerging in the App Store – coupled with some nice gameplay and high quality graphics. 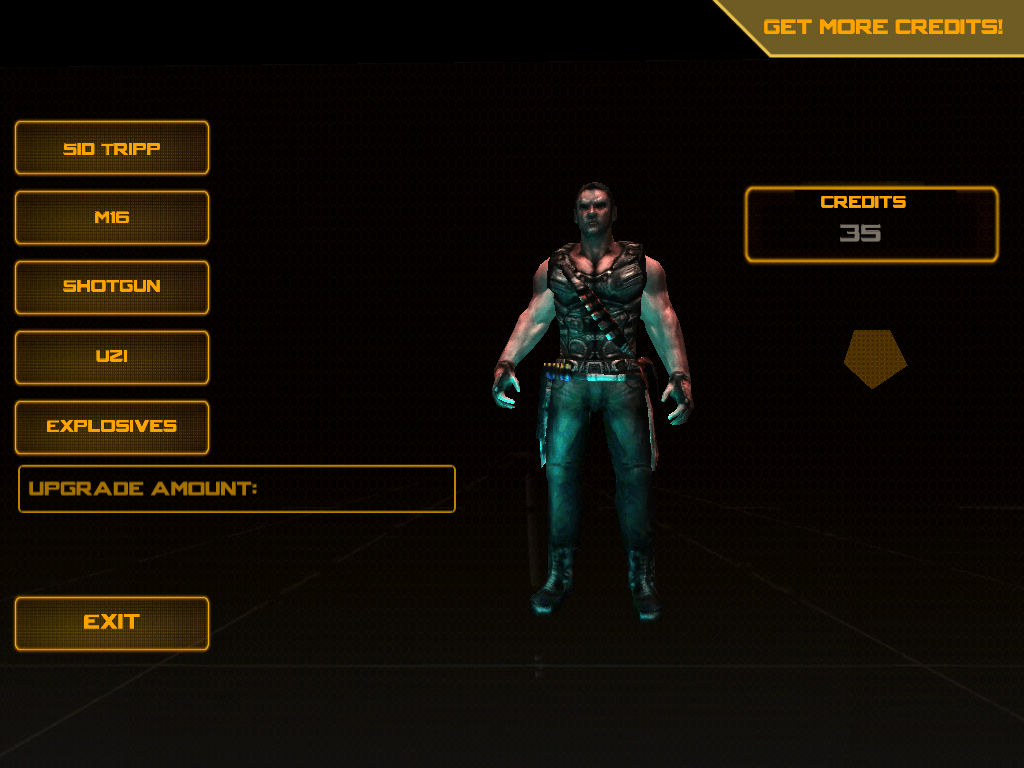 Mechanically, M.U.S.E has everything down. The dual thumb control that has become standard in iOS shooters is better than average, I particularly like the lack of a virtual joy stick, giving you a bit more freedom. The shooting button and option to throw grenades are all positioned well, however when it comes to reloading or swapping weapons your thumb may be a bit out of touch, at least on the iPad. The reloading is a little slow, and the fact that I am warned of it’s speed, or lack there of, doesn’t take the sting away when in battle. Being on the receiving end of a barrage of bullets attempting to reload my machine gun is never fun. As time progresses, more and more weapons become available, and gradually its possible to come accustomed to swapping instead of reloading – making the game a little easier and more enjoyable – but it does take time. Standard buttons have also been added in for crouching and for rolling – giving you a little boost in action, mobility and strategic movement. There is no doubt that this is a great effort making a shooting game for the iPad – it just doesn’t seem to have anything highly innovative in regards to the mechanics. However, there is the interesting element of RPG style upgrades. As you progress you can upgrade gun clip sizes and loading time – which is a nifty little element that I don’t see too often in games. 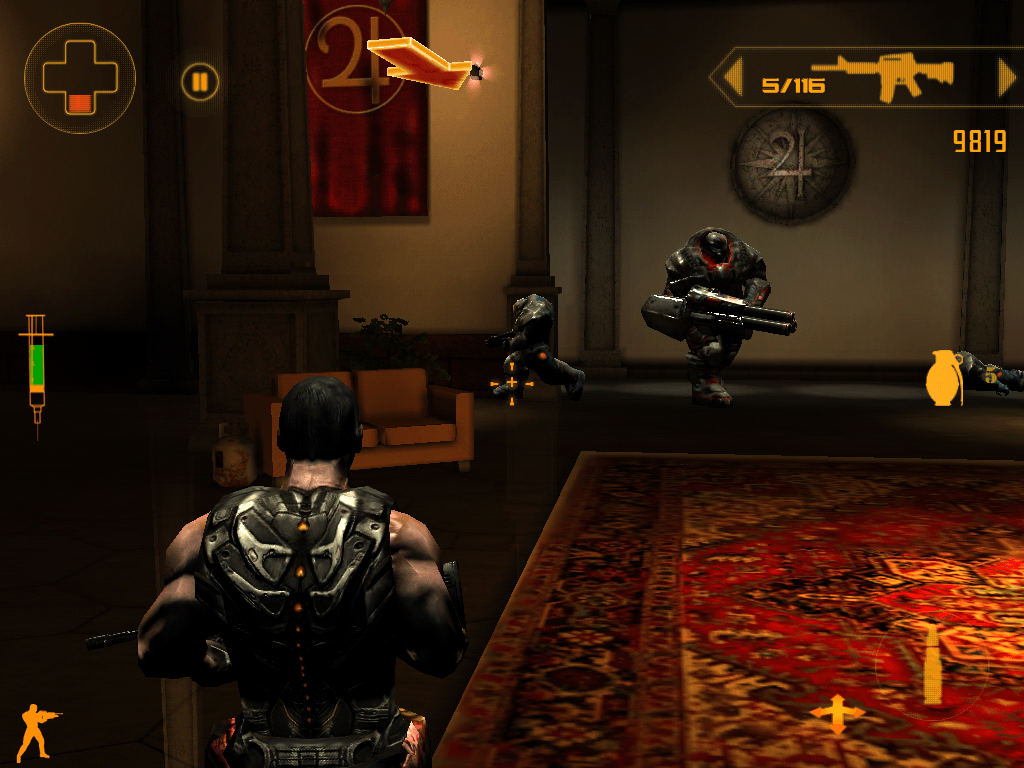 A year a ago, M.U.S.E would’ve been a visual knock out, but unfortunately time has ravished it’s once youthful looks. Don’t get me wrong, it’s still pleasing to the eye. It’s just that within the past year iOS graphics have launched from rendered 3D akin to the PlayStation 2 into near-contemporary console/PC worthy works of beauty. The world and characters instead take on a more gritty science fiction dystopia theme, which fits with the story of the game, which visually isn’t as amazingly vivid as an iOS title could be. That being said, for an independently developed and published title, M.U.S.E is on the high end of graphics, and there is extensive detail and an obvious amount of care that has been given to the world, in terms of design and functionality. 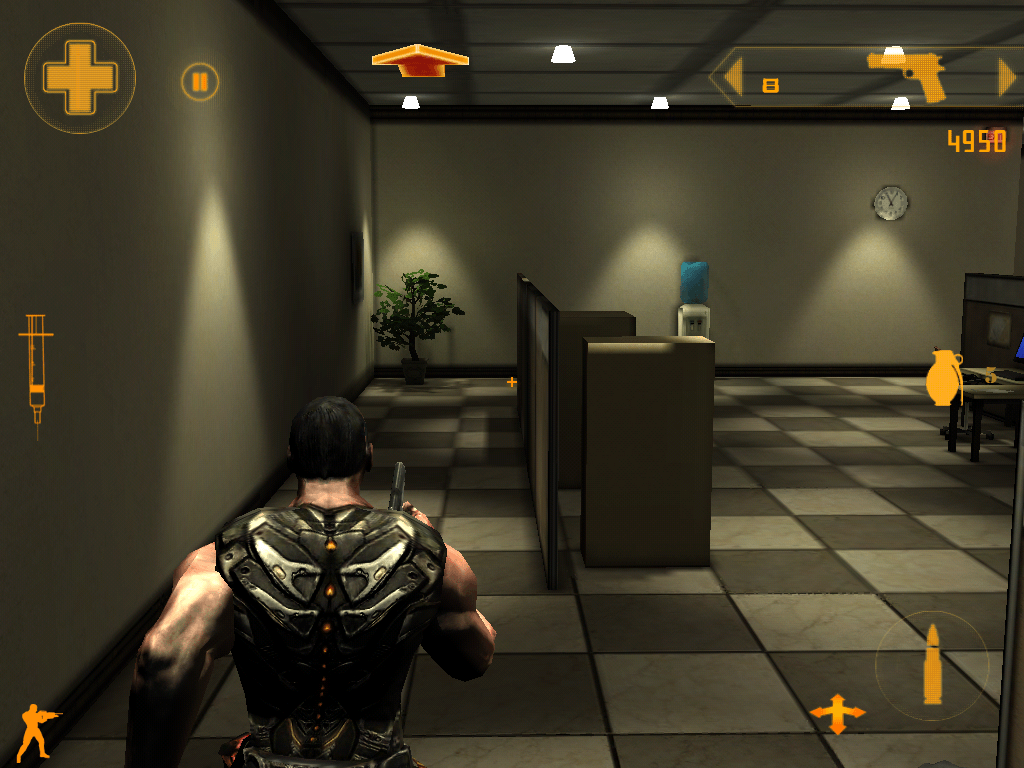 There seems to be a rather severe lack of music through out M.U.S.E., but that’s not to say there isn’t any audio design at all. On the contrary, there is a cacophony of gun shots, explosions, wailing alarms and laser cannons blasting from my iPad’s feeble speakers. If you decide to play this title with ear phones plugged in, be sure to turn the volume down, it’s going to get loud! 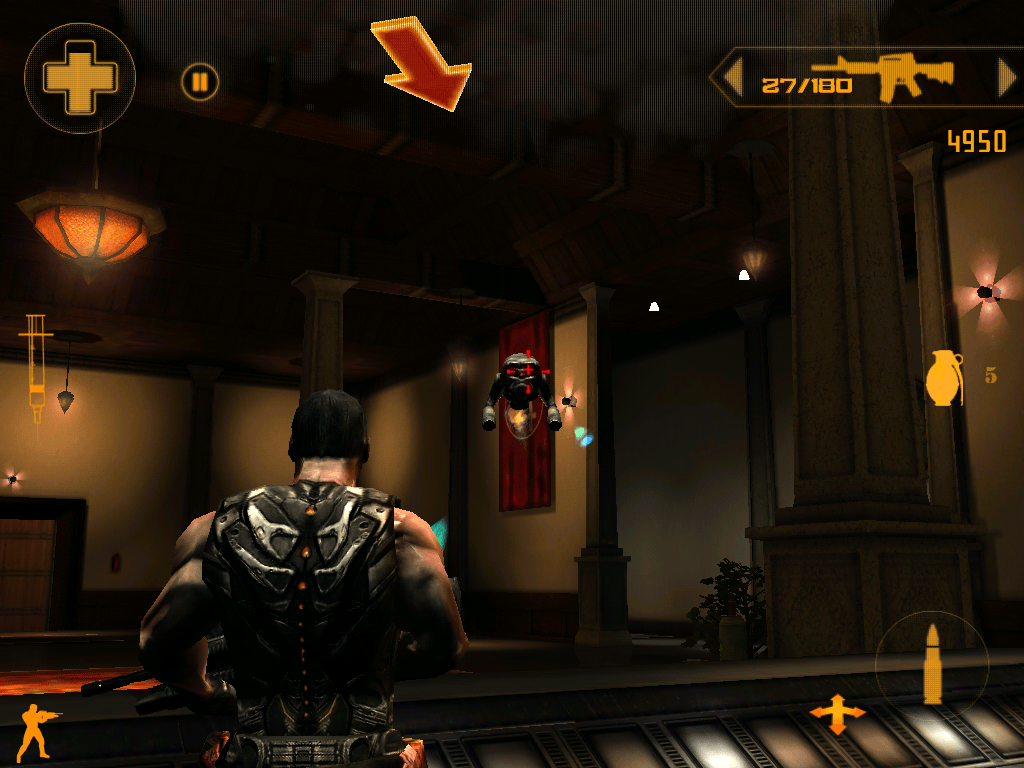 M.U.S.E performs well mechanically, has some great graphics and a unique visual style. While the audio may feel a bit drained and the story a little thin, the game itself performs well. I’d recommend this title to any iOS shooter fans who are looking to branch out perhaps away from the console clones such as Call of Duty or the long list of Gameloft titles, and ease their way over to M.U.S.E. With very few quality, original titles popping up in the App Store, M.U.S.E just may be that breath of fresh air you need to keep on playing games on your iOS device.