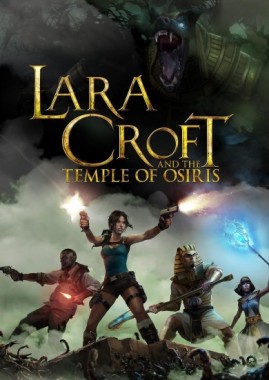 2010’s Lara Croft and the Guardian of Light was a bit of a deviation from the popular Tomb Raider franchise that took the titular character and put her in a dungeon-crawler styled puzzle game instead of her usual foray of third person action/adventure games. Guardian of Light turned out to be a critical success, garnering a tonne of positive press when it released. Fast forward to this year and Crystal Dynamics are at it again with the direct sequel – Temple of Osiris. In this adventure, Lara will team up with a rival treasure hunter and two Egyptian Gods in order to uncover the secrets of the Temple of Osiris as well as make it out alive. 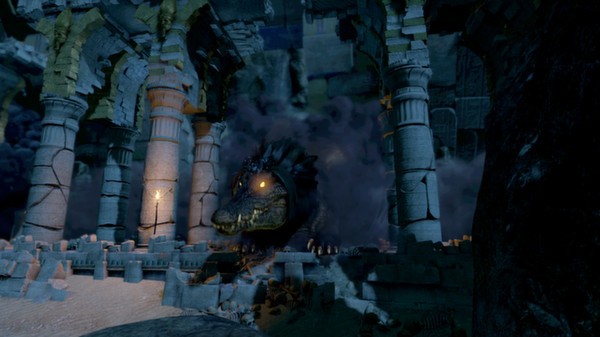 A sequel to Guardian of Light, Lara Croft and the Temple of Osiris has our stalwart heroine facing off against the evil Egyptian deity – Set. The only way to stop Set’s plan for world domination is for Lara to team up with a rival treasure hunter; Carter Bell, and two imprisoned gods Horus and Isis to collect the fragments of Osiris. The story is quite frankly a little bland and forgettable. There’s nothing offensively bad with the writing, but it definitely wont be making any “best gaming stories” lists in the near future.

For those looking for a more grounded game set in the new universe that was created by 2013’s Tomb Raider, you might be a little disappointed. Temple of Osiris is separate to that universe and tells a fantastic tale featuring gods, demons and spirits. Not only is this a mythology-heavy narrative, but there is no slow introduction to the concepts, as the opening cut scenes basically introduce us to the gods and demons that inhabit the temple and threaten the world. The quick introduction to the spiritual elements means there is no slow build up means that there aren’t many “woah” moments in the story, but it is an enjoyable romp nonetheless. 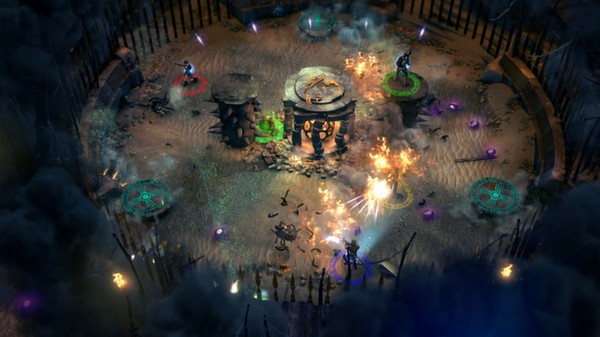 Like its predecessor, Temple of Osiris is a dungeon-crawler which heavy puzzle elements. Lara and her cohorts each have access to a variety of weapons and skills to help them traverse the environment and solve the puzzles in their way. The two treasure hunters have access to modern firearms and a grappling hook while the gods can cast magical spells, activate a shield and even trigger some of the ancient mechanisms with their ancient power.

In addition to their basic skills, players can find additional weapons and power-ups that allow them special skills like flaming bullets or resistance to explosions. These are helpful for sure but the game’s combat is definitely its weakest part. That isn’t to say that combat is poorly implemented or designed, but it is just flat out easy. No encounter gave me any particular trouble, and unlike other games of the genre that can use combat as another type of puzzle, the battles to me feel more like obstacles in the way of the real gameplay.

Temple of Osiris is a relatively short game, which will only take you about 4-5 hours to complete. However, with the dynamic game design and all of the collectibles to find, there are plenty of reasons to play through over and over again. Temple of Osiris is a game that is absolutely designed for multiplayer and while it is possible to play through the game from beginning to end on your own, it is a much more fulfiling experience playing with friends. One thing that really impressed me about the game was how the puzzle design would change depending on the amount of players you have. Puzzles will retain the same general “gist,” but for every additional player, they change to become more difficult and require more teamwork. This not only makes the game feel more dynamic, but also grants a heap of replayability. Being able to play through the same game twice (but with a few friends the second time round) kept me interested and engaged.

The closest comparison I can think of in terms of other similar games would definitely be Gauntlet. The four player cooperative gameplay, dungeon-crawling, puzzle solving action is straight out of Gauntlet’s book. Despite their similarities, I believe Lara Croft is an all round better game than this year’s Gauntlet, offering players more reasons to play, tighter controls and a full-fledged story. 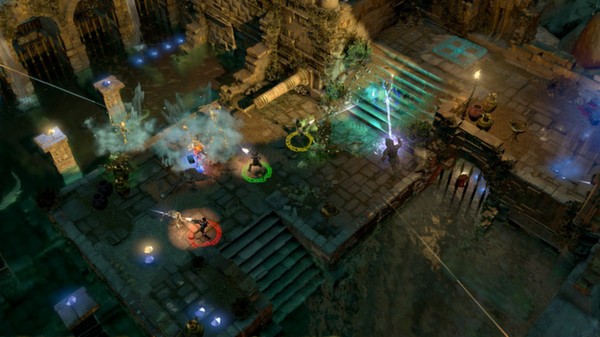 Although it doesn’t lend itself very well to screenshots, Temple of Osiris is a surprisingly beautiful game. Character models are highly detailed and animated beautifully. I was legitimately surprised at how well done the character models were, especially considering how far out the camera is in a game like this. It would have been easy for Crystal Dynamics to half-ass the animation and still have a pretty looking game.

The game’s environments are all kinda same-y, but that is to be expected considering they are almost entirely set inside ancient tombs. While there isn’t a whole lot of variety to the backdrops, they do look pretty cool none the less. Crumbling walls and misshapen bricks on the floor make it look ancient, rustic and exactly the type of place that Lara would love to visit. It is also important to note that the game runs buttery smooth with no lag or frame rate issues – this is great and it helps Temple of Osiris not feel like a poor console port.

As for audio, it is a bit lacklustre to say the least. Whether it is a problem of the script or the audio direction I can’t say but the characters all felt lifeless and wooden. It could definitely be worse but it is far from the best voice acting this year. The rest of the audio isn’t too bad, guns sound like guns and enemies groan and grunt like you would expect. 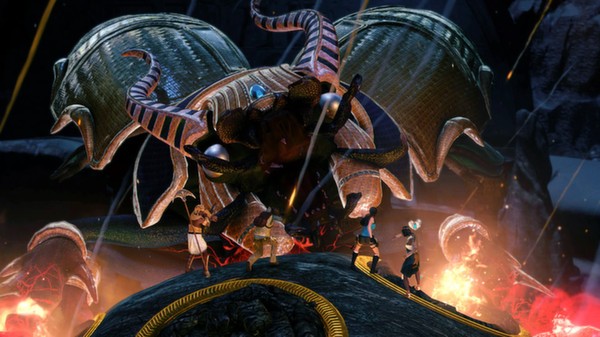 Lara Croft and the Temple of Osiris isn’t the best game out there at the moment, but it is far from the worst. Although it is only a couple of hours long and the combat is a little weak, the game is still a solid multiplayer dungeon-crawling puzzler. The fact that the game adapts to how many players you have and changes the puzzle accordingly is one of its coolest features and one that keeps me wrapped in the game even after two playthroughs. If you are looking for a quick time killer, or a game to entertain your buddies who are over for a few hours then it is hard to go past this one.