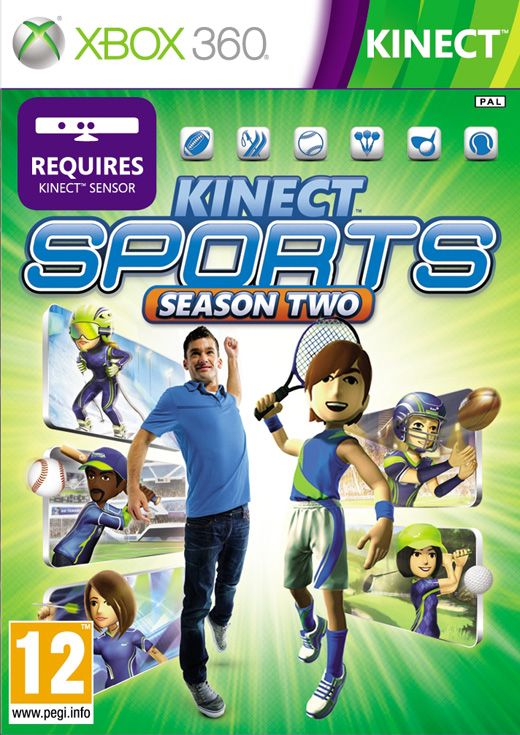 Overview
Motion gaming and sports have been paired together for a few games now. The sports genre seems like a natural fit for video games, and adding the motion control experience to that is a no-brainer. Both the Nintendo Wii and the Xbox 360 Kinect launched with sports games, Wii Sports and Kinect Sports. Those games both had motion controls and they were big hits. As a matter of fact, Wii Sports and its sequel, Wii Sports Resort, were some of the top selling games for the Nintendo Wii system.  Kinect Sports was also a huge seller on the xbox 360.  Now it is Microsoft’s turn to release a sequel for their sports game on the Kinect. Kinect Sports: Season Two features upgrades, better motion tracking and new sports. Does it compete?

Gameplay
Each sport in the game has its pros and cons. Let’s go through and examine each ones respective strengths and weaknesses. 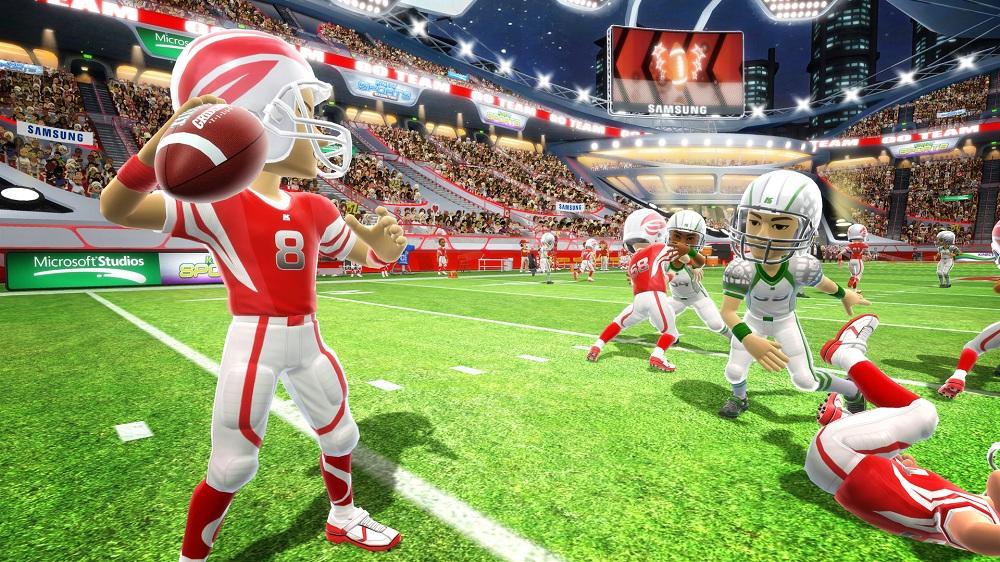 Football
In the beginning, football is very fun. You actually feel like a quarterback as you crouch under center, snap the ball and try to make a play. Even audibling is included in the game. And once you throw the ball, you are turned into a wide receiver and you can make the touchdown, celebration included! You can even perform some Tebowing if you are up to it. However, after about one game, the magic starts to wear off. You realize that there are only about 6 plays you can actually call. There are 2 short, 2 medium and 2 long pass plays in your “playbook”. There is no rushing, and no defense. You can’t even call a field goal unless the game decides that you are in range. In addition, you can’t turn once you have caught the ball. That’s right. All you can do is run as fast as you can until inevitably you are tackled from behind. On top of that, you can’t even stiff arm a defender. Overall, the motion controls enhance the experience, but there was a lot cut from this sport.

Tennis
When playing tennis you can serve, move around, do a backhand and control your shots pretty well.  The Kinect controls do make it feel as if you are playing tennis, but overall its just boring.  You and the AI just volley back and forth until someone misses.  There is very little strategy or different kinds of shots to make. Unless your playing with someone else or going for achievements, there is very little reason to play tennis.

Golf
Golf is the best game on the disc by far.  Every piece of the golfing experience is accurately represented. For example, you can shade your eyes to see the hole better, and the game will give you a flyby of the what the the particular hole looks like and how to approach it.  You can crouch down and divine your putts.  Those are just two areas of how golf in this game uses motion control to actually enhance playing golf in a videogame.  Nearly every other movement from golf is also included.  In addition, the controls for swinging your club and positioning your avatar are very easy to use. 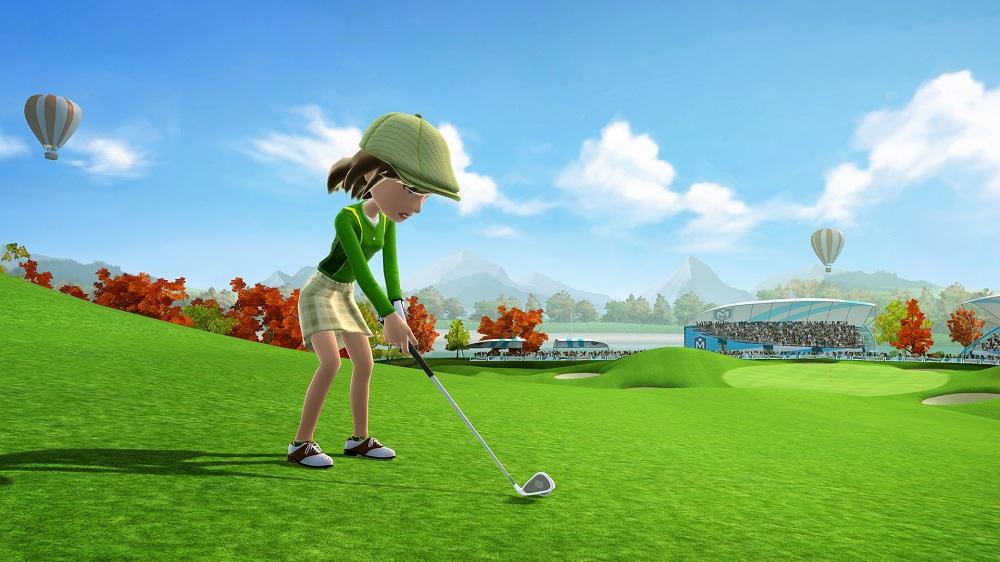 Darts
Darts are probably the second best game in Kinect Sports: Season Two.  Trying to aim and throw your darts with precision is tough, just like in real life,  It was a very intense and pressure filled game as I fought to take down the AI.  This is a very good alternative to setting up a dart board in your home.  You don’t have to worry about putting holes in the wall, kids throwing the darts at each other or keeping score.  All in all, the game of darts is one reason why some may consider buying this game, especially for the multiplayer.

Baseball
Baseball is the least fun sport in Kinect Sports 2.  Batting merely requires that you swing.  It doesn’t really matter whether you look for strikes or balls, as most of the time you can get  at least a hit by just swinging.  As long as your not REALLY late or early, you will probably get a double, triple or even a home run.  Pitching is a little more challenging and fun, as the catcher will give you clues as to what pitch to throw and what the batter dislikes in terms of pitches.   However, you can only throw a few different pitches like a slow and fast straight ball or a slow and fast curve ball. As you can imagine, that gets old fast. Fielding merely requires that you hold your arm out.  Overall, its a complete snoozefest.

Skiing
Skiing is undoubtedly the simplest sport in the game.  All you need to do is turn and try to steer through the flags on the course. Occasionally, you will need to hop to do a jump.  It may be fun with others and for young kids, but mostly it felt like an unfinished game type. 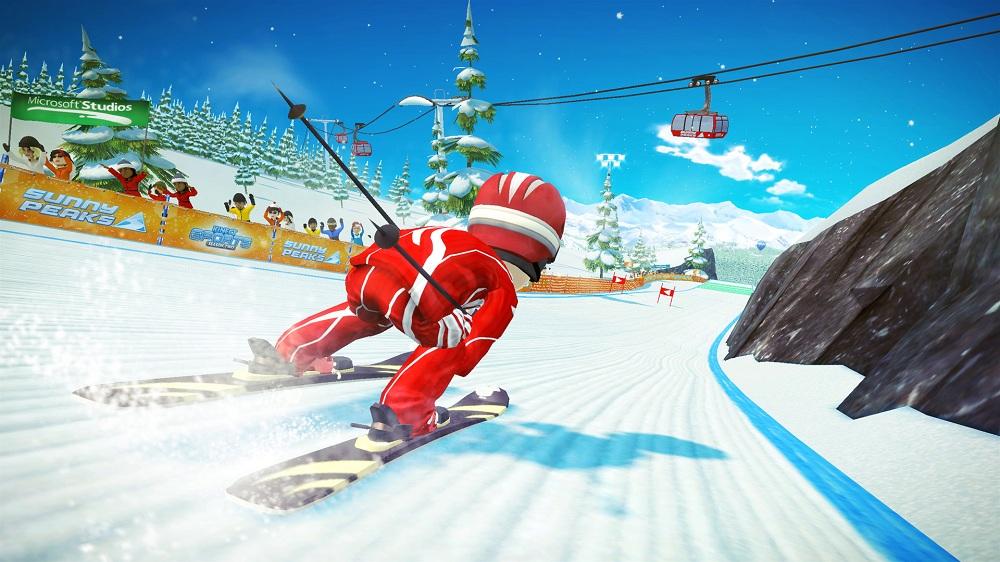 There are some other features in Kinect Sports: Season Two that are worthy of mentioning. Each sport in the game has bonus mode that is very arcade in nature and usually focuses on getting the highest point score. These game modes are fairly entertaining and sometimes they are better than the actual game. Kinect Sports: Season Two also has a “Challenge Mode” where you can send out to challenges over XBL to your friends and taunt them with your high score. Of course, they can also do the same thing to you. If you beat their score, then you can shut them up.

Tutorials deserve a special mention in the game. Rare did a tremendous job easily explaining all you need to do in game. For example, I have never played a real game of darts in my life, and I had no idea what the goal of the game was. However, after two 45 second videos, I had a good idea of what I was supposed to do and why. After the game was completed I felt I had a strong understanding of some of the strategies involved in darts, although I am sure there is plenty more to be learned.

Audio and Visuals
Kinect Sports does pretty good in the audio department. There are a lot of licensed tracks that play when you finish a game or when you do spectacular moves. In addition, there is voice-over that tells you what to do. Whoever recorded these has great voice, and they made the game that much better.

In addition to the voices of the game though, your voice also plays an extensive role in Kinect Sports: Season Two. Nearly every menu item or choice can be adjusted with just the dulcet tones of your charming voice. It is great to just speak to the game and have it do everything. No waving your arms, pointing your finger or yelling at your cousin to give you the stupid controller already. Voice control is also used extensively in many of the sports. For example, you can hike the ball with your voice and you can switch your golf clubs by merely stating what you want.

On the other hand, visuals are not so good. They may not be Wii Sports bad, but they could have been much better. Other than that they are in HD, and they have much more detail in the backgrounds than Wii Sports did, there is little to praise about them. They are functional and they look ok, but they were obviously not a focus point for the developers. 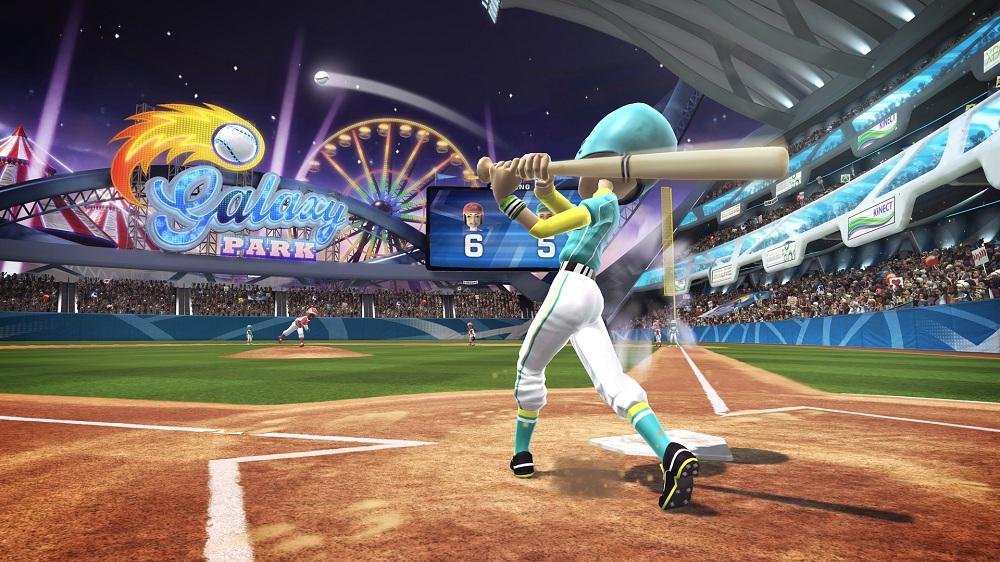 Overall
In conclusion, Kinect Sports: Season Two is a great party game or family game night experience. The motion controls make you feel more connected to what you are playing. In addition, each game is easy to pick up although mastering it may take a few tries. However, Rare cut so much out of each sport that strategy and excitement was lost. There was no reason why could not have kept some of the more in-depth parts of each sport intact. And that is the biggest failing of this game: there are so many missed opportunities where Rare could have added elements that enhance the experience. For example, turning while running in football or being able to do tricks in the air while skiing. Its a crying shame that each time you play one of the sports, especially baseball or football, the experience tends to blend together, until eventually (about the 4th or 5th time) it feels like you are slogging through the same thing you did last time. Take football for instance. All you really need to do is throw long passes and run a bit. That is all it takes win. The other sports games have similar problems. For about 4 hours, this game is a blast as you learn everything and feel like you are ACTUALLY a part of each sport. However, unless you play with others, Kinect Sports: Season 2 begins to be a bore. All in all, a few of the sports are great anytime. Darts turns out differently every time and is basically like a real dart board. Golf is just superb fun. But every other sport has had so much cut from that it is sometimes a wonder they are still playable. Nevertheless, if you need a party game, you could do much worse, as there are plenty of Kinect games that don’t have the extensive voice control options, the variety of gameplay, or the accurate motion controls.