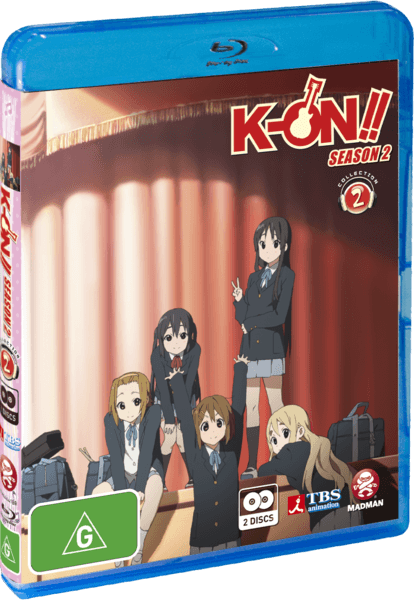 K-On!! follows the story of an all girls highschool light music band called After School Team Time, or Hōkago Tī Taimu in Japanese. The series is a lighthearted comedy based around the life of this band. This particular collection covers the story of the girls’ dilemmas for when it is that they’ll be leaving highschool and moving on into college.

Much like the rest of Kyoto Animations previous works, this series is over the top in cuteness. Is this the series for you? Does this particular disc warrant a purchase, or does it see the show fall into slump? Read on to find out.

The second half of this season deals with the impeding loss of Azusa’s fellow band members After School Tea Time due to their finishing off their final year of school. During this period of time between just before the start of the school festival and the girls leaving we see them do a lot of things that they would have to do. 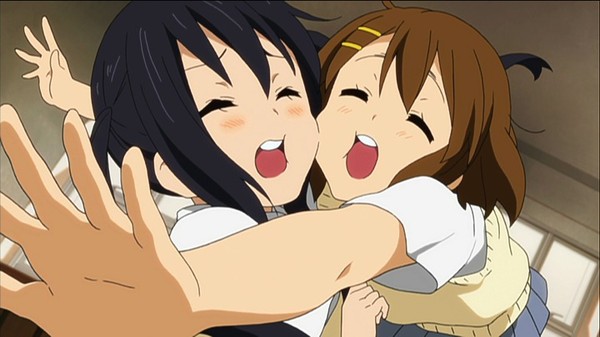 The stories told in this disc primarily deal with the school festival up until the school girls leave for college. What I really liked about the story was that while each episode seemed to have its own story going on, each of the episodes were tied together in a continuous story.

One of the main things I didn’t like about this particular disc was there weren’t enough actual performances by the girls in the light music club. I think that in the entirety of the series they perform all of one actual performance and only play a couple of others in their practice room. As a series thats main draw is cute girls in a band playing music, it honestly felt more like cute girls in a band doing cute things and occasionally playing music. Not that that’s a bad thing, but if you’re watching this for only the performances then you probably should avoid the majority of the episodes.

However, each episode is always highly entertaining and the girls of HTT (Hōkago Tī Taimu, After School Tea Time) are always doing things in a comedic manner. I dunno, there’s just something about watching cute animated girls doing things that makes it both entertaining and cute. I can see why this show has such a large following. I will say though, that if you’re not the kind of person that likes these kinds of shows, you will probably absolutely hate K-On!!. 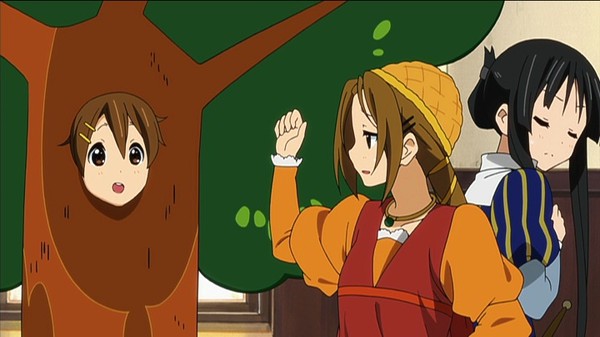 What I didn’t expect to happen over the course of this second half of a second season is to, not fall in love per se, but to have gained some kind of reactionary feelings towards these characters. The whole time during the series I was feeling the girls highs, their lows and I could sympathise with their positions at certain times. Note: My only previous experience with the franchise is from the movie which you can read here. Actually, the way the movie is merged into the series is pretty well done, I didn’t notice it at the time, but after watching the show; I was able to point out the segues.

I’d say that overall, the story is pretty good and filled with a bunch of entertaining moments. There needed to be more performances, but for what the show is, it works. 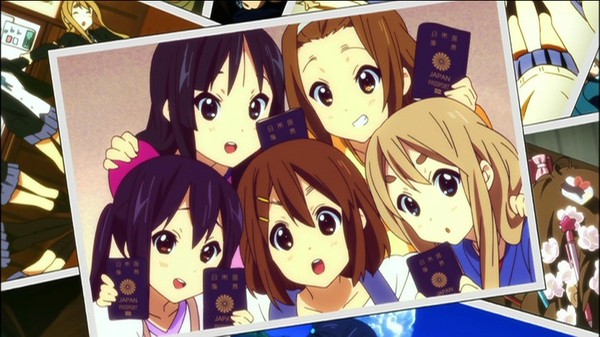 KyoAni are notorious for their cute girl Anime designs. If you’ve watched any of their past or present series’ you’ll kind of have a good basis on what to expect from K-On!!. For this kind of series though, I think it fits really, really well. This is not just in regards to the majority of the series, but for the very few performances as well.

I quite liked how each girl has her own unique look and feel that tells you at a glance what each of their character traits are. You’ve got the obviously shy girl that everything thinks is cool, the tomboy girl, the negative girl, the sweet girl and the air-head. I’m reasonably certain I’m not missing anyone.

The animation is quite fluid, especially for me. I didn’t have any issues with the way cells were merged or anything, it was all pretty good. 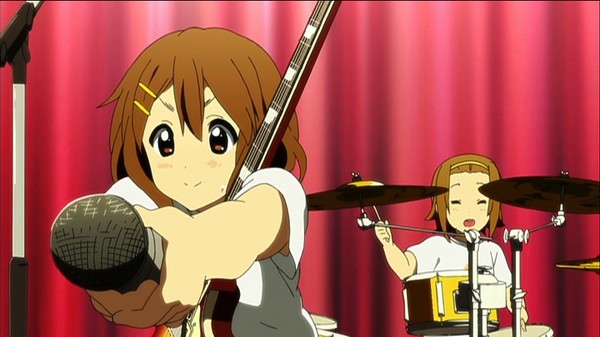 The opening and ending themes for this particular part of the season are great. I also really loved the songs performed during the series, even if they were few and far between.

The one thing that made this experience different from my previous viewing of K-On!! was that the series includes an English dub track. Now normally, cute Anime girls done in English voice are absolutely annoying as all hell and immediately want me to rip out my eardrums and feed them to a lazer shark. Fortunately, the dub cast for K-On!! were brilliant at portraying their characters. While sometimes it does seem like the cute was put on just a little bit, most of the time the characters sound pretty natural. 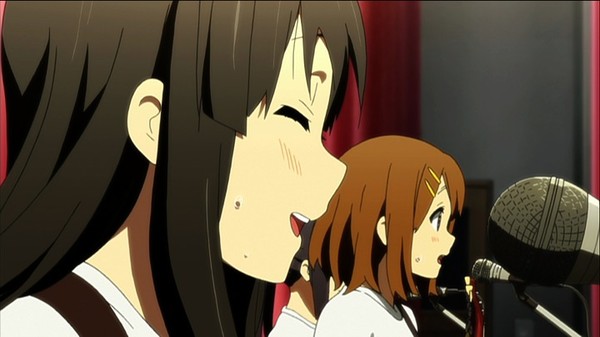 The Japanese dub, I found, was about the same as the dub found in the movie. For my comments on how well the audio worked in regards to the Japanese character dubbing, read the review linked in the above Story section.

The background score was also really pretty awesome, I found it as enjoyable as the rest of this shows audio. K-On!! really is an audio feast.

Listed extras include only Textless Songs. However, I would probably also include the additional OVA episodes as an Extra as well. These are set in between episodes of the main story and don’t really drive it forward, but they do supplement it.

There also your standard Madman trailers for upcoming and released series’. The cover also has some nice artwork printed across its backside, so that’s also a nice addition.

Overall K-On!! Season 2 Collection 2 is a fantastic watch. I feel that even without the previous episodes you will still find much entertainment in this package. However, I’d definitely recommend picking up the earlier seasons before buying this one. If you already have the previous packages, then there is no reason why you shouldn’t grab this package.