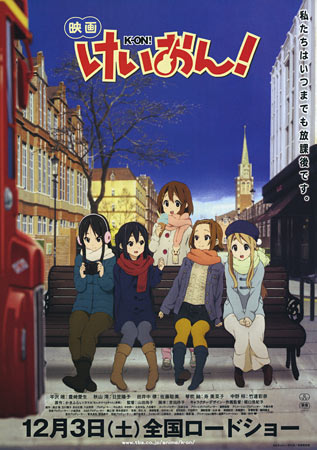 K-On! Movie follows the band Ho-Kago Tea Time’s final few weeks as a part of the Highschool music club before they finish their tenure at the school and move into University. As a premise for a film, it may not sound like something too deep; however it may offer an enjoyable experience to viewers.

What did we think of the film? Read on to find out.

Graduation time is approaching for the senior members in the band Ho-Kago Tea Time and they quickly realise that they’ll be leaving behind their friend and junior member of the music club at their school, Azusa. To combat this they spend the movie preparing a way to say thanks to Azusa. They also plan a trip to London where the majority of the film takes place. 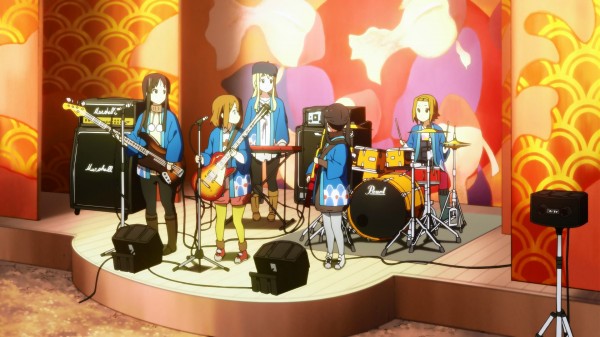 As someone that went into this movie with minimal exposure to the franchise, I wasn’t too sure of what to expect from the film. Like, in general, I’m not too overly fond of moe-blob shows that are too overly cutesy but I really didn’t have any problems with this film. In fact, I actually quite enjoyed watching it.

I wasn’t sure if I would have been able to jump straight into this film, or if I could feel connected with the characters as I wasn’t familiar with the source material. However, I was hooked on the film from the start, which is a really rare thing to happen.

What I really liked in the story was how the characters bounced off each others personalities so well. The group has this kind of synchronisation with their personalities that it makes them incredibly enjoyable to watch from the outside. Having these enjoyable character interactions makes the film much more approachable by someone from the outside (like me) and is certainly the best way to ensure that everyone is having an enjoyable experience. And really, with this cast of characters, I think the film could have worked with any storyline, but I’m glad this one was chosen.

The story has many memorable moments presented throughout it, but the majority of my favourite ones are when the band is actually playing songs. Unfortunately for me, I don’t think the songs were spaced evenly enough and it felt like there was a massive gap between musical pieces. That is until towards the end of the film anyway, where the majority of the bands songs are performed. What I liked about the songs that were performed though, was that they actually served the plot and weren’t just inserted randomly to fit the theme of ‘cute girls in a band’. The songs were also really great to listen to as well. 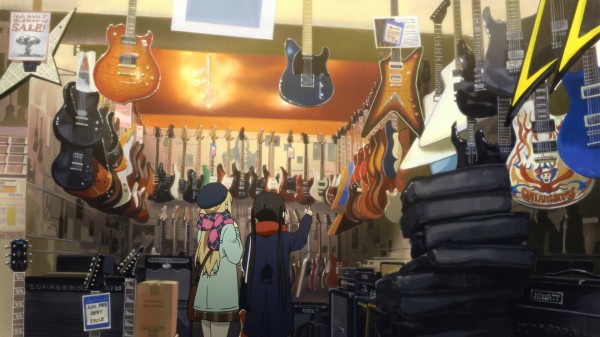 One thing that I didn’t expect from the film (most especially because I had no previous attachment to the franchise) was all of those feels. Seeing the way all these characters dealt with having to leave for university, having to see their friend off and everything else that goes on in the film, you can’t help but feel things. This is especially true towards the end when you’re heavily invested in the films story and things just go the way that they do.

Overall, I loved the way the movie was portrayed from a story perspective. It was able to quickly draw me in and even made me care about characters that I had no prior attachment to. This is definitely a must see film.

As I’ve stated earlier, my experience with the K-On! franchise has been quite limited so I am unable to tell if the visual quality in the film is significantly greater than the film quality of the series. However, as a standalone package, the movie has a quite enjoyable quality with a style that some fans may find overly cute, but that I think works for this movie.

One of the cool things in this movie visually is the way they reference several famous English bands from modern history. Throughout the film, the main cast of girls can be seen replicating various single and album covers from famous bands. One that really should stick out to anybody is a scene where a certain famous band crosses a pedestrian crossing for their cover. For anyone else versed in music, there are also plenty of other references. 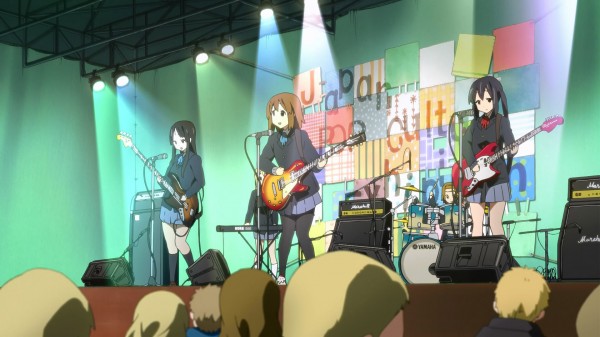 What else was really cool with this film was that the animators accurately portrayed the musical capabilities of a highschool band. What I mean here is that whilst the main characters are performing their songs, we don’t really have them doing anything too overly flamboyant. Each of their stage shows are much more relaxed which makes their performances much more believable for this kind of story.

I really enjoyed what K-On! Movie had to offer us visually. I’ll be looking forward to more from the studio behind this film.

In our screening of the K-On! movie, we were only given the Japanese audio track with subtitles option. I’m not sure if there will be an English dub of this or not in the future, but it would be interesting to see the way they tackle certain scenes in this film if there was. 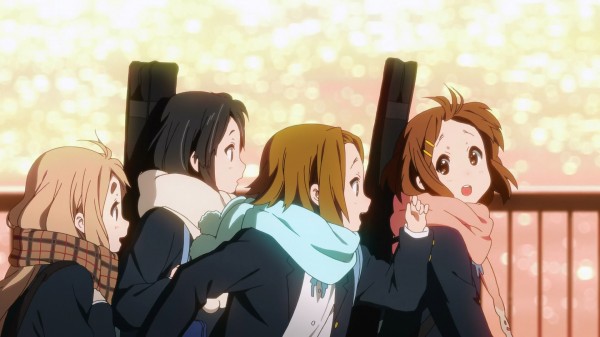 For instance, in K-On! Movie a lot of the film takes place in London and as such, many of the characters speak a great deal of English. Out of all of the background cast in the film, only one sticks out as having a proper English sounding voice-over. The rest of the cast were clearly Japanese voice actors impersonating English. And while the few times the main characters had to emulate English, due to their surroundings, sounded fine during the film, hearing a clearly British person speaking in a different accent was a little off-putting.

However, the rest of the audio within the film was fine. What I really loved about the films audio most in particular, was all of the bands performances within the film. What really got me at one point was we hear the music for a song at about 50% through in a scene that I thought was really important and then it felt like it was going to end. However, we then hear the band play a few full songs, and it evens out nicely.

K-On! Movie offers a plethora of fun, feels and an awesome soundtrack that should give most viewers an enjoyable experience. If you haven’t yet seen this film, I would definitely recommend giving it a go; even if you’re not the biggest fan of the moe-blob genre.