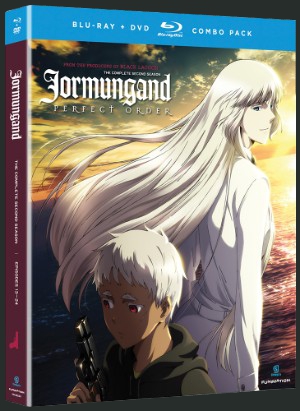 Overview
While the first season of Jormungand was a fairly good series, it did have a few hiccups in that with so many characters not all of them received as much back story as the others and a lack of an overall story or progression throughout the series. Does Jormungand have what it takes to finish the rounds of characters and show what the anime is really about, or will it end up just a meandering narrative bent on showing viewers the world of an arms dealer and her bodyguards? 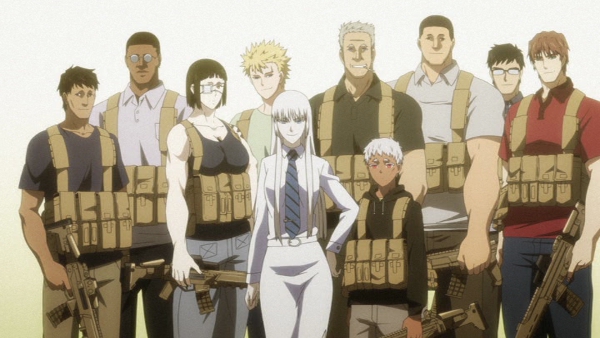 Story
The first season of Jormungand actually did end up leaving off on a pretty big twist and setting up for the next character’s back story, but luckily the beginning of the season is easily able to reiterate the situation from last time and get immediately back into the swing of the series. With Koko Hekmatyar having made so many enemies over the years, it stands to reason that she would have crossed paths with the CIA at some point and it seems that because of this Koko has had a spy in her unit for quite a while.

This is really the beginning of where the plot of the series is kicked into gear, with the first season simply setting up the lives of the majority of these characters and how they came to work for Koko. Exploring the back story of the undercover spy at this time introducing not only more important side characters, but starts to hint at what Koko’s goals truly are and how she might possibly achieve them. While the first season had more one off episodes and two episode arcs, the second season as a whole works much more as a full progressing story, and the remaining character’s back stories actually tying more directly to the development of the plot like nearer the end of season one. 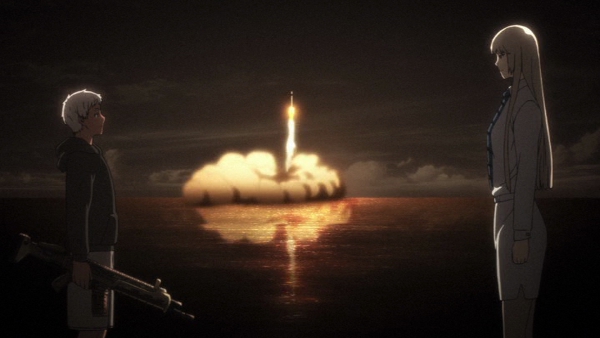 What makes the second season even better is that it isn’t just the present characters that get explored, in one case it actually delves more into the past and gives a better idea of what the team was like before the boy soldier Jonah and many of the others joined the team. This adds so much more depth that certainly was never expected as when Jonah initially arrives the team acts much more like a family than a team of guards just working a job, showing just how much has changed over the years of Koko’s dealings.

Ultimately, when it finally comes time focus entirely on the plot of what Koko has planned, the series does an excellent job slowly building up to the execution of the plan. Though surprisingly, the main conflict in the series doesn’t come from Koko having to try and take on her enemies and achieve her goals, but a more personal conflict that has been building between Koko and Jonah, with his vast dislike of arms dealers and the like. Which makes for a far better conclusion as the internal conflict of the group seems to weigh much more emotionally on the group, then the external as Koko’s team is just too great at what they do. 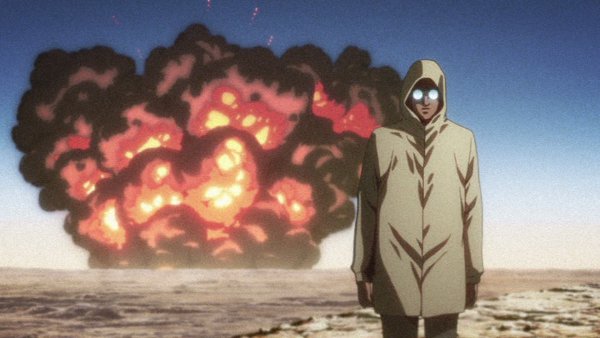 Visuals
Coming so quickly on the heels of the last season the vast majority of visuals are on the same level, but as the plot gains speed the anime does start going in a much darker direction and facing off against new enemies. With these additions though, Jormungand is still easily able to keep up the quality and seems to do a lot more with the action scenes this time around. While the first season had great action, the second is still able to improve on this with the scenes being more extended than before, as they fight more groups of enemies instead of just two or three.

Audio
Again, as these seasons occurred back to back the quality is still much the same with the same actors still doing a very good job in the roles, there were several new characters though and voices that came with them. Adding in these new characters though they have still preformed well, especially with such a wide major cast. As this is also the final season to conclude the story of Jormungand, the return of some of the minor characters to see where they’ve been and where they are now does adds to the experience as well, especially with the returning voices. 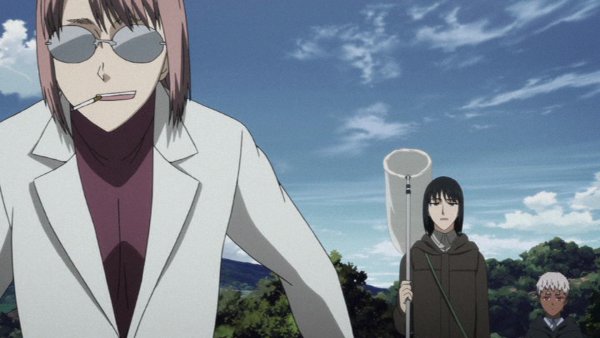 The music is also able to keep up the quality as Koko’s team continues to travel to different locations and get into fights, but there is also a new opening and ending theme for Perfect Order. The opening theme this time was “UNDER/SHAFT” by Maon Kurosaki, which fits perfectly with the character of Koko, even more so this time as it is literally the codename for the CIA mission centered on her. The ending theme, “Laterality” by yanaginagi, in contrast is more about Koko from the perspective of Jonah and the conflict arising between their opposing views. Like the first season, there is an additional ending theme, “Shinjitsu no Hane” by yanaginagi, that acts as a sort of farewell to another character though this time is has a lot more meaning as they were around much longer than the assassins in the first season.

Extras
The special features for is very much in line with regular FUNimation releases and with the first season. This time fans can hear commentary on Episode 15 and Episode 24 as the American cast talks about their characters and working on the show. Likewise, there are opening theme and both ending themes available to view without the credits text and the trailers for the U.S. release of Jormungand Season 2: Perfect Order and other releases. There is an additional special feature, with the American director and two leads talking and exploring the different members of Koko’s team that gives a nice insight into their background and how they fit into the team. 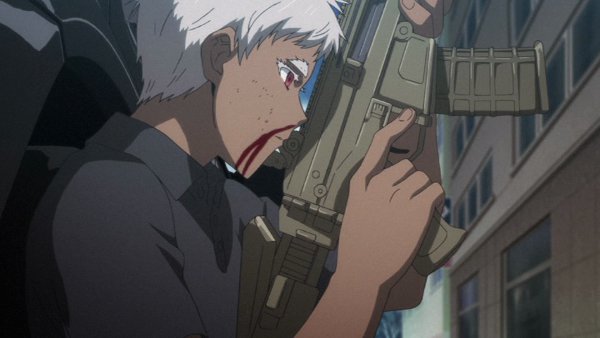 Overall
With a lot more focus on the plot and finishing off the final few character back stories, Jormungand Season 2: Perfect Order is the perfect compliment to the first season. With no problems matching the quality of either the visuals or the music and voice overs from before, Jormungand is able to bring the story of Jonah and Koko to a definitive close. Fans of character driven plot with a good splash of action should find a lot to like as it explores the past and present lives of Koko’s team as she nears her ultimate goals and combat fiercer and fiercer enemies trying to oppose her, though the first season is kind of a must to get to know the vast majority of the team.