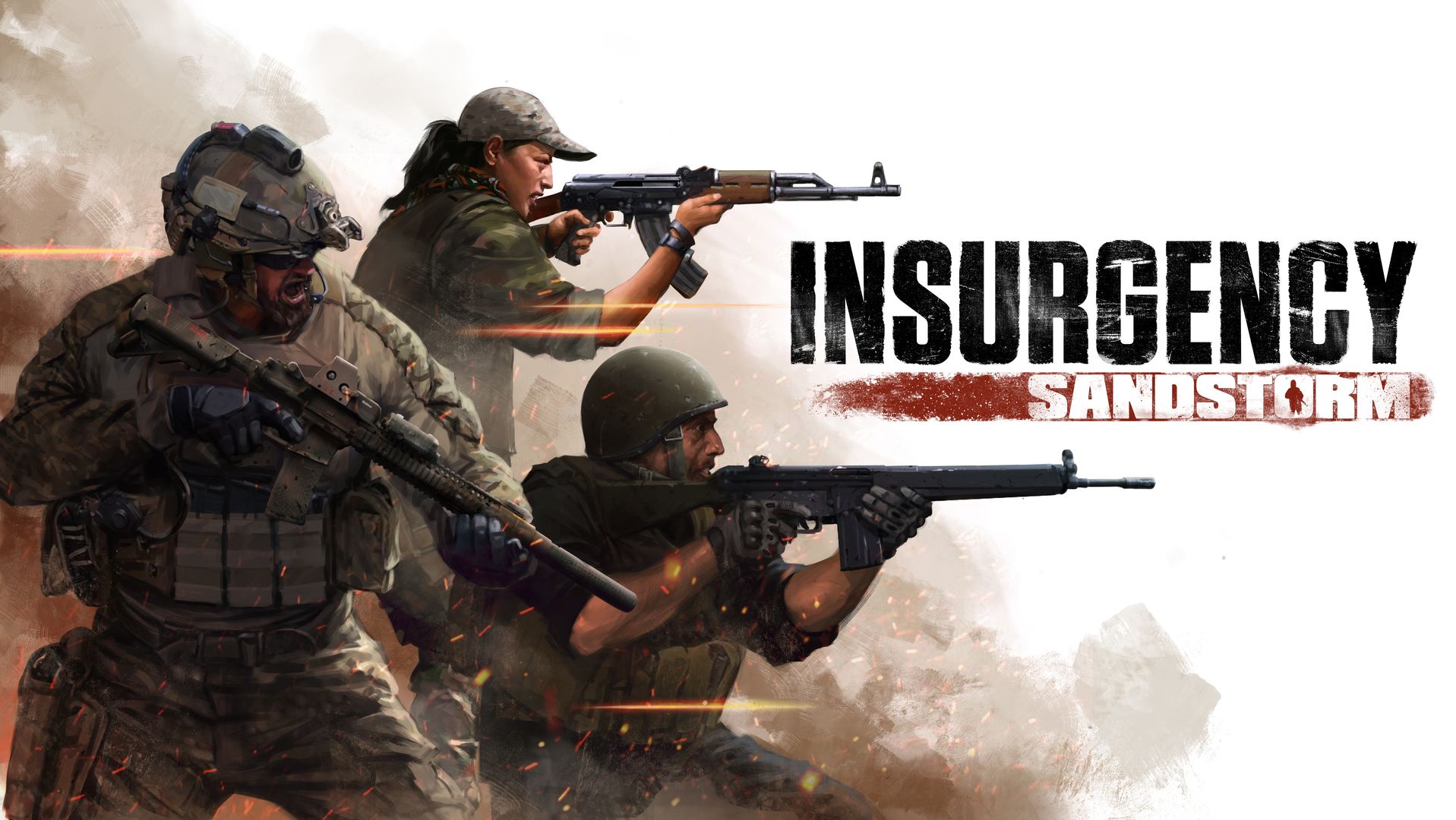 After starting its life as a mod, Insurgency: Sandstorm marks the franchise’s second retail release. Insurgency: Sandstorm uses Unreal Engine 4 to bring its highly realistic FPS gameplay to modern systems. The game offers both PVP and PVE gameplay along with a brand-new customization system, ranked matches, and community server support.

When Insurgency: Sandstorm was originally announced, a singleplayer campaign was part of the package. It sounded pretty cool, as it was billed as a road trip type story in the midst of a Middle Eastern conflict. Unfortunately, the campaign was canned earlier this year when New World Interactive chose to focus development resources on the multiplayer aspect of the game. As such, there is no story or lore. 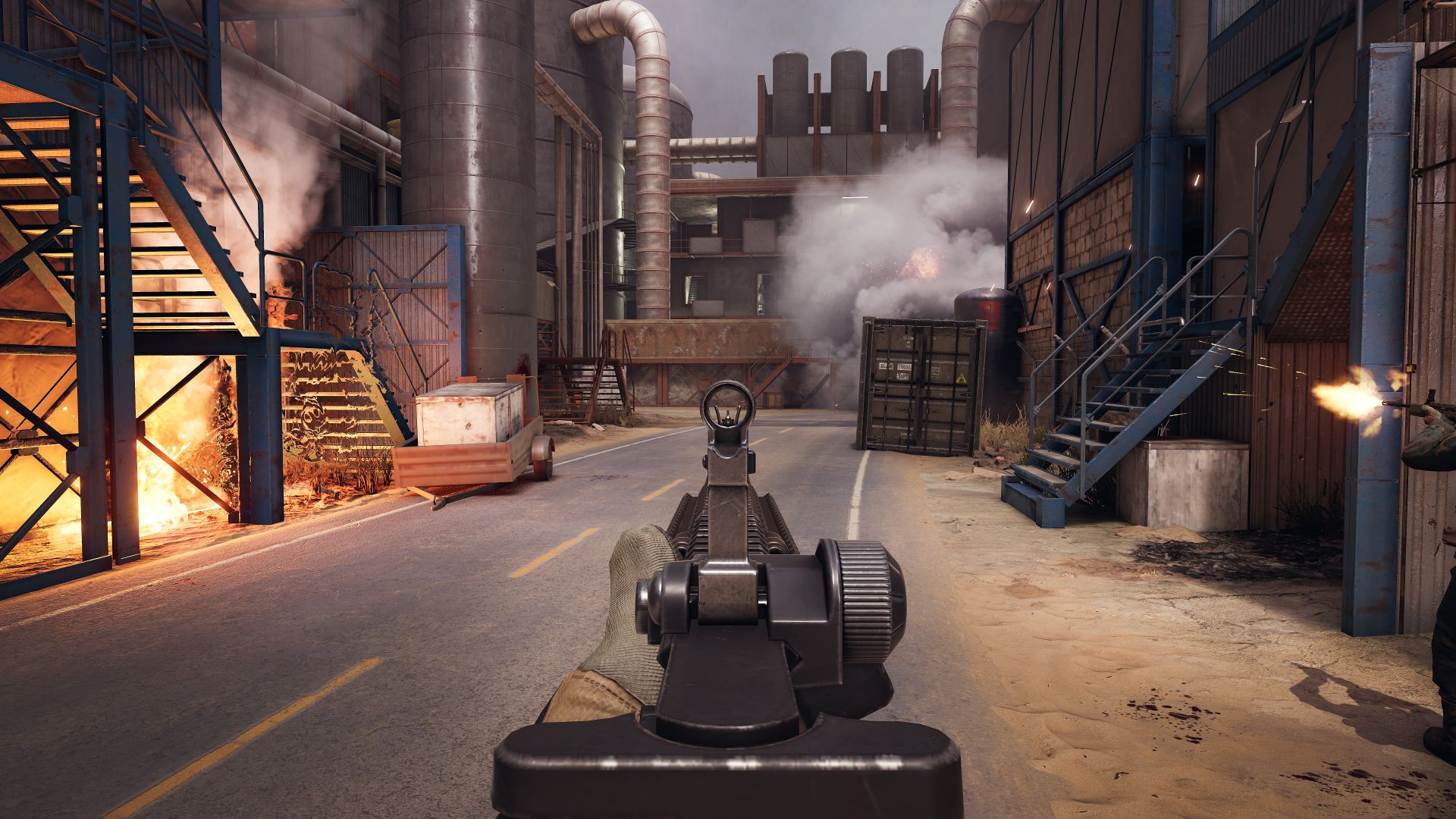 Insurgency: Sandstorm sticks to what made the mod so successful in the first place. The game is packed with intense infantry combat using realistic bullet physics, weapon handling, and damage. The game offers PVE and PVP modes, including ranked PVP play.

The gunplay is excellent for the most part, with only a few minor issues. Even the smallest 9mm pistol round punches hard, forcing players to carefully work their way through the map with the help of suppressing fire and support abilities. Insurgency: Sandstorm offers a large variety of weapons, though the practical differences within weapon types can be a difficult to notice at times. For example, the difference between the M16A2 and the M16A4 seems mostly visual in actual use. The bipod system is decent but needs work. Bipods don’t always deploy on surfaces that seem to be usable and the maximum deployable surface height feels about 10% too low. The reload UI feel a little mistimed as a fresh magazine appears loaded on the UI before the weapon is ready to shoot. The mistiming can be anywhere between a split second to a few seconds depending on the weapon and if there is a round in the chamber already. 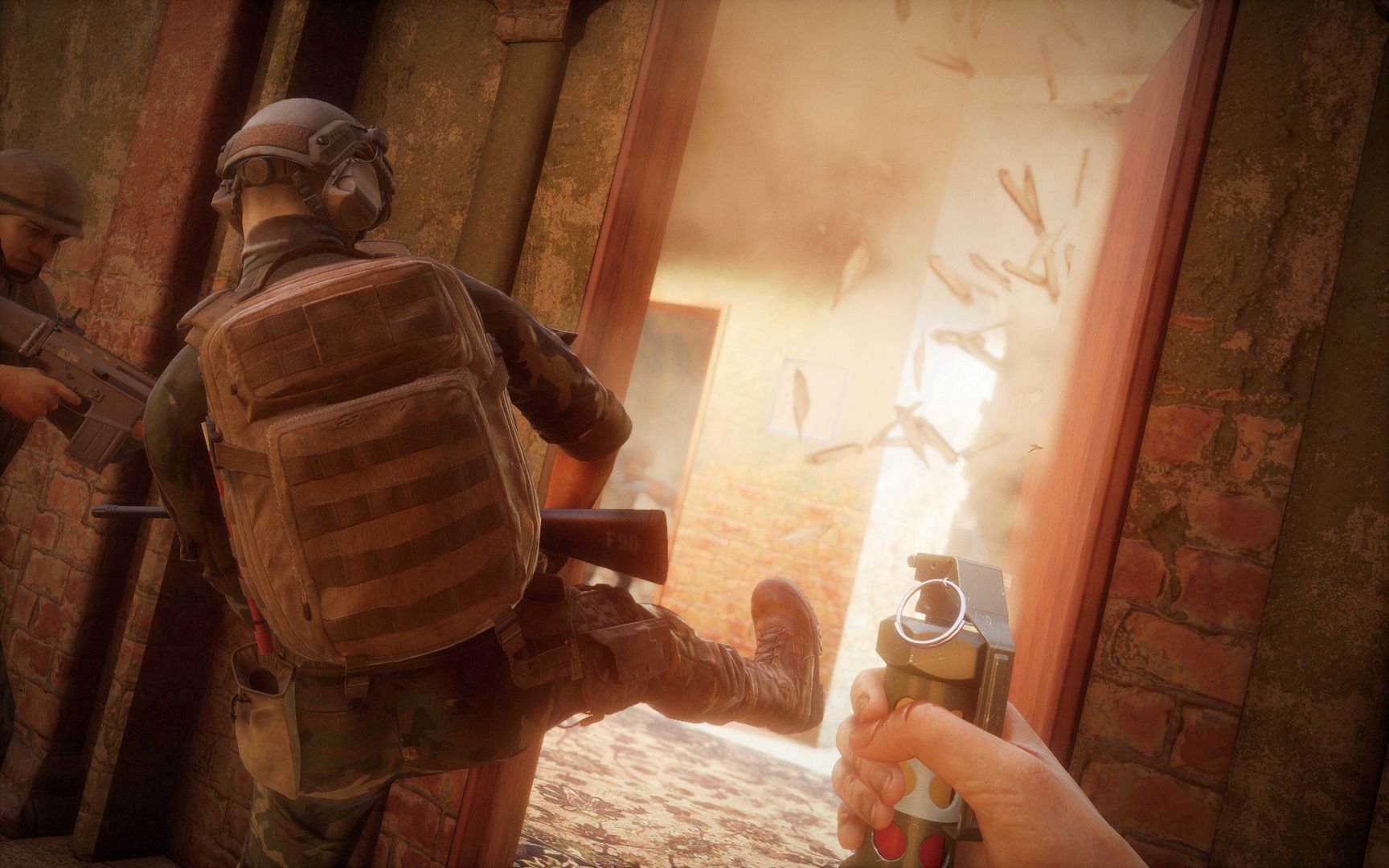 PVP pits Security forces versus Insurgents in three different gameplay modes. The modes aren’t too radically different from each other, but still offer enough variety to keep things feeling fresh. Insurgency: Sandstorm is not the easiest game to learn, especially in PVP matches. While the wave based respawn system makes the game less punishing, it will take some time for players to learn how to move around safely, detect incoming fire, and manage recoil.

The game’s PVE mode features smaller teams working their way through multiple checkpoints against waves of computer-controlled enemies. While bots are easier to kill, PVP tends to feel fairer as the bots have an uncanny ability to detect players and hurl Molotov Cocktails with disturbing precision. On the other hand, the smaller team size makes it easier to work together and coordinate.

Insurgency: Sandstorm’s progression system is strictly cosmetic. All players have access to the game’s full loadout of weapons and equipment right away. Each account level grants a random cosmetic item and 100 currency to buy specific pieces. I find the progression to be a little slow after level 15. If future updates bring more customization options, the experience gain will need to be tweaked accordingly. 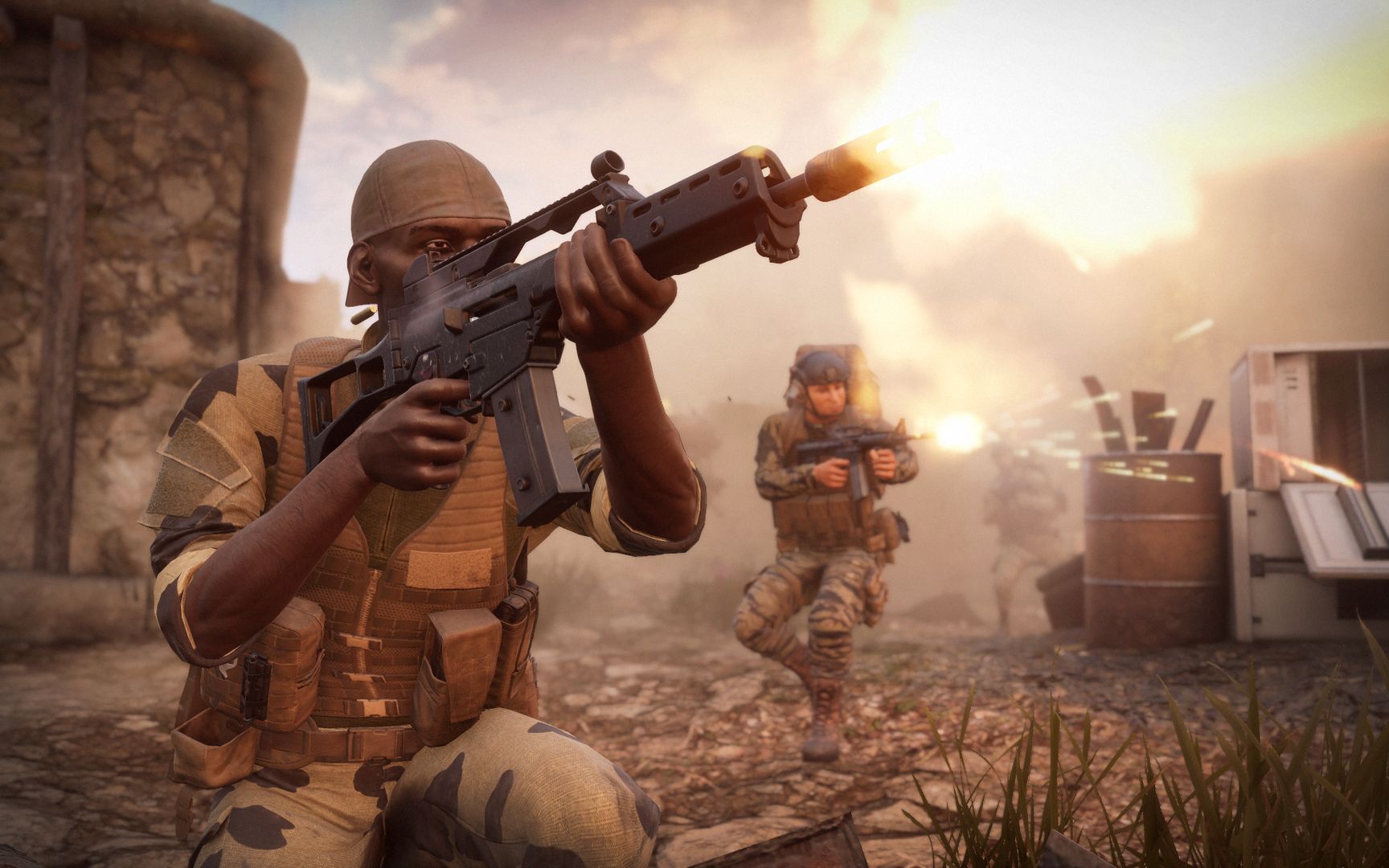 The control scheme is excellent. Unlike other tactical shooters, Insurgency: Sandstorm’s control scheme is very simple and only adds a few keys to the standard FPS layout. It’s generally intuitive and easy to use.

My biggest problem with the game is a sheer lack of content. The existing maps are excellent, with tons of twists and turns for intense close quarter battles. There’s just not enough of them. Considering the game’s price point, I would have liked to see two or three more maps at launch. 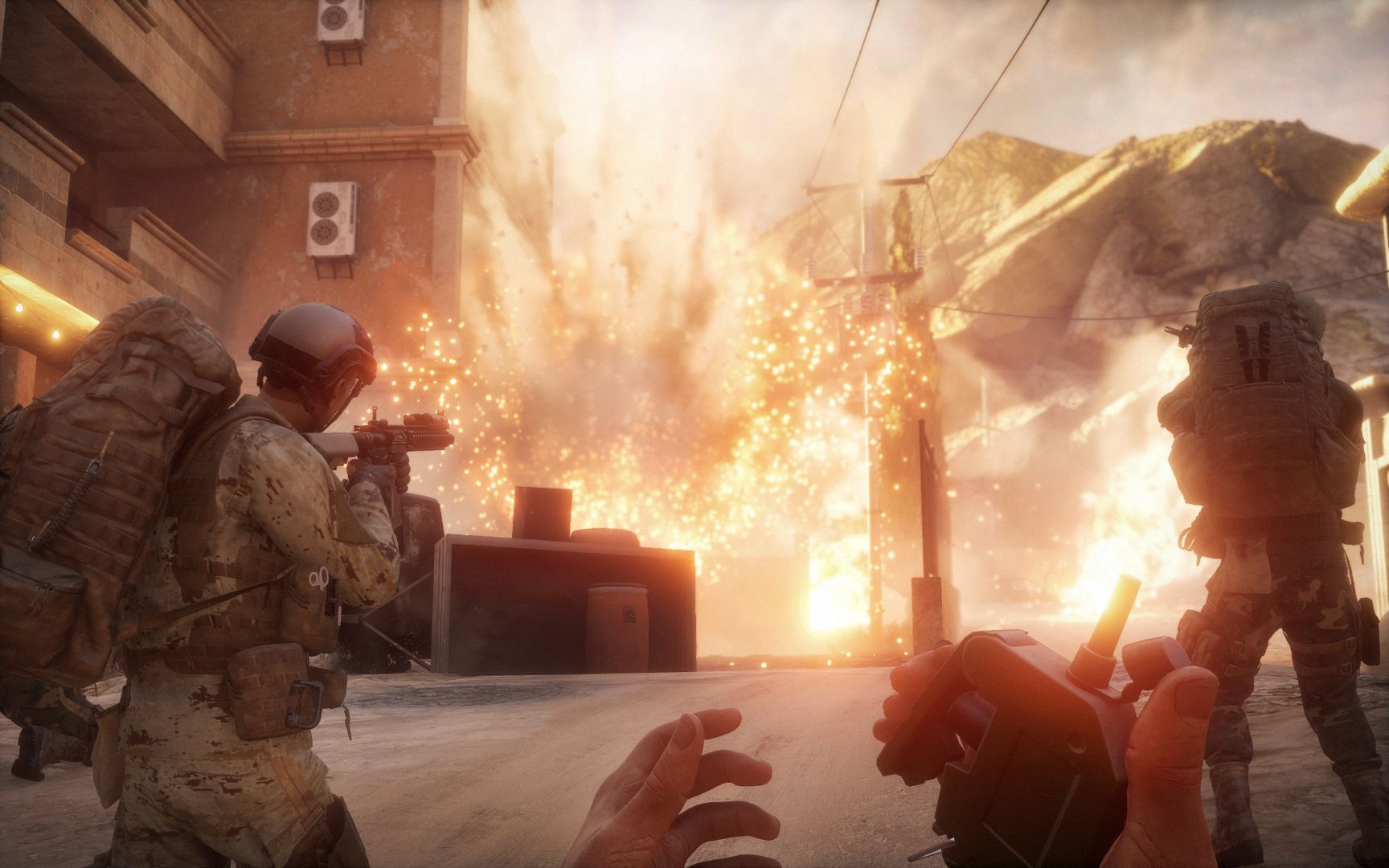 Insurgency: Sandstorm is an excellent looking game, save for the visual glitches. The maps are filled with enough unique assets that make areas feel natural. The customization system is excellent, letting players create an easily identifiable character without looking out of place. The only real issue with the visuals is the volume of minor bugs that plague the game. I have yet to play a match without seeing some bug, like a missing player model or a floating weapon attachment.  Luckily, there hasn’t been any that are game breaking, but the bugs do break immersion.

The audio experience is good. The sound effects are excellent and create an immersive feeling to the game. The music is a bit limited, but does a good job adding a bit of tension near the end of a match. The voice acting is well within expectations for a mid-range title but lacks the variety and consistency of a triple A game. 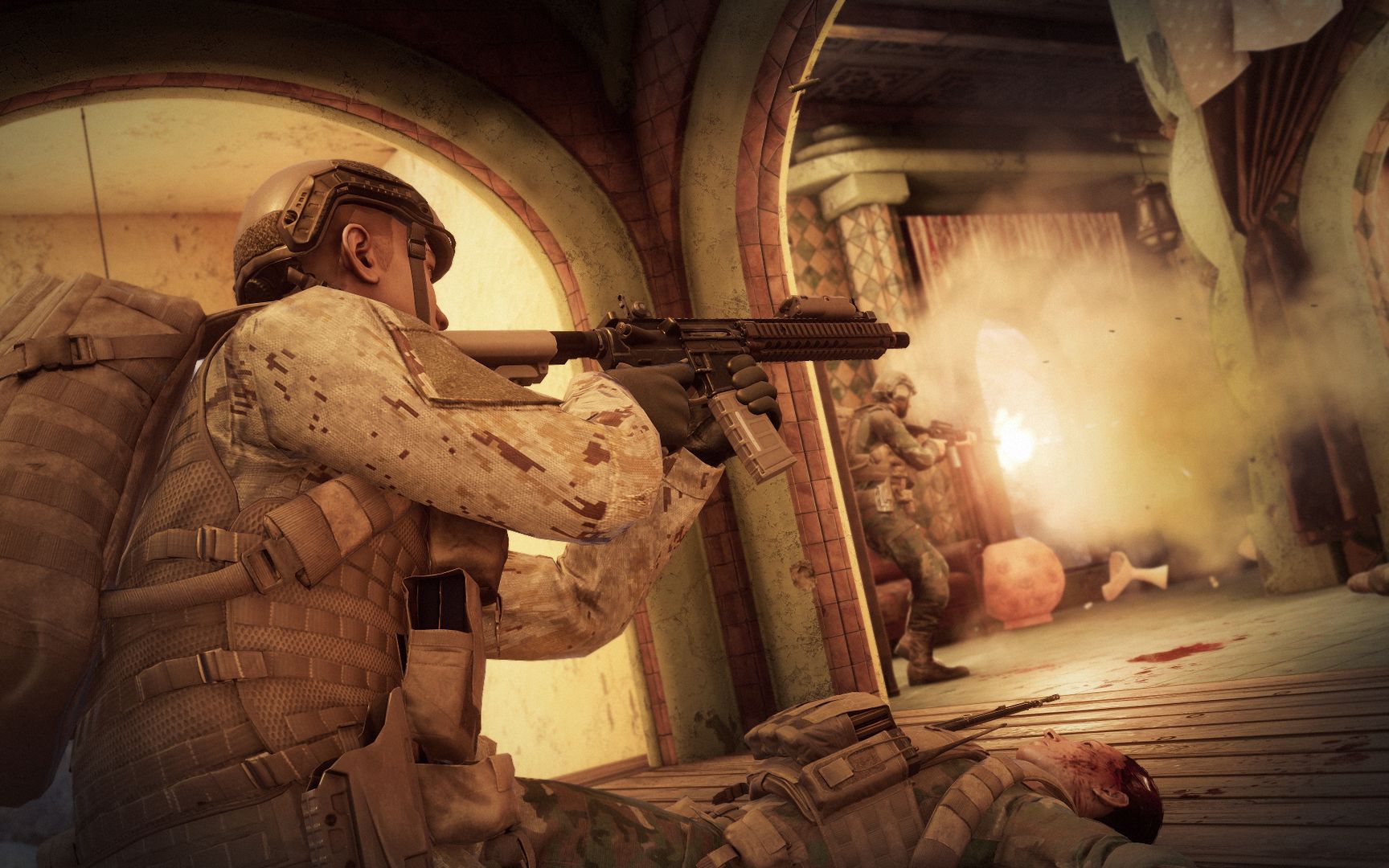 Insurgency: Sandstorm is not going to win over those who hated Insurgency. The new game focuses on minor improvements on the existing gameplay and modernized visuals versus massive gameplay changes. Fans of tactical shooters and co-op titles will have a blast with Insurgency: Sandstorm. However, the game will likely remain a niche title for now as the game suffers from a lack of polish and content at launch.
Capsule Computers review guidelines can be found here.