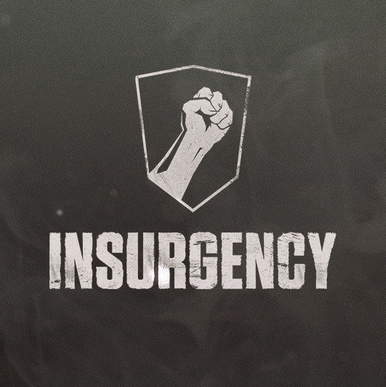 Overview
Originally born as a mod for Valve’s Half Life 2, Insurgency quickly gained popularity. New World Interactive have poured themselves into delivering a fully realized total conversion to one of the most well received mods in years. Bucking any notions that Valve’s own Counter Strike was a factor, they’ve set out to deliver a top-notch tactical shooter, but how well does Insurgency hold up? Is it a well executed mission or a botched operation? 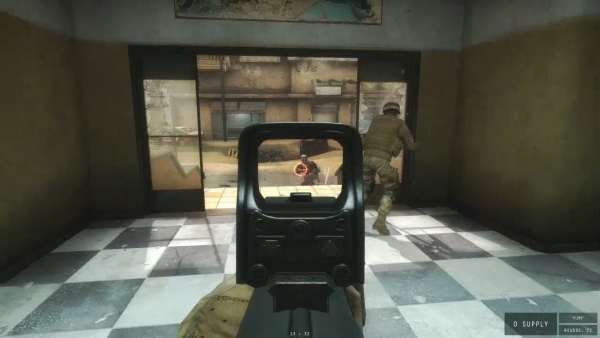 Gameplay
The staff at New World Interactive boasts some impressive talent. The designers of both the Day of Defeat and Insurgency mods lead a team of about a dozen developers. Just a few rounds into their newest title, you’ll be able to tell they’re putting their skills and experience into crafting a fine multiplayer experience.

First, fans of the traditional run-and-gun shooters should approach Insurgency with a very different mindset. Unlike mainstream shooters that let you take a few shots, find your attacker, and return fire, Insurgency will grant you no such quarter. There are no hit indicators to show where your attackers are. They’d be of little solace. Here, death comes quick and often without warning. 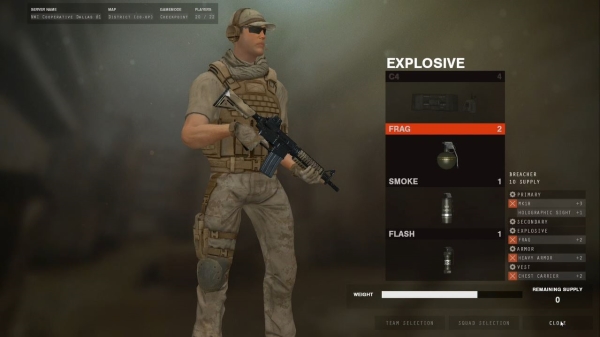 A real sense of danger is a huge part of what makes Insurgency worth playing…over and over again. Though the impatient could quickly become frustrated, the game can be immensely engaging and rewarding for players who play with a cool head. Crouching, leaning around corners, coordinating with teammates, setting up kill shots, and taking objectives constantly feels both rewarding and exhilarating.

While death is swift, it isn’t permanent. Insurgency features an array of game modes, many of which allow players to revive if teammates complete objectives. There are three overarching modes: Tactical Operation, Sustained Combat, and Co-operative. 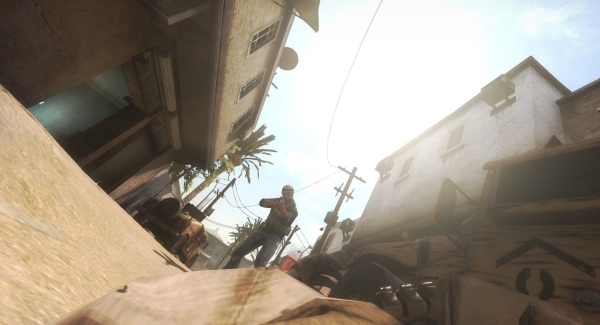 Tactical Operation is made up of Firefight (my personal favorite), VIP, and Search and Destroy modes, with the latter two pitting a defending team against an attacking team. Firefight forces teams to fight over three control points. The game ends when all three points are captured or a team is eliminated. Capturing a point respawns every slain team member, bolstering your charge. This can make for some incredible moments, allowing a single man to turn the tide of an entire match.

Sustained Combat presents players with Skirmish, Strike, and Push matches. Fans of Battlefield games will recognize Push as Insurgency‘s version of Rush, with one team defending points and the other pressing the attack up the map. Skirmish has five points that must be captured (or the opposing team must be eliminated), making for an entertaining tug of war. Finally, Strike has an attacking team using explosives to take out several weapon caches the defenders must protect.

Finally, Cooperative modes put a team of up to 8 people against enemy AI in various situations, typically conquering and defending objectives. It almost sounds unfair at first, but the enemies get progressively harder and your team can be wiped out quickly if you let down your guard, making for a tense challenge to the end. 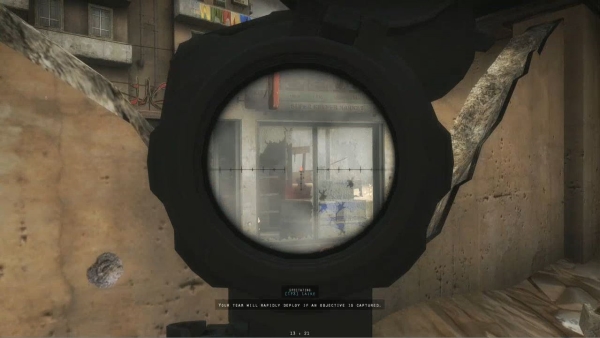 Insurgency comes packed out with weapons for you to load out, featuring over 20 weapons with a variety of attachments. Some are faction-specific, while others are shared. Many may be class specific, helping you fill your role on the team. All have a fantastic sense of realism, whether in look, feel, or sound. Using Supply points, which are awarded to you after each round of a match, you can buy attachments or rearrange your loadout. These Supply points stick around until the end of a match, giving you a great sense of reward for team performance without unbalancing gameplay.

Community and teamwork are almost palpable with Insurgency. In my experience, everyone was willing to help folks out, even tolerating occasional friendly fire. Communication is strongly encouraged and microphone use is as common as text chat. After death, these aspects congeal into something even more impressive. Banter between downed combatants can make for some riotous moments as folks cheer wildly for a heroic comeback or lament defeat together. It’s a unique bonding experience you can’t get in games like Battlefield or Call of Duty. 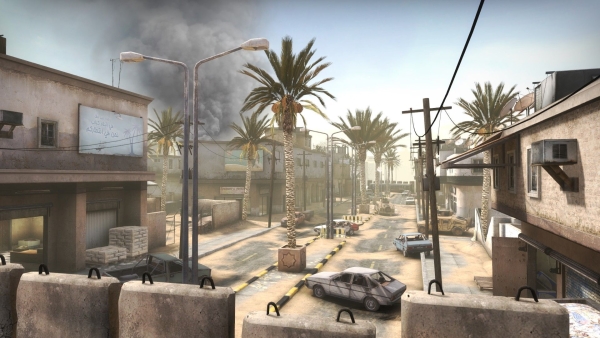 Visuals
Insurgency is a great looking game, no bones about it. The Source engine still looks strong, years after its initial release. Environments are quite detailed and well designed. The firearms you brandish not only look real – they feel real too. The attention to detail in both look and feel are great.

I have few complaints to levy against this game, but the environments could use some variety. The maps themselves are well thought out with various vantage points and obstacles, but many of the games are fought on sandy Middle Eastern streets, though the occasional mountain range is a welcome change of scenery. Still, at the risk of breaking the realism, some greenery or more visually varied maps would be a welcome sight. 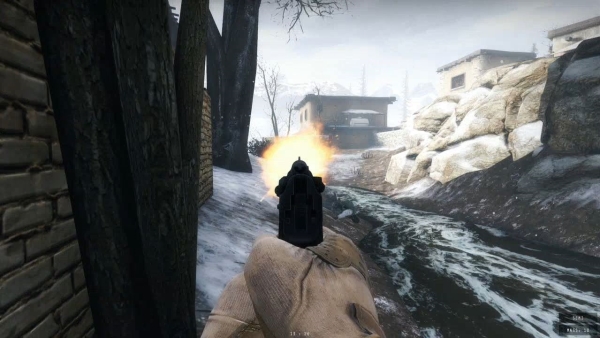 Audio
Insurgency‘s audio design is absolutely fantastic. The music is engaging and fits the theme well. The sound effects are some of the most well implemented I’ve seen in some time, with realistic gunfire, bullets whizzing overhead, explosions rocking your core, and more. Voice chat is also a great feature. Not only is it helpful for teammates, but it’s also directional and proximity-related, meaning you can hear enemy chatter if you’re within earshot. It’s a great touch to an excellent sounding game.

Overall
Overall, there’s very little Insurgency sets out to do that it doesn’t ace. There are some minor bugs and repetitive environmental aesthetics, but overall, those are slight complaints. There’s a wide variety of game modes that will keep you on your toes, the gameplay is smooth and engaging, and the game both looks great and sounds phenomenal. While the intense tactical combat and slower pace may not suit those looking for more twitch-based games, anyone willing to engage Insurgency and give it a fair shot will find a fresh, rewarding experience awaiting them.