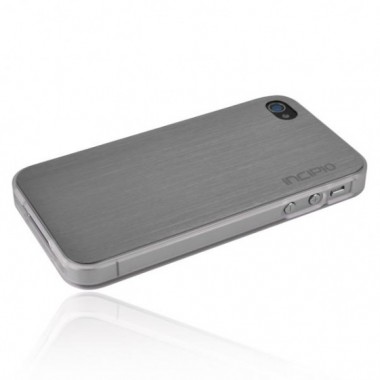 The Le Deux case is a case with a brushed stainless steel back plate with a polycarbonate frame. The case is available in four different colour combinations and has an Incipio Vanity Kit, which contains a screen protector, cleaning cloth, and applicator card, packed into the box. The case is designed to be extremely slim to compliment the iPhone 4/4s’ design. 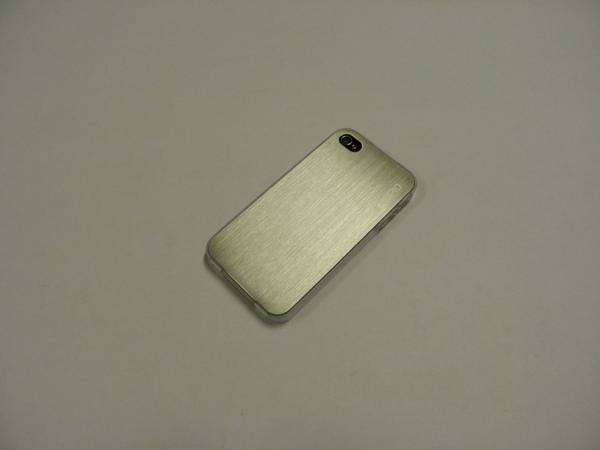 The installation of the Le Deux case is an absolute nightmare. This is one of the trickiest cases to install on a phone and there are zero instructions included inside the box to make it easier. There is a YouTube video from Incipio that demonstrates the proper way to install the case, but there is no mention of this either in the box. It took me almost a full half hour of struggling with the case along with the help of the YouTube video half way through before I managed to wrangle on the case. The proper way to install the case is to put the back plate onto the back of the phone then with the LCD facing up, slip the bumper onto the phone and make sure the back plate is secured to the bumper.The video makes it look easy, but it is pretty tough. In the process of getting the bumper onto my phone, I managed to break my phone’s power button. The bumper’s fit is extremely tight, with the amount of struggling I required to get the case on, the bumper depressed the power down and rubbed it side to side repeatedly until the little piece that allows the power button to depressed with a click seemed to have slipped out of its position and caused the power button to no longer work. This seems to be a relatively common failure in iPhones, but I am left to wonder if the power button didn’t go through such stress from the installation of the case, would it be still ok now. 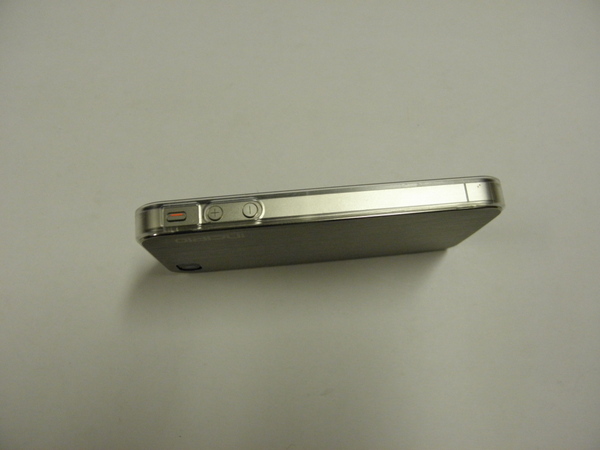 I spoke to Incipio about this, and they have stated that the Le Deux is an extremely difficult case to install, but this was the first time they have heard of a power button failure due to the installation of the case. Frankly, I do not believe the case is the only cause of the failure, but rather it simply exploited either a design or manufacturing weakness and caused a failure. I strongly recommend those choosing to purchase the Le Deux to take extremely care while installing the case and to watch the instructional video first before attempting to install the case. I also recommend that Incipio pack either an instruction manual or a link to the instructional video in the Le Deux box. 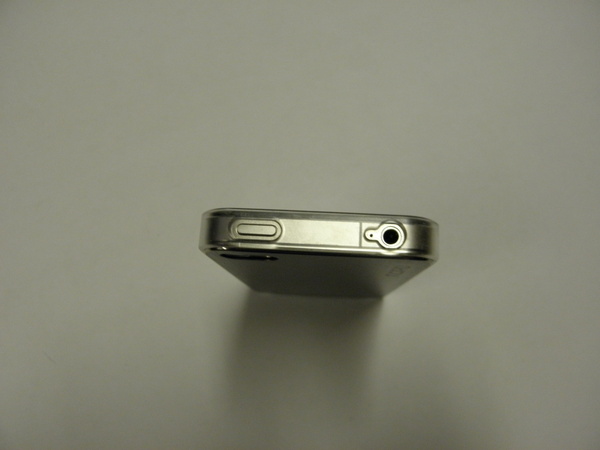 The back plate of the Le Deux case is a brushed stainless steel plate with a piece of cardboard like material glued to the portion that touches the iPhone’s class to prevent scratches. The back plate comes in three different finishes, a gold, black, and silver finish. The back plate has four small holes that snap into the bumper’s four protrusions to secure the back plate to the bumper. The stainless steel plate is cut perfectly, fitting itself to the back glass and resting against the metal band on the iPhone. It does not flex easily, but the brushed metal does get noticeably scratched with use. After a while, I noticed lots of small scratches on the centre of the plate from being rested on tables then picked up. The silver brushed steel finish does an ok job of hiding the scratches, but eventually the scratches look like a faint circular cloud on the back plate. If the colouring on the black and gold versions is simply a coated layer, they may show the scratches easier than the silver models. However, I am unable to confirm this personally. The back plate is extremely thin with ample sized hole for the flash. I did not notice the back plate causing any interference with the camera’s flash. 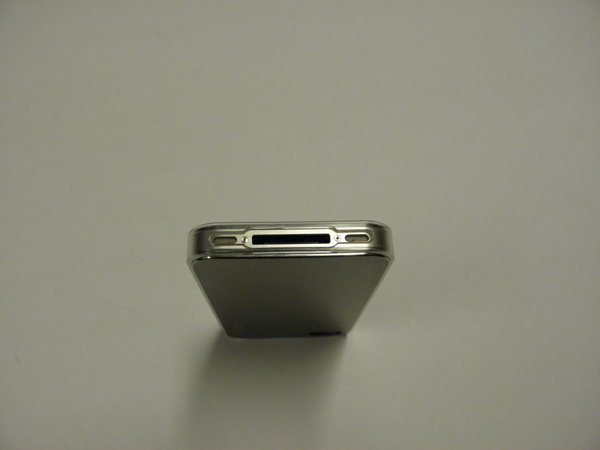 The bumper is a polycarbonate plastic that is advertised as Incipio’s Plextonium material. It is extremely slim with well sized holes cut out for the power button, volume buttons, vibration switch, speakers, and 30 pin connector. The hole for the headphone port is a pretty standard size for cases, fitting most headphone plugs except for the larger high end jacks. I was able to fit in all my headphones except the stock Shure se215 plug and the cable for my headphone amp. The latter was easily modified to fit the Le Deux case. There isn’t much give in the bumper except for lower portion of the hole cut out for the 30 pin connector. I found that wiggled easily compared to the rest of the case. The bumper itself took falls pretty well, but considering how little play there is in the case, the bumper dented easily after the phone was dropped about a foot onto the side of a desk. 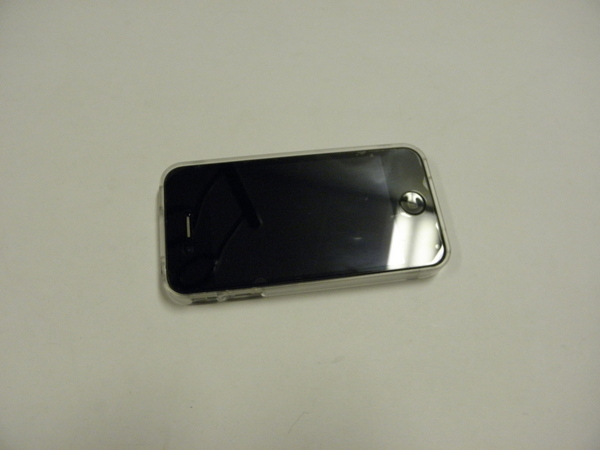 The Le Deux case is a pretty solid choice at $29.99 if you are looking for a little more protection than the classic bumper case but still maintaining the super sleek design of the iPhone. The stainless steel back plate will provide the necessary scratch protection to allow owners to rest their phones on the table and slide it around without fear. The plastic bumper will stop the iPhone 4’s death grip problems without taking away from the beauty of the phone. However, the Le Deux struggles with an extremely difficult installation. Instructions on how to install the case or a link to the tutorial video needs to be added to the box containing the Le Deux. Buying the case also nets you an Incpipo Vanity Kit which is a very usable screen protector considering it is free. This definitely increases the value of the case. If you are in the market for a slim case and are willing to put in the care and leg work required to install the Le Deux safely, you will be rewarded with a case that looks so good it could be mistaken as a new iPhone design.