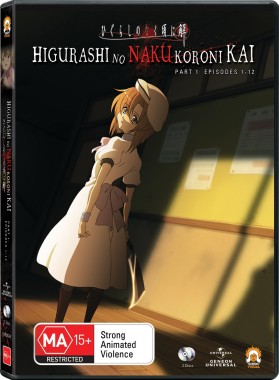 Higurashi no Naku Koroni Kai (When They Cry II: Solutions) Part 1, that’s quite the name here! This recent DVD collection from Siren Visual is essentially the first part of the second season of the Higurashi (When They Cry) anime series, titled as Higurashi no Naku Koroni Kai. The second season picks up right after the first season, and attempts to tie several things together and move the story along.

The first season of the Higurashi anime series, titled Higurashi no Naku Koroni, took place in a remote Japanese village called Hinamizawa during the year 1983. The show revolved around the lives of some local high school students, and in particular a transfer student who moves into the village with his family. While it initially appeared as a typical sweet slice of anime series, with plenty of laughs and adorable moments, the show suddenly took a U-turn into something very different. Let’s just say Higurashi no Naku Koroni was an anime series with a serious case of bi-polar disorder.

Higurashi (When They Cry) is pretty much a slice of life comedy anime that also just happens to be a brutally violent murder mystery thriller. It’s a very unusual combination, but it’s for this very reason that the anime is so down right shocking and disturbing. Seeing cute and cheerful anime characters suddenly flipping out and commit relentless homicide is just so freaky, that it needs to be seen to be believed.

Higurashi no Naku Koroni Kai (When They Cry II: Solutions) Part 1, offers a much different experience compared to the first season, but what it really does is clear up many things that left viewers dazed and confused when they watched the first season. What’s interesting however, is how self-contained both seasons are, meaning that you can watch the second season without having watched the first season, and still be able to follow what’s going on. 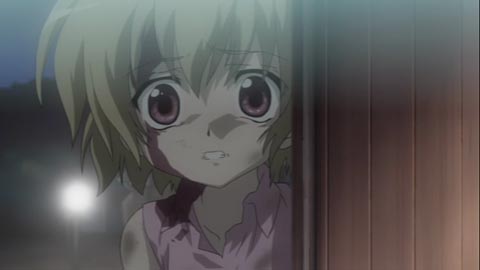 When They Cry II: Part 1 covers two chapters of the second season, Disaster-Awakening Chapter and Mass-Murdering Chapter. The basic premise and setting of the second season remains unchanged from the first season, if anything the second season actually attempts to make progress in resolving the story and explain a lot of things. The show takes place in a remote and apparently peaceful village in Japan called Hinamizawa, it is the summer of 1983 and a student named Maebara Keiichi moves into the village with his family and immediately befriends a cheerful and happy group of girls at his school. However, he quickly learns a very disturbing yearly occurrence that takes place in the town, in the form of a mysterious homocide. Every year, around the annual summer festival, the Watanagashi Festival, someone gets murdered and someone goes missing, and this has been happening for the past five years or so.

This harsh and bitter reality gravely influences the characters, especially in terms of their relationships. In the first season, we were treated to brutal murder after murder, involving several of the main characters in different scenarios. This aspect is explained in the second season. 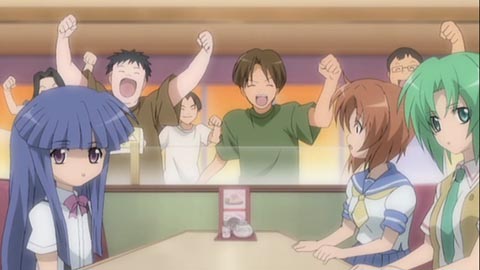 The first chapter in When They Cry II: Part 1, Disaster-Awakening Chapter, sets the scene for the season and explains the events of the first season. The protagonist for the season is one of the main characters of the show, a young girl by the name of Rika, who serves as the village shrine maiden. She takes center stage in the story, serving as the primary plot catalyst and the one who reveals the truth underlying the insane and twisted nature of the events that transpire in the village. Disaster-Awakening Chapter ties the first season with the second, and does so in a way that’s surprisingly not very convoluted. The second chapter, Mass-Murdering Chapter, follows a story arc focusing on Rika and her close friend Satoko, and it progresses the underlying plot.

The plot in When They Cry II: Episode is surprisingly layered, featuring elements of science fiction, supernatural phenomenon, and mystery, all nicely mixed together with a slice of life style setting. The story is bittersweet, filled with irony and tragedy, but even so it does a good job in portraying hope and determination, with the idea that if one is willing then they could even fight a predetermined fate.

There’s a lot of elements to the story, and the characters are quite deep too as they have many sides to them, it’s especially compelling to see their darker nature. What made the first season of When They Cry so interesting was the sheer violence in the sadistic and psychotic murder scenes. In When They Cry II: Part 1, this is vastly toned down. While it is still very dark and mature, the violence isn’t nearly as over the top as in the first season, which perhaps makes it less memorable in comparison. 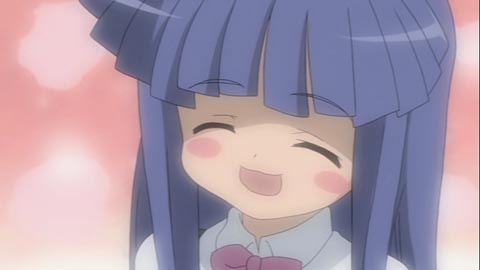 Higurashi no Naku Koroni Kai (When They Cry II: Solutions) Part 1 is a pretty nice show visually, and while the character designs seem to be quite typical, their unique portrayal still manages to make those tried and tested designs appear fresh. The art style does a nice job in portraying both a happy go lucky slice of life, and a twisted murder thriller. The animations are nice too, especially cool to see the animation style just switch gears when characters go from being adorable to genuinely psychotic. The soundrack in the anime isn’t anything particularly memorable, but it does feature rather fitting opening and ending themes. 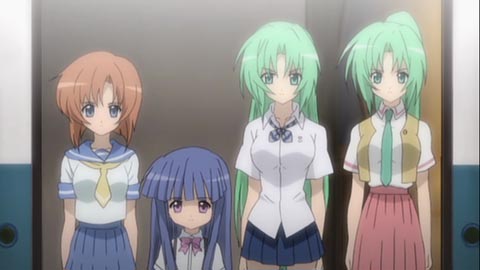 There is nothing much to write home about when it comes to extras and special features, all you’re really getting are just the 13 episodes spread across two DVDs. The extras are just the usual clean opening and ending animations. This collection features only the original Japanese dub with subtitles.

Higurashi no Naku Koroni Kai (When They Cry II: Solutions) does a nice job in telling an interesting and highly layered story. However, it does lack the unique ‘wow’ factor that made the first season so memorable. It may lack the over the top sadistic violence of the first season, but at least we finally learn just what was going on. While the second season can be enjoyed on its own, those looking for the sole reason why Higurashi (When They Cry) became so popular should definitely jump in on the first season, as you won’t find it in this collection.