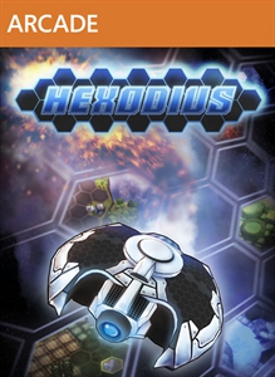 Overview
Twin stick shooters have been becoming more abundant and it s easy to see why, the character is able to move about freely, while shooting anything around them. Hexodius is a game that takes the twin stick shooter formula and adds in a few strategy elements to put the focus on preparing for each mission, instead of stumbling through them just to get past. But, are these additions enough to make a splash in the twin stick genre or simply end up weighing it down? Let’s look at what the game has to offer.

Story
Hexodius sees a small robot named Fred  trying to escape an AI that has gone rogue and of course what better way to escape than to build another robot named B.O.B. specifically designed to combat the evil minions. The story is unfortunately very lacking, suffering from the need to tell a story instead of showing it or letting the player experience it. The dialogue stems mainly from Fred telling the player exactly what is going on, intermittent with the AI cutting in with his evil AI spiel. 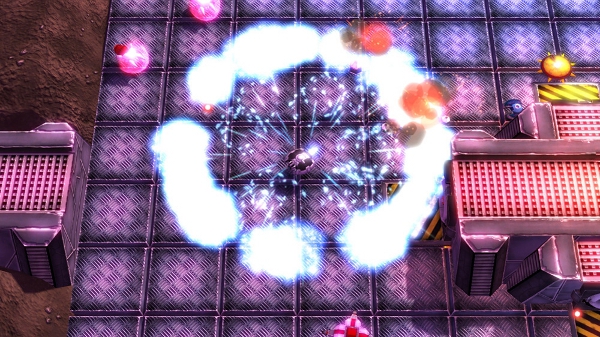 The story it seems then is far more the support role than center-stage, but the support doesn’t offer all that much either. In many ways it might have been better if there was no dialogue sitting between the player and the gameplay, as the story begins to get more in the way of the gameplay then supplementing it. Though the story is able to hold out for a good length of time with the number of worlds and missions that are available, it is however only really something that is present as opposed to important.

Gameplay
Split between the hex board style world maps and missions, the gameplay is equally split between exploration and twin stick action. On the world map, players are able to plan out which missions they want to do and in what order, with some of them being completely optional. Some missions reward spell objects like upgrades or abilities, while others hold keys for opening up more of the map towards the world exit. This world map gives an interesting feel to the game, seeming to offer players more choice about where they go and what missions to do, but unfortunately it comes down to being a crapshoot until finding the key to progress or just completing everything anyway. 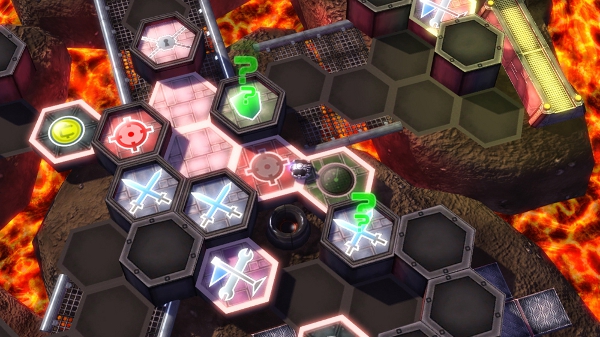 The missions themselves are broken down into four different types, five is bosses are counted separately. Unfortunately, with the exception of the bonus missions for earning cash, the missions devolve into surviving by shooting all the things, shooting all the things to protect another thing, or shooting all the things while destroying specific things before running out of time. Certainly the addition of new enemies as the player progresses from world to world does add a little bit of freshness, but for the most part this does not hold up across a game of this size.

The one major point to try and switch things up in the game is the upgrades and abilities, as B.O.B. is only able to hold three upgrades and four abilities for a mission. This is meant to be the major aspect of the game, the idea of switching out specific abilities and upgrades for use against the enemies that B.O.B. will be going up against as necessary mission to mission, but it starts to fall short as there are so many combinations that players can quickly get in over their head. Plus it can be difficult to adequately test out different combinations as missions cannot be replayed after completing them, so player have to start a different mission to try a different combo or keep restarting a mission over and over to try them out. 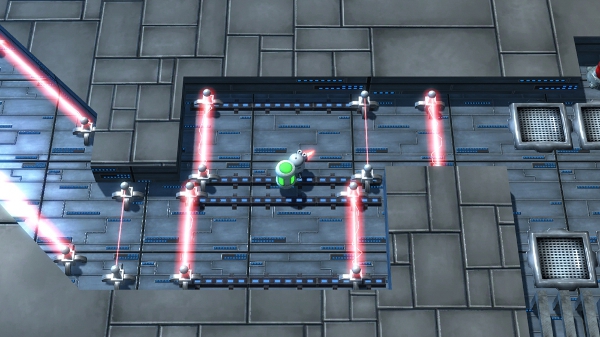 Outside of the story, which does have different so those looking for a challenge can at least find it, the only other mode is Arcade, which pits B.O.B. against waves of enemies with unlimited lives, but limited time trying to get the highest possible score. While this is one of the more different kinds of gameplay, there are only 6 different arenas that players can actually play in. Meaning that the already somewhat repetitive gameplay, might end up being just a bit more repetitive.

Visuals and Audio
For the most part this is one of the areas that Hexodius is able to do well, the worlds that Fred and B.O.B. go to are certainly varied and different with the enemies likewise able to keep the pace. While the audio itself is limited, with no voiceover work and the sound effects mainly shots and explosions, the music is interesting in its own way. It has a nice combination of technoesque and retro game style rhythm, which also has the same sort of variety as the graphics moving world to world. 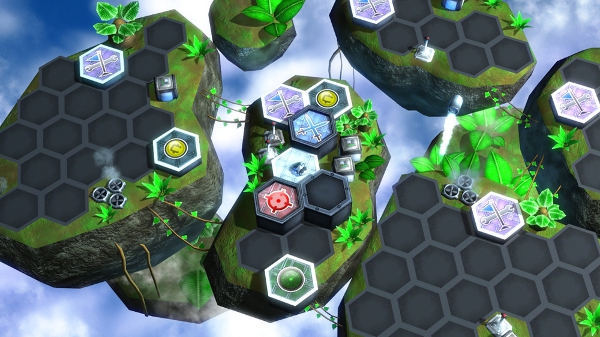 Overall
Hexious is an interesting take on the twin stick genre, with a focus on exploration of the world maps and choosing the upgrades and abilities that work best for different situations. This combination of things just doesn’t seem to work out for the best however, with many instances feeling boring and often dragging on. There is still some fun to be had with the game, but getting to these parts can be somewhat of a chore. This definitely isn’t for everyone, but it does offer a good amount of missions for those that do enjoy it.