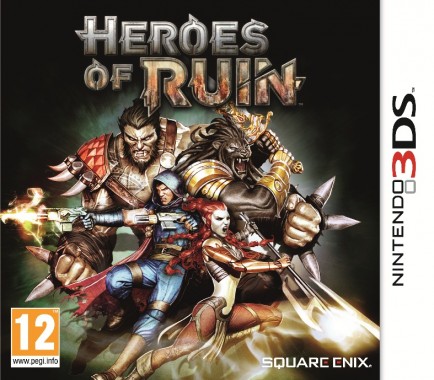 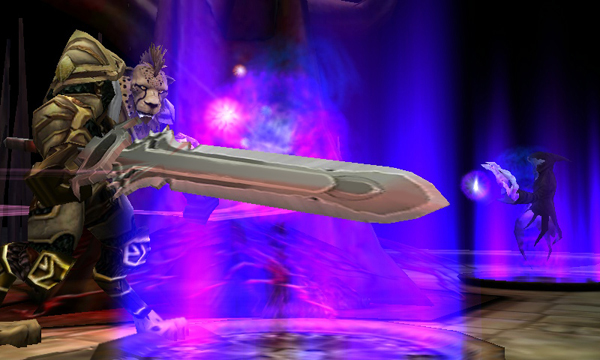 Story:
At it’s core Heroes of Ruin is a pretty simple RPG game. There is a world in peril and you are tasked with saving it. That is the plot of Heroes of Ruin in its most simplified form. There is of course a world here with various inhabitants that you will interact with, none of which are particularly memorable. The story in and of itself is essentially non-existent, with next to no narrative thrust and characterisation comparable to that of plank of wood in my backyard. The world is never fully realised and there are no characters that leave any lasting impression beyond you wanting them to shut the hell up. Top to bottom, Heroes of Ruin’s plot elements are as flat as fizzled out Coca Cola. Unfortunately, this is just the beginning of this game’s problems. 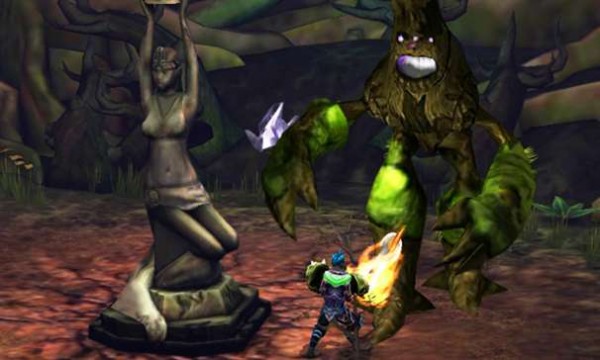 Gameplay:
The crux of Heroes of Ruin has to be it’s gameplay. With a story and cast of characters so utterly asinine, the gameplay has a lot to compensate for. It is a crying shame that it falls short in this regard.

Now don’t get me wrong, there is some good here. The online mode albeit problem riddled does have some interesting components that does make for a somewhat compelling gaming experience. But only when it works. How often does it work the way it is intended? About 20% of the time I’d say. But before I go too in depth about the online component, I need to outline how exactly this game works and emphasise one thing – this game is one big hassle.

Immediately upon starting up the game for the first time, the game forces you into creating a ‘Square Enix Account’. Okay fair enough, it makes sense since you know this game is focused heavily on it’s online function. This wouldn’t be a problem, except the fact that it literally does not let you do anything until you make this bloody account. So bad luck if you do not have a computer accessible at the time, you can’t play until you make an account for Square Enix. So essentially the game directs you to Square Enix’s Heroes of Ruin website. Once you are there you set up your account and confirm it with your email. After that you log in to your Square Enix account on the Heroes of Ruin website and grab your 3DS again and scan your exclusive access QR Code, which allows you to link your Square Enix account to your 3DS thus allowing you to play the freaking game. Only one problem, the QR scanner has trouble scanning some types of monitors so if it doesn’t read your monitor, you’d want to hope you have a printer handy to print out the page to scan the QR Code so you can play this bloody game. Like I said, this game is one big hassle.

So after nearly half an hour trying to link my 3DS to my ‘Square Enix Account’ I got to design my character. The character design system is pretty limited and there isn’t much you do to differentiate your character or have any real semblance of individuality, but that’s not too great a problem. Once you have made your character you are ready to go right? Nope. 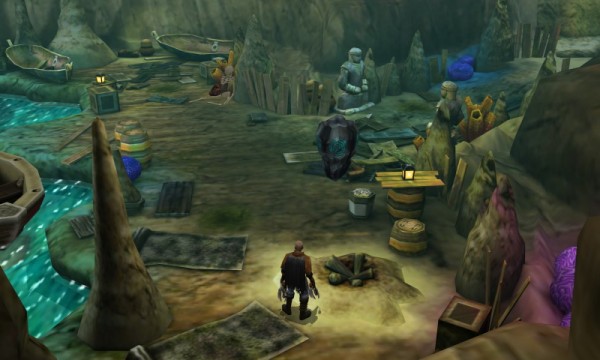 Next obstacle in the way is navigated the absolutely atrocious menu screen, which provides little to no easy way to do what you want to do, instead over complicating things with confusing control schemes for menus (the thumb stick cannot be used to navigate, only the directional pad or stylus) and poorly worded titles for each mode (hardly defines the difference between joining another persons game and creating your own). After eventually navigating and figuring things out you can either choose to play online or offline. It is here where things fall apart completely.

First of all the single player (offline) mode is just a pain. It is incredibly clear that this game was not built with single player in mind at all, especially when you consider the difficulty of some creatures which just can not be beaten alone and some puzzles that are damn near impossible without a partner. So the single player mode really was not what this game was made for, hence why it is the last option on the menu. The online multiplayer is what it’s all about I suppose. Sadly this is really hit and miss.

When playing multiplayer there is no option whatsoever to choose to play with someone with a good connection with you or someone who is close by geographically, instead you will find yourself paired with players on the other side of the planet to you which ends up resulting in complete and utter lag. As I mentioned earlier, there is pretty much a 20% chance that this won’t happen.

The game itself is simply a pretty substandard Diablo clone and it feels pretty obvious that it was made with the hook of ‘Diablo but on a handheld!’ This wasn’t a bad idea, just an incredibly poorly executed one.

It’s really a huge disappointment because despite these overwhelming problems there is some flashes of brilliance in Heroes of Ruin, glimmering instances where you could believe, even if it were a fleeting belief, that this could have been a great game. This is a game that really could have done with an extra year in development, to add some polish and shine to it. But in the end, money speaks louder than sense once again. 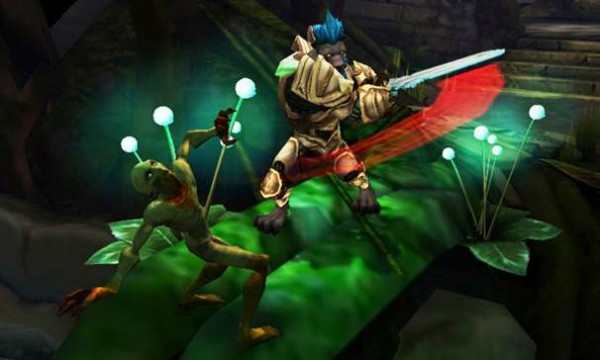 Visuals and Audio:
The disappointment doesn’t end there though, even the game’s aesthetics are significantly lacking in quality. The visuals are as pedestrian as possible and never aspire to be anything more than that. There is no flair to speak of and it all feels like something that any gamer would have seen hundreds of times before. The soundtrack is equally benign with to colour to it’s tracks. Not only that, but the game’s voice acting is utterly appalling. It has to be some of the worst I have seen in a very long time. But that pales in comparison to the soundtrack, which has so felt presence what so ever. It’s as routine as you could possibly imagine and never does anything to warrant an ounce of praise.

Overall:
When the best thing you can say about a game is that is a clone, then there is something seriously wrong. Heroes of Ruin is a perfect example of a good idea poorly executed. It has all the hallmarks of what could have been a great game, but for one reason or another this game was rushed out and ultimately feels half baked. It needed more time in the oven, but it is too late now. What’s done is done and as sad as it is to see potential go to waste, it quite often does. Ultimately Heroes of Ruin is a Diablo 3 clone for the 3DS, with just as many problems and it all falls to ruin under the weight of it’s poor execution. It’s a damn shame to see a good idea like this go to waste, a damn shame.