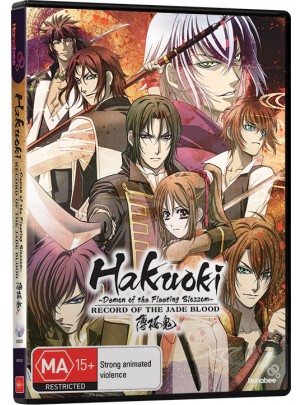 The events of the first season was covered in my review that can be found here. The second season follows nearly directly after the first and my full impressions can be seen below.

The events of Hakuoki ~Demon of the Fleeting Blossom~ Record of the Jade Blood take place nearly immediately after the events of the first season of the series. In this season of the series, the Shinsengumi must fight in a war, while also dealing with the new threat of demons. This is also in combination with the even more immediate danger presented by man made demons known as Fury. 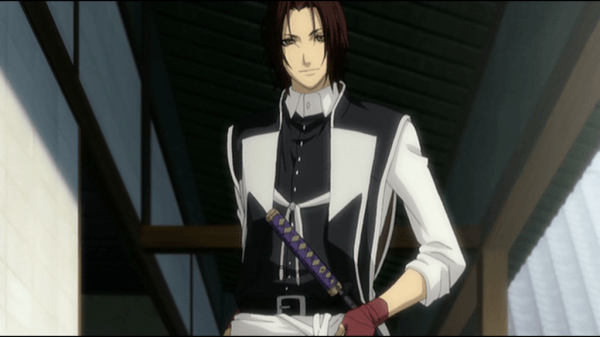 Very frequently in the series, however, is that whatever immediate storyline action that is occurring at the time will often be sidelined in favour of some cheap melodrama. Now in my review for part 1, I said that this was an issue as well. However, in this part of the storyline, it is a problem that has been turned up to 200% and, as such, is approaching nearly laughable levels.

What was even worse about this release is that, even though it kind of directly follows the events of the first, there isn’t a sense of direct continuity because the final scene in the first season is never referenced at all. This is quite annoying because it left the impression that I wasn’t actually watching the following season, but probably a season further down the line. It took research to learn that this was not the case.

I also feel that the story in this season of Hakuoki was an excuse to dress up the already rather fetching male cast in even more fetching outfits. Now, not only are the pretty boys, pretty, but they are almost erotically so. Only they’re as sirs, instead of gimps. I mean, did the cast really have to be dressed so dashingly to fight in what is ultimately a war? From a story perspective, this is rediculous considering that (even though most of the story spends its time avoiding battle in the battlefield) the main characters are actually fighting battles with dangerous weapons on actual battlefields. 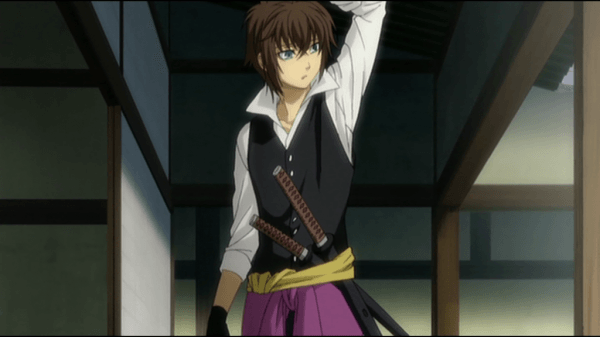 It is incredibly evident that the story in the second part of the Hakuoki saga was designed with a female audience in mind. This is because, throughout the story, you can see blatant Mary Sueism on the main character, as well as having this kind of harem thing where every male character fills some kind of specific role to service the one female character. As a male viewer, this left me feeling alienated and quite disengaged with the series. I figured that I could at least fall back on the battle sequences like with the first season, but no, each fight was depressingly broken up by melodramatic nonsense.

Ultimately, unlike the first season, I just could not engage with this half of the series. It was quite boring and the way they ramped up all the worst parts of the first season made this an almost unbearable watch. Female fans will probably enjoy this. 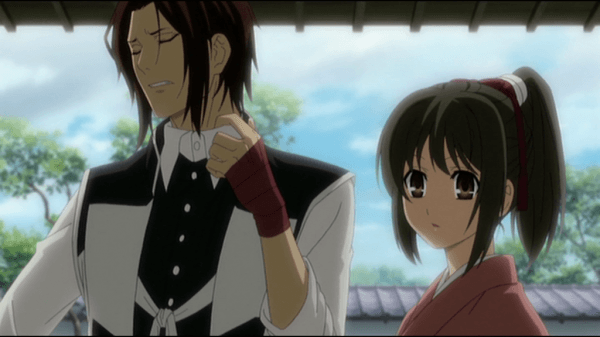 Hakuoki ~Demon of the Fleeting Blossom~ Record of the Jade Blood retains the same visual style as the first season. This is good because it keeps things familiar for the home viewer. And not only that, it’s actually a pretty good visual style.

While I wish I could compliment the fight scenes in this half of the series, they were just too broken up by pointless melodrama to really count on. The only real fight scenes are the important ones, and they’re fluid when there is actual combat going on.

For fans of the pretty boys, the boys are now prettier. While I would have preferred their pretty samurai outfits, their pretty British sir clothing is even prettier. I’m sure that the target audience of this show will be swooning from their chairs after copping an eyeful of these beautifully, magnificent, not-so-manly looking men. If I was a woman, my pants would probably be off after seeing those costumes. 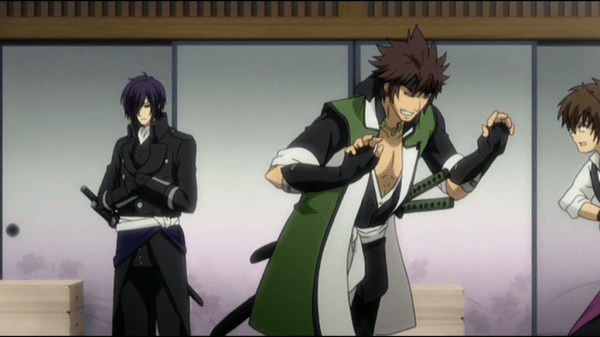 Unlike the opening theme of the first season, the second was quite atrocious. I mean, for a series about samurai, you would think that having a wild west sounding opening would be an atrocious of music. And hey, it was. What was even worse was the accompanying opening video showing a samurai on horseback, further cementing the horrible western theme.

The voice cast from the first season returns on the English dub for this series, but unfortunately I don’t have an ear for Japanese, so I couldn’t tell you if the same cast was present for the second half. Once again, I still disagree with the choice of cast in the English dub and the Japanese dub is clearly superior. While the English dub is bearable and watchable, if you can even on an off day listen to Japanese Audio, I suggest you do so with this release. 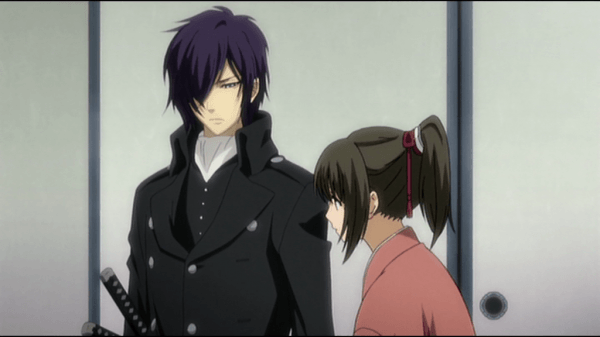 The music was largely forgettable in this season, I mean not only from an Opening and Closing theme perspective, but also from a general background audio perspective. This is a horrible thing for a show that is already lacking to not be doing well.

Hakuoki ~Demon of the Fleeting Blossom~ Record of the Jade Blood is a very bare-bones release when it comes to extras. Unlike the first season of the series, it does not contain any trailers for upcoming releases. It does, however, retain the clean opening and closing extras. Also included is a pretty swell artwork in the back of the cover featuring two of the shows prettiest males. Pin the cover to your walls ladies.

Hakuoki ~Demon of the Fleeting Blossom~ Record of the Jade Blood is a series that somehow manages to take what was bad about the first season and then accentuate on that with the second. While it’s understandable that the target audience probably enjoyed that aspect, as someone sitting on the edge of that audience, it made things significantly worse. If you’re a fan of the Shinsengumi, female or have a thing for very pretty boys and melodrama, then this release is for you. Anyone else, avoid.