Hacknet was originally conceived in a 48-hour game jam that has quietly bloomed into a full blown game in the last two and a half years. Inspired by terminal hacking sims of yesteryears, Hacknet uses actual UNIX commands and a visual GUI to simulate hacking into a wide variety of computer systems. Players will start off as a small time hacker and work their way up the rankings, all in hopes of getting close enough to solve the murder of the hacker Bit. 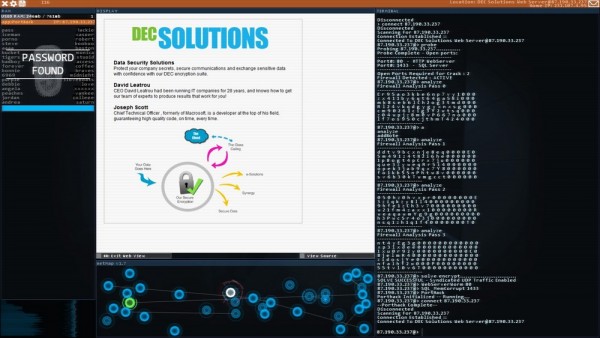 The game kicks off with the player receiving a mysterious message from Bit. He created a fail safe to ensure that if he died, in 14 days a message would be sent to player. The plot is a little slow, as the main plot only makes serious progression during the last third of the game; however, the short plot is engaging.

The developers have done a great job of giving life to the computers the player will hack into. Random chat logs, both written for the game and from bash.org; personal emails; and other files litter the computers in the game, which create the slightly eerie feeling of secretly intruding on people’s lives. It is also clear the game is actually written by someone familiar with computers, as there are small references to real life tech knowledge like the default eOS smartphone password “alpine.” 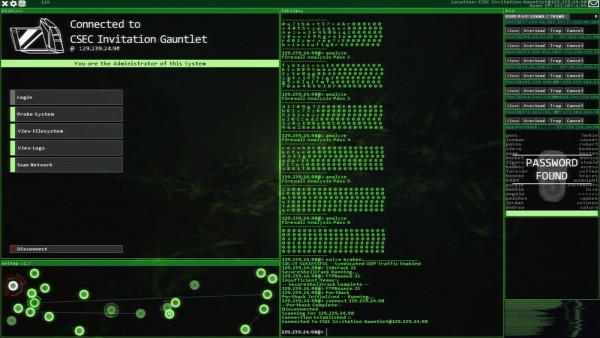 Without spoiling too much, there is a major ethical dilemma in the game that may make some players extremely uncomfortable. I appreciate the fact the developer kept this in mind. Players are provided with a way to avoid the situation, while still giving them access to the needed hacking tools the mission provides.

Though Hacknet won’t actually teach players how to hack, the game will teach players some basic UNIX commands. Combined with the excellent world building, Hacknet does a fantastic job of making the player feel like a hacker. The actual hacking requires players to run several programs to open up ports, defeat firewalls, and overload proxies in order to gain administrative access to the target computer. The player will need to use their wits to defeat active traces and unhackable computers. The active traces give players a hundred seconds or less to break into the system. Since the player’s computer has limited RAM, only a certain number of hacking programs can be run at once which leads the player on some really tense moments. Unfortunately, once the player figures out the most efficient method of hacking a server, the actual hacking gets really repetitive and a bit boring. The game is extremely linear in nature, with players picking up contracts until they can unlock story related missions. There are a few spots where players get the chance to explore off the beaten path, but these are too few. 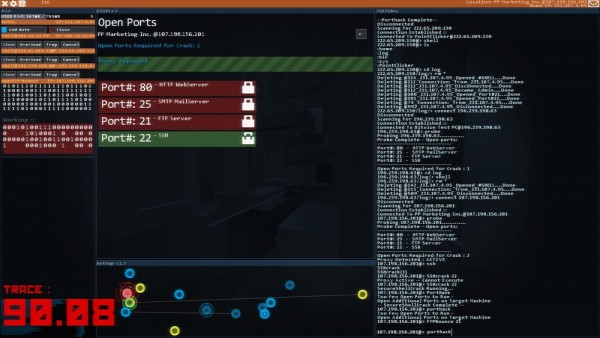 Once the computers defenses are cracked, the real puzzle solving begins. Players need to snoop around the computers, combing through emails, text files, and networks to find the solution to their mission. The overall difficulty of the game starts rather low, but ramps up nicely as the game progresses. By the end of the game, there are some really devious puzzles that await the player. There are a couple creative moments that really stick out in the game because of their uniqueness. Without spoiling anything, they provide a really great surprise that either had me scrambling to work around the challenge the game threw at me from left field or left me grinning like an idiot thinking “this is pretty awesome.” 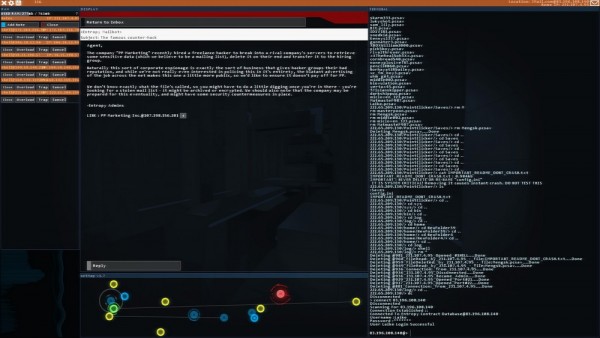 Hacknet’s controls emphasize the terminal. Technically, the entire game could be played only using the terminal, but slow typists need not worry though. The game does have a GUI that makes navigating through files and networks a lot easier. For the hacking commands, the terminal behaves like most terminal applications in real life, so liberal use of the tab key will also help players auto-complete commands and file names. I am not a fan on how Hacknet handled the list of accessible servers. Each server appears on a box in the UI. In the early to mid game, there is no issue with the layout as there is plenty of space. Once the player hits the end of the game, that box gets really cluttered, and it becomes a bit of a pain to navigate around the box. 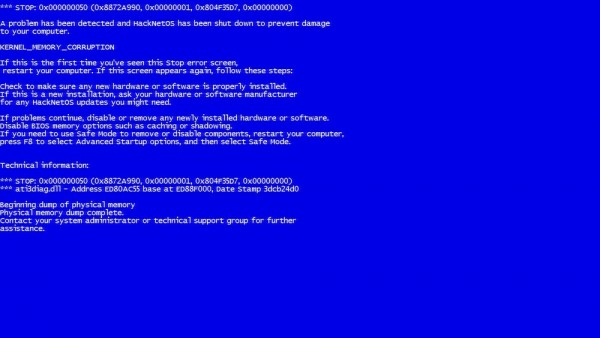 Hacknet has a simple UI that is reminiscent to old-school computers. The UI is well organized and the game actually comes with its own theme changer. As the player hacks their way through the game, they can make copies of other x-server files and change the layout and colours of their UI. All of the hack programs are visualized in a pleasing way, ranging from pulsing graphs to lines of code. I had one small annoyance with the UI which occurred when the game is played in windowed mode. The mail icon and Windows’ close window button are right next to each other, which caused me to accidentally shut down the game when I reached for my mail several times. 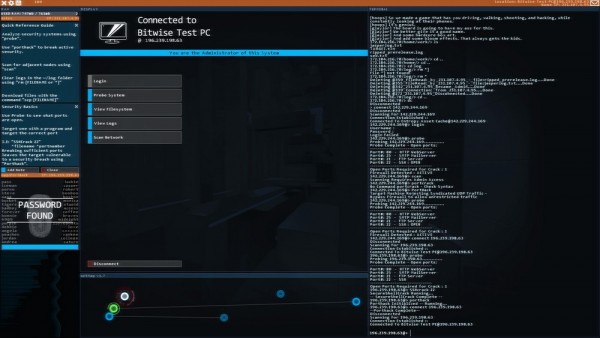 Hacknet features classic blips and bloops of computers along with a solid electronic soundtrack from a variety of artists. The game does a great job of using the music to build tension and pace the game. The only weakness is that Hacknet will play the same track on repeat for a single area, so getting stuck in an area can get pretty boring audio-wise. 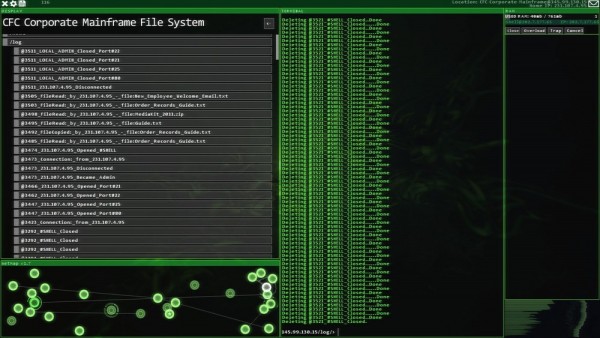 For fans of terminal based hacking simulators, Hacknet is probably one of the best titles the genre has produced in the last decade. It has its flaws with its linear gameplay, hacking mechanics that get boring after a while, and weird story pacing. However, anyone who is willing to look past this will be rewarded with fantastic puzzles, a great world, and a wonderfully immersive atmosphere.