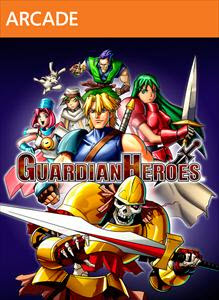 The SEGA Saturn is not a console many people have had the chance to play, so, thankfully some of the the Saturn classics are being brought over to XBLA. And if the Guardian Heroes HD remake is anything to go by, I’m quite
dissapointed that the Saturn didn’t make a bigger splash. 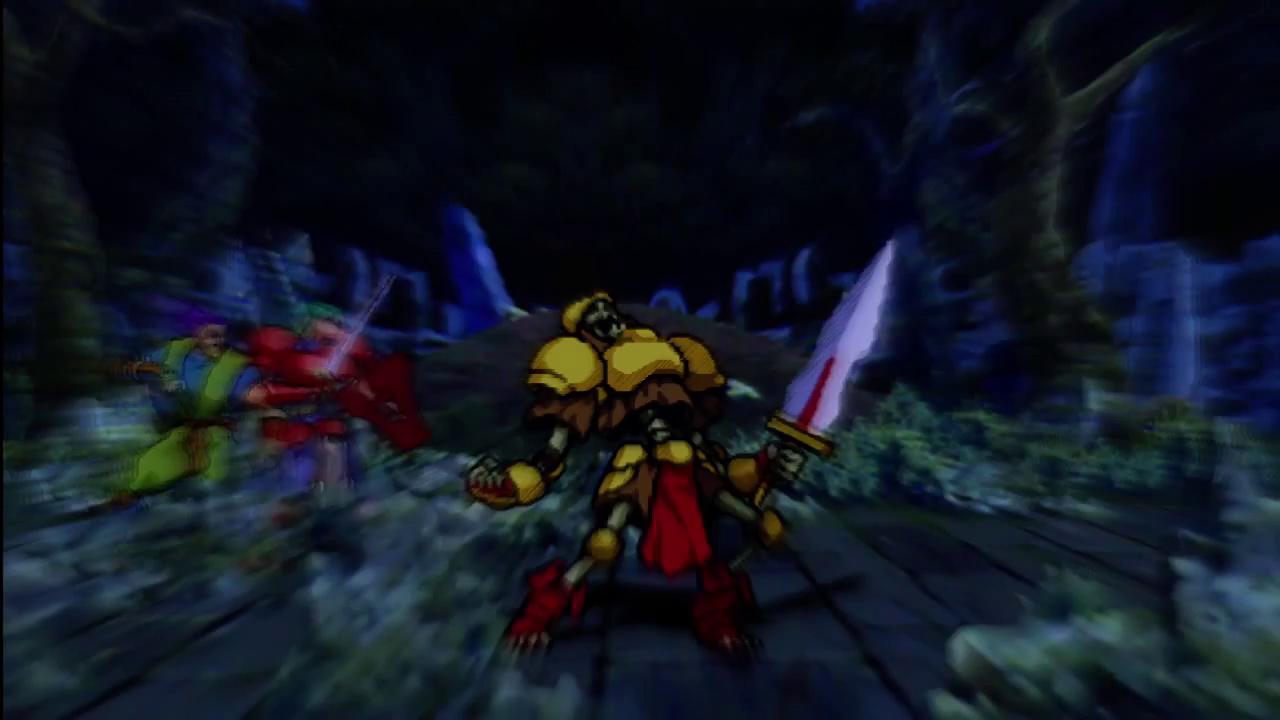 Guardian Heroes gives you the choice of four heroes, each with different strength, weaknesses, and powerful abilities. These characters are essentially your classes. There’s the dedicated warrior, mage, and healer, as well as a
warrior-mage hybrid.

At the outset the four heroes celebrate their discovery of a powerful and ancient sword in a village tavern. The party is soon crashed by a defected knight, Serena, who warns them the royal guards have arrived and are out for
the blood of those who possess the sword.

Guardian Heroes is a two-dimensional sidescroller, with different “lanes” you can jump backwards and forwards to within the 2-D plane. The combat is a simple button-mashing affair, however it is complemented by magical abilities,
which you can use to devastate your enemies in various and creative ways. On top of that, every character has different basic attacks and abilities, so the button-mashing results in very different effects based on who you’re playing with.

After escaping the village, the sword resurrects an undead hero of a past age. This hero is there with you throughout the game during your various battles (unlike the other three heroes, who disappear from battlefields until they pop in cutscenes). You can assign him behaviours such as aggressive or protective, etcetera.  He becomes a good damage taker, particularly if you’re playing a squishier character on the higher difficulty levels.

It’s after this chance encounter that the game reveals its true vision in its inclusion of RPG elements. You’re given the option to “level up” attribute levels to increase your magic power, damage, and health (among other things). So if you’re feeling limited by the health levels of the mage, you can always invest in upping his health levels.

And then there’s the major one. After the first level-up, you’re offered a choice: Go back to the village, go to a rebel hideout, or seek shelter in the woods. This is the first of a great range of choices you’ll have the opportunity to make on the way to the five various endings, and it is astounding because this game, first released in 1995, implements the choice system far better in terms of gameplay than many games still do today. 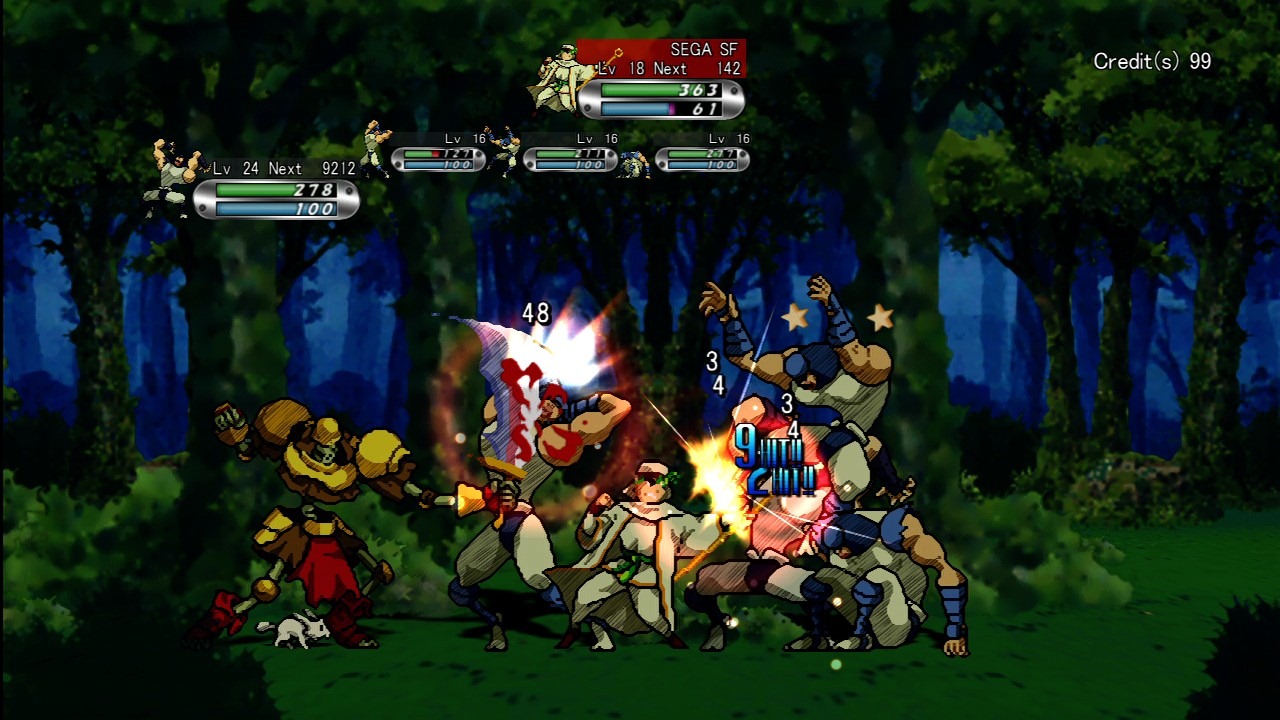 Rather than different dialogue choices or NPC responses based on your decisions, your choices lead to entirely different combat stages and levels. Aside from the introduction, your first playthrough, could be absolutely nothing like your second and third.

This does, however, have a problem, as on the story-side of things, based upon your decisions entire characters could be left with Pending Fate Syndrome when you finish a run through the game, so that to truly get a picture of what’s going in the world of Guardian Heroes and reveal all the important plot twists, you will have to play through it at least twice. This is counterbalanced because it’s absolutely no hassle to go back and play a second time and make different choices, but a player really shouldn’t have to play a game several times to understand the most basic of plots.

The game punishes deaths by taking away one of your “credits” and bringing you back up to full health. If you’re playing on easy difficulty, you won’t even have to worry about it as you get 99 revives, but as you up it to normal and hard, you get fewer and fewer credits, and you’ll become much more reliant on dodging, countering, and using the undead hero for protection.

Based on the difficulty and your choices, a playthrough can run anywhere between 45 minutes and two hours.

You can play the entire game co-op with a friend, whether on or offline, and (of course) side-scrolling action-packed mayhem ensues.

There’s also a versus mode packed into the game, where up to six people can team up as various characters and pit themselves against the game’s characters, bosses, and enemies in timed battles to the death.

Guardian Heroes also has the option of reverting to the classic SEGA Saturn control-scheme, though I personally recommend against this, as it less intuitive than the updated Xbox controls. 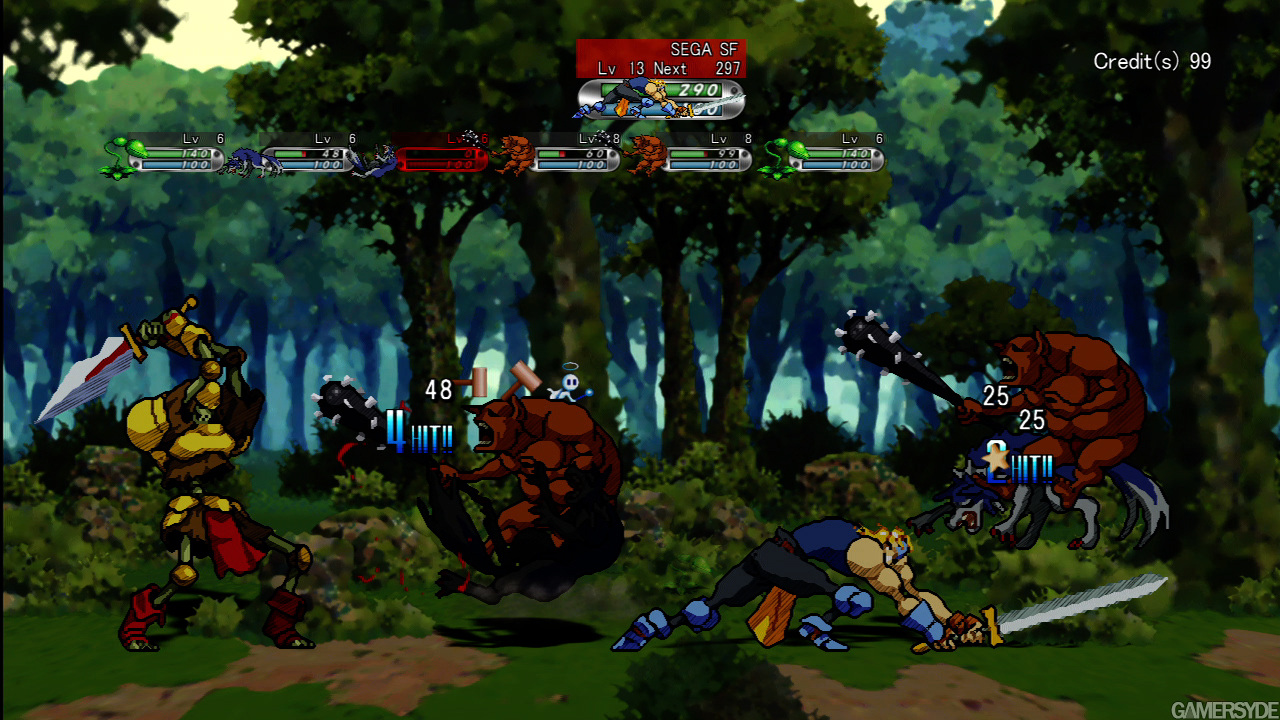 Guardian Heroes features a shiny new coat of paint for its high definition release. The updated graphics, particularly with regards to the character models, look great on a big screen without compromising the original 2D art of the original.

For the purists, you can also revert back to the old Saturn graphics, but, sadly, there’s no easy on/off toggle in-game. To change back and forth requires you start an entirely new game, so you won’t find yourself comparing the old and the new mid-game.

Of course, you can tell the game isn’t from the modern era of gaming, as some of the textures and backgrounds clearly harken back to the days when three dimensions and higher polygon counts had only begun to be explored in video  games. 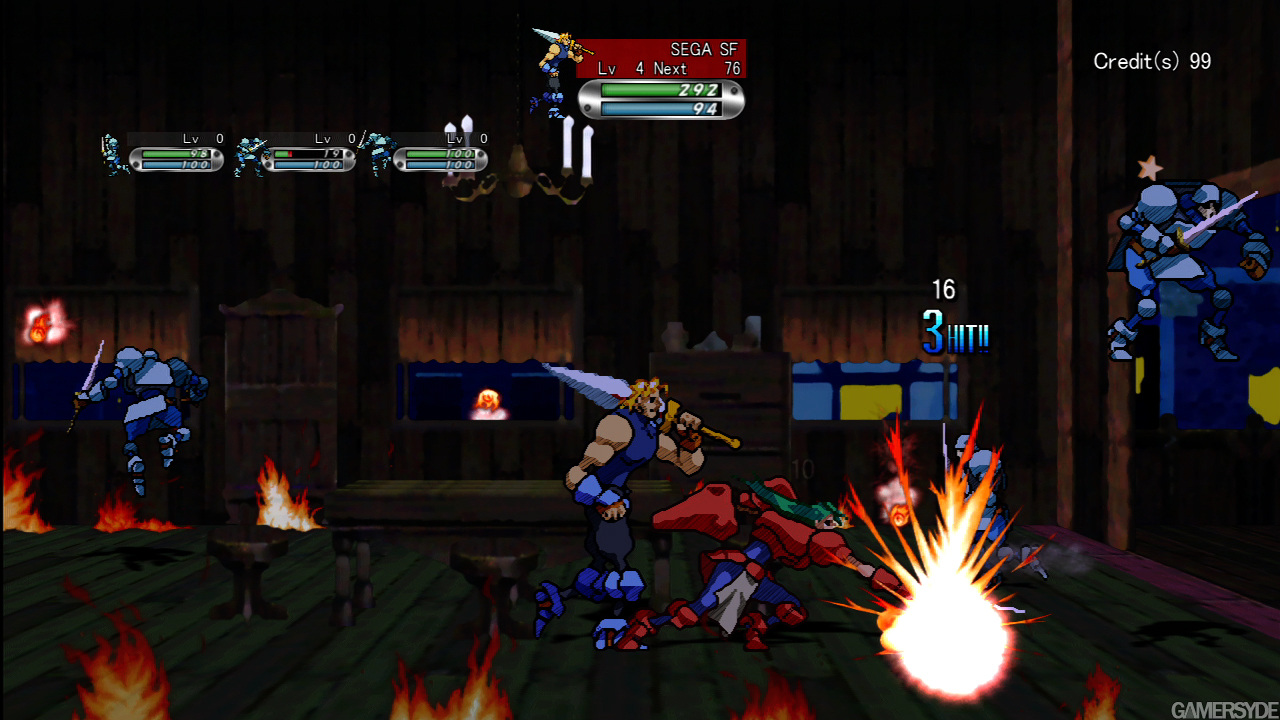 The sound work for the game is outstanding. From the great musical themes, to the sounds of swings, bashes, impacts, and magical blasts, the sound-design sells the world of Guardian Heroes even today, when the graphics are slightly lacking in that department.

There is no voice-acting, as characters speak through pop-up text, but the writing of the text is both sharp and witty, though there was a typo halfway through one of the game’s pivotal moments in my first playthrough, which I found amusing, as it entirely reversed the meaning of a character-defining monologue (I challenge you to find it).

All in all the game is a spectacular re-release of an old classic. Having different choices result in completely different playthroughs is something many games still struggle with today, and Guardian Heroes gives you a unique gameplay experience each and every time (or at least the first ten-or-so times). The updated graphics do the job, holding the game up at high resolutions, and the audio remains spectacular.

The game is a great blend of combat and RPG, held back only by the repetitive nature of button-mashing and the story issues created by the branching levels and decisions.