Gameloft have a knack for capturing the heart and soul of popular gaming genres and bottling it down to a mobile experience, without sacrificing any of what makes those genres great. GT Racing 2: The Real Car Experience furthers this tradition, but capturing the heart, soul, look and sound of popular console racing sims, and creates an experience so robust that I can say it is easily the most fun I have had with a mobile racer. 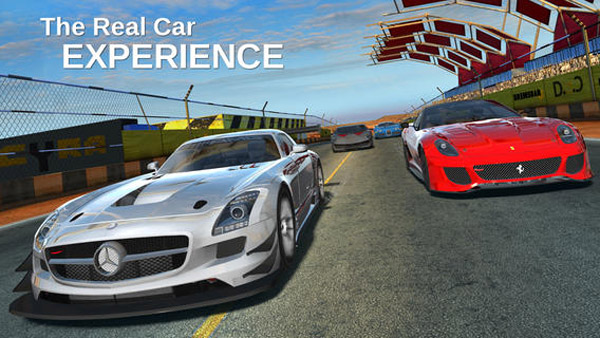 Despite it’s platform and hardware limitations, GT Racing 2 can stand alongside console giants of the racing genre. It wears its inspiration on its sleeve, and offers a surprisingly robust handheld, or on-the-go driving sim experience.

As is the norm for any racing game, you are given a billionaire’s dream garage full of cars to choose from. Everything from road-standard Renault Clio’s through to ultra high end cards like the Ferrari 599XX are all available. In total, there are 67 licensed cars, from 30 different manufacturers, all at your fingertips… kind of. Some of the cars are rather difficult to unlock and require you earning enough points in either the game’s campaign or platinum series events in order for them to become available in your garage.

The game’s campaign puts you in a series of different racing events. There are over 1400 events total in the game’s campaign, including classic races, overtake challenges, qualification time trials and more. They start at a relatively easy difficulty, and steadily increase as you improve and upgrade your car. However, the Platinum Series events are not for the faint of heart, and the difficulty is amped up substantially. However, the harder difficulty leads itself to better rewards, like more of the game’s currency, and even high-end cars to race with. GT Racing 2 also features an awesome multiplayer mode that allows you to race against your friends to see who is the best. 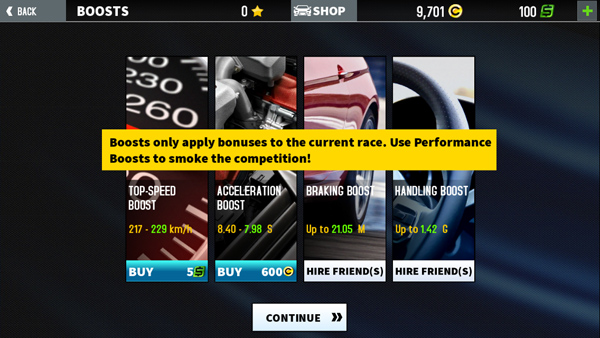 At the beginning of each race you are also given the option of applying various boosts to your car. You can select a number of different enhancements like a modifier to your top speed or your acceleration. Each of these costs a small amount of the game’s currency, but can really make the difference – especially in harder race levels.

The controls for GT Racing 2 are really easy and intuitive. You simply tilt your device’s screen to steer in that direction, and tap on the screen to stop. However, hitting the break is hardly necessary, as the game will automatically slow down for you as you hit the tighter corners.

The game is free to play, and as you might expect there are a few in-app purchases. You earn two types of currency, and each is used to purchase more vehicles, cars and upgrades. You can opt to put in a few real-world dollars to pad your account and unlock that sports car a little quicker, but I never actually felt it was necessary to put any of my own money into the game to enjoy it. 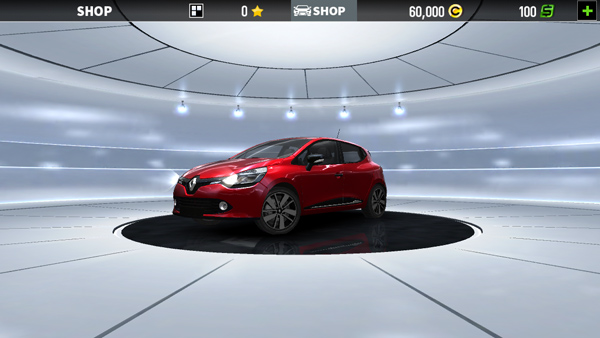 Visually, the game is amazing. Although it is no nex-gen console racer, it really pushes the mobile hardware to its limits. Car models and lighting are all fantastic, and aside from a few jagged edges here or there while racing, they look unbelievable. Light reflects off the paint the same way it would off a brand new showroom model car. The backgrounds are similarly well done, especially the way the light passes through the trees and buildings in the backdrop. The soft golden glows of an impending sunset really add a sense of life and beauty to the game.

The game ran smoothly no matter how many cars were on screen at once, including the time when there were literally 11 cars all squeezing past one another for pole position. I’m not sure how well older phones would handle the game, but I was playing on my iPhone 5s and suffered no input lag or frame rate drops. 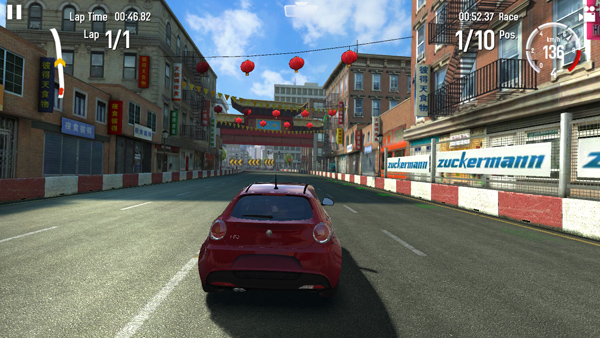 The Audio for GT Racing 2 is outstanding. Gameloft have managed to capture the feel of being behind the wheel of a million dollar racing machine, and a lot of that is due to the near perfect capture of the engine’s rumbling. The hum and the roar as you accelerate really get you sucked into the game and it adds all that much more to the enjoyment.

One problem I typically have with racing sim games is that the only sounds you ever hear are those of the engine and the wheels on the road. GT Racing 2 does one better, and has music playing in the background while you race. It is a little addition but can really break up the monotony of only one or two sounds playing over and over again. The fact that the music is licensed and something you can sing along to while racing also adds a little bit more fun to the experience. 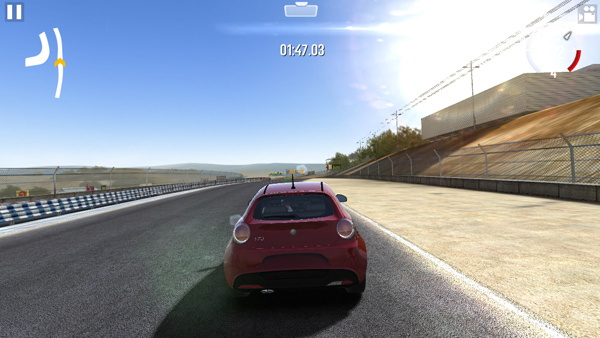 GT Racing 2: The Real Car Experience manages to bottle the essence of the big-name console racers and put it into the palm of your hand. With almost 70 cars, and 1400 different events to play through across the three game modes, GT Racing 2 offers a tonne of content for anyone who loves four-wheeled racing machines. Not only that, but its beautiful car models, combined with awesome audio really make this easily the best racer I have played on mobile.