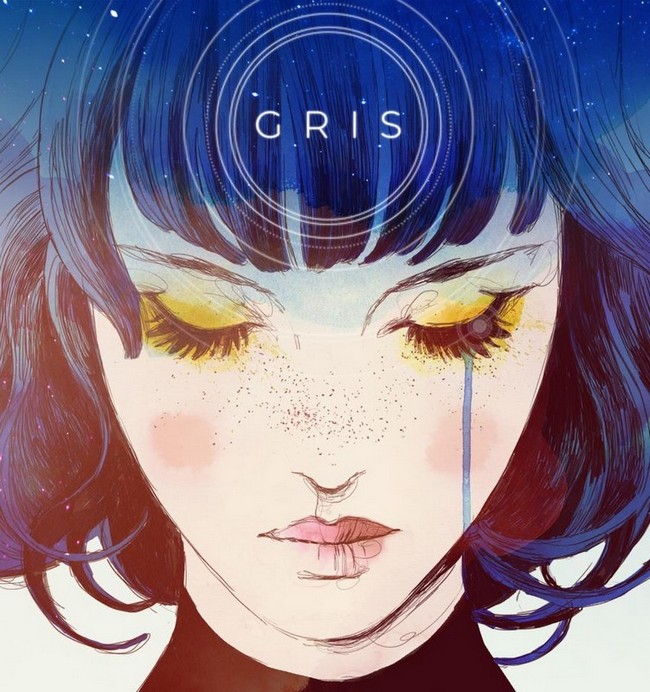 There is a certain allure in games being deliberately vague, leaving it to the player to puzzle the missing pieces and come up with the story. The best lore bits from Dark Souls are found in the item description or hidden writings and they been the community fuel for fan theories and understanding more of the game. This game has nothing in common with the above-mentioned series, yet its narrative mystery was more than enough to keep me glued to the screen as I played it.

“Gris is a hopeful young girl lost in her own world, dealing with a painful experience in her life. Her journey through sorrow is manifested in her dress, which grants new abilities to better navigate her faded reality”. It doesn’t tell you much from the get-go, right? And as I played it, I haven’t encountered any memorable vocal acting or cutscenes. Only the bare minimum, going by the formula of “less is more”. You are Gris, a shy girl with a magical dress navigating through a colorful world. There is an overarching story of depression, grief and overcoming them but for the most part, it is left to the players interpretation. 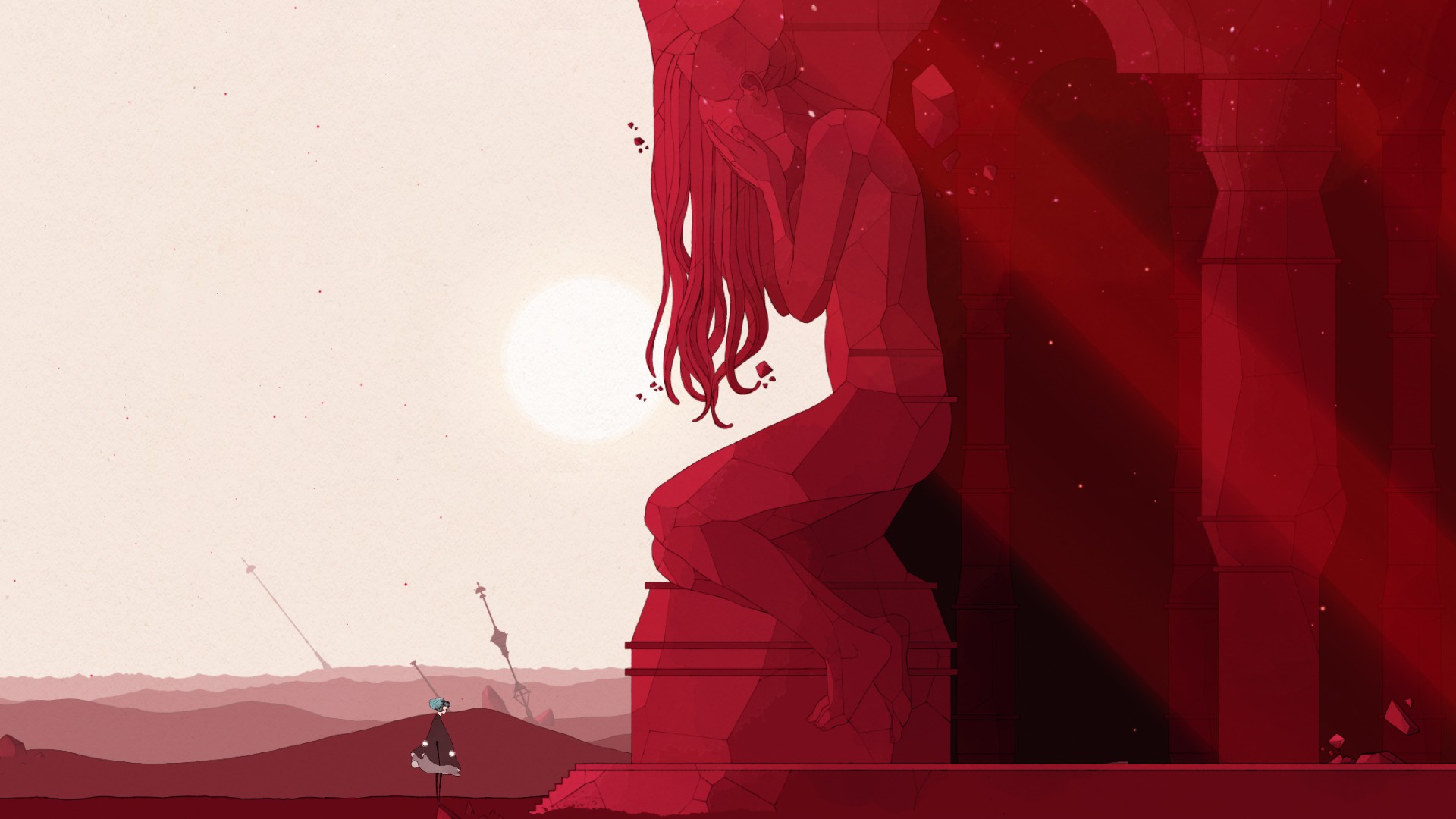 GRIS could be described as a sidescrolling platformer if we were to really dumb it down, but let’s not. It’s so much more. You find yourself in a desolate world, full of ruined buildings and statues. There are strange inhabitants here and there, such as some cutesy forest critters, but it’s usually you (and your pretty dress) trying to make sense of it all. “GRIS is a serene and evocative experience, free of danger, frustration or death”. What it basically means is that’s impossible to die. No enemies, bosses or pitfalls all trying to get the best of you. Your only enemy is a miscalculation during platforming bits and at worst you’ll be forced to redo some jumping/climbing section. As you move forward and solve jumping puzzles, you’ll be restoring the color to the world and gain new abilities for your dress. You can transform it into a heavy square block that’s harder to move or you can use it (yourself, actually) to break down some barriers. You can also make yourself lighter to reach higher grounds and so on. The abilities you learn over time also have a subtle impact on Gris, making her overall movements faster. 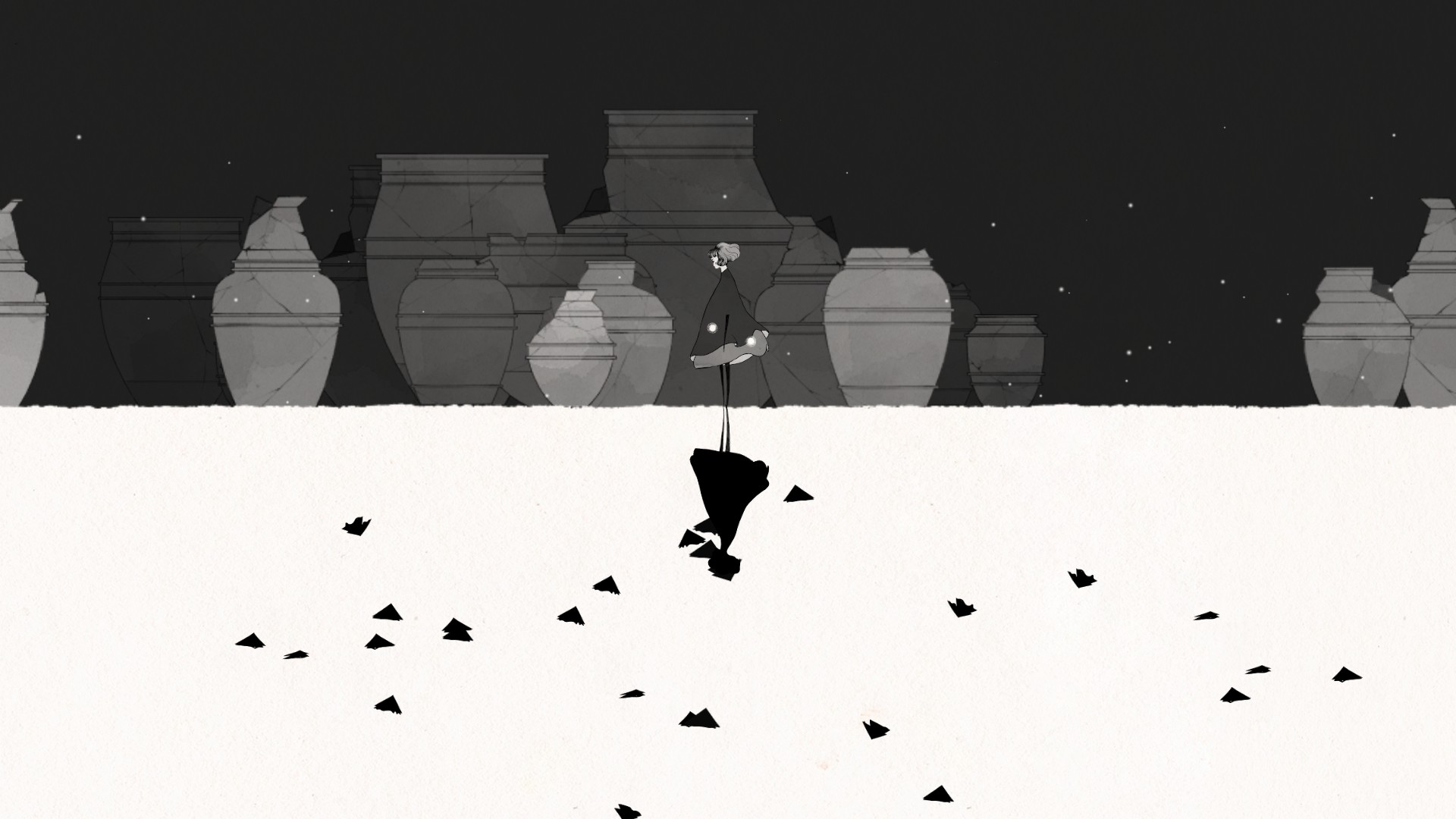 And now, a star of this review. After showing her some screenshots and gameplay videos, my friend jokingly called GRIS an “F12 simulator”. If there was a way to write as short as possible review of this game, that would be it. Despite its short length (3 hours give or take), the game never ceased to amaze me with its visuals. GRIS is breathtaking, hand-drawn and with a distinctive watercolor & ink art style. GRIS is an equilibrium of a terrible disaster that struck our protagonist and an astonishing beauty sprinkled throughout the game world. A message that perhaps something beautiful can still be found in an otherwise grim experience. A central theme of the game that is also visually depicted as we progress through the story. Later on, you won’t find as much cracked statues and ruined interior. Most of the visuals will have a focus on the habitat and nature surrounding us. As our protagonist grow and learn, so does the environment change for the better. 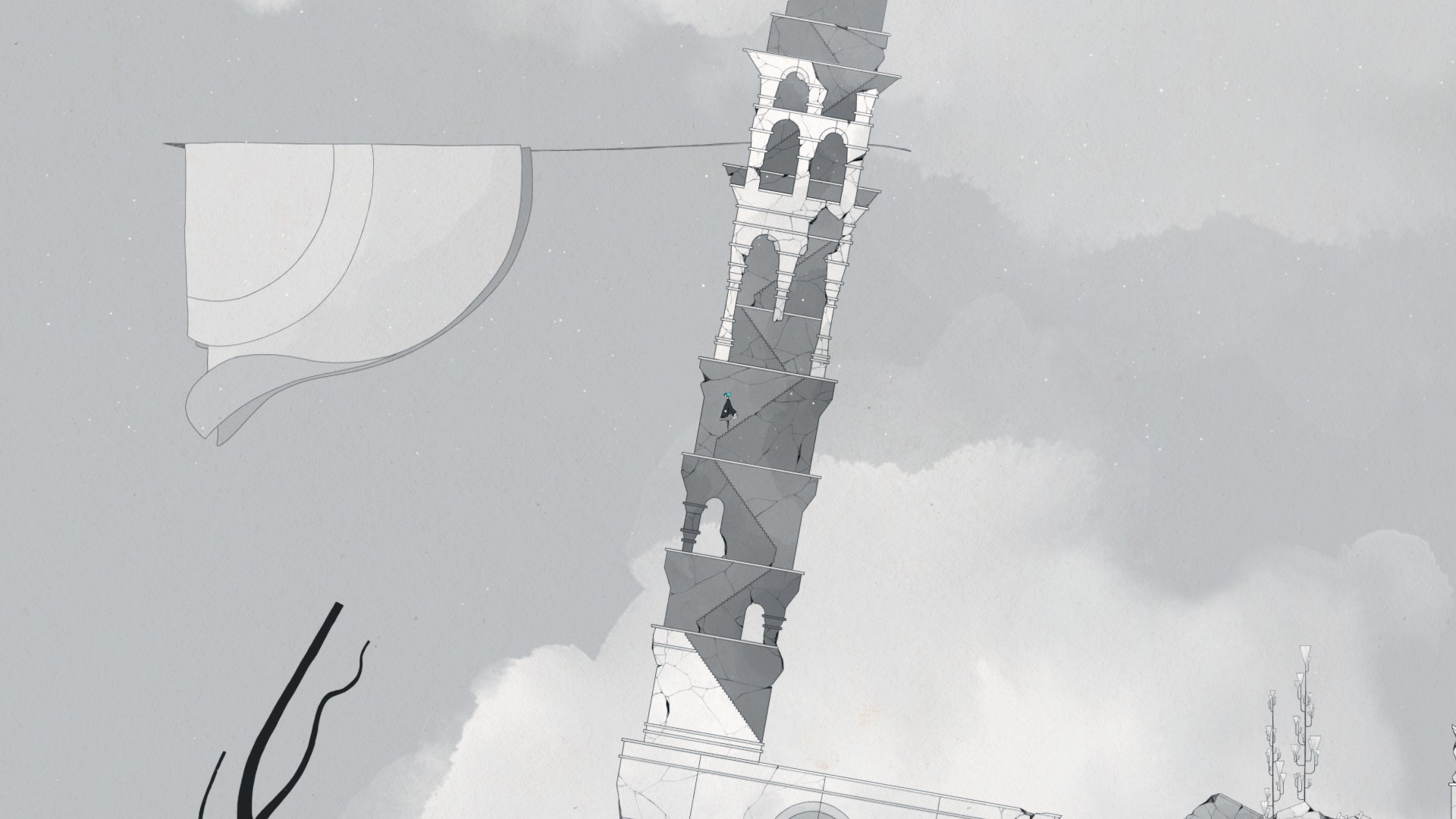 As the visuals are minimalistic (the game entirely lacks HUD and only has a bare minimum of screen tips), the same could be said for the audio. It is scarce, yet strong. Not a strong repertoire of music and themes but those few surely made an impact. The music might drum up during some rare in-engine cutscenes but usually, you are accompanied with some chill and meditative audio background. However, it is strongly recommended to play GRIS with a good pair of headphones for an improved experience. 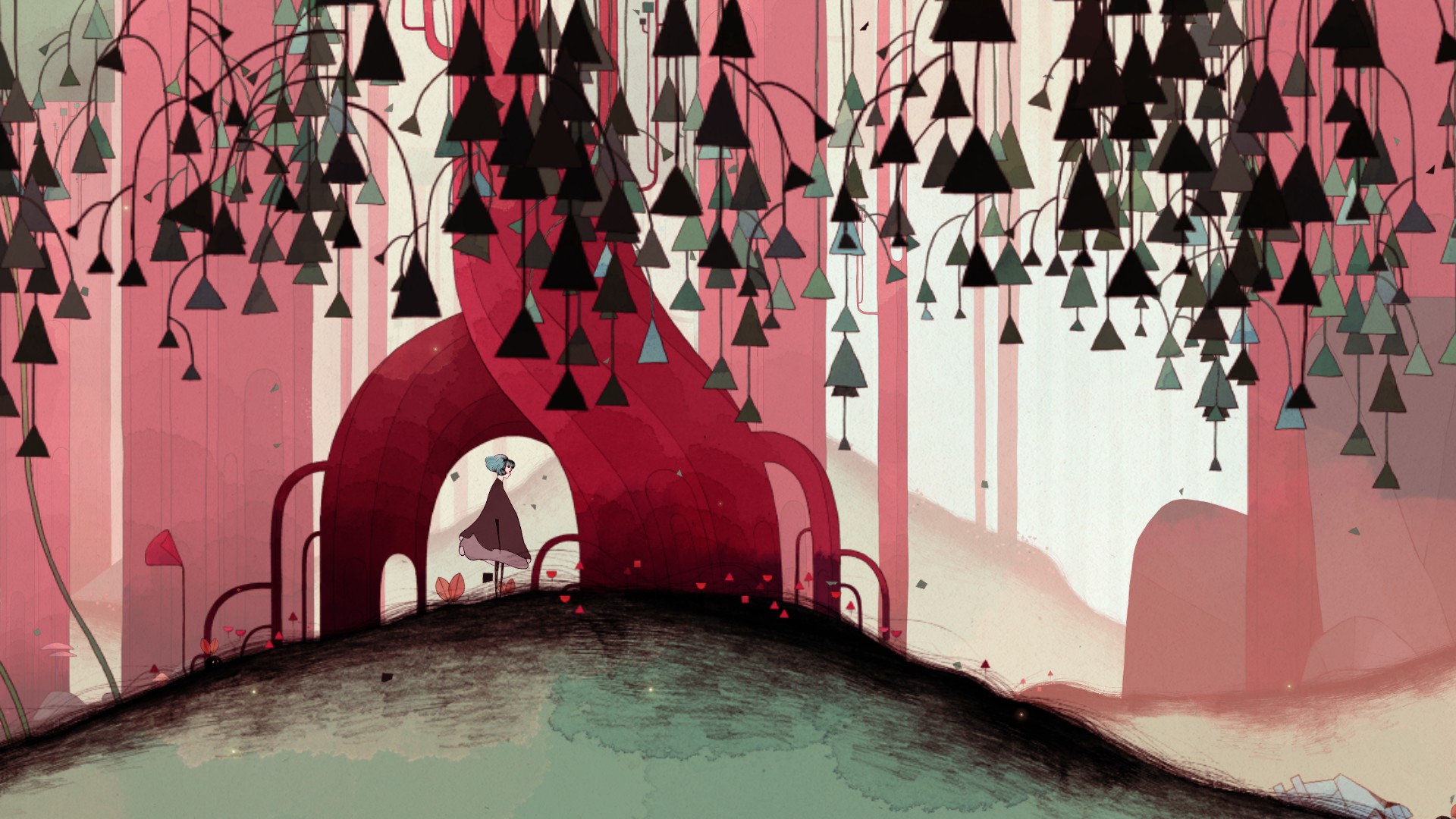 After a recent disappointment, GRIS came just in time to wrap up this year on good terms. I can’t remember the last time I played such a visually stunning and atmospheric game. A perfect addition on a cold Christmas night, while you’re all snuggled in a blanket with a cup of hot cocoa nearby. It is a game oozing with creativity and dealing with difficult topics in a clever way. A game when someone asks you “well, why should I play it”, you buy them a copy and tell them that now they can find out themselves. No matter what the next creative endeavor of Nomada Studios is, I hope it retains at least half of beauty and atmosphere as GRIS.

A watercolor painting in motion. Worth picking up for visuals alone.
9