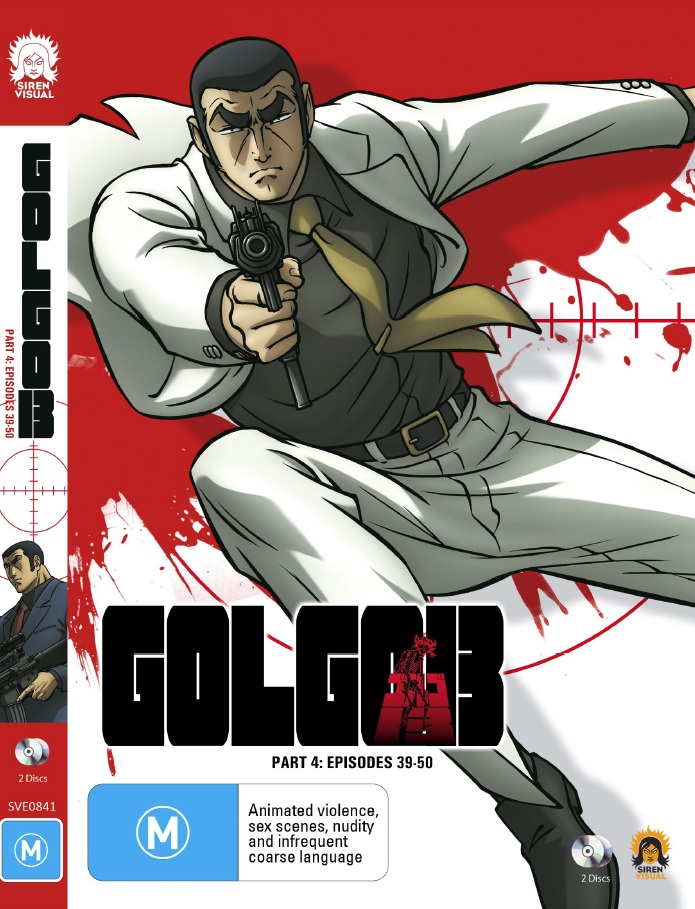 What sort of show would you get if you combined an assassin, a sexy Japanese man, frequent sex, unrelatable characters and a lot of nothing really? If you answered Golgo 13, you would be correct. Unfortunately for the series, the fourth part of the Golgo 13 collection does nothing to remedy any of the issues that the series has. Instead it only expands and exacerbates most of them. What did I think of this particular disc as a whole? Read on to find out.

Golgo 13 is a series about a Japanese Assassin for hire named nicknamed Golgo 13. He is a straight-faced silent killer that somehow manages to woo all of the ladies. If there was a concurrent storyline, I would not be able to tell you what it is, simply because, from what I’ve seen, there is nothing linking the episodes together.

One of the biggest problems of Golgo 13 is that the storylines in each episodes rarely revolve around Golgo himself, but they would rather focus on characters that were introduced in that episode and then feature Golgo in a limited capacity. If I was a newcomer to the series and was jumping in at this point, it might be easier for me to jump straight in with this format, but with no real storyline between episodes, there is nothing really there to keep me on as a viewer. 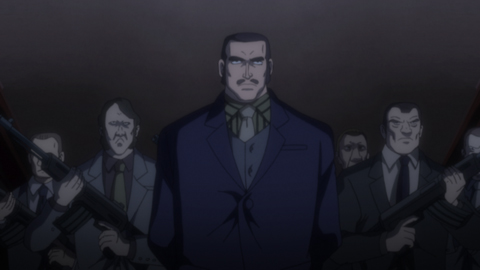 Some of the things that happen in the stories in this particular package are completely nuts. For instance, in order for Golgo 13 to complete one of his assassinations, he blows up an entire building in order to shoot his target. Why didn’t he just blow up the building with his target in it? Why not impose as a security guard or something? By using an entire building, it seems like the team behind the show wanted Golgo to come off as some kind of genious, but really, he just destroyed a building for no reason.

One of the biggest problems I’ve found with this series though, is that Golgo 13 constantly kills the women he fornicates with. Often this is very soon after the fornication has taken place. Even worse is that there is no real reason for him to do this, or if there is, it is the most flimsiest excuse ever. Oh what’s that secret service woman? You know who I am and have seen my face. I’m going to shoot you now, even if the secret service likely already knows everything about me; you sure did. Actually, she may have been some kind of British spy. Ah well, she’s dead now.

If you’re the kind of person that likes to watch standalone stories with no real arc or character progression throughout an entire series, Golgo 13s story will be on that you’re interested in. However, if you like any kind of cohesion, definitely avoid this like the plague.

Visually Golgo 13 is the same as it has been in previous releases. If there has been an improvement in visual quality, it has been lost on me. This isn’t to say it’s a bad thing, but generally, things should significantly improve as a series progresses. 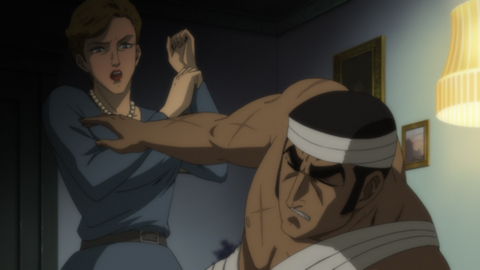 Fortunately, some of the complaints I had from the last release have been alleviated slightly. The main one of these that I want to talk about is the egregious over-use of closeups on Golgo 13s face. In this particular release, this has been cleaned up significantly. However, if you pay attention, you’ll find that in some episodes they’ve just found other ways to stick it in. Like in this one episode where Golgo 13 has to fight another assassin. You’ll notice that his face has a significant closeup in one of the background monitors as opposed to a full on closeup that would normally have occurred. Now this is not to say it doesn’t happen, but it does happen significantly less.

One thing that I noticed on this release is that many of the female characters are quite plain looking as opposed to the beauties of the past. As someone who is slightly invested in the Golgo 13 franchise, it saddens me to see how unattractive the women have become. These are one of the main selling points of the series, but if they’re going to make everything less pretty, what’s the point in continuing?

There is something about each scene that makes it undramatic, I’m not entirely sure what it is though. Maybe it’s just the way it’s directed, I think it’s supposed to have a kind of noir feel to it, but it does not. It just does not work and as a result, detracts from the series. 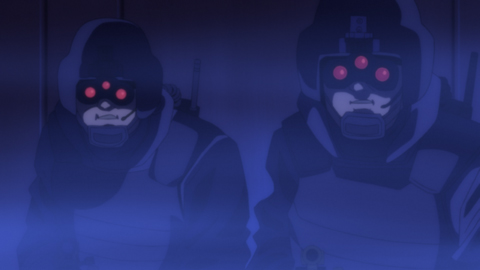 Overall I can not recommend Golgo 13 based on visuals alone, however when combined with the poor story it becomes slightly more bearable, but not by much. Avoid if you want pretties.

Golgo 13 is one of those Anime series where if you’re the lead voice actor, you really don’t need to do all that much work. The title character barely says anything and instead gives all the dialogue to the side-characters. This is quite unusual as you would expect the lead character to have the most to say, or, at the very least, the most important lines of the show. In Golgo 13, this is simply not the case. You don’t even get inner monologues. 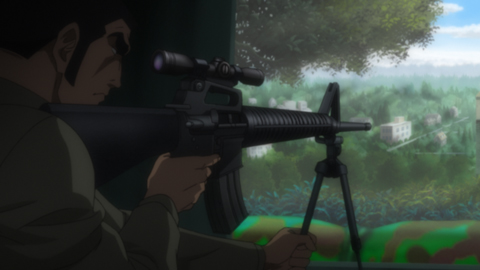 It also seems like most of the dialogue spoken in this show exists only to service the plot, rather than actually having the characters display any personality. The best example of this is where Golgo is on a bridge with this British (American sounding) woman. She explicitly states that the reason he is about to kill her is that she has seen his face. She tells us the story and the reason why it has to happen. As a viewer, this bores me. I want to find out why Golgo 13 kills anyone that see’s him. I don’t want to be told that he does it because he has been seen. Why not show a flashback where his identity has been revealed has led to something bad happening?

I’d have to say that I have no preference for either the English or Japanese tracks at this point. Both are just so unbearably plain that listening to the one feels like listening to the other. However, the show has some really great opening and closing themes, so that’s definitely a positive for the Audio.

Golgo 13 comes with a reversible cover that allows for users to flip and reverse it. The underside of the cover actually hosts superior cover-art over whats shown on the front. Definitely flip it. Golgo 13 also comes with clean openings and closings, as well as three trailers. These can all be found on the second disc.

Overall Golgo 13 is a horrible series that should never have been allowed to see the light of day. However, it can be entertaining for people who are looking for just the right series. If you’re someone that loves standalone stories, not caring about characters, sex and assassinations; this is definitely the series for you.