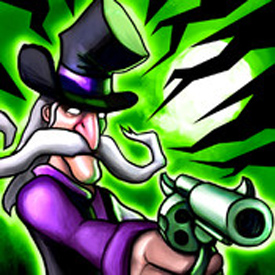 Gloomy Hollow is a point and click style action-RPG that takes inspiration from Diablo and other dungeon crawlers. Instead of the traditional point and click controls, you navigate your way through the game’s worlds, killing enemies, gathering loot, improving your characters and retrieving mystical crystals using a series of simple gestures. The game is let down by clunky controls and a few nagging audio and visual problems, but none the less delivers a solid experience. 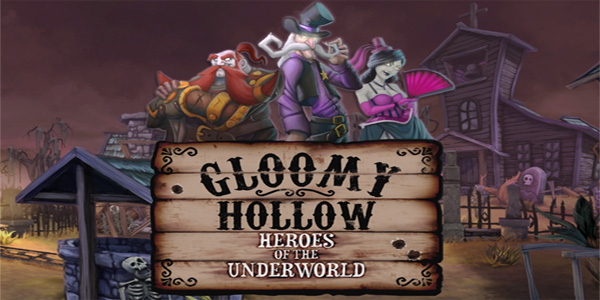 Gloomy Hollow was once a place where the spirits of the dead could live happily and peacefully for all eternity. However, times have long changed the Hollow and it is now a dark, evil, twisted version of its former self. Demonic beasts have arisen, and it is up to a band of three wayward souls; Mustache Jim, Smithy and Rosie to the defeat the beasts, and gather the 5 Crystals of the Underworld in order to return Gloomy Hollow to its former glory.

The story is entertaining, and told through the realm’s various characters such as The Mayor and the old sage; Bulbazar the Wise. However, it isn’t the be all and end all of the game Gloomy Hollow can be enjoyed in its entirety even without reading all of the dialogue. This is accomplished by the game being very clear on your objectives – pointing out which level you should be traveling to next, as well as highlighting any enemies that may need killing in order to fulfill the game’s side-missions. 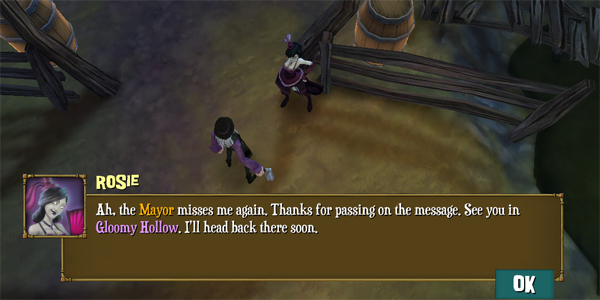 Having the game be perfectly playable without reading the text is a benefit. Some of the dialogue feels a little broken and disjointed, so being able to skip it without the fear of getting lost down the track is great.

Gloomy Hollow is an Action RPG/Dungeon Crawler. The control scheme draws its inspiration heavily from point and click action games (especially Diablo). While it takes this inspiration, the game’s play style is made unique by replacing the traditional “mouse” controls with simple iOS gestures. The main gesture that you use is tapping; you tap where you want your character to move, and tap enemies and objects in the world to attack them. Pinching and three-finger swiping are also used, but these are mapped to your character’s skills. 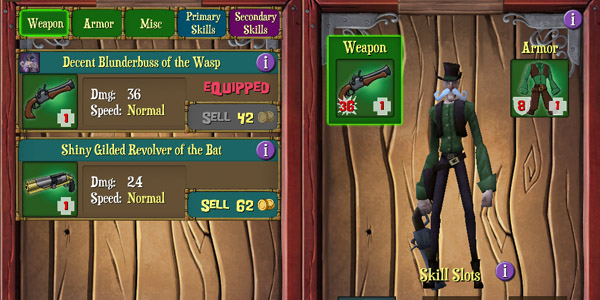 Aside from the varying skill-trees found for each character, there is also a loot-based system, where you will constantly be finding weapons and armor for the three characters. The plethora of loot, combined with the ability to upgrade your gear allows for a deep and rich RPG experience. Although each character has six skills (three primary and three secondary), I found them largely redundant in combat, and as such mostly reserved them for getting to otherwise inaccessible areas.

I personally am a fan of games that make the most out of touchscreen controls instead of relying on the often unreliable virtual joystick and buttons. However, for those out there who do prefer the joystick/button combo, it is also included as an alternate control option. While both controls are decent enough and cater to whatever preference you have, one thing that both have in common is that they can be rather clunky. 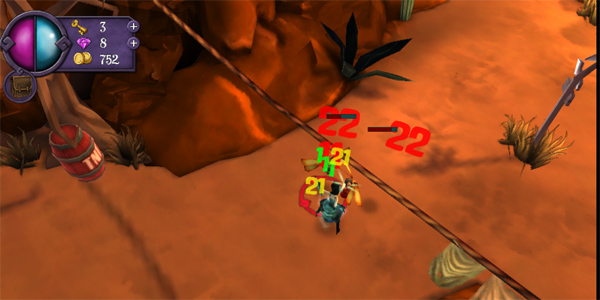 Tapping on a part of the screen will sometimes have your character walking into a wall or other object and having their movements completely halted. At the same time the joystick can seem unresponsive and slow. Moving away from the controls, the game uses an old mobile game standard mechanic; the “three star” point system for each level. This system is seen in almost every iOS game imaginable, but Gloomy Hollow has an interesting twist on the mechanic that offers an incentive for players to achieve the maximum score.

The game replaces the traditional stars with keys. These keys are attained in each level by: completing the goal, killing 100% of the enemies, and collecting all five blue espers hidden through the map. The keys are then collected and kept in your inventory where they are used to open doors and gates to otherwise unreachable areas. 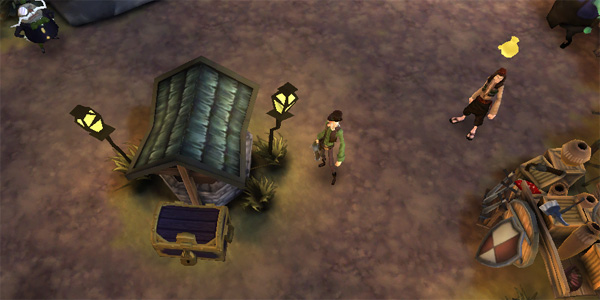 This is a great addition that adds a sense of replayability to the game. This is especially true as you progress further in the game and you need more keys than you have in order to reach areas. At the same time, you normally cannot 100% complete a level (and thus get all of its keys) without entering these locked gates.

The visuals for Gloomy Hollow are not the best the app-store has to offer, but they are by no means the worst. Using a subtle colour pallet that is primarily filled with cooler colours (blues/purples/greens/greys etc), you get a sense of the dread, despair and otherworldliness that the game presents. The cooler pallet also gives the title a sense of blandness, but it works well in with the themes of death and the afterlife.

The character models and animations are all different and unique from one another but many of the enemy designs are rehashed over and over again. You will often find yourself facing off against the same few enemies for worlds at a time (the entire first world only has three different enemy types across 10 levels). As a silver lining, the repeated enemy use means that you will never be struggling to find your demonic prey. You will always be able to find that last enemy that you are hunting down without having to second-guess yourself every few seconds. 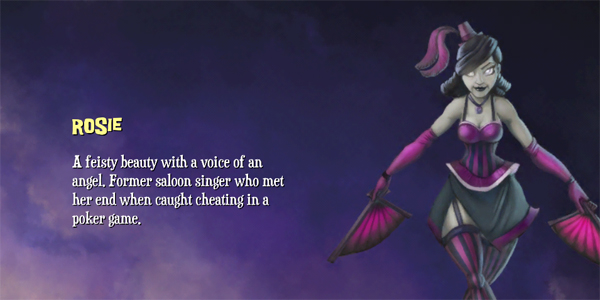 The audio in Gloomy Hollow suffers similar problems to the visuals. Although the music has the ominous, afterlife feel, it doesn’t take too long to realise that no matter where you are, it is just the same song played on repeat. While re-used enemy design is one thing, having the same song repeat over and over like a broken record becomes very detracting from the overall experience.

The sound effects in the game all serve their purpose well. Each action has a unique, corresponding sound so that you will never be surprised if a monster is coming for you… at least in theory. In practice, the sounds can often misplay, and you may hear the sound of an enemy approaching, only to be left waiting. Most people play their iOS games with the sound off, and Gloomy Hollow is one of those games where you wont miss much by doing so. 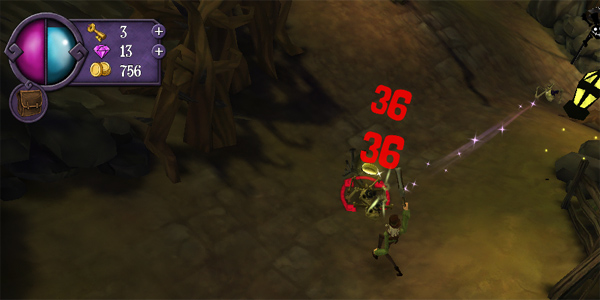 Despite its few nagging problems, Gloomy Hollow is a game that certainly delivers. With its deep RPG mechanics, combined with traditional iOS game elements, this game is recommended for anyone who is a fan of Diablo, a fan of action RPGs in general, or who is looking for something on their i-device that will keep them coming back. Even with the game’s clunky controls and nagging audio and visual issues as it is still an enjoyable experience.