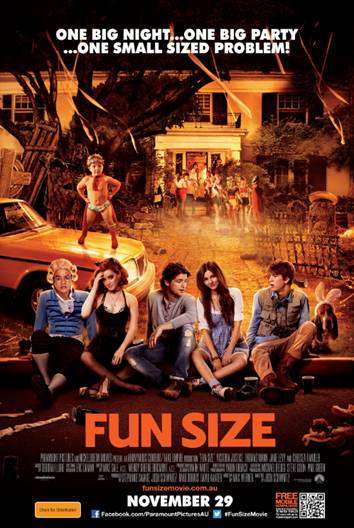 Do not watch this movie. Ever. Even if you get kidnapped and forced into a cinema you keep your eyes closed. Say someone does the Clockwork Orange thing to you and tapes your eyes open, you roll them into the back of your head or zone out for the entirety of the film. But for the love of god, do not, under any circumstance, bring yourself to watch this movie.

In all honesty, this movie looked like it was going to be terrible from the outset. The moment I saw the poster for the film, featuring a child in a cape and a bunch of actors I had no idea existed, I was completely convinced that this was going to be a very poor film to watch. This was only further cemented by the huge Nickelodeon logo at the start of the film and the huge amounts of forced humour that nobody with any semblance of humanity could enjoy. 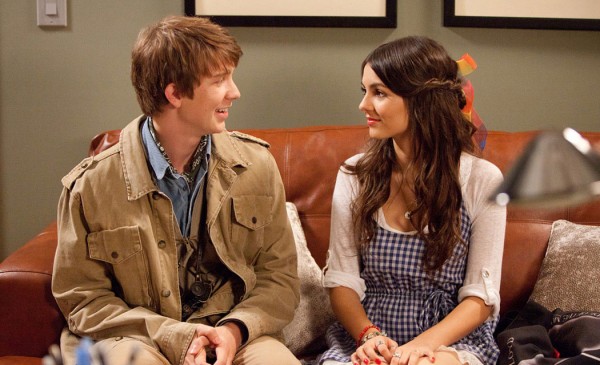 To make matters worse, the film features a child and a bunch of cliches doing cliched nonsense for the entirety of the film. Not only are these characters cliched, but many of them exist solely as plot devices only.  I mean, even the main character, which is a mute eight year old, exists only to serve the plot of the movie.

The basic idea of this film is that it’s Halloween and geek-girl stereotype with best friend promiscuous-girl stereotype are invited to this stoner-musician stereotypes coolly stereotypical Halloween party. However, this plan goes awry when the stereotypical problem child goes missing and embarks on a mission to obtain as many Halloween candies and other kinds of foods which puts him into some rather odd and stereotypical situations.

The story of this movie is pretty much a vehicle traveling past a cliched stereotype to another in some kind of daisy-chain leading where it all culminates to a predictably bad ending. I mean, the ending itself isn’t bad for any of the characters, everything ties itself up way too nicely, but it’s just bad because you can totally see what’s coming and it’s a forced attempt at showing one characters progression; but you can see it coming so it fails horrendously. 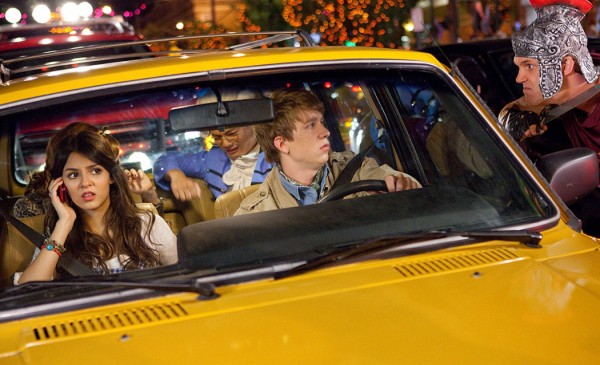 To me, when I watch a movie, I’m really watching it for the character development, the way in which characters further the plot through their actions – – not in which way they serve the plot by being plot devices – – and most importantly, seeing a satisfying conclusion for those characters the have grown on me throughout the course of the film.

This movie had none of that. It was just a bunch of stereotypes acting as their type and then doing something that furthers the plot. This gives the movie an amazingly robotic feel and if there was any comedy to be had, it is completely missed. Heck even some important character development moments are completely glosses over in service of pushing this movie to the end as quickly as possible. One instance of this is where the other geek-stereotype becomes attractive to the promiscuous-stereotype. It’s just suddenly, hey we’re sleeping together for no explicit reason other than the script says it has to happen. Boring.

So overall, the story of this film is completely bad. If you’re looking for laughs, you’ll probably find yourself laughing at how horrible this film is; assuming you haven’t walked out of the cinema first. 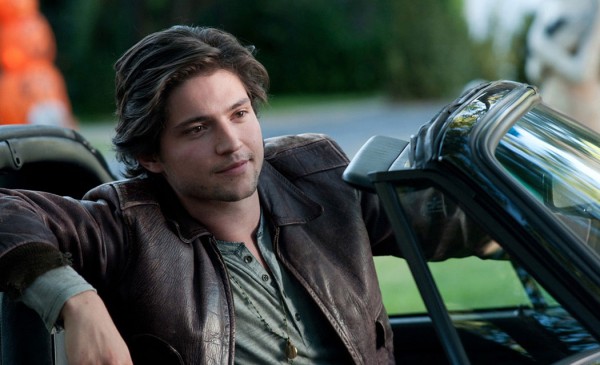 The girls are pretty, in particular the promiscuous-stereotype being a red-head. To make it worse, she was even wearing a cat-suit. Happy Halloween everyone!

Considering that this is a film set in Halloween, this would have meant that the wardrobe department had an opportunity to go completely insane with the costuming. And, well, they did just that for all of the background characters of the film. It’s just too bad that the main characters wear average, at best, costumes. Though, I suppose that anything too elaborate would have taken the attention away from the poor dialogue. In an alternative reality this happened and the movie was much better for it. 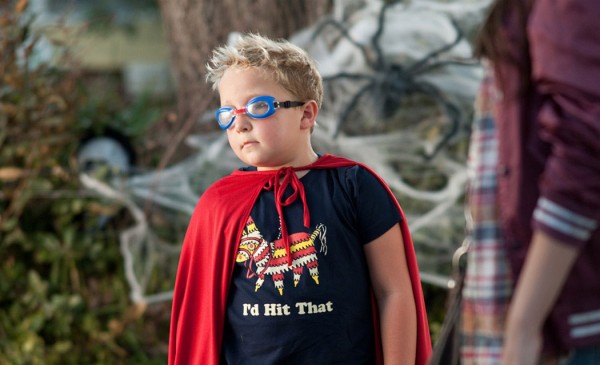 Throughout the film, there are many scenes that appear to be played out for laughs visually, but are just really, really, bad on the whole. Oh hey, it’s a giant chicken humping a car. Cockledoodledoo. This movie honestly feels like it was written by a fourteen year old and the really poorly put together scenes practically scream it.

Hey, do you like jokes? How about original and hilarious dialogue? What about solid acting? Well, if you like those things, you’ll definitely love this film. Really! I mean it! And I’m not being totally sarcastic right now, even if I actually am (note: I am actually totally being sarcastic right now).

Honestly, everything in this films dialogue either drives the plot or has someone spewing stereotypical nonsense that wouldn’t even fit a normal person. Listening to the characters speak in this movie is like listening to a completely one-dimensional character talk about something that they are completely, one-dimensionally, cliched and stereotypically biased towards. 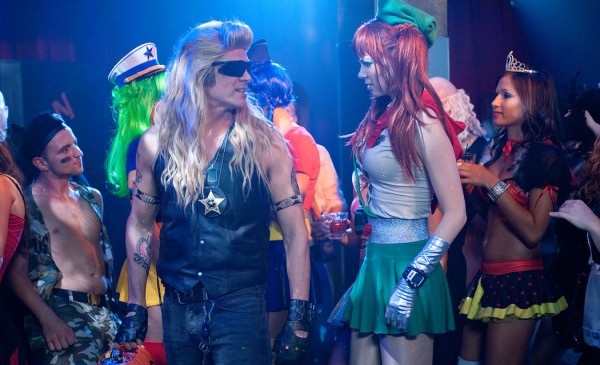 Sex-deprived nerd? “Hey… Uh… can I touch your boobs?”, promiscuous-steroetype “Sure!” (and then enjoys it). Okay, so that wasn’t the exact exchange, but the scene was a set-up to have the two sexing just before the end scene. There was no buildup to the touching, it was just asking and then obtaining permission. Where was the seduction in the dialogue? Where were the vague hints of interest? Nowhere. That’s where. Vehicle to move one plot point into the other.

Fun Size was not any fun. In fact, the only thing sizeable in about this film was the amount of braincells I was left without after watching this crapfest. If you value yourself, if you value comedy, if you value the power of cinema in any way – – you will avoid this film at all costs. Avoid it like it’s plague. Because it is. It will move to your brain and you’ll have lost 30% of whatever it was you had up there.