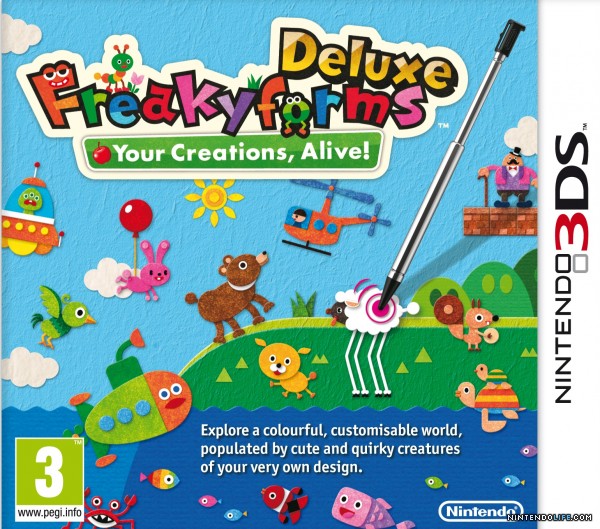 Originally a Nintendo eShop exclusive, Freakyforms now has its very own game. That’s right, a cartridge, box, the whole deal. Freakyforms Deluxe: Your Creations, Alive! Is that very game. But why would you dish out all that extra cash when you can just download the game. Sure, the box is nice, but what else? Freakyforms Deluxe becomes its very own game, utilising 3DS features and a unique control system to make a surprisingly addictive game. Read on as the review starts to form. 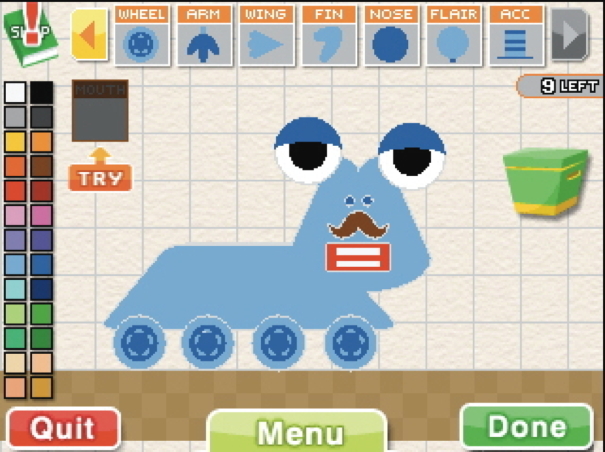 Creating Formees comes with an extensive step-by-step tutorial, easing slowly into your new godly position looking down on your very own little world. New forms can be bought, earned, or just progressively added to your inventory allowing you to expand your creations however you see fit. Once your form is given life via a heart, it is free to explore the meadow with you in control. The control system is unique, at very best. While the 3DS boasts a range of buttons, you won’t engage with them often. Instead, Freakforms Deluxe asks you to use the stylus and touch screen, pulling the Formee down to jump or pushing the stylus in the direction you’d like it to move. It may take some time to get used to this, but after a few short moments it can be real fun springing your eight legged Formee around an ever expanding meadow. Unlocking chests, completing quests and engaging with friends and Formees is just some of the stuff you can do roaming around – not to mention eating food and pooping all over the place.

Creating Formees is easy enough. There are a range of shapes and parts to select from, more of which become available the more you explore the meadow and dungeons. Parts are just dropped and dragged with the style, connecting them together (or not, up to you) to form a living creature, of sorts. Eventually you can have any shapes, range of colours, and even a totally unique catch phrase for your Formee to shout. 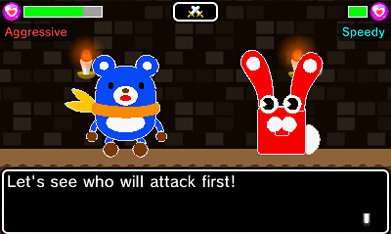 A welcomed surprise was venturing into the dungeons. Dungeons appear in the meadow. Step back, what’s this meadow? The meadow is an area to explore with your creations. There are other options of game play, like creation challenges. Which is very close to creating your own Formee, but is restricted. The meadow you can roam around, eating, pooping, whatever you like. There are a few small, rather tedious quests to be completed after talking to ‘friends’ – stuff like ‘poop just once!’ or allowing the other creatures to ride you to some check point. You are rewarded, but the overall experience isn’t that fun. The dungeon however, is a door that appears in the meadow where you are sent to rescue a king. Along the way there will be bad guys who you will fight in an automated battle sequence. It’s no Pokemon, but still adds something extra to the game. The stats of the Formee you created are based no how you created them. For example, more legs means quicker creature, who in turn attacks first. Stats can be boosted via power-ups that litter the dungeon, but the base statistics will depend on how you constructed your Formee – emphasising meaningful creation, was well as purely aesthetic. 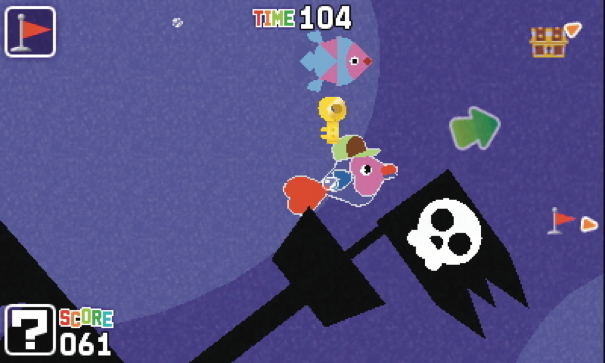 Unfortunately, the art design of Freaky Forms Deluxe may deter some. The child like creations that roam across the cover are reminiscent of a child’s felt creations. The whole game in fact, has that ‘scrap book’ vibe to it. Perhaps a little odd to create a static, 2D based game for a 3D portable console, right? Well, sure, but I can only assume the designers looked past the gimmick-ness of the 3D capabilities. The felt-cut style really adds to that element of child-like creative freedom. There is also a great deal of customisation available to the player, where houses, grass, flowers, even the ground itself, can be changed in appearance. The visual style of the game perfectly reflects the games mechanics, in that in creates a world that just begs to be created by the player. 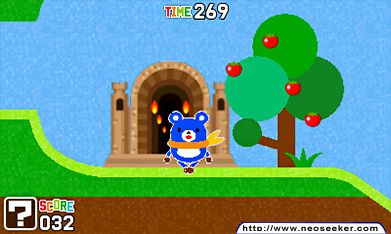 The audio is creepy as hell. Strange music echoes the menus, meadow and dungeons and it can really get on your nerves. It’s a portable game, so chances are you are playing this in public – so feel free to keep the sound off for this one. Problem with that is, each of your Formees are allocated a unique voice. Allocated by none other than yourself. Shy, happy, old, robotic – just some of the choices there are – all of which are used to express a range of gibberish. The pitch can be edited too, to give every single Formee a unique voice. 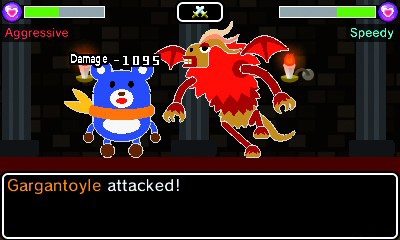 Given that the game is just an extended form of a downloaded game, the question still remains is it worth breaking out your wallet over this? Well, the game itself is great fun, but the what could easily be dismissed as child-like visuals may deter some. I’d urge you to cease all thoughts along those lines and give the game a chance for what it is, a unique and addictive create-your-own-whatever game. Freaky Forms Deluxe uses the 3DS networking features and allows you not only to create your own world, but to push that world beyond the game – sharing and creating with friends and strangers. Co-creating with friends really pushes the game beyond just a downloadable game and pushes the title to that level of ‘yeah, it should have it’s own box’. Who would’ve thought such odd features could form a game like this. Freaky, huh?