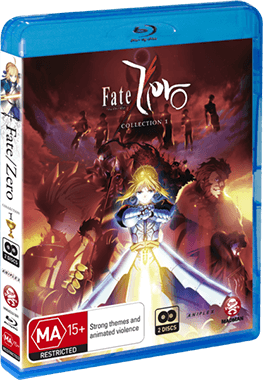 Overview
Originally, Fate/Zero is a set of light novels written by Gen Urobuchi that chronicle the events leading up to Type-Moon’s visual novel, Fate/Stay Night. Fast-forward several years and the series was given the green light for an anime adaptation by a studio already familiar with Type-Moon’s work, having earlier adapted the Garden of Sinners into a series of feature films.

The TV anime adaptation of Fate/Stay Night is notorious for being less-than-stellar and is considered by many to be a poor gateway into the franchise. Fate/Zero has the advantage from the get-go of being a linear, focused narrative. Does this darker, more serious tale prove to be a winner for both new and existing fans? 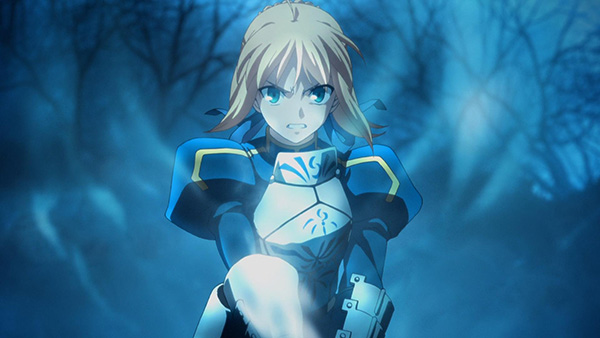 Story
Fate/Zero had unique beginnings. The character designs and ultimate conclusion were already predetermined before the author could put pen to paper. However, Urobuchi was given enough creative freedom to inject his own flavour to the “Nasuverse”, resulting in less fooling around during the main plot and more action.

The Holy Grail War is a competition fought amongst seven Masters, mages chosen by the Holy Grail, who in-turn summon seven Servants that must do battle to the death. The winning team is then granted any wish that they desire, good or bad. You can imagine each Grail War would have a few unsavoury types. So it has been for hundreds of years and so it is held again, this time in Fuyuki City, Japan, during the 1990s.

Before Shiro Emiya is thrown into the 5th Holy Grail War of Fate/Stay Night, there was a 4th War which was fought by his foster parent Kiritsugu Emiya. Fate/Zero follows Kiritsugu and six other Masters as they throw everything they have against each other for the grand prize (and our entertainment). While every character is formidable in their own way, the real deal here is arguably Kiritsugu and his nemesis, Kirei Kotomine. Backed by the Servants Saber and Assassin, the two develop a fascination with each other and come to realise they’re each others’ biggest threat. 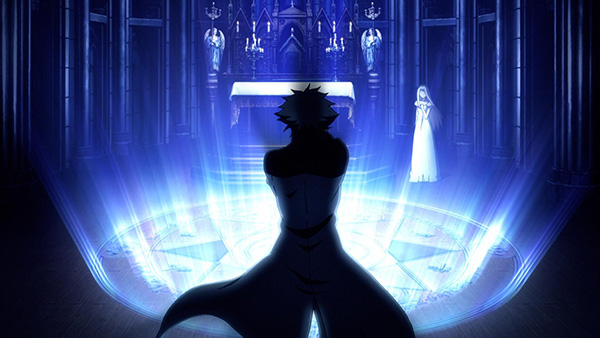 Each character is fascinating in their own way with each having an intriguing story behind their actions. Equally as interesting are the Servants. These are manifestations of ancient heroes, real or fictitious, that are summoned into the modern world. Although they are bound to their Master by a Command Seal, which can be used three times to give an absolute order, they also have their troubled pasts and desires that reflect the legends behind them.

The Servants fight in spectacular battles, utilising their signature weapons or Noble Phantasms to devastating effect. As the war progresses, alliances are forged while betrayal is rife, keeping the viewer in suspense from the start of each episode. Complementing the intriguing plot is a whole lot of masterful dialogue. Not the back-and-forth play on words that goes on in other anime like Bakemonogatari, which is also famous for its dialogue, but a real and tangible script that doesn’t stray from the ultimate task at hand: to acquire the Holy Grail. 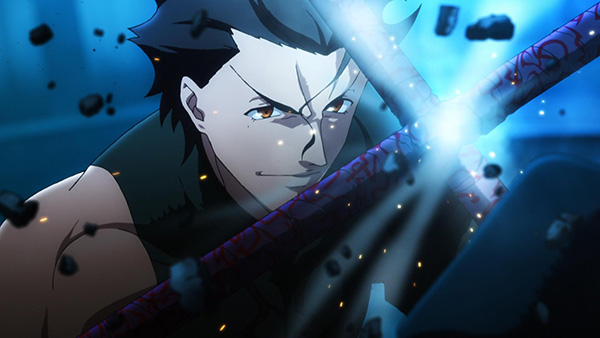 While some Masters make use of every minute to plan their next attack, others like the young Waver Velvet and his rambunctious Servant Rider, who is Alexander the Great, develop a companionship that’s simply heartwarming to watch.

Up to episode 13, Collection 1 is slow but tense with the occasional battle being incredibly fierce yet indecisive. Like a cautious game of chess no one is pushing their luck and throwing all their cards in yet. Though slow-burning, the show is so far well-paced and you truly get the feeling that you’re watching something very special. The huge, almost insanely unfair cliffhanger at the end makes the wait for Collection 2 all the more painful.

Visuals
Fate/Zero is way up there in terms of production values. Simply put, each episode looks as good as an animated feature film. Ufotable has once again nailed Takashi Takeuchi’s distinct character design and blended some serious technical wizardry of their own that makes the animation shine.

While some anime make their mark by introducing unique visual styles and making use of clever art direction, Fate/Zero forces its way to the top with sheer quality. From simple conversations to explosive and well-choreographed confrontations, it’s a pleasure to watch. 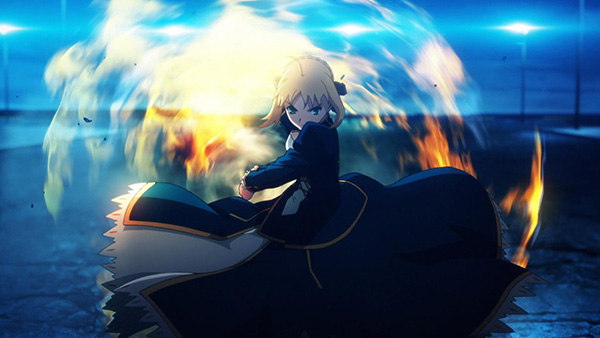 Audio
I feel like I’m getting deja vu having only reviewed The Garden of Sinners a few months ago. That’s right it’s not only the same studio but the same music composer as well. And that’s a damn good thing. Yuki Kajiura has created some truly powerful music that often builds up to an epic peak. Fate/Zero’s soundtrack is emotional, theatrical and beautiful.

The opening theme “Oath Sign” by LiSA is a fun and catchy song with a nice melody while the ending theme, “Memoria” by Eir Aoi is a thoughtful ballad set to images of the Servants during their past.

The English cast has mostly performed well. The Masters’ voices, as well as most of the Servants, are a good match with actors like Matthew Mercer and Crispin Freeman . Unfortunately there are some glaringly mismatched voices to be heard, especially Gilgamesh. I feel David Vincent just doesn’t have the authority behind his voice to portray the snide and commanding King of Heroes. 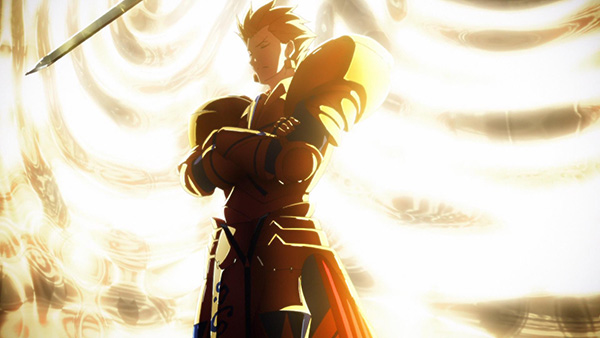 Extras
Firstly, let’s just say how lucky we are in Australia and New Zealand to be getting Fate/Zero at an affordable price while our friends in the U.S. have to fork out at least $150 for each half of the show.

While they get a set of extras for their trouble, this edition is a standard release with Textless Opening, Closing and trailers included on the two discs. Those wishing to splash out a bit more can grab a limited art box version to house both collections.

Overall
Fate/Zero is very much a character-driven, plot-heavy battle royale, mixing modern intrigue with historical heroes who are infused with jaw-dropping powers. If you’ve never delved into the Fate universe or Type-Moon’s other works before, this is the best place to start. Both fans of action and clever script will find plenty to take away from here.

While a little slow at first, the first half of Fate/Zero takes its time to set the stage while teasing the audience with exotic skirmishes. The result is masterfully done drama that draws you in and doesn’t let go. Collection 1 builds up to a grand confrontation and leaves us hanging for what’s set to be one heck of a part two. 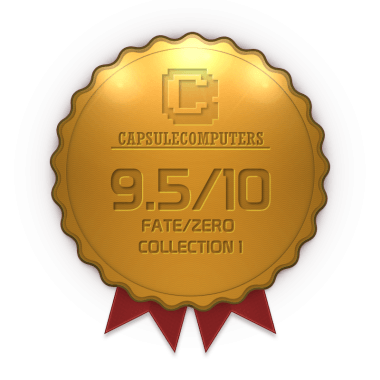