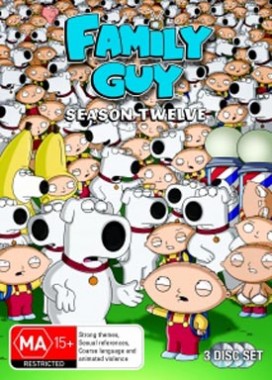 Family Guy has been delighting fans for years… While at the same time, pissing off a whole generation of people. Often dismissed for its crude humor and over the stop bits, Family Guy is a love it or hate it show. Family Guy Season 12 continues this tradition, and offers a non-apologetic laugh a minute animated series. However, behind a lot of the comedy there are some poignant social commentaries that add a real depth to the series. The show isn’t as funny or outrageous as it was a few years ago, but it is definitely still enjoyable for fans. Being uncensored really helps it too, as the random and unexpected f-bombs really liven up the show. 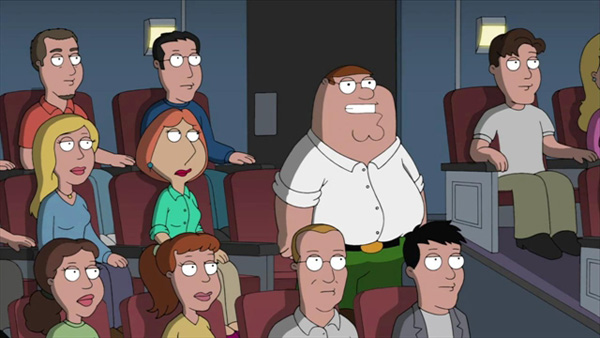 If you don’t know by now, Family Guy revolves around the Griffin Family; Peter (the overweight patriarch), Lois (the easily agitated housewife), Chris (the slacker teen-boy), Meg (the punching bag teen girl), Stewie (the genius and possibly homosexual baby) and Brian (the articulate and opinionated family dog). While there are no over-arcing plot points for Season 12, each episode is self-contained and will provide hours of hilarity for those who can handle it.

A lot of the storyline elements in Season 12 relies on viewers having known the characters in advance. Although some character development does happen on-screen, and allusions to previous episodes are made, a lot of the jokes are for the enjoyment of long-time fans. ‘Forget-Me-Not’ is a prime example of an episode that will be enjoyed more by long-term fans, as it follows the friendship of Peter, Brian, Quagmire and Joe after they mysteriously lose their memory and are the only people left on earth. 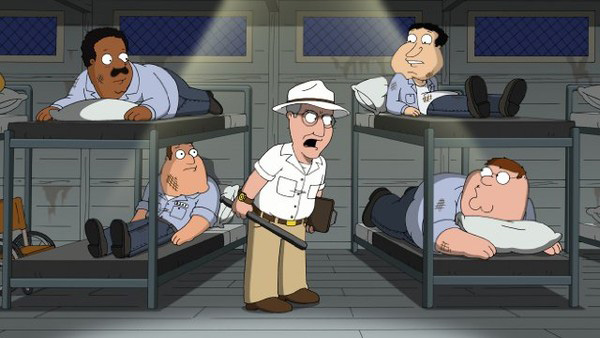 For a show that is often seen as ‘low-brow’ and over the top, there is a startling amount of depth to Family Guy, and that shines through in Season 12. Family Guy is a comedy show through and through, but there are episodes that have a more emotional pull, and some that toe the line and will make viewers feel uncomfortable. A prime example is early on in the season; “The Story of Brenda Q,” which focuses heavily on the sister of regular cast-member Quagmire, and how physically and emotionally abused by her boyfriend. There are still plenty of jokes made here, but they will give you the “haha… Oh I feel bad having laughed at that,” feeling. However, this episode, as well as a few others in the series don’t feel so much about the laughs, as they are making a poignant social commentary. “The Blind Side,” also does this, as Brian dates a blind woman who hates dogs, so he actively pretends to be something he isn’t in order to win her affections.

The series doesn’t feel as funny or fresh as it did a few years ago, and sadly it has gotten to the point where it often feels like it is just being random for the sake of being random. Regardless, there is still a lot to like here, and it is amazing to see that after 12 Seasons, it is still going strong, with episodes that can make you laugh, feel uncomfortable, and make you say “Shut up, Meg!” … Oh, and there is another giant chicken fight in there too. 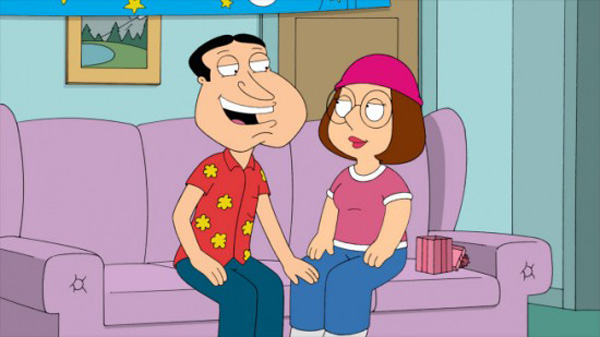 Family Guy has come a long way since it debuted in the 90s, and this DVD showcases that perfectly. The series is presented in high definition, and the characters, scenes and even the backdrops all look absolutely stunning. You even get to see how far the series has come during the episode ‘Back To The Pilot,” where Brian and Stewie travel back in time to the very first episode of Family Guy. The character personalities and how they have changed are highlighted here, but it is nothing in comparison to how different the show looks. Stewie even remarks a few times how the animation wasn’t top-notch back then, and it really highlights how far the show has come. 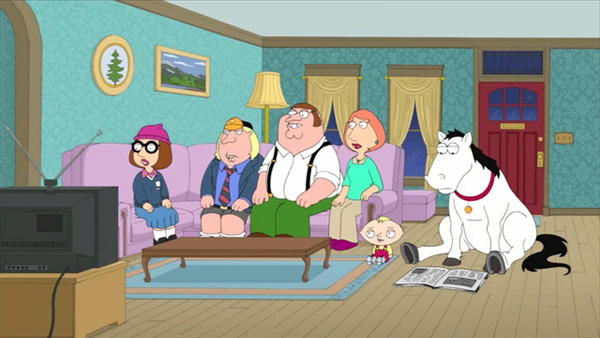 The audio here is great, and the voice cast behind the show give it their all. Seth McFarlane, the series’ creator does a lot of the voice work, and he tries to provide different voices for as many characters as possibly. He is joined by other regulars Seth Green, Mila Kunis, Alex Borstein and others, to voice the enormous amount of characters that populate Quahog.

Family Guy Season 12 is uncensored, and I cannot over-emphasise how much funnier that makes the show. Although Family Guy doesn’t rely too heavily on swearing for its humor, when it does, it will come straight out of left field and really add something to the joke. A special shout-out goes to “The Blind Side,” where Peter keeps falling down a flight of stairs, and whenever he does, a string of profanities erupts from his mouth, and will almost certainly cause an eruption of laughter for yours. The uncensored nature also creates a greater flow for the series, as you aren’t suddenly brought out of it with a loud “BEEP” sound. 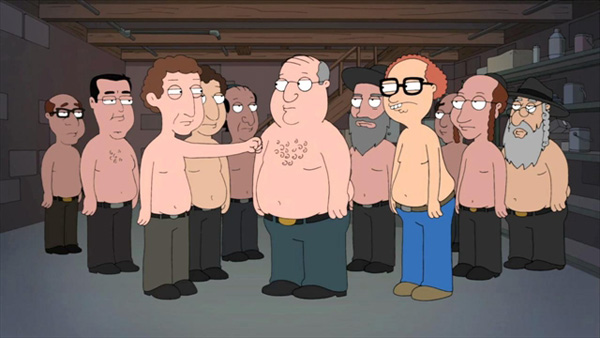 Gamily Guy Season 12 is riddled with extra features and bonus content for fans. The first that any fan will notice is the extended and uncut scenes that were not presented on TV. sometimes they are just small additions, and others provide more context to the story, or an extra joke or two. Once you get past the episodes themselves, you will also find that there is a wealth of additional content here. From scene and full episode animatics, to more deleted scenes, audio outtakes, commentary and even an appearance by Ricky Gervais (who appears as the Dolphin, Billy Finn in the episode ‘Be Careful What You Fish For,’ there is a heap to keep fans interested even after you have watched the episodes 2 or 3 times over. 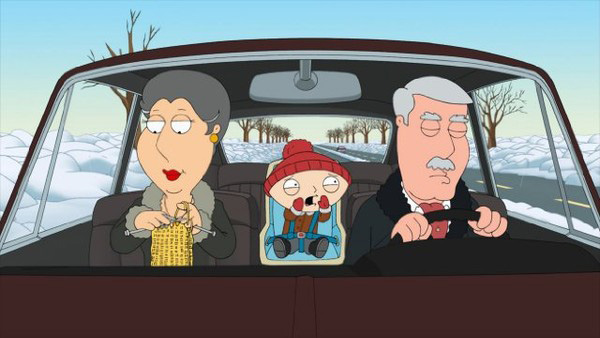 Family Guy Season 12 is a great show to watch. Sure it will always have its naysayers, and people who think it should be done away with for good, but longtime fans of the series know that there is more to it than over the top jokes and crude humor. The amount of depth shown in Season 12 shows that although the show may be a little past its prime, it is still at fighting weight and has a few more title bouts left before it hangs up the gloves for good.