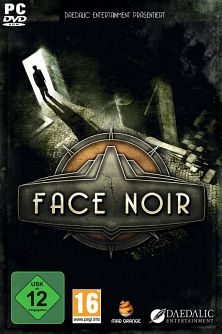 Overview
Mad Orange has been hiding in the Italy based developer market and has started their franchise with the launch of a point-and-click adventure called Face Noir. By collaborating with developer and publisher Phoenix Online Studios, Mad Orange has localized the title’s content to broaden their potential marketing nearly a year after its German debut. While Face Noir II is currently in the works, Mad Orange is pleased to reach out to newer players of their first indie title.

Story
If sarcasm and pessimism had a child, that would be our private detective Jack del Niro’s demeanor throughout the story. I doubt it is all his fault for the way he acts since he was wrongly accused of a crime, kicked off the police force, and then locked-up for it. And to put the icing on top of the cake, the time period occurs during The Great Depression. I suppose Jack has good reason to be a wise-ass. 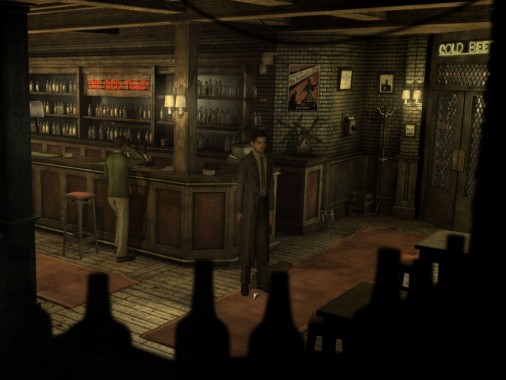 Progressing from one puzzle to the next, I began to think that there was a light at the end of the tunnel with a clear “bad guy”. Well, I am going to point out right away that I could not have been been more wrong. A crime invested organization known as the “Black Lily” has been growing immensely on the west coast and reached its hands out towards New York. During Jack’s time being a cop, Black Lily had developed an entity in the area controlling not only businessmen but also the same police force he worked for. Unbeknownst to Jack, his partner Sean had seen involvement in the organization and took the fall for some of its members’ undoings. Unfortunately, this is how our private detective saw jail time – being indirectly involved with a crook.

Finding out about the betrayal years later isn’t the only thing that stinks. A police captain pushes limits and accusations about Jack’s involvement in Sean’s murder. It sure smells like a cover up. But when it is all said and done, the finger you want to point to place the blame has no owner. The only finger that remains pointing is at yourself and your own ‘destiny’.

Gameplay
Face Noir follows the typical point-and-click adventure gameplay where players identify objects in a scene by interacting with them in multiple forms. This can encompass looking, confiscating, or even altering an object. While all three forms are crucial to completing the game, a detective should allows be on the lookout for new information (looking) and for new items to collect (confiscating). By utilizing the previous forms of interaction, the final form of altering can be accomplished by creating a new item from multiple objects within the inventory, adjusting environmental objects, or combining an item with an environmental object. One such instance includes the use of a shot glass to hear the correct combination of a safe.

While the development team claims non-linear gameplay with the title jumping to and from flashbacks, Face Noir is highly structured towards the storyline and does not allow a player to deter from this path. Such aspect is great when considering the effectiveness and ambition towards the story but provides less of an unique opportunity to be felt by players. As far as the re-playability factor, the nature of the game prevents any replay value as you will need to go through it with a fine tooth comb in order to complete. Not all tidbits are necessary to discover (posters, benches, fire hydrants), and these extras will not have retaining value for the story. 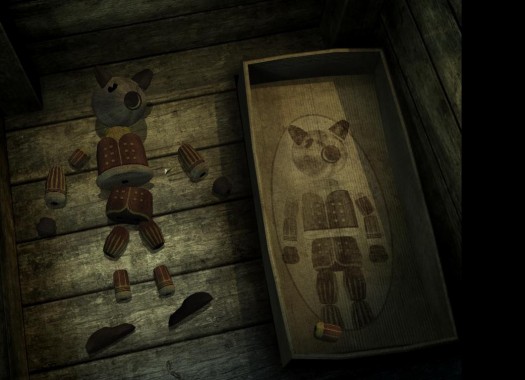 Plenty of puzzles are scattered throughout the game that can be explained better as ‘mini-games’. One such mini-game prompts you to create a doll in effort to calm a little girl. By correctly organizing/rotating doll parts within a crate, you will be able to place the parts together with an item and be able to give it to the girl. I found out quickly that by not having the parts rotated correctly – yet be in the correct placement – the doll could not be formed. Another instance offers the player to decode a cipher to reveal information behind the Black Lily organization. By adjusting alphabet letters around, the similarities across the document become apparent.

Visuals
When discussing Face Noir’s visuals, there are a few considerations that might blow your mind. In essence the entire game was created by two people: Gabriele Papalini and Marco Sgolmin. Gabriele was the lead designer concerning story, design, graphics, and animations. With that being said the character models appear to have more of a rough edging placed against continuously well-crafted backdrops. To better grasp the visuals, Face Noir presents itself with 2.5D visuals giving a top-down perspective on the characters. When the game camera is close up to the models the edge distortion becomes worse, yet when a larger map is present the distortion is nearly invisible. 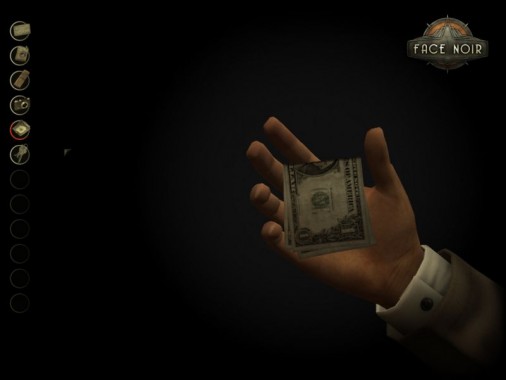 An inclusion of a 3D inventory was a nice touch, but I felt that the classic 2D inventory better suited in efficiency and purpose. While visually seeing Jack hold up each item could give the player a better look at the object’s purpose, the ease of using the 2D inventory heavily outweighs its counterparts cosmetic value. By placing the cursor at the top of the screen, players can choose to look or use each individual item without scrolling 3D imagery or going to an alternate screen. For those that require additional help, the 2D inventory also offers a hint button that provides a layout to all interactive objects on the given screen.

Audio
I have come to notice that Jack del Niro’s voice actor sounds remarkably similar to David Hayter who voiced Solid Snake in the Metal Gear series. When looking at both character profiles, they have a lot in common: recon missions, organizational deception, love interest kidnapped, and more deception. No wonder why these guys seem grumpy all the time! None-the-less the persona delivered by Jack’s voice actor provides both humor and a ‘don’t mess with me’ attitude.

Other characters like the disgruntled Chinese taxi driver – Chon Jia Shi Yuan – are suppose to offer a small bit of comic relief to the story. And I am pretty sure they purposefully wrote the subtitles to include the Chinese to English accent. Here’s an example: “… I alweady told you I on bweak.”

On a similar note of voice acting, the voice to visual animations are noticeably off. It could be entirely possible that the animations were to reflect the original language, but if the localization process also changed the inflections – it could have looked better. The English version allows for the language to be changed; however, only the subtitles change and the normal voices remain.

Overall
Face Noir is able to deliver on several fronts. Mad Orange was dedicated in providing an unique story while continually driving plot twists to further intrigue the player. Also in their effort they illustrated beautiful scenery to allow an appreciating experience while investigating objects. Last but not least, a small group of people gathered together to make this indie title with limited resources. However, the game does lack in areas like replay value, voice to visual animations, and sleek character models. Of all of the lacking items, replay value ranks as the most important for the development team to consider in future installments. By allowing different choices to be made, a new outcome could result and create variety each time the game is played. 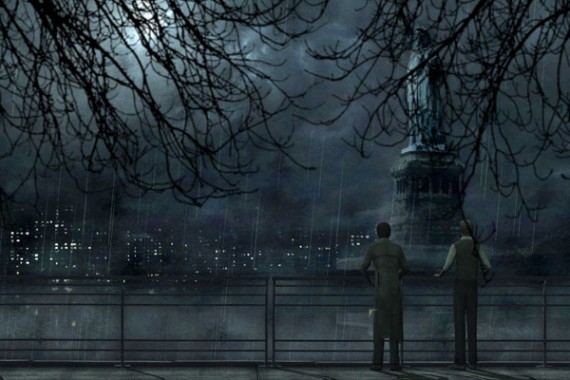 For the asking price of $19.99, I personally believe that better deals are to be had. The gaming market can be unforgiving when it comes to indie games, and I can foresee that being the case with Face Noir. Too many games are becoming free-to-play or have rapidly reduced prices for Face Noir to act as a competitor. However, I would definitely advise gamers to keep this title in their scope as discounts will make this point-and-click adventure a good buy.