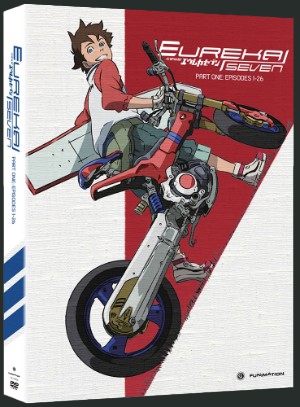 Overview
What do you get when combining giant robots and surfing? Eureka Seven. Previously, I got to review Eureka Seven AO, the sequel series to the original, which was some what of a mixed bag of interesting moments coupled with alright action, with way too much time travel thrown in. Now, with a release of the original series from FUNimation, we can see what it was about the show that created an audience that would want to see a sequel series. Let’s take a look at the first half of Eureka Seven and see what it has to offer. 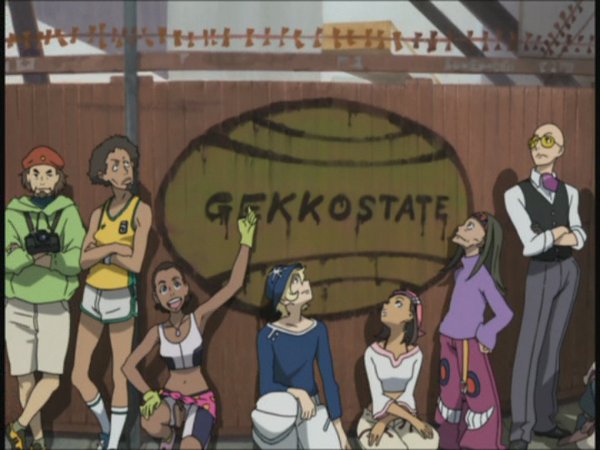 Story
Sometime in the future, the human race is living on a planet with the entire thing covered in a layer of scub coral. Which has forced the people to build cities and villages on top of the unstable scub, using whatever means necessary to try and keep it from destroying the buildings on top. But, the differences don’t stop at the surface of the planet, as the sky has become filled with transparent light particles (trapars) which allow for a new sport by the name of lifting that is essentially sky surfing. Right in the heart of this world is a young boy named Renton that suffers from small-town life syndrome, who’s father was one of the biggest heroes in the entire world.

With his serious love for lifting and the magazine Ray=Out, that chronicles the crew of the Gekkostate a group of younger adults with their own ship and LFOs, the humanoid mechas, Renton’s finally lucks out when he manages to meet a member of the Gekkostate and finds out that his father left something behind that the Gekkostate needs. While at first glance a lot of the set up seems a little hammy and cliche, that he might have some sort of destiny, so he’s joining up with this team of awesome young adults on adventures, but the plot is actually very well drawn out and paced. 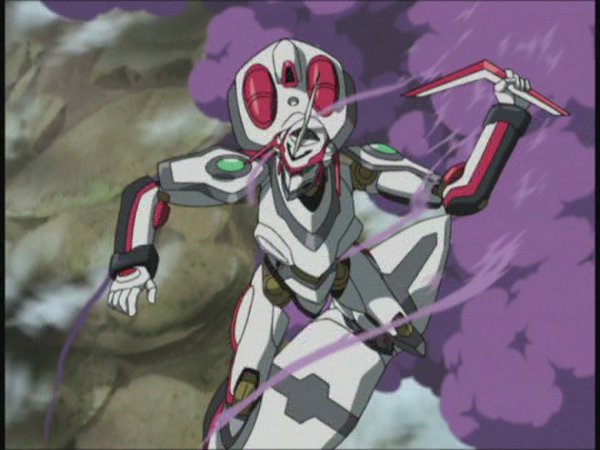 Where some stories feel the need to just dump plot and exposition on the viewer in a moments notice to get them up to speed with what is going on in the world and the characters’ lives, Eureka Seven has no problem using a slow build. Dialogue between characters will hint and imply things about the past before it is finally fully revealed, generally based around the same speed that Renton finds things out, which works so much better than characters just pouring into their life stories to him immediately. Even better, the build up across Part 1 is able to work on the emotional level as well as the stresses of their lives gets on each other and make them much more deep and realistic.

Even plotwise the show’s slow build feels natural and doesn’t needlessly raise huge questions about what’s going on as there is a steady slow reveal of more and more. At the end of Part 1, Renton finally comes to the end of the refusal of the call part of his life, which works very well for setting up Part 2 for him to actually be doing things about helping the world like he can. Though plenty has been revealed about the past of the different minor cast, there is still plenty to cover as well, without ever feeling unfulfilling. 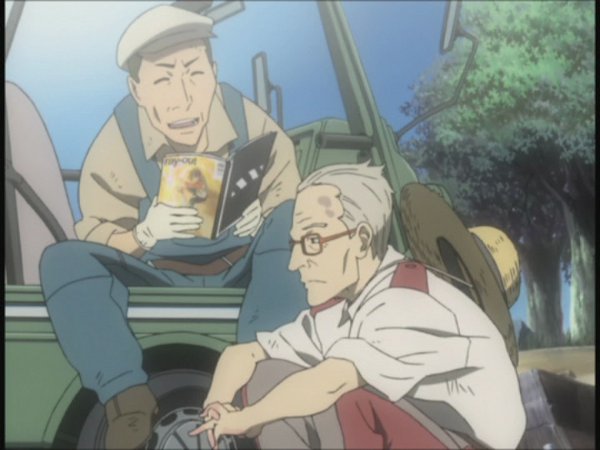 Visuals
As the series was originally made back in the mid-2000’s, the visuals themselves are a bit outdated, with a full frame aspect ratio and slightly aged look of the animation itself. In spite of this though, many parts of the design still stand out, such as the brilliant green wakes left by lifting on the trapars through the sky and many of the ship and LFO designs. The design for the characters however is somewhat of a contrast for these though, as so much looks futuristic, while the characters tend to wear more current age styles of clothes, except for some of the advanced flight suits or military uniforms. Which helps to highlight that this is a much more dystopian future, while still giving so many of the characters a much more colorful and relateable look.

Audio
The voice acting for Eureka Seven is quite impressive for such a large cast of characters, from all the different members of the Gekkostate to all the people they meet along the way of their adventures there is a great job done ensuring that they all sound fresh. With all of excess of Renton’s emotional outbursts and Eureka’s lack of emotional inflection, the voice acting highlight of Part 1 has been Talho, as she has a pretty good range of emotions that all play well together and work even better as they build up over the course of the series. 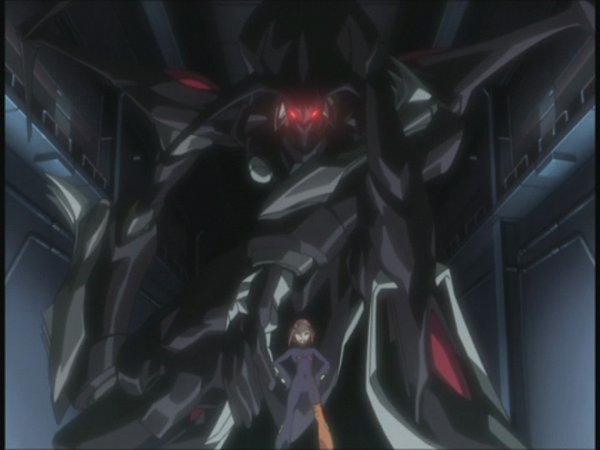 Extras
The special features go beyond just the normal collection of clean opening and ending themes, trailers, and video with a nice selection of commentaries for select episodes through out the series. Those that are used to seeing commentaries though should be surprised to see that all the commentaries included are in fact from the Japanese voice cast, as opposed to the standard English voice cast commentaries. It’s quite refreshing to get the other side of the anime production, which is usually handled with videos, instead done over individual episodes has a much different feel, which is great to see included in this release. 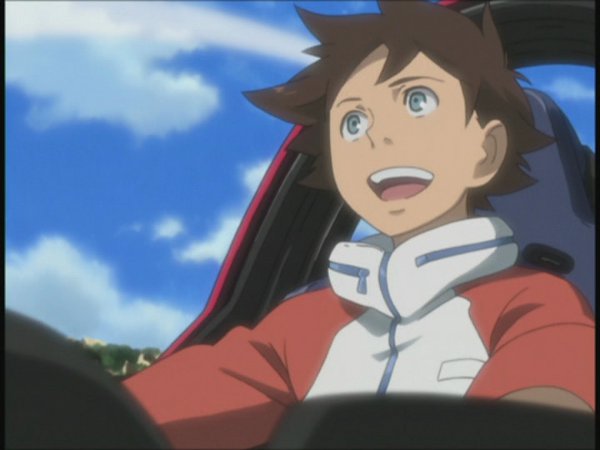 Overall
So far this is one of the best paced anime I’ve seen, with a slow build and it can be easy to see how it’s popularity would generate interest in creating a sequel series. But even more than just the pacing, Eureka Seven Part 1 features an interesting world with realistic, though sometimes troubled, characters. Though the visuals show just a bit of age, it is still a fantastic looking anime that features a great soundtrack to boot.With even just the first half, the series pays off the questions, hints, and teases that it gives along the way and sets up for even more of the slow build pay off.