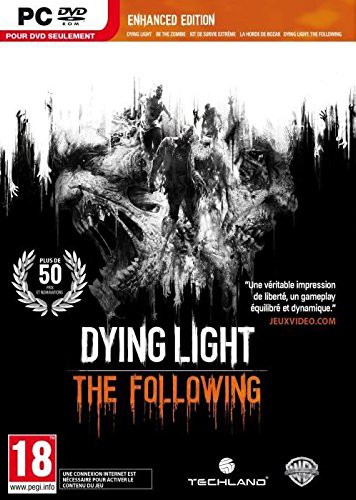 Originally slated to be a DLC, Dying Light “The Following” quickly grew to a full blown expansion pack. It adds new weapons, bounties, an off-road buggy, and a giant new map to Dying Light. Set in the outback outside of Harran, Kyle Crane leaves the city after learning about villagers who are immune to the virus as Antizin levels plunge dangerously low in the Tower. 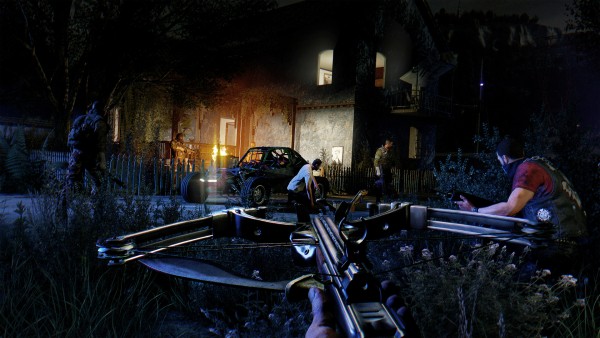 Set after the death of Rais, Kyle Crane is still in Harran attempting to aid survivors. Antizin levels are beginning to run low and Dr. Camden’s research is stalled. A survivor arrives in the Tower barely hanging onto life and rambling wildly about cultists outside the city who are immune to the virus. His story becomes more believable when a map detailing a way past the Harran quarantine zone is discovered in his belongings. In a last ditch attempt, Crane leaves Harran to discover a cult worshiping a leader they call The Mother. Crane will now need to earn the trust of the cultists as they are not particularly keen on sharing their secrets with Crane.

The story mission a little short in number. Techland bills the expansion pack’s storyline as a non-linear trust-based system, where the player needs to earn the trust of the cultists enough that they are willing to share their secret. In execution, it means Kyle will be running around doing enough side quests to trigger the next story mission, which feels like a cheap way to pad the story missions. 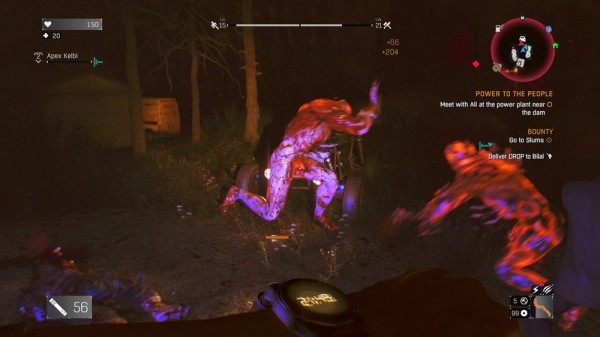 To be honest, I did not go into “The Following” with high hopes on the plot. Upon learning of the plot synopsis a while back, I had the initial impression that the whole cultist thing was not going to fit in with the overall plotline. Luckily, I’ve managed to put my foot so far into my mouth, I’m currently eating my shoe. The whole emphasis on a quaint old cultural tradition gone to the extremes after all hell broke loose grounds the plotline nicely. Mixed with a very believable tale, “The Following” delivers on a story that I think would have topped Dying Light’s plot if it wasn’t for one thing: the endings suck.

Spoiler warning, skip ahead if necessary!

“The Following” has three possible endings, two mains ones and a secret third Easter Egg that is essentially a riff on one of the two main endings. Two endings have Crane deciding to destroy Harran and the virus, while the other sees him turning into a Volatile himself. The endings are a strangely abrupt end to Crane’s story and “The Following” in general. The destruction ending is even more anti-climatic considering the effort Crane spends in the base game to save Harran. The weirdest thing about the ending is that players are able to get back into the game after it is finished, as if nothing happened. With Dying Light’s ending, everything makes sense as Crane decides to stay in Harran; in “The Following,” players feel trapped in the period just before the final scene. 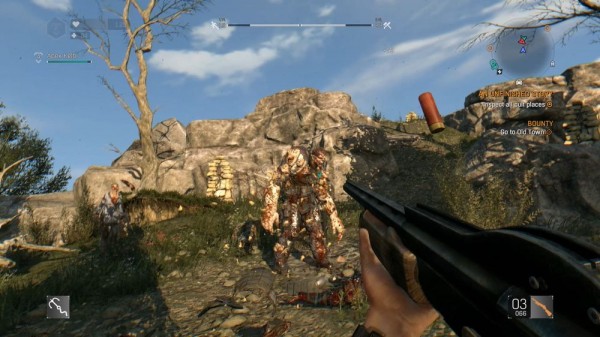 “The Following” features a brand new map set in the countryside outside Harran. It is a huge map with lots of open spaces and quaint little villages dotting the roads. The stark contrast to urbanized Harran gives “The Following” a very different feel that compliment’s the expansion pack’s vehicle well. There are still enough built up areas, such as industrial buildings and a small Mediterranean-style town, to provide some really tense claustrophobic moments.

A minor gripe I have with “The Following” is that it is a completely separate module from the base game. Unlike the two maps of Harran where you can simply run to a spot in the map and move over, players will need to back out to the main menu and then switch. While Crane’s stats and inventory transfers over both ways, having to return to the menu breaks the immersion in the game. 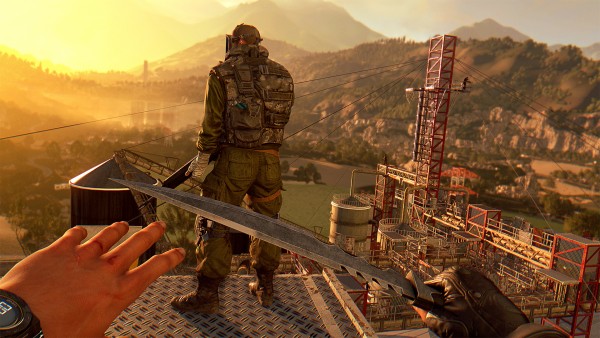 The buggy is probably one of the best examples of a vehicle in a survival game. The buggy has slots for the engine, turbines, brake system, and suspension. Each part is similar to weapons in Dying Light as they have their own stats and can be repaired a set number of times before needing to be replaced. The better quality the part, the better stats it will lend to the vehicle, but the cost to purchase, craft, or repair will be steep. Upgrading the buggy beyond the basic parts will require points in the Driving skill tree, which is earned from running over zombies and driving around at high speeds. This will allow players to equip their buggy with armour, weapons, and upgrades. The buggy will take slight, but constant damage in use, with even more damage to parts for treating the buggy roughly, like driving off road or crashing into things. Not only does the buggy need repairs from time to time, it also needs gas. Repair parts can be either purchased in small quantities from vendors dotting the world or scrounged up along with gasoline in abandoned vehicles. Techland has struck a very good balance for fuel consumption and repairs. There is plenty of fuel in the world that gamers won’t need to stop at every vehicle to scrounge for gas, but consumption is high enough that it is a good idea to check every vehicle around when on foot.

Dying Light “The Following” is a little glitchy. There are definitely parts of the map that don’t play well with the grappling hook and climbing up hunting towers can be a bit of a pain. I also encountered a few audio and visual glitches like some of the random events where models were not positioned correctly or some dialogue not playing.

The art style in “The Following” is solid. Driving around the map gives player a great tour of a country side that has both rustic and modern points of interest. The cultists have a neat sun worship theme that is very believable. The buggy’s design is a great mix of a stock recreational vehicle with post-apocalyptic modification. As a bonus, Dying Light itself received some under the hood upgrades with the free Enhanced Edition patch.

Most of the sound effects and music are re-used from Dying Light, which isn’t a bad thing. The sound effects for the buggy is excellent, with a nice roar to the engine. The voice acting in “The Following” continues to be excellent. 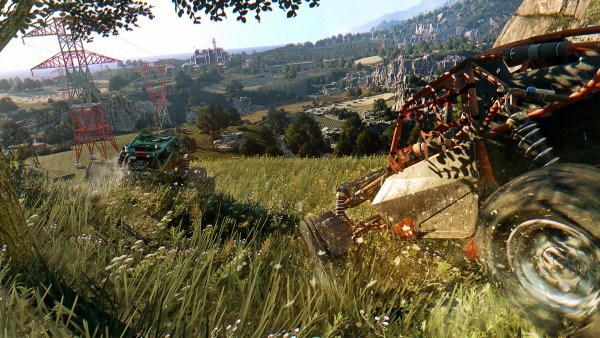 In the age of Season Passes and DLC, seeing an expansion pack is a bit of a rarity. Seeing an expansion pack that comes bundled in the cost of the Season Pass is even rarer. Techland has created strong expansion in “The Following.” The plot is good, though it stumbles a bit on the ending. The new gameplay elements are excellent, though it could use a touch of polish. If you enjoyed Dying Light, then you will enjoy “The Following.”