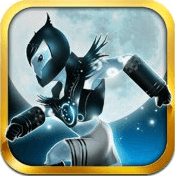 Dream Chaser is a new take on the old endless runner genre by adding a story component to the game and wrapping things up in pretty graphics. Two modes are available, an endless runner mode and a story mode.

The story stars a young night spirit named Nito. He is a little rebellious but understands that Idana, the daughter of the God of Dreams, has assigned him to a very important task. The Tower of Dreams has been destroyed, the two Gemini crystals that power it have been stolen, and the crystals’ four guardians have ran off. Nito must use his armour to survive the dangerous run to retrieve the crystals and return the four guardians, at all costs. 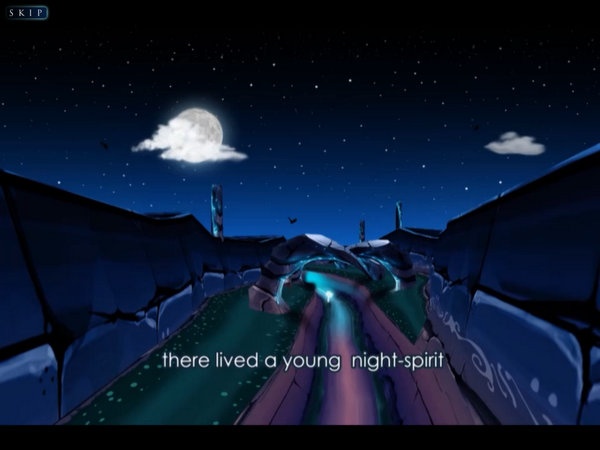 The plot of Dream Chasers is told by short conversations between Idana and Nito. The writing feels forced and awkward at times. There are some endearing moments, but the writing is mostly forgettable and at times utterly cringe-worthy.

The worst part is the delivery of the story. The player is provided with a limited amount of attempts at the story mode. Every attempt at a level consumes a heart. Three hearts are provided every eight hours and twelve hearts can be hoarded at any one time unless the player either buys hearts with dreams or real money. This unnecessarily breaks up the flow of an already mediocre story. 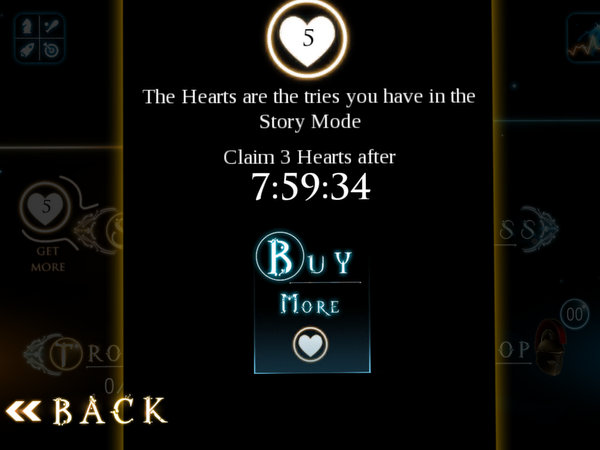 Dream Chaser is an endless runner and We.R.Play does little to modify the base formula. Players are given an infinite tunnel to run through while avoiding obstacles and collecting orbs called dreams. Players can either strafe an obstacle or slow down temporarily to jump over the obstacle. The upgrades can be purchased with dreams as currency for use in Endless Mode.

Story mode can be considered a very long tutorial for Endless mode as power ups are slowly introduced and properly taught in story mode. There is a short movement tutorial and quick text instructions in Endless Mode. Unfortunately, Story Mode is unnecessarily broken up by the annoying heart system. 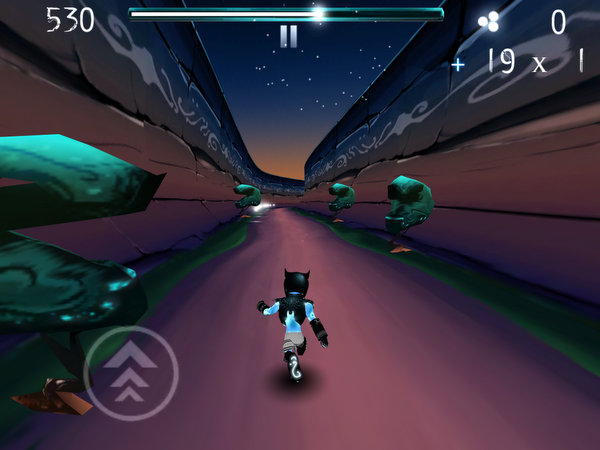 The controls are decent. The whole device needs to be tilted left or right to move Nito accordingly. Tapping on the left half of the screen will enable the boost mode and tapping on the right hand of the screen will make Nito jump. Playing Dream Chaser for hours at a time with an iPhone or an iPod Touch would not be too bad, but using the heavier iPad with a heavier hard case was tiring after a while. 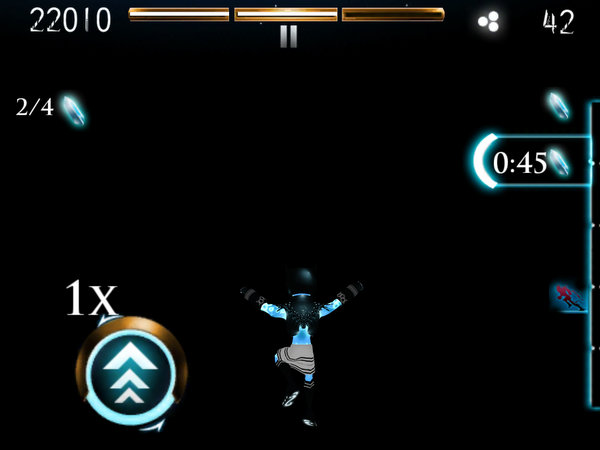 The In App Purchase system is probably the worst thing in the game. The game already limits the player’s progress in story mode with the hearts system. Although extra hearts could be purchased with dreams, the prices in the shop are ridiculously high and would require hours of gameplay for a few extra tries. The prompts for the shop are extremely aggressive. It is hard to go for more than five minutes without seeing a prompt or two to purchase something from the shop. There is a fine balance required to make a mobile game with in app purchases profitable yet optional to those who want to enjoy the game without paying. Dream Chaser completely misses this balance by a few miles.

Dream Chaser has beautiful visuals. The colour palette is soft and ethereal. It focuses heavily on pinks, purples, blues, and browns. However, things get stale quickly. There are only two levels in the game, a claustrophobic purple canyon and a slightly wider canyon with cherry blossoms planted on the side. I expected a little more variation between the two levels and was unpleasantly surprised. Worst off, as Nito runs through the canyons, the passing view does not change much

There are a handful of audio tracks and sound effects used in Dream Chaser. The songs range from dream like lullabies to intense orchestral scores. The sound effects are used extremely sparingly and often fade into the music. Dream Chaser is one of those games where muting the sound makes no real difference to the game. 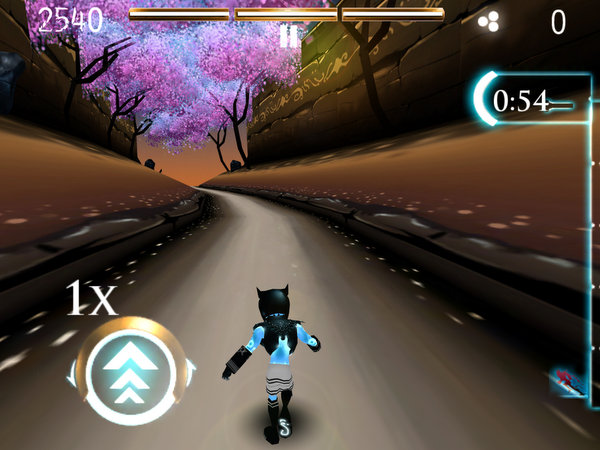 Dream Chaser is an average game wrecked by an aggressive in app purchase scheme. There is no reason why anyone should purchase this game for $0.99 when there are free games with similar if not less aggressive in app purchase schemes. The Story Mode should be a positive distinction for the game, but ends up being a poorly written disappointment that servers as another encouragement for the player to make in app purchases. The graphics are pretty at first glance, but get stale quickly. Skip Dream Chaser, there are better and cheaper endless runners out there.