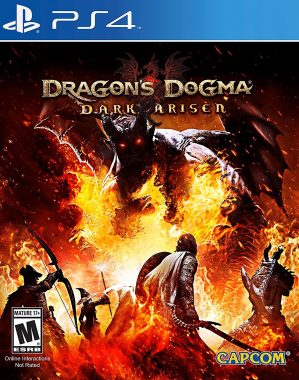 Five years ago, Capcom brought us Dragon’s Dogma. Despite a few flaws, the game did well on the market, and opened the publisher to a new genre they had not really dabbled in before. Even with the success that lead to an expansion and quite a bit of fanfare, this game still lived in the shadow of Skyrim, which came out the year before. Dragon’s Dogma: Dark Arisen was and still is the better of the two, but that is just my opinion and an argument for another day. The current discussion that needs to be had now is how well this beast holds up. With the pawn system in tow, can Dark Arisen still stand tall in this current generation, or is it a relic that is best left in the past? Let’s find out. 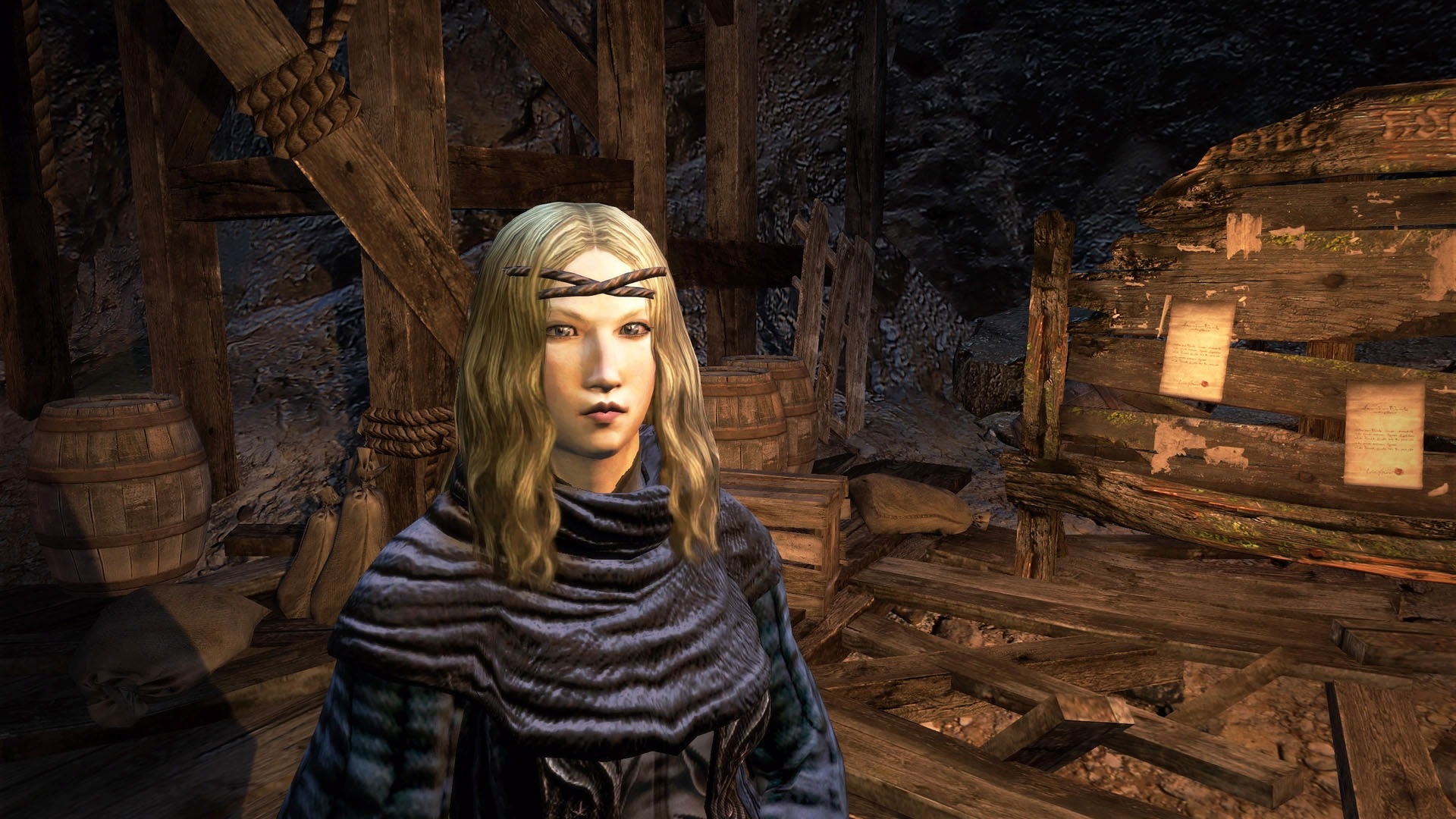 The story of Dragon’s Dogma: Dark Arisen is really rather simple at its core. The player is the Arisen, a being who survives having their heart removed by a dragon. As the game progresses, The Arisen takes to beaten paths, performing quests for citizens while slowly learning more about themselves and their general purpose as the chosen one. The story is serviceable, and certainly will entertain throughout. Personally though, retreading this adventure has kind of been an experience, where I found myself soaking up more knowledge about this world as my own little character and pawns came together to make this narrative feel more pointed and centered around my own experience that I was creating, rather the standard one that the game put forth. That is what makes Dragon’s Dogma so special, though. Sure, you can go out and do everything as it is supposed to be done, but there is enough freedom and leeway to be creative and customize your story based on who you may have created. 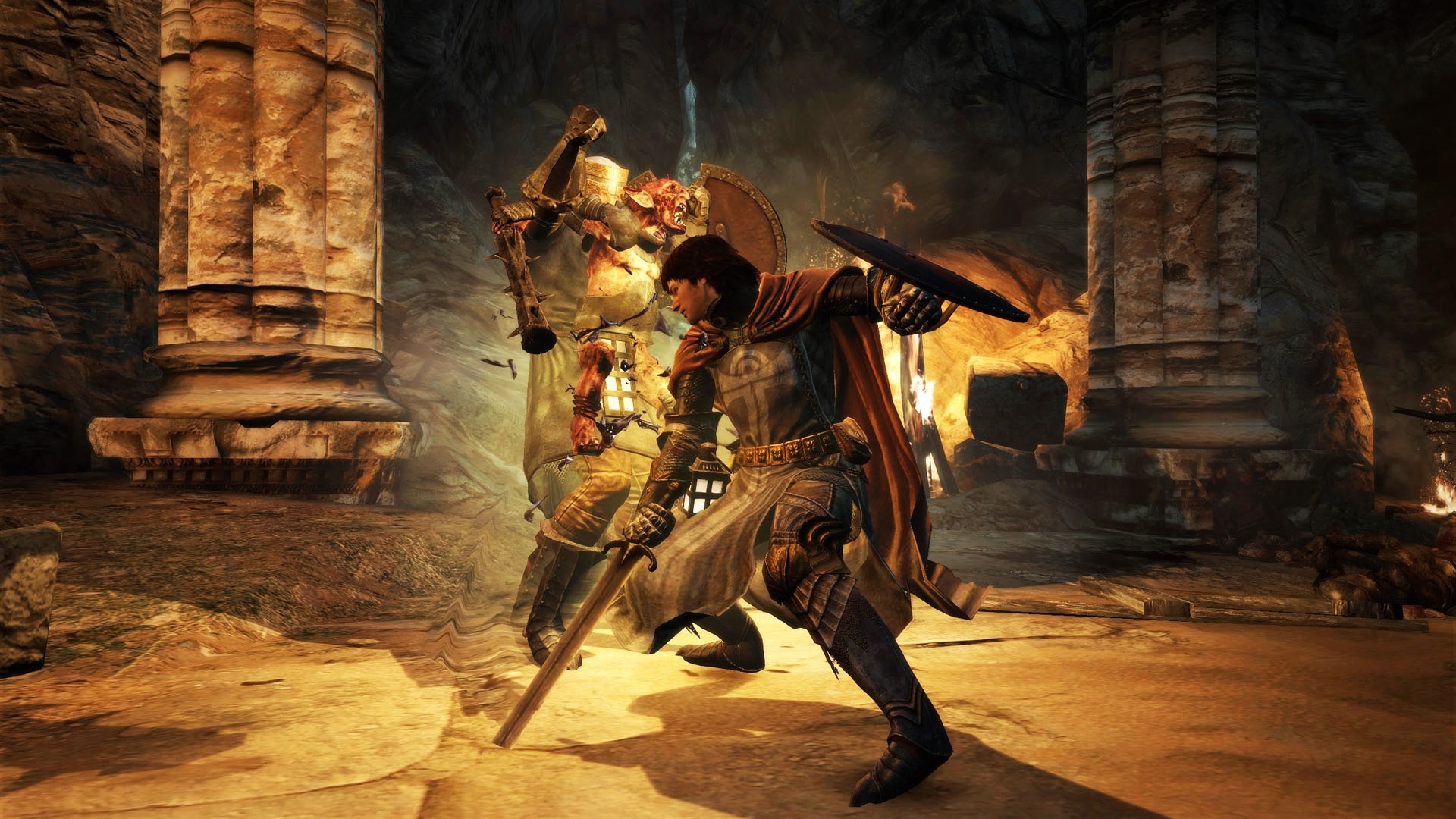 As for gameplay, I am elated to say that Dragon’s Dogma still has a very polished battle system, with level progression that ensures players are always working towards their next piece of armor. The amount of customization within the game could put most recent fare of the similar blend to shame, as from serious to comedic, no one should have any trouble adding a little piece of themselves to the main protagonist. The game also rewards those explore with rare pieces, which can be sold or equipped as soon as its obtained. Now, this the definitive version, so the DLC is also in tow – however, one can sell off everything and make a small fortune to kickstart their adventure, or keep it for the sheer sake of collecting if need be. Either way, that boost makes a big difference overall. 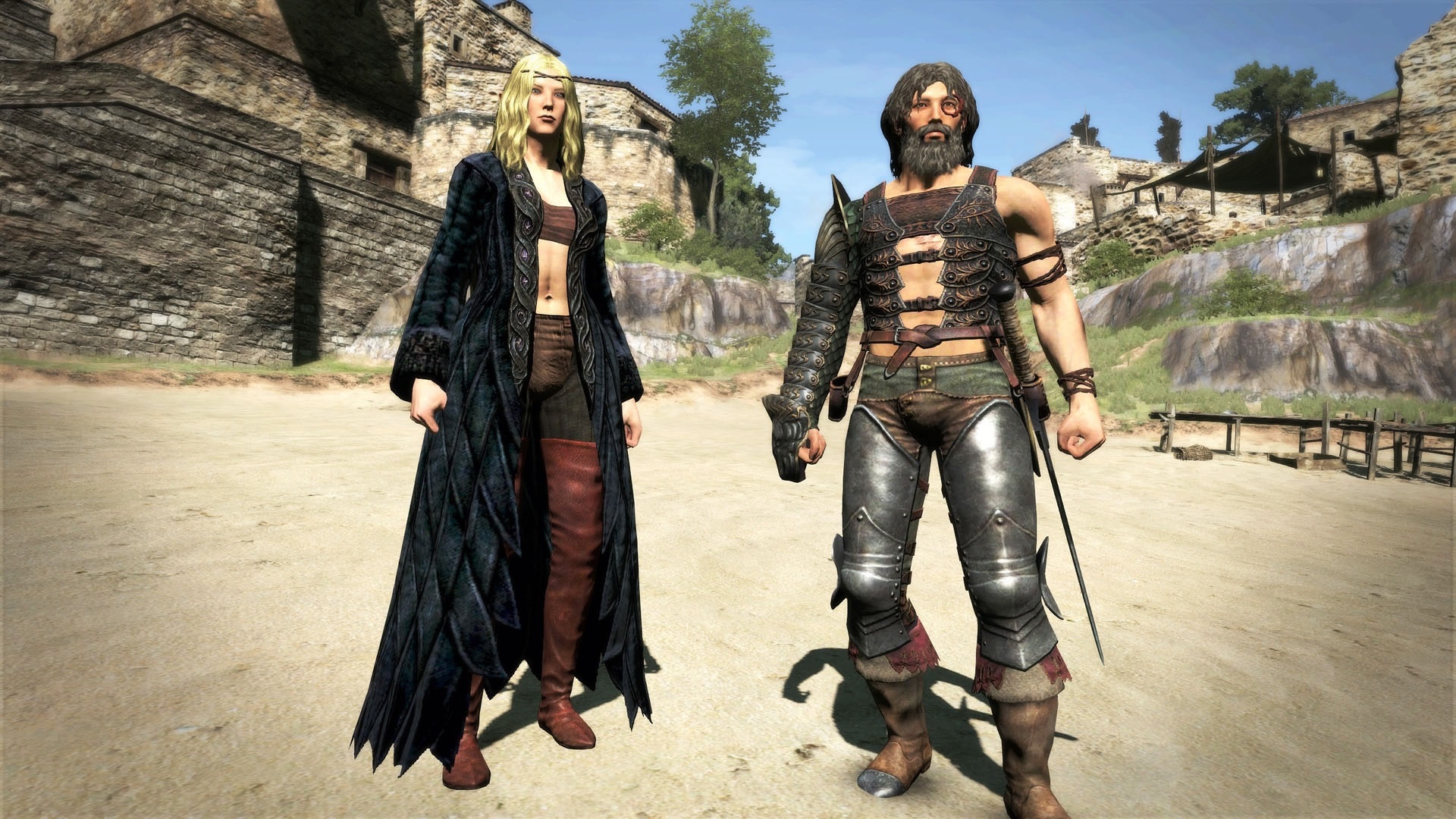 Sure, there are moments of rust or tedious battle systems coming into play. I had a bit of frustration of my own due to stubborn AI that seemed to get themselves killed in what should have been very easy escort quests. That said, The random battles, sense of immersion, and arcadey feel overall that Dogma is able to provide the player is simply not comparable, as this title keeps its unique formula held close, allowing players old and new to get that full experience from the time their heart is ripped from their chest. The stamina system can also get a bit tiring to deal with, but again – the right equipment, pawn selection, and item can ease the burden of running out of breath. 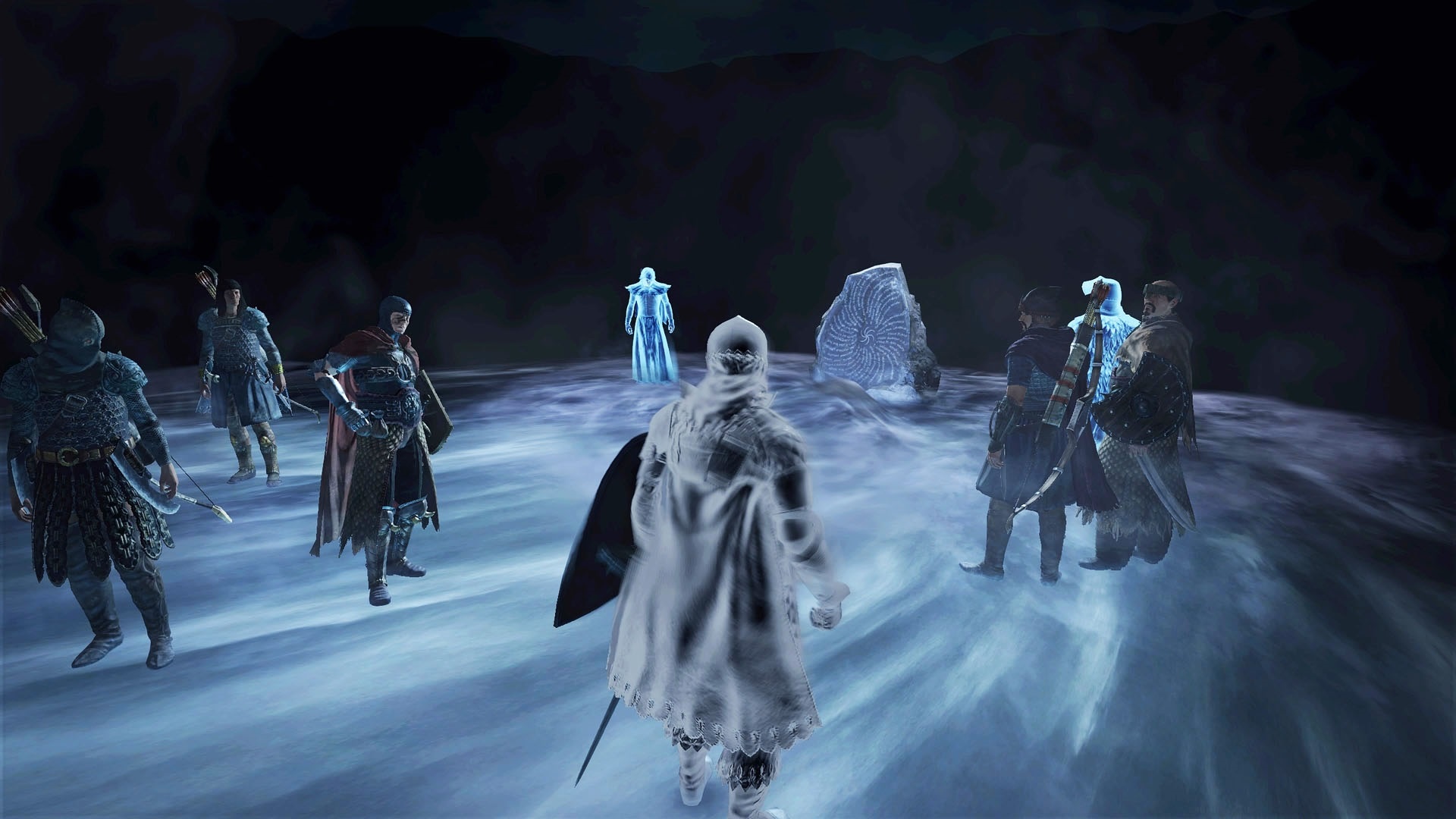 The pawn system is something I was personally concerned about. For those new, this allows players to rent up to two companions for their travels and fight alongside them until the pawn is too weak by default, meaning you would have to go back, trade for a new pawn of a higher level, and continue on. Players can go online to rent other pawns, and reward their short tenure with a gift to send that pawn back to their creators with. The only pawn that can actually progress in level is the one player’s pawn, so while equipment can be shared, it is best to think of these extra faces as temporary. I was actually concerned that not enough pawns would be online, or that the variety would be limited due to it being a new generation. However, the servers are rather active for this port, and those who still can’t find the right pawn can use a randomly generated one found within the main world of the game.

I guess this is the most important part, isn’t it? The visuals for Dragon’s Dogma were never really dated. I never felt that there was a lack of polish, and never felt like this game felt lackluster when I played it years ago on the Xbox 360. That is the same product you’re getting this time around, except now Capcom have evened out the framerate, allowing for a much smoother experience with a steady 30fps. Sure, it isn’t reinvention, but the game is colorful and looks amazing anyway, so most will have no issue when it comes to presentation, as the only flaws I really found were cases of minor clipping and the occasional slowdown that really did not hurt much of anything. 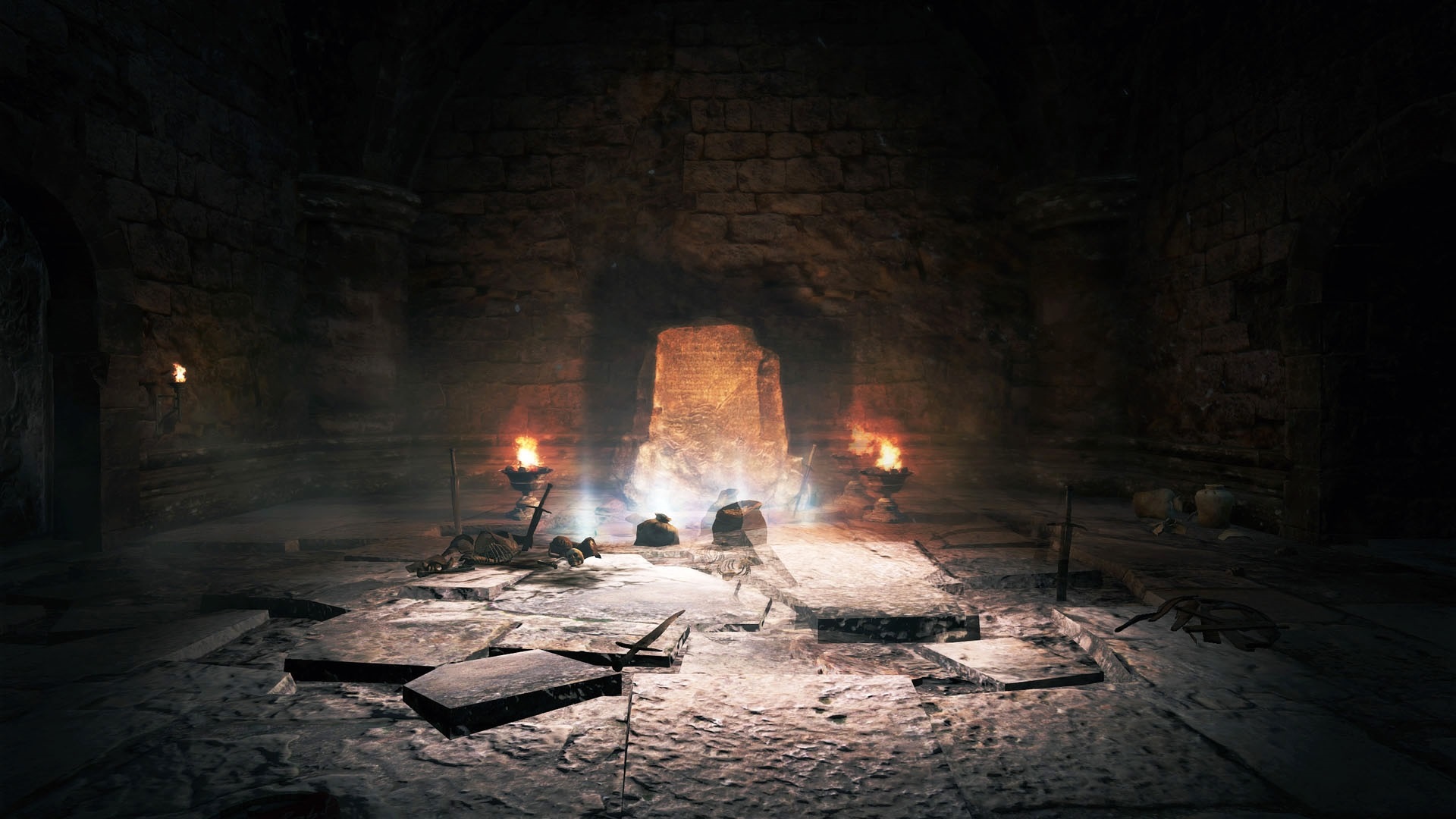 The sound in Dragon’s Dogma is superb. With haunting, original melodies, enchanting battle hymns, and lovely overworld tunes, I must say this game’s soundtrack is superb. The voice acting also is quite nice, as while the non-playable characters can definitely grind a bit, their dialogue is all spoken and certainly makes everything feel top tier.

Dragon’s Dogma: Dark Arisen is more than welcome on modern consoles. The entire game has not lost its touch or unique offerings, and is just as addictive as it was five years ago. Sure, there are a few little nuances that don’t click as hard as they used to, but the game functions well and even has minor corrections to make the experience more definitive and fluid. Those who are looking for the next great game to play should step back and give this gem a go, as while it is ready for continuation, the original product still stands on its own as one of the greatest titles of last generation.

The Arisen Returns to Consoles
9