Overview
JoyBits’ Doodle series has proven to be quite popular among mobile gaming fanatics. The passive gameplay does make for some simple time-passing, but it doesn’t ever truly feel fun. Such is the case with Doodle Kingdom, more of a brainless routine than an entertaining video-game. Doodle Kingdom may engage a few with its meandering, but not because it’s fun. 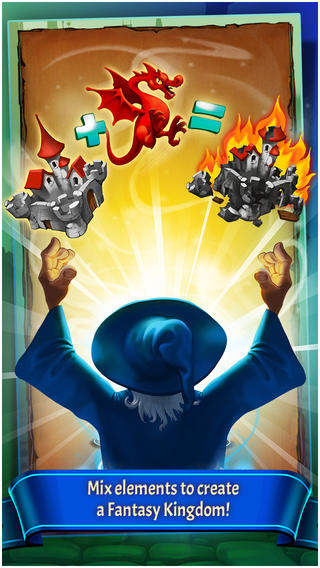 Gameplay
What Doodle Kingdom does appears on the surface to be quite a lot, but when you scratch at the surface a little you come to realize that there is really very little to do in this game. There are 3 main modes and each of them feel like a very hands-off experience. There isn’t much involvement on your part in doing anything of great significance but that passive style of gameplay makes for some decent casual gaming.

The modes featured in Doodle Kingdom are Genesis, Quests and My Hero. Each mode is different in their own way but similar in the fact that they give players very little involvement to whats happening on screen. For example, in the My Hero mode, by and large the game plays itself with your Hero running through an area and fighting, with you healing him with a button press and tapping on chests as you pass them by the get more gold.

The Genesis mode plays somewhat like a puzzle game, except there is not really any puzzle to it. You match random ‘elements’ in hope they will combine into something else. There is no real strategy or thought required for this mode and is ultimately just a game of selecting random combinations until you get something good. 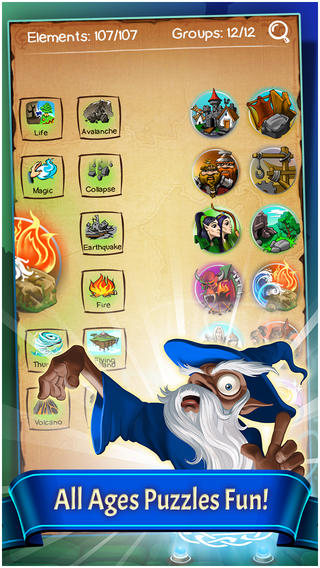 It is this kind of brainless gameplay that makes Doodle Kingdom ultimately forgettable at best and plain boring at worst. The asking price for this game is nothing short of ridiculous especially when you take into consideration that the game already features a plethora of in-app purchases.

All of this comes together for what is in the end a very disappointing mobile game. It isn’t fun, it is not worth the price of admission and it is just plain half-assed. Unfortunately this is a missed opportunity on the part of JoyBits and is one game that should be avoided. 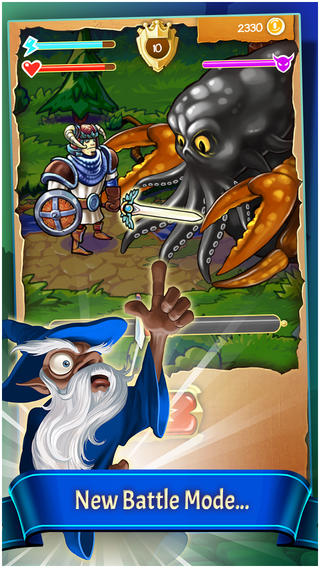 Visuals and Audio
As far as visuals go, Doodle Kingdom is not bad. The artwork is decent, albeit forgettable, providing the game with a certain style that does elevate the gameplay in terms of aesthetic appeal. It is cartoony and somewhat silly but it kind of works for Doodle Kingdom in some odd way.

As for the game’s soundtrack, there is not a lot worth writing home about here. Its simple and lacking any presence whatsoever. It is just another disappointing facet of a disappointing game. 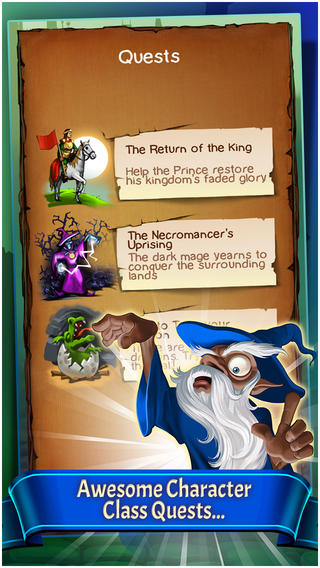 Overall
Doodle Kingdom is sadly a very weak release from JoyBits. While the Doodle franchise has proven itself to be quite popular, Doodle Kingdom would leave anyone baffled as to why that is. This is quite simply not a very fun game. While it has a few different gameplay modes, each of them feel inconsequential, leaving very little for players to sink their teeth into.

At the asking price you would expect far more from Doodle Kingdom and the addition of in-app purchases doesn’t make matters any better for this game. Ultimately Doodle Kingdom is simply not a very good game and it is advised that gamers either avoid this game or at the very least approach this ‘kingdom’ with caution.