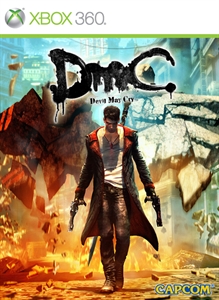 The much anticipated follow up to DmC: Devil May Cry arrives in the form of downloadable content titled Vergil’s Downfall, and this is indeed a direct follow up to where the original game ended. Now just to clear up this isn’t the true ending deliberately left out by Capcom, this isn’t the same stunt that they pulled with Asura’s Wrath. Nor is the content already present on disc with the DLC simply unlocking it, no this is a massive download weighing in at over 2GB, featuring content that serves as a supplementary sequel of sorts.

Do you own DmC? Love DmC? And want more DmC? Then read on to find out why you need to grab this latest piece of DLC. 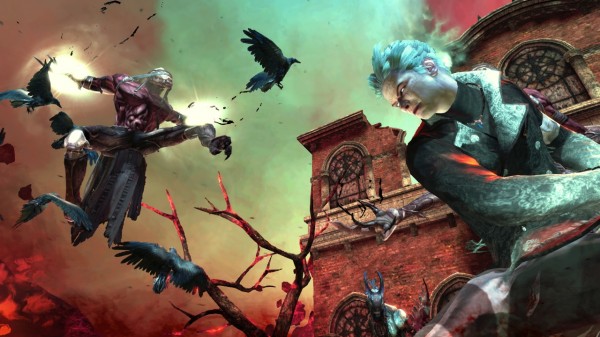 The final battle in DmC saw Vergil nearly tasting death at the hands of Dante, but spared in the last moment and allowed to escape. Vergil’s Downfall picks up right after that moment and shows you what happened to Dante’s twin brother in the post-game.  You take control of a bruised and battered Vergil as he embarks on a very personal journey of self-discovery, where he faces his deepest inner-demons.

When it’s all said and done, it becomes clear that this is truly a standalone adventure where the spotlight is on Vergil. His character development is fascinating, and he’s apparently meant to be the new antagonist of DmC, but what this DLC attempts to do is to make players understand his motives and bring his beliefs into context. If anything it offers a very unbiased and grey portrayal of his character, almost to the point where you sympathize with him or at the very least pity him.

Don’t get me wrong, Vergil isn’t a hero or an anti-hero of any kind, in this DLC you play as the proverbial bad guy and learn about his past and witness the full extent of his character. This is a very unusual redemption story, and in a very peculiar way it’s also a coming of age story. We’ve seen these stories told countless times in the medium, but rarely in the same manner that you experience in Vergil’s Downfall. Normally in these stories, you see a character make peace with their past, exorcise their inner-demons, and come out anew, reformed, and better. Vergil’s Downfall portrays its protagonist in a similar manner, albeit in a more questionable way. It goes to show that sometimes there is an even bigger price to pay on the road to redemption, and finding one’s true self.

The emotional story alone is worth experiencing, and it is presented excellently with well written dialogue and highly stylized animated sequences. This isn’t an extension to the already decisive conclusion of DmC, instead Vergil’s Downfall offers a compelling supplement to shed light on an apparent villain, and best of all it sets the scene nicely for the inevitable sequel. 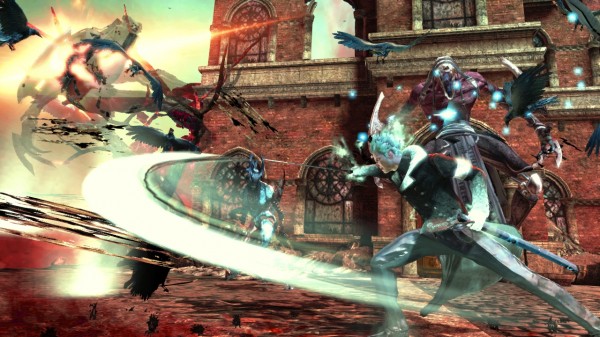 Considering that it is a DLC, it’s a pleasant surprise how distinct and unique Vergil’s campaign feels compared to Dante’s epic quest in the retail release. They may be identical twins, but their personalities and respective campaigns are anything but. Vergil’s campaign comprises just six missions, each of the standard DmC length of 15-20 minutes. The length of Vergil’s campaign pales in comparison to Dante’s 20 mission odyssey, but for a DLC you can’t really fault the offering here.

The campaign really feels like a slow and steady development of his combat prowess, each mission grants you an opportunity to learn something from his repertoire and even progressively have new abilities bestowed upon him. By the time you fight the major boss, Vergil comes full circle and you get to play around with all sorts of cool new skills and attacks.  The progression in his combat abilities is in perfect sync with his character development in the story, so it all feels very organic and natural.

Dante was ridiculously stylish, reckless, and insanely over the top in his combat style, Vergil on the other hand is the polar opposite. His combat style is a lot more defined and methodological, as his approach requires far more tact and a calmer presence of mind on part of the player. While Dante was designed for reckless blood pumping beat downs, Vergil on the other hand is a thinking man’s fighter. 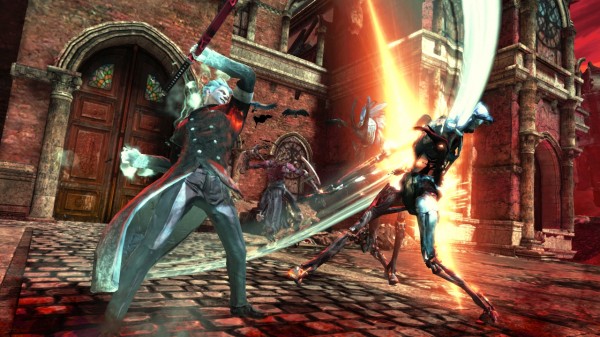 Vergil’s modified katana sword, the Yamato, is all about sharp and precise hits and little to do with effortless fluidity. Don’t get me wrong, you can improvise some amazing things but you need to be more disciplined and smart about it. He is also able to summon small swords which add more strategy and tact to his play style. Vergil feels noticeably limited in the early stages of the DLC, so much that you might struggle to rack up a decent score in combat style, but as the game progresses you unlock and learn more moves, which makes scoring huge style points a lot easier. The new abilities and attacks you unlock will certainly make you want to replay the missions more than once, the coolest one being a doppelganger that you can summon to fight alongside you. He is also a lot more agile as he can literally flash step to cover a large distance in the blink of an eye, making his play style a lot more defensive and evasive than Dante’s. It’s also worth noting that Vergil’s campaign feels noticeably more challenging than Dante’s, and that may largely be due to his distinct play style.

A new playable character isn’t all that you get in this DLC, you also go up against several new enemy types, and even a couple of new boss characters. In terms of core gameplay and enemy types, Vergil’s downfall offers plenty of new things. However, when it comes to locations and level design, things aren’t as interesting. The missions largely take place in different variations of the same location and it doesn’t have the same variety you saw in DmC. You won’t be witnessing the real time world morphing, gorgeous set pieces, and the artistic flair that characterized the original game. The level design has a decent mix of action and platforming, but it feels a bit too predictable and tacked on.

The campaign design may not be very rich, but you certainly get to use a very deep and unique character and test his might against some brand new foes. 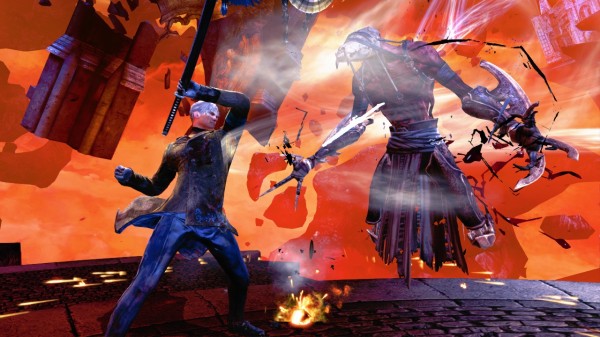 Visually and graphically Vergil’s Downfall is obviously identical to the quality of DmC, sans the detailed artistic flair and real-time level morphing effects. The techno rock soundtrack is also retained here. Nothing much to say about the audio and visuals, but what is unique to Vergil’s Downfall is the stunning animated sequences.  The art style in these animated scenes is highly stylized, akin to a noir style graphic novel. It’s really cool to have that unique touch, and it makes up for the lack of variety in the in-game locations and art. 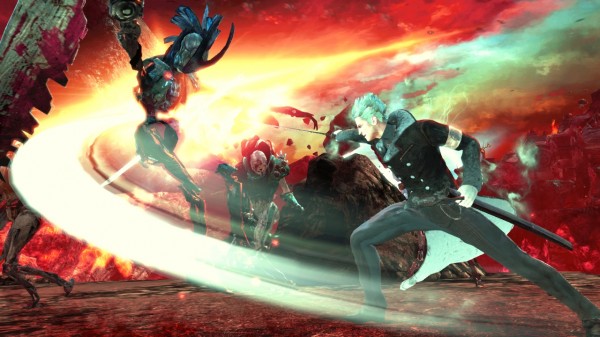