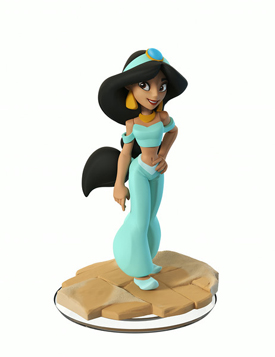 The Disney Princesses are some of the world’s most recognisable animated characters, and are definite favourites for girls and women all around the world. When Disney announced that Jasmine would be added to Disney Infinity 2.0: Marvel Super Heroes, along side her beloved street rat Aladdin, many rejoiced – Jasmine would not only be bringing some serious female ass-kickery to the game, but she was also the oldest princess to be introduced (the others in the game have been from modern Disney flicks). Sadly, Jasmine didn’t release alongside Aladdin making players everywhere wonder where she was and when they could put her down on the Infinity Base and sneak out of the Palace on a magic carpet ride. Well, that time is HERE and Jasmine has been worth the wait. 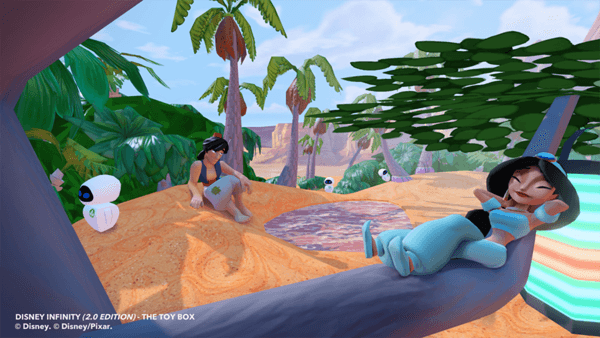 Jasmine, unlike Aladdin uses her fists and her magical ability to create sandstorms (not sure if this is cannon to the movies…. leave this with me) to combat her enemies. She isn’t the greatest physical fighter, but Jasmine has the cunning, speed and dexterity to make up for it.

Jasmine’s ranged attacks make the use of “Carpet,” the magic, sentient flying carpet from the Aladdin films and TV series. While Carpet is more of Aladdin’s pal than Jasmine’s, that doesn’t stop the blue-clad heiress from using it to send out a tornado of sand that hits and decimates enemies from half way across the Toy Box.

One of the most exciting parts of the Jasmine character is that Linda Larkin reprises her role as Jasmine, keeping a sense of continuity with the character to her previous appearances. Larkin has voiced Jasmine in just about every Disney-produced film, episode and short that has featured the character so it is awesome that they have kept it going here. 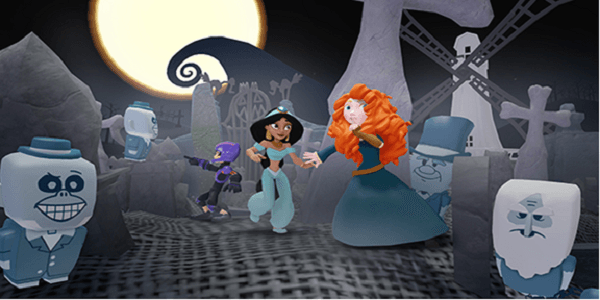 When I recently reviewed the Disney Originals figures for the game, I mentioned that they seemed to fit in amongst one another and with the older figures much better than the Marvel Super Heroes did. The same reigns true for Jasmine, who looks absolutely stunning not only on her own, but like a match made in heaven when put next to Aladdin. The bright blues of her outfit contrast with her jet black hair and create a figure that looks simply awesome.

In addition to her individual figure, Jasmine is also available as part of the Aladdin Toy Box Pack, which includes both the Jasmine and Aladdin figures as well as two Power Discs that transform your Toy Box into the sprawling sands of Agrabah. Like last year’s Frozen and Phineas & Ferb Toy Box packs, the new Aladdin pack is the best way to get all of the pieces to make the perfect Aladdin Toy Box. Just a heads up though, the Aladdin Toy Box pack is only available from Big W. 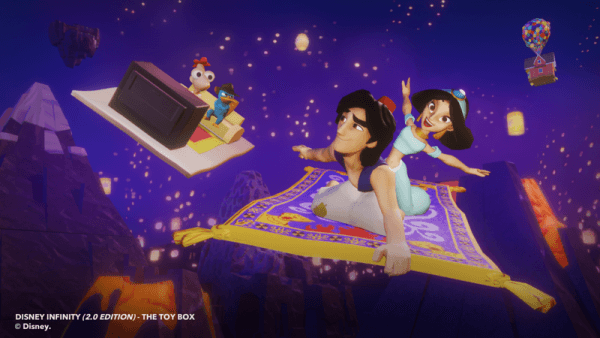 While it was a little annoying that Disney held off on Jasmine for so long, it is great to finally have her be a part of the Disney Infinity 2.0 experience. Not only does she add a bit of girl power and increase the amount of Disney Princesses in the game, but her skills and ability make it so that she would be a great addition to the game regardless of her royal status.