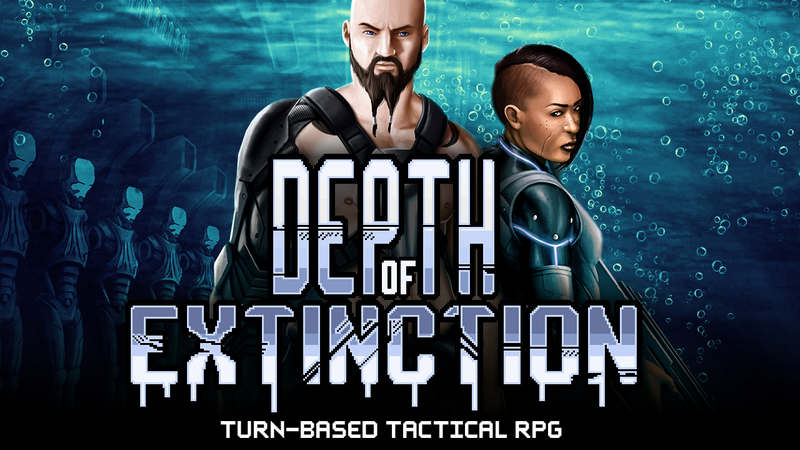 In a futuristic world filled with violence, there is only one thing you can count on: a neverending horde of killer machines. There are probably some other things I’m missing such as overpopulation, pollution, food shortage but let’s focus on killer machines in this game. Let’s see what Depth of Extinction has to offer that we can’t find in other strategy RPGs. I’m hoping there more than just killer robots!

As one might imagine, killer robots and murder and carnage are also a good opportunity to make a quick buck. Aside from murderous machines, you’ll encounter a couple of other factions, gear up with 115 different weapons and improve your characters through eight unique classes. The story is served in short bursts and it is as cliche as you might expect, something about you being the sole defender of humanity’s last standing government and saving the world before it’s too late. It’s a bit thin but what can you expect, I imagine the most meat of the game is in the next section. 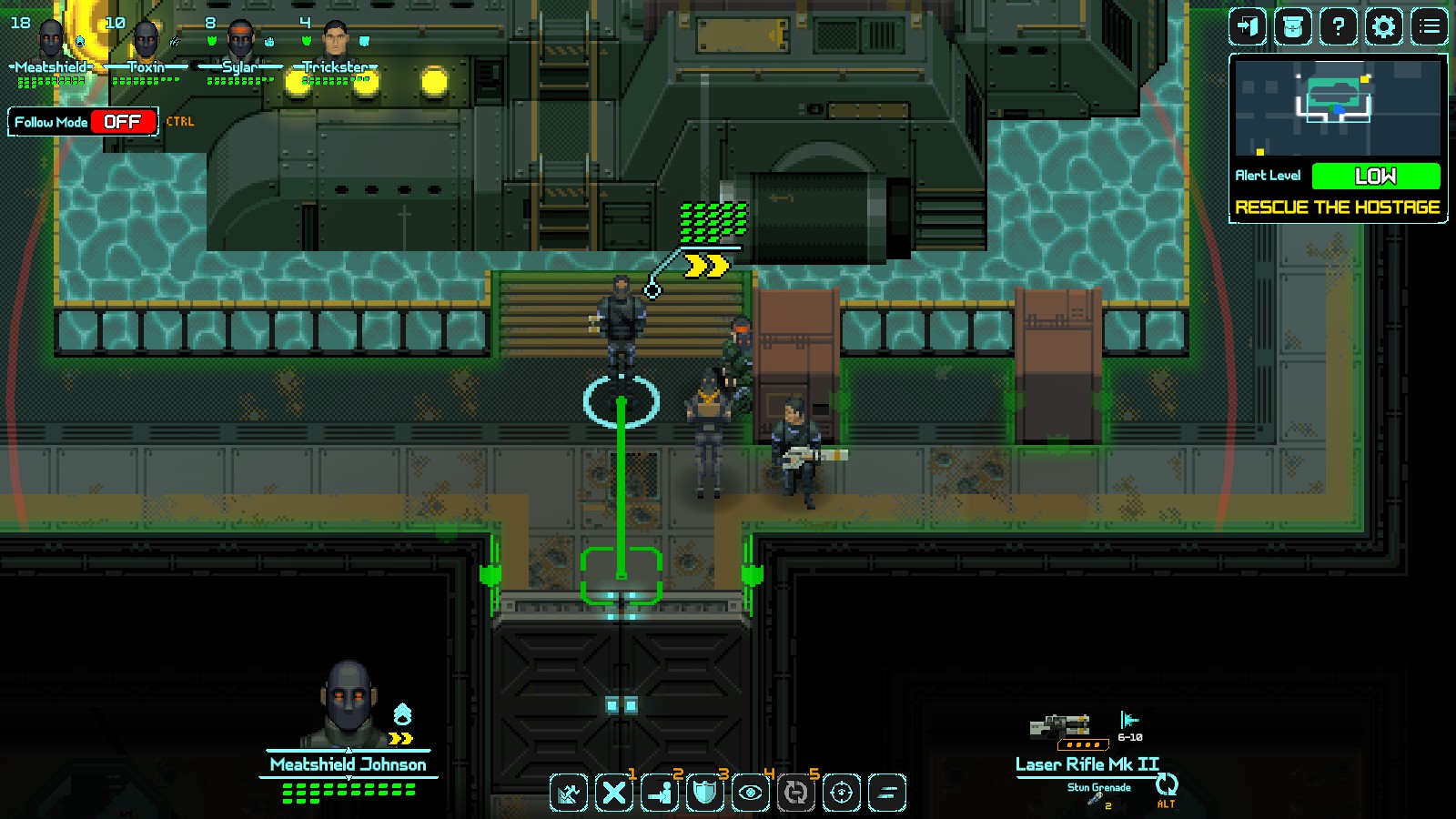 Yep. In these kinds of games, gameplay is what makes them or breaks them. With Depth of Extinction, gameplay is a tangled web of every turn-based strategy element thrown in for good measure. It’s all there but nothing really stands out enough to catch your attention. It is imperative to take note of the environment, use cover whenever possible, pick the best weapon for the situation and take note of permadeath since of course, the game would have it. Considering that last bit, one might expect that the game would be somewhat fast-paced and you wouldn’t wait for more than a minute to get back in the action after being wiped over and over and over again. What can I say, dying is something you’ll have to get used to here. After the first few levels, the difficulty cranks up and enemies are unforgiving. Every action needs to be carefully calculated, even though most of the time you’re just gambling and hoping for the best. So what’s the play incentive here? To be perfectly honest with you, it’s hard to find one.  Soon enough you’ll notice the same old maps, only with shuffled rooms and different enemy positions. Everything takes too long, from moving around to shooting. Instead of the good old “just one more turn” feeling,  it’s more of a “is it over already” scenario. 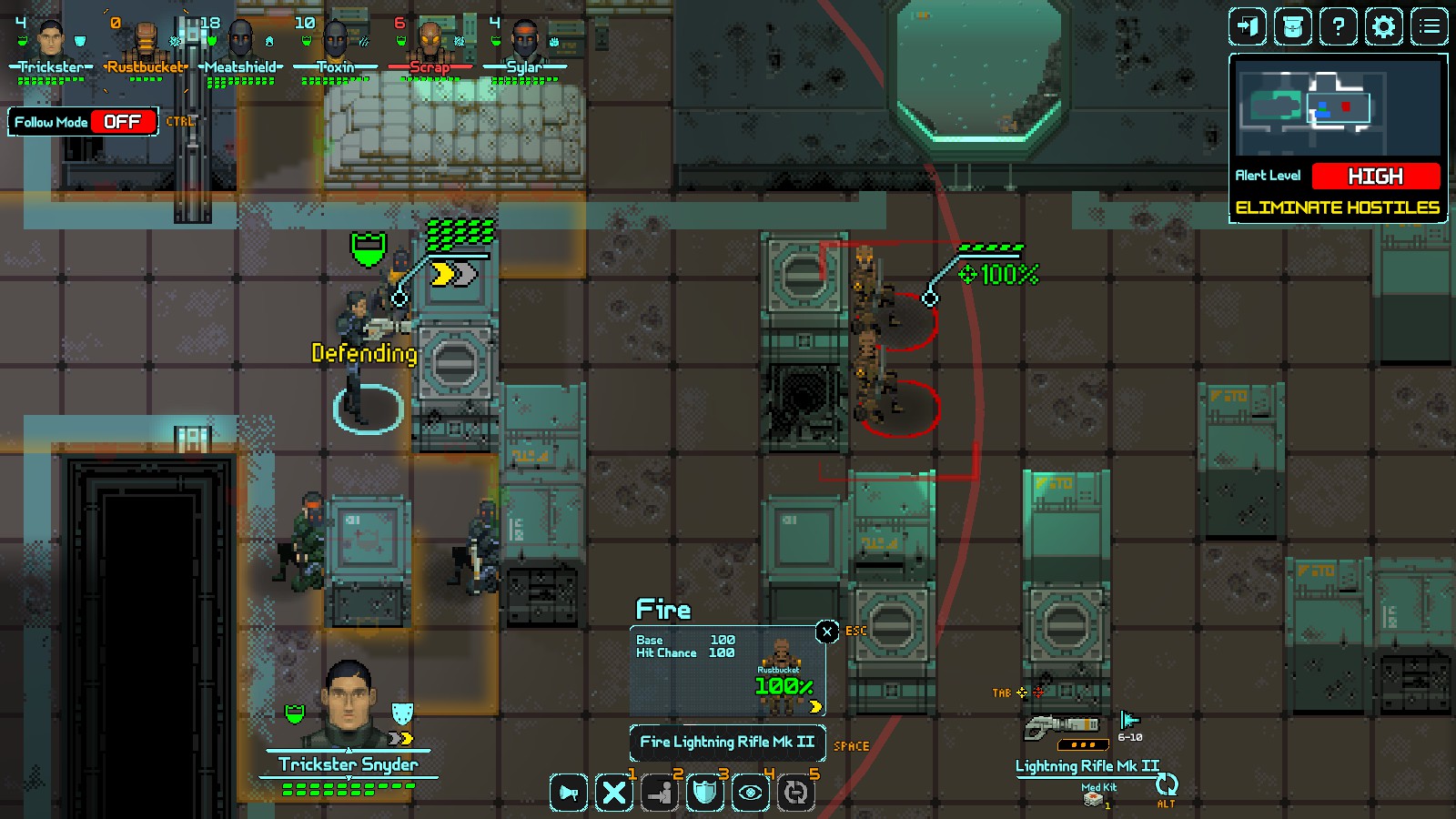 It’s clear that the game was made on a tight budget. The voice acting is passable at best and the level design is uninspiring. There is some variety with enemy designs and a whole lot of weapons at your disposal but all of that is lost through repetitive maps. And on a personal note, the UI design looks (and feels) like it was made for a future smartphone or a tablet port in mind. Playable characters look too much to one another that sometimes I had trouble telling them apart. 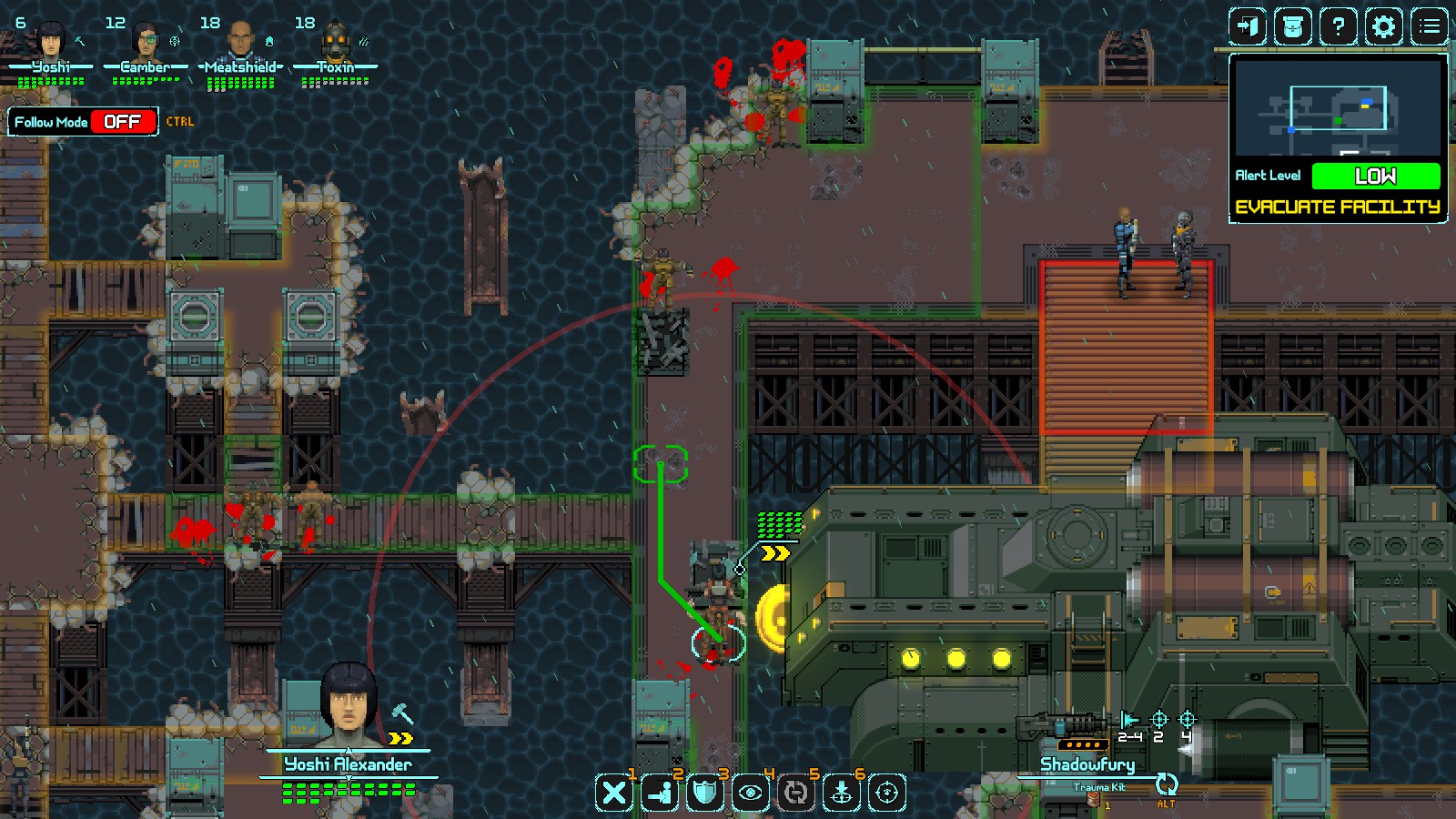 Out of everything said so far, the biggest (and only positive) surprise so far came from the soundtrack. You are accompanied with some amazing synth tunes that lift up the overall score (but sadly, not enough to save it from mediocrity). After ten minutes or so, the first thing I did was to run to the Steam store page and see if there is maybe a link to the official soundtrack. Sadly, there wasn’t. Before all hope was lost, I did manage to find the whole OST on Soundcloud and I can say now that composer Kim Lightyear has a new fan. 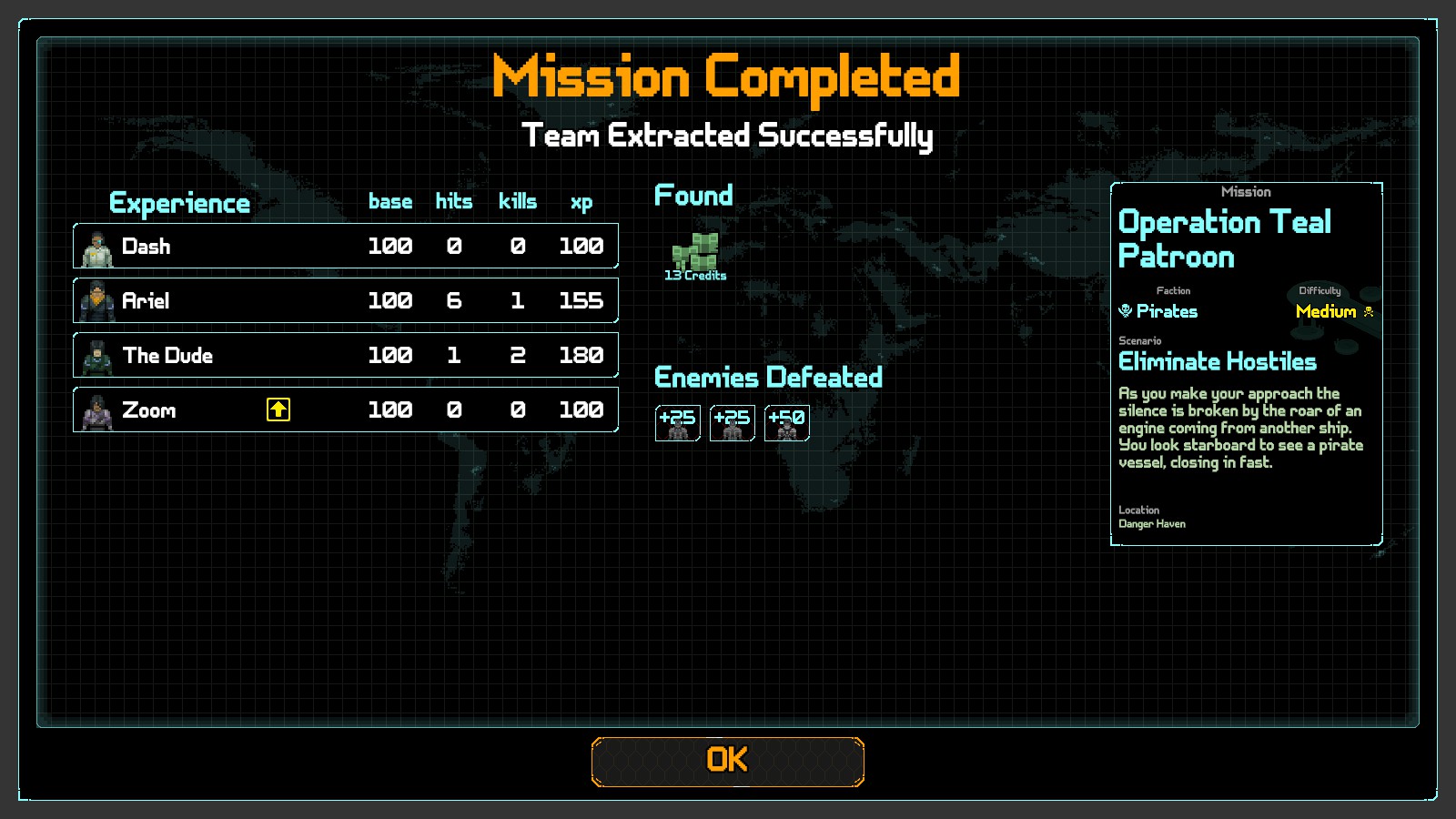 While I was anything but impressed with Depth of Extinction, it is clear the game was a labor of love and made by devs who are big fans of X-COM series and FTL. But good intentions alone weren’t enough. I could only recommend this to the hardcore RPG strategists but even then, know that you’re entering an incredibly challenging and painfully slow experience.

Everything looks good on paper, but the overall slowness makes it a chore to play.
5