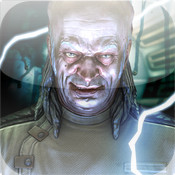 Overview
Space. The void that exists between worlds, a terrifying abyss where no one can hear you scream…now with zombies. As the ESS Meridian coasts through space, something goes wrong. Awaken to a intergalactic coffin of people who’ve shuffled back to this mortal coil. When the undead go off world, where does safety lie? 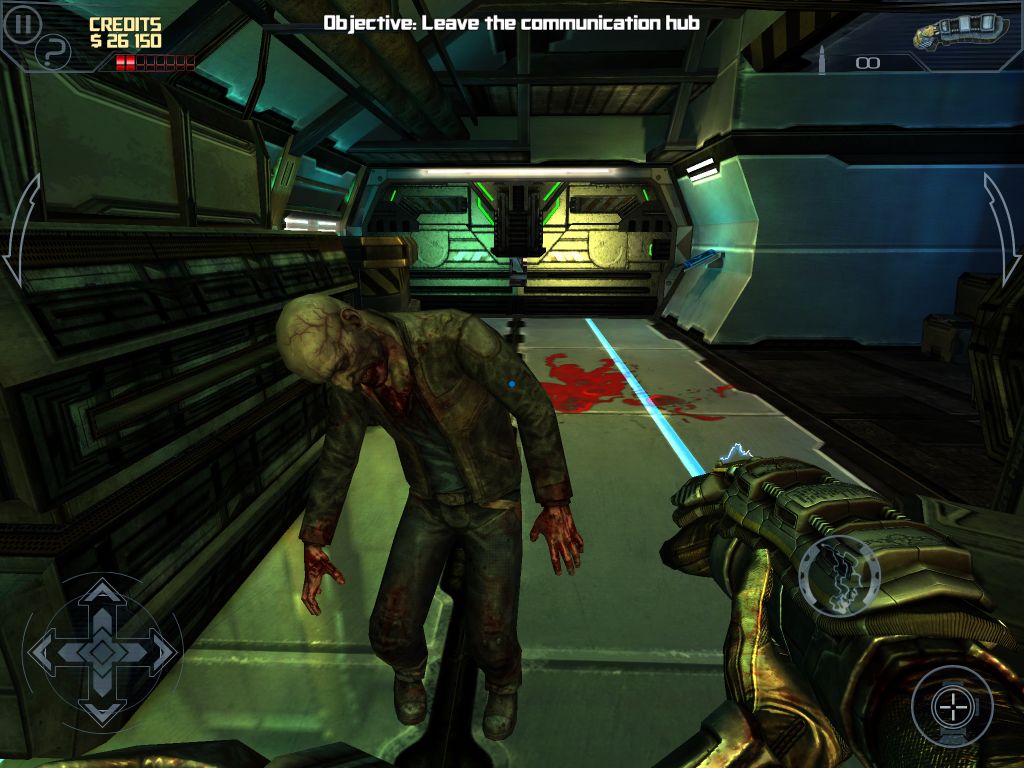 He was only two days from retirement…

Something is wrong. Awakening from cryo sleep, you discover that every other hibernation pod is empty. As you venture through the ship, you discover that the crew of the ESS Meridian have been infected by a mysterious virus. With gas flooding in through the vents, apparently every person on board has mutated into a zombie. Armed with the weapons you’ve found, you fight these horrible creatures in search of the truth. As you progress, you are contacted by Dr Wagner, who aids you in your endeavour to stay alive. 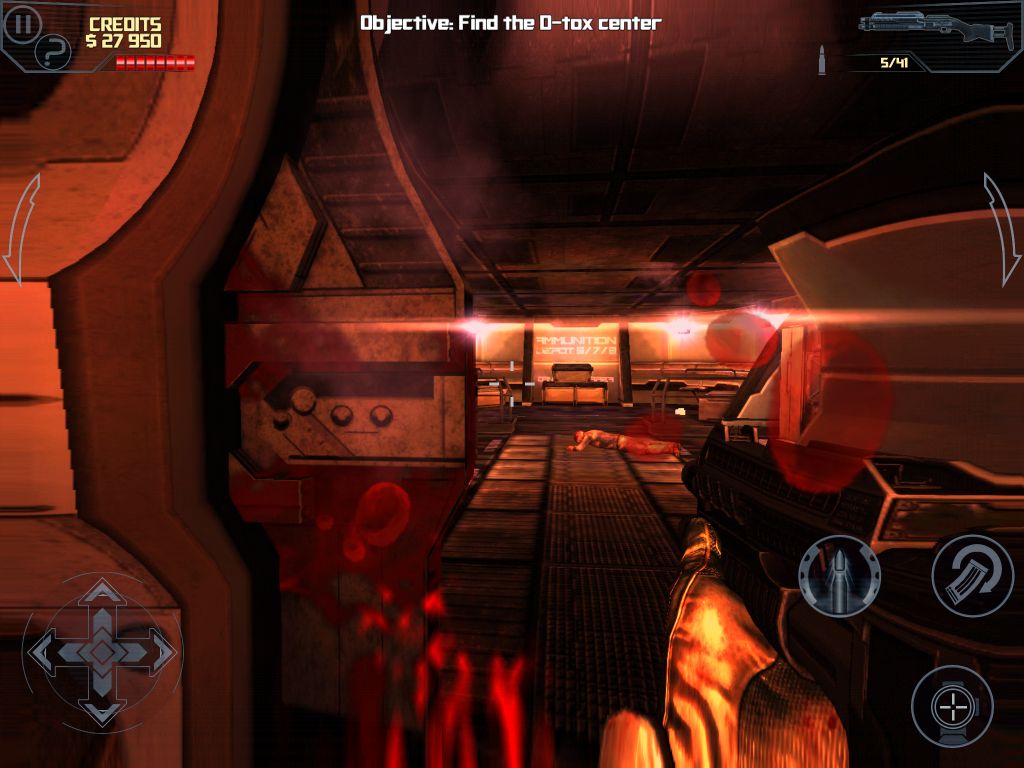 Well, this isn’t ominous at all

Gameplay
Dead Effect is a classic FPS style zombie game. Before the game begins, you are given a choice of two playable characters: Gunnar Davis and Jane Frey. This choice essentially alters the voice you will hear throughout the game, as well as the weapons you are given for free. The first level bequeaths unto you a high powered volt gun of unlimited ammo, which will serve as a backup should you run out of bullets. Progressing through the levels also nets you more weapons, dependant on your character choice. Gunnar collects a pistol and assault rifle, whilst Jane gains a revolver and shotgun. However, as you collect the money scattered throughout the ESS Meridian you can purchase stronger weapons, like the Juggernaut-T3000 shotgun. Which is awesome. Not too far into the game, you also receive the ability to slow down time, affectionately known as bullet time. This power, surprisingly, allows you to slow down your undead enemies whilst retaining full speed. This comes in pretty handy when a horde is marching towards you. The customisable button arrangement also allows you to place said ability for ideal panic positioning.

The game also includes an upgrade system, also fuelled by the money you collect. Before each mission, you are able to purchase upgrades for your weapons, increasing aspects such as damage, accuracy and reload speed. Ammunition may also be bought as it is fairly scarce within the levels, though running low tends to be the result of poor accuracy. Being a zombie game, there are various types of undead for you to fire at. The game begins with the normal, frail zombies. Though not particularly powerful, they still require a few bullets to kill, unless you get the almighty headshot. Amidst these, some zombies scramble on all fours, resulting in a faster target outside of your normal field of vision. Further down than this are the bifurcated torsos who claw at you from the ground. Certain points in the game also see boss zombies, such as the powerhouse known as Razer.

Or you could always ignore the plight of the Meridian and spend your time in Survival Mode, murdering zombies for as long as you so wish. 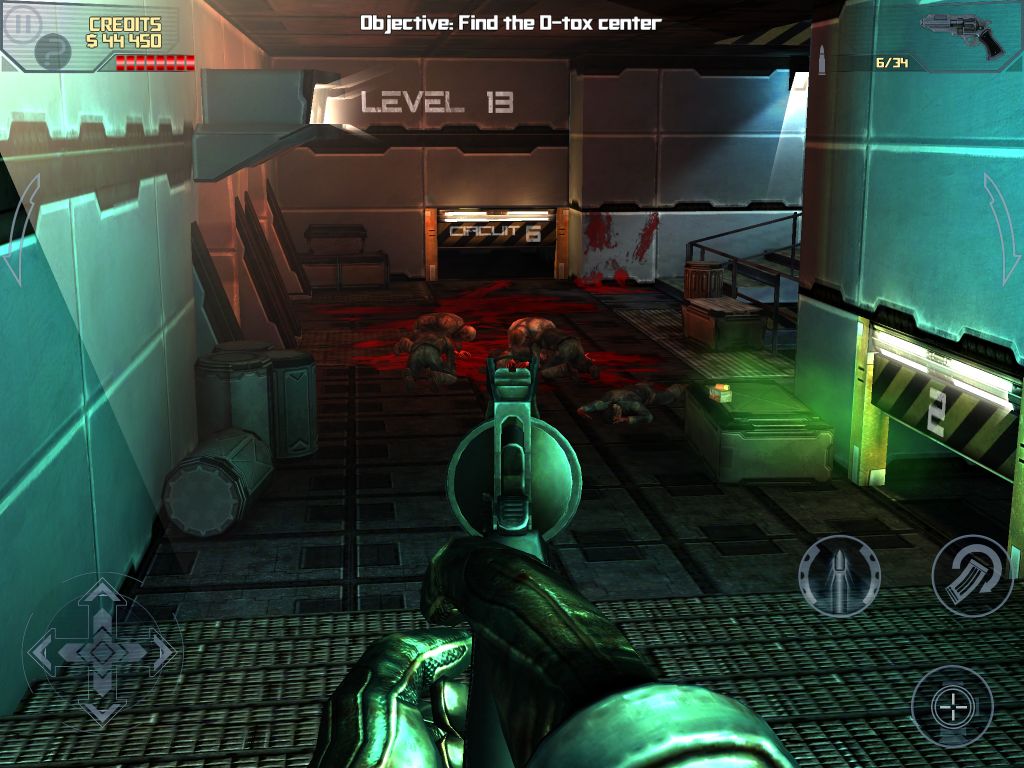 I swear they were like this when I got here

Visuals
The visuals of Dead Effect are great. The game features full 3D graphics, allowing for detailed characters and environments. Of the basic zombie types there are at least three visual variations, including poor civilian and unfortunate scientist. The more powerful zombies also possess their own models, such as the large, muscled zombie with a penchant for charging.

The environment itself is also well designed. Though some of the connecting hallways run the risk of being repetitive, yo’re never really in an area long enough to get bored. Plus there’s zombies to worry about. Blood is also spread across the various areas of the ship, adding to the mysterious atmosphere of terror. Blood will also splatter the screen as a handy, dandy reminder that you are under attack…or dead. Either way, you’ll know. 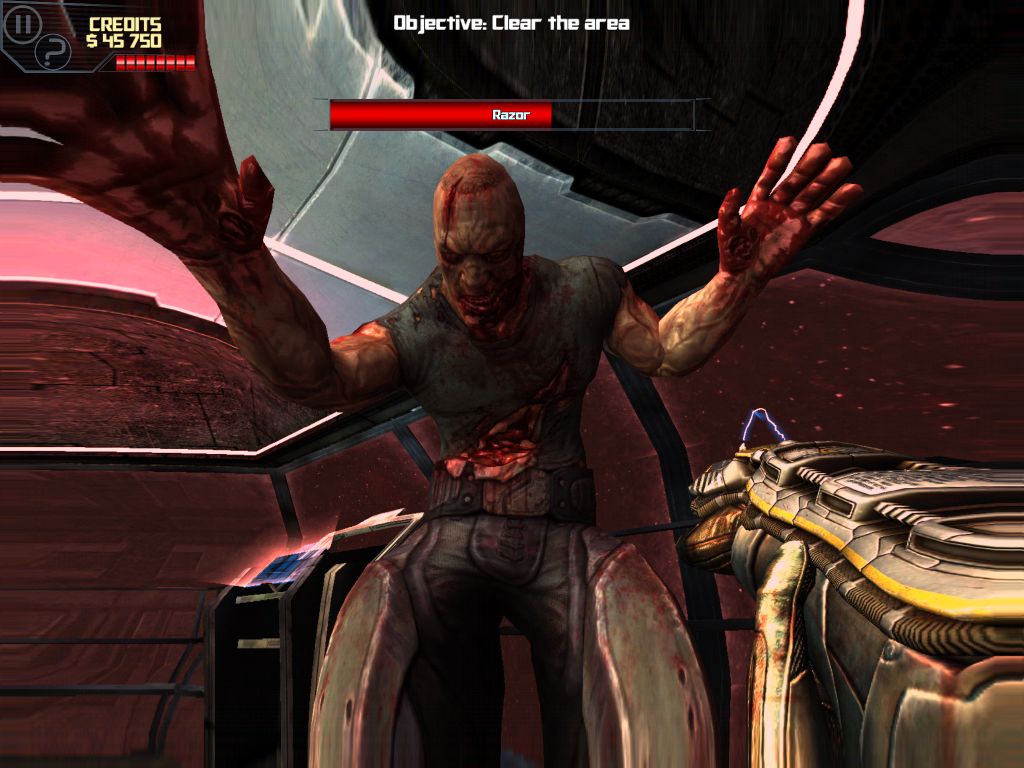 Audio
Creepy. I mean it is a game about the undead roaming the floors of a spaceship so that’s to be expected. A majority of the game’s atmosphere comes from the lack of a soundtrack. Whilst exploring the Meridian, an ominous quiet is created through the use of an occasionally broken silence. Having no soundtrack allows you to fully appreciate the creak of metal or even the hum of an engine. Oh yeah, apparently in space people can hear you scream. The silence of your horror filled journey may occasionally be broken by the ear piercing screams of a fellow passenger. This in turn means that you have no idea just how long the zombie you’ve been killing have actually been zombies. Regardless, when you hear the growls and roars of the undead, be on guard.

When you happen to run into these living-challenged creatures, the music ramps up quite significantly. From creaks and quiet to an action packed soundtrack that’s heavy on the bass. This adds a sense of intensity to the combat, complimenting the panic of fighting in such confined spaces.

The game also features full voice acting for the main characters, the ones who actually still possess the ability of speech. Though the voice acting is good, the character of Dr Wagner can sound pretty forced sometimes. He also happens to have a particularly strong European accent, which can get kind of stereotypical at points. 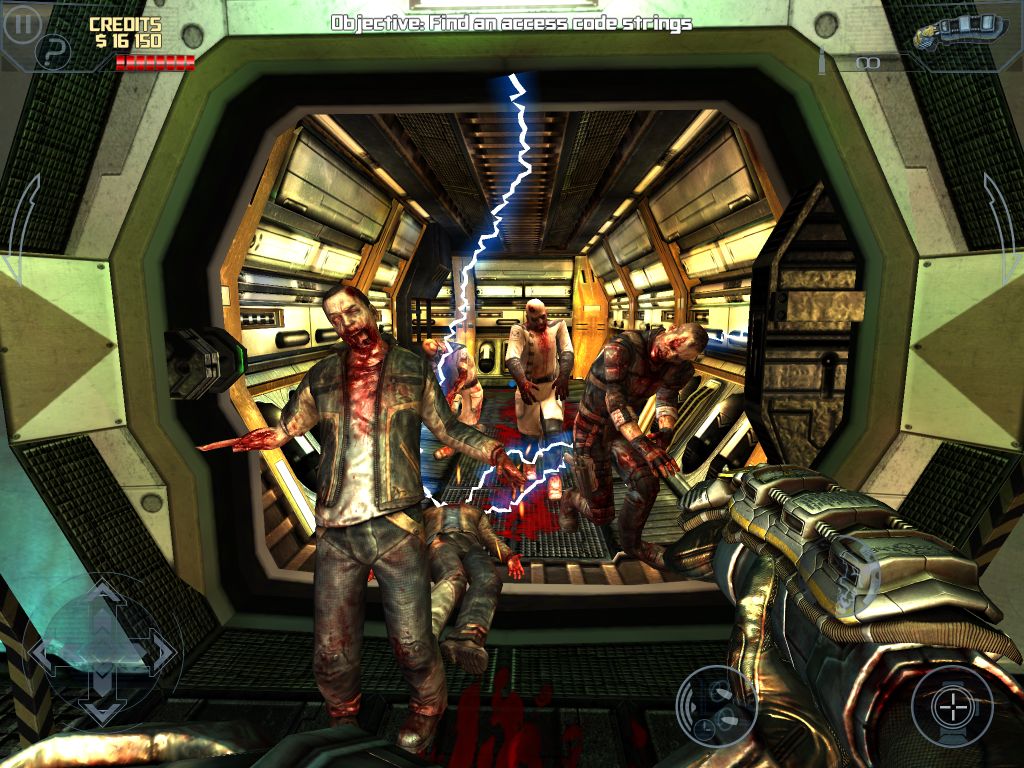 I’m in the hallway to hell!

Overall
Dead Effect is pretty awesome. It’s got zombies, you’re in space…well that’s pretty much it, but it’s still cool. The game provides you with options to upgrade, making you feel like you can improve as you continue onwards. The option to reorganise the controls also allows you to customise the screen to suit your playstyle, preventing any annoying layout ruining your experience. All in all, Dead Effect is a cool zombie FPS…even if Wagner does sound ridiculous.