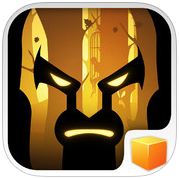 Overview
Forces of evil are just the worse. I mean there you are, just relaxing in your homeland, when a horde of dark creatures emerge from the shadows and infest the environment itself. Such a hassle. If only there was some kind of heroic knight close by. One who would barrel through the monstrous opposition, vowing to banish the invaders back to the darkness from which they came. Oh wait, there totally is. 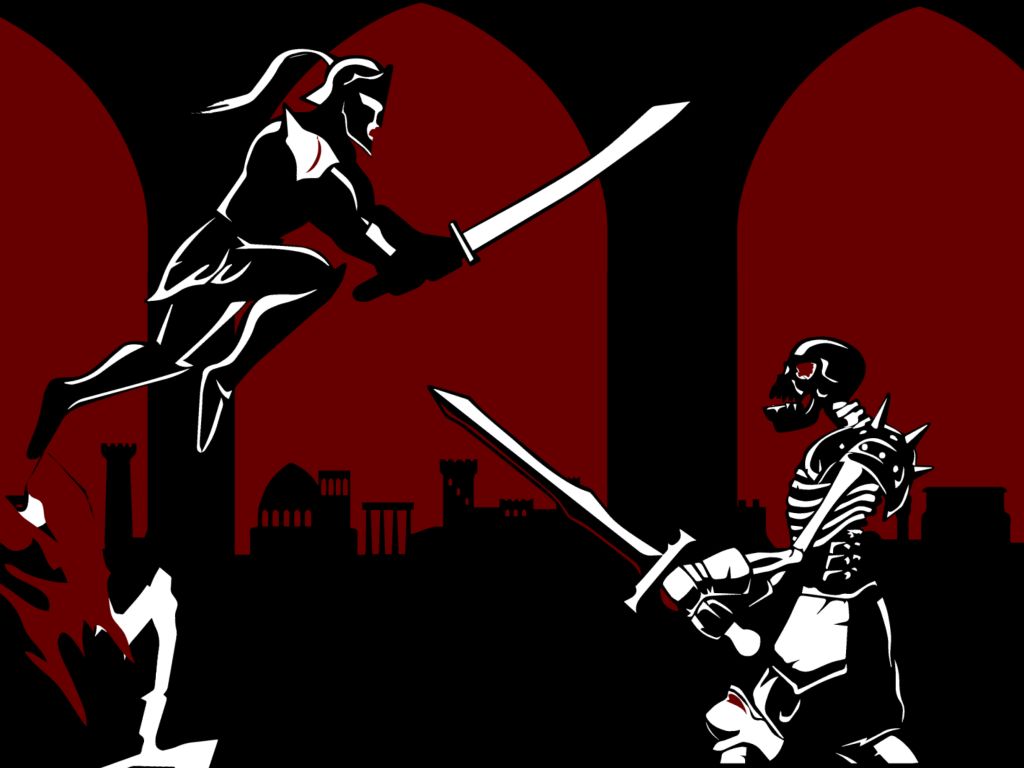 Hell’s heart I stab at thee!

Story
Dark Lands doesn’t so much possess a story, as it does the idea of one. Presented through a textless slideshow, we learn that dark creatures have invaded the land. As a brave knight, it is up to the protagonist to march across the land and destroy the evil force that has decimated his homeland. Whether or not the monsters brought the death traps with them is still up to conjecture though…maybe it was just already a really dangerous place to live.

Gameplay
Dark Land is centred around a concept that dictates how the game plays out: steady progression of difficulty. Assuming control of the player character (whom I shall dub Knight), you must push on through side scrolling locales that just love to beat their predecessors when it comes to challenge. Of course by challenge, I mean deadly, deadly death traps. Being that Knight’s default state is movement, you must aid the antsy hero and avoid said traps. The controls aren’t anything complicated, a simple swipe upwards will activate jump (with a second calling upon double jump) and a swipe downwards will instigate a power slide…that’s pretty much it movement wise. Told you it wasn’t anything complicated. However, Dark Lands takes a step beyond this runner style premise, by including an aspect that is central to a knight’s life: combat. 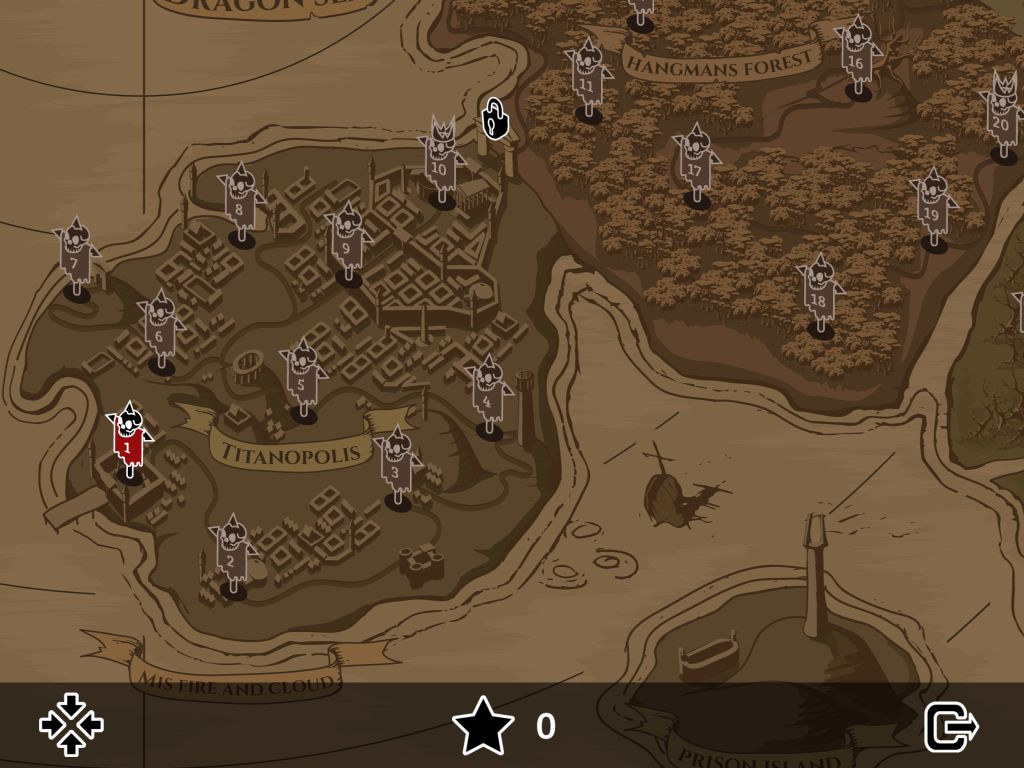 Know where to strike

Littering the path that leads to your victory, enemies will do whatever is in their power to halt your progress. Namely hitting you really hard with weapons. Keeping the flow of the movement system, combat can be undertaken by simply standing in front of a foe. IT is at this point that you may tap the screen to attack or hold it (with two fingers) in order to defend. Simple. Once you’ve got a handle on the controls, it’s just a matter of avoiding their strikes and counterattacking to cinch victory. However, be careful where you choose to fight, should an opponent attack from behind you’re pretty much out of luck. Also be careful when fighting near death traps, creatures have a tendency to slam you into them. Of course, this also works the other way around but still, be careful.

The game itself features two game modes: Survival and Adventure. Whilst both of these modes control the same, there are some minor variations in how the situations unfold. Adventure Mode focuses on the “story” of the game, throwing you into levels with a predetermined layout. These levels take roughly 1 minute to complete, though it may take you a few attempts to best some of the later ones. Survival Mode on the other hand, allows you to run continuously through one long randomly generated level to test your manoeuvrability and combat acumen. Regardless of which mode you play mode however, you will be given the opportunity to collect precious gems. As you’d expect, these form Dark Land’s currency, allowing you to buy a number of upgrades that will aid you immensely through the game. Seriously. You’ll need them. 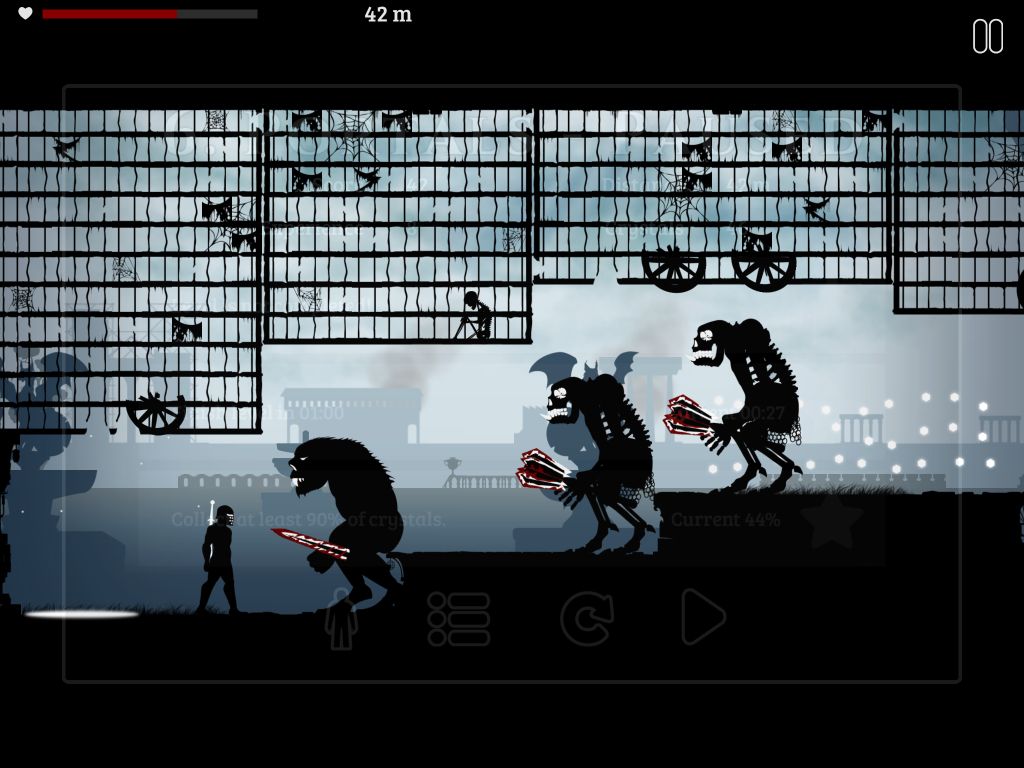 Visuals and Audio
In spite of its simplistic, monochromatic style, Dark Lands is a surprisingly beautiful game. The stark contrast of black and white in the foreground demands attention, keeping you focused on the action. It is also the absolute nature of these colours that allow the red of spilled blood to stand out. It’s pretty cool, in a gruesome way. The background of the game also serves to bolster this effect. Though aesthetically pleasing in its own right, the softer blend of lighter colours serves merely to create a backdrop for the foreground. The colour changes between each area were a nice touch however,providing a minor degree of variation within the simplistic visuals.

Owing to the rather simplistic style of its visuals, Dark Lands employs a soundtrack with a tremendous sense of drama. Heavy piano notes that resound consistently through the audio, provide a sense of fantastic wonder and violence, adding weight to a story left under explained. The accompaniment of violins also serves to add a shrill sense of danger to certain moments in the soundtrack, reminding you to stay on your toes. The characters themselve will also react to their torturous predicament with a number of guttural sounds. Combined with the ominous nature of the soundtrack and visual, it creates quite the environment. Although I will admit that the grunts of pain occasionally cross over into the realm of humour, especially when Knight ragdolls 10 meters into the air from stepping on a bear trap. It’s just so ridiculous. 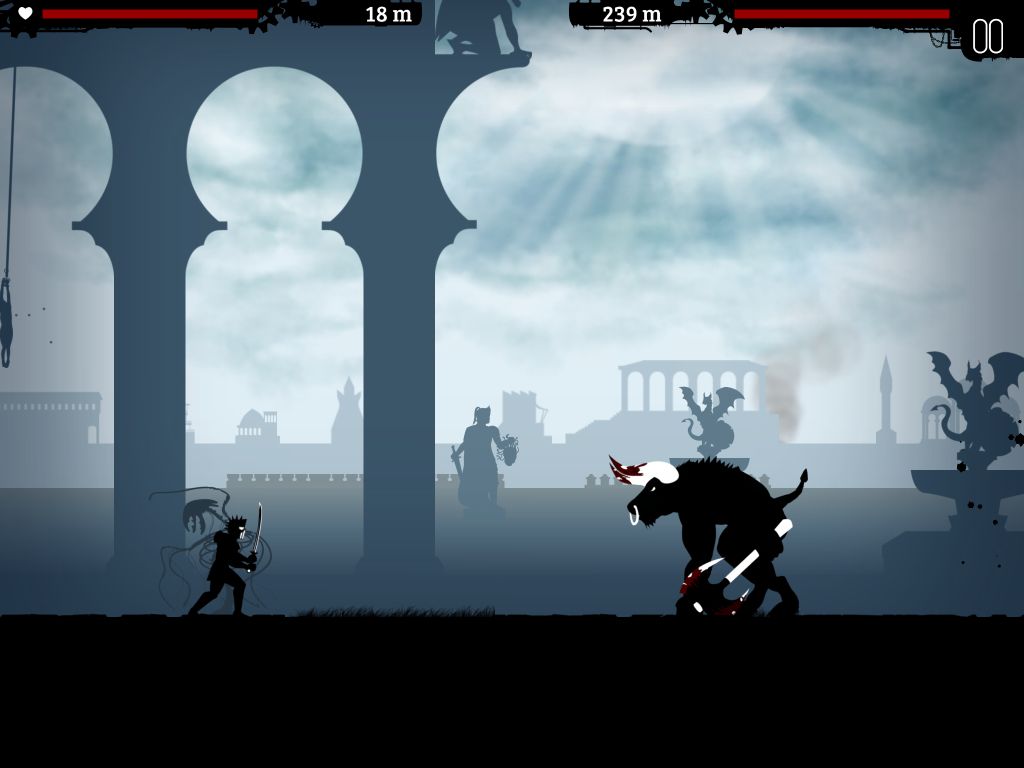 You mess with the Minotaur, you get the horns…and the axe

Overall
Dark Lands is a simple game, though this is by no means a bad thing. It knows what it wants to do and it does it. The inclusion of combat into a side scroller/runner style game serves to add a depth to the game that keeps attention longer than it would have without it. Adventure Mode’s brief levels also allow you to immediately retry if you fail, their short length meting a great deal of the frustration that arises from loss. That being said, there is a noticeable difficulty spike towards the end of the first Adventure Mode area. Whilst the game should become harder as it progresses, this sudden jump forces you to replay levels and purchase upgrades in order to proceed…unless you’re really talented and really patient. That first boss is a doozy. Regardless, Dark Lands is a beautifully simplistic game that will keep you coming back for more…if only out of spite from some creatures. Damn Minotaur…