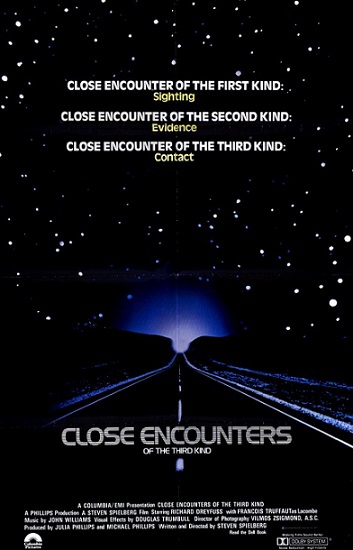 Steven Spielberg’s Close Encounters of the Third Kind is an interesting film that had a profound impact on the modern cultural landscape. One of its more groundbreaking concepts was the aliens not being warmongering beings from another galaxy but rather more curious and enigmatic (and also led me to Earth’s doom in Watch the Skies last year). It’s a film which I was in awe of when I first saw it many years ago, and I was curious to see whether the film would have the same effect on me.

The In the House screening was hosted by David ‘Quinny’ Quinn and Jason ‘Jabba’ Davis with their customary introduction to the film. Their discussion of the film’s trivia was as interesting as always, but a highlight for me was when they had a volunteer from the audience come up and teach us all the Curwen hand signs from the movie. I thought that was quite cool, and not something I’d have gotten from just a regular screening of the film. There was also a game of ‘heads’ or ‘tails’ with the whole audience with prizes being given out to the winners before the screening went underway. 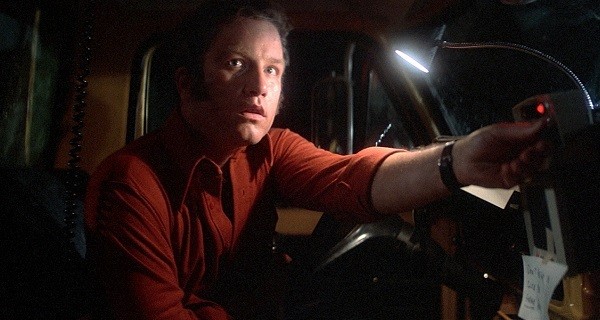 The narrative splits its focus across three points upon two individuals and a group of scientists. The first group we’re introduced to are Claude Lacombe and David Laughlin who are both UN experts investigating the strange, alien-related occurrences around the globe. Roy Neary is a quintessential working everyman who encounters and then becomes obsessed with UFOs. Our last protagonist is Jillian Guiler whose son becomes the focus of alien attention. These individuals all get drawn together in their mutual desire to meet with and find out more about the aliens.

With each of these protagonists, we see a story arc evolve and climax with varying degrees of depth. Roy gets the most onscreen time dedicated to his development from a normal person to a man on the brink of madness with his obsession. Jillian’s arc is much more constrained and we don’t really see her develop much as a character beyond being a mother. Claude and David receive even less development and their purpose throughout the story is largely to frame and explain the action in a very direct way. I feel that these latter storylines are quite weak in terms of their writing and that work could have been done to make them a bit more engaging.

One aspect I did find particularly interesting within the film’s narrative was the alien implantation of images into a brain. Roy and Jillian exhibit this implantation after their encounters and continuously replicate the image and shape of an unusual shape. This is particularly memorable in one scene where Roy, while eating dinner with his family, sculpts the shape in mashed potatoes while his sons and wife look on in horror. It’s an interesting science fiction concept and I commend Spielberg for presenting this concept to us completely without dialogue. 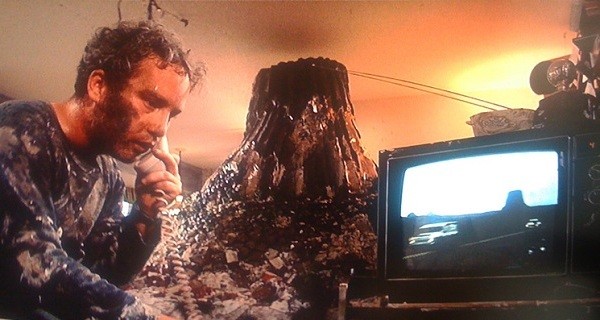 The action and themes of Close Encounters is difficult to pin down. There are moments, in typical Spielberg fashion, which has the tone of the film presenting the encounters with the aliens as something wonderous and exciting. At others the film gets a much darker tone with the visitors taking on a more sinister tone as they go about their business on Earth. This ultimately climaxes in one scene where they effectively terrorise Jillian and kidnap her child. It’s eclectic and creates a nuance to the presence of these aliens which isn’t purely ‘good’ or ‘evil’ but more in line with enigmatic and inscrutable… which can be frightening in and of itself. Although the aliens are barely ever on the screen, their presence is felt throughout.

I feel that these failings might have been the result of the tumultuous writing process behind the film itself. Although the original script was based on something which Spielberg had written in his teenage years, it went through a number of drafts at the hands of many different writers. This might certainly explain the dramatic shifts in tone between some scenes. Although I do prefer the eclectic tone that this creates in the film, some of might find that it lacks focus. 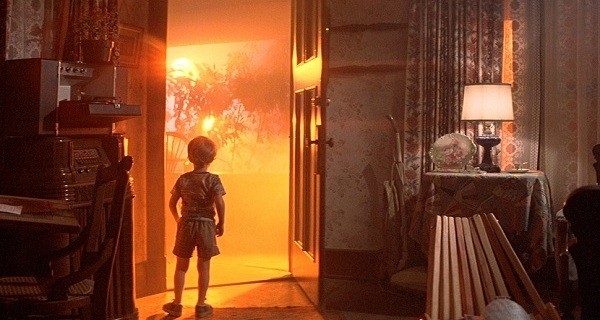 Spielberg’s direction is suitably creative with his composition of scenes and shots. The scenes with the aliens in particular are suitably otherworldly and claustrophobic. By comparison, the rest of scenes are somewhat slow but they serve the purpose of building. This ultimately climaxes spectacularly at the end of the film in a scene which is both unsettling and uplifting.

The special effects in this film have not aged well unfortunately. I can imagine that when it was first released, this film broke ground but at this point a modern audience used to CGI effects will probably not be too impressed. That being said, the design of the ships themselves are creative and vibrant with their movement being suitably otherwordly. Even though the effects aren’t cutting edge anymore, I don’t think it would be too hard for anyone in particular to suspend disbelief for the duration of the film. That being said, if there’s anyone reading this who has seen a real UFO and would like to point out what the film got wrong; be my guest. 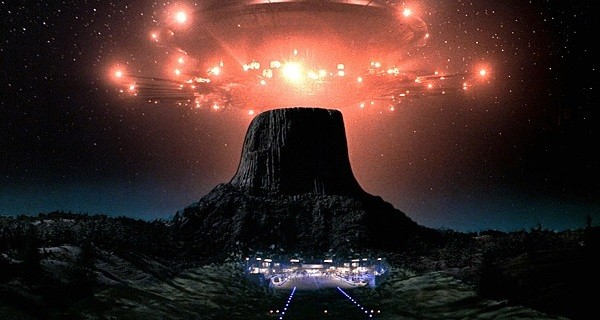 One cannot talk about Close Encounters without mentioning the film’s sound design. Produced by John Williams (Jaws, Raiders of the Lost Ark), the score matches the visuals beat for beat whether following a UFO chase or heightening the horror of an abduction. It provides a reinforcer of tension within the film with its focus on strings in the orchestra (much like Jaws). The film’s central five tones (which are a message from the aliens to us) is also sufficiently simple but pleasant enough to become a bit of an ear worm. It’s not all that surprising to hear that the film’s soundtrack album charted briefly in the US. Kudos. 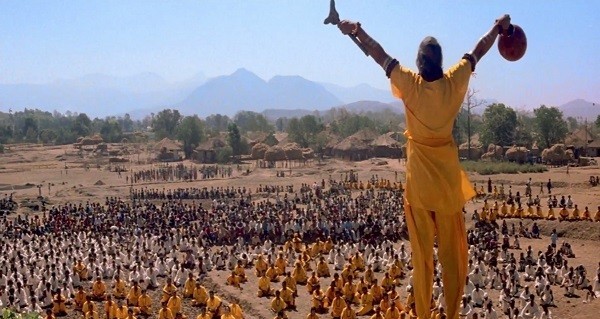 Overall, I found this film to be enjoyable and worthy of the praise and accolades it has garnered. Its story is somewhat eclectic but captivating as we slowly the mystery of the aliens. The visuals effects are dated, but still create beautiful shots worthy of an artist like Spielberg. The sound design is amazing and gives us a soundtrack which will survive through the decades. It’s interesting for its nuanced portrayal of alien visitors as both frightening and wondrous. This a movie which will dazzle most audiences, although it might be a bit too frightening for kids. It’s a movie which will stay with us for a long time… at least until we do finally encounter aliens and realise that Independence Day got it right.