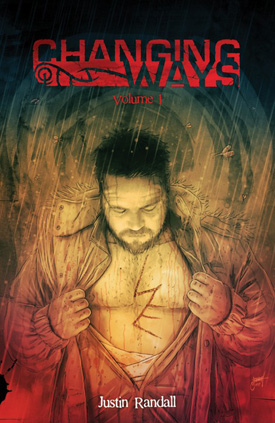 In my time here, I have sort of carved out a niche for myself; mostly dealing with family-friendly games and books, so every once in a while it is an absolute treat to get to read something that makes my spine shiver and my skin crawl. Changing Ways: Book 1, by the incredibly talented Justin Randall not only accomplishes that desire I (and a lot of other people) have to be terrified, mortified and absolutely gripped, but does so with such intensity that it is impossible to put down. The tragic tale of Dave Barrot and his wife and daughter are expertly told with a story that will have you glued to the page, and artwork that deserves to be hung in a museum somewhere. 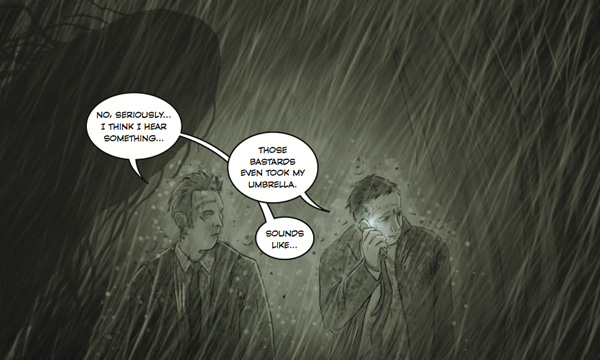 Changing Ways follows the story of Dave Barrot, his wife Lucy and their daughter Jessie. The book opens with a great atmospheric scene where Dave is narrating that he hardly ever sleeps, and when he does he has nightmares. Immediately the tone of the book is set, and we as readers can get a sense of this troubled individual. It isn’t until much later in the book that we find out what has been the cause of Dave’s restless nights, but when we do, certain occurrences through the story begin to make a whole lot more sense.

Dave and his daughter have been collecting insects that each have a strange red mark on their body, and we soon find out that Dave himself has a similar mark carved into his chest (That is kind of a spoiler, but it is on the front cover of the book so i’m not giving away too much here). Without much explanation as to what these marking are or where they come from, the people of the little town of Grey Oaks start acting strange. Neighbours are becoming violent and cannibalistic, while the Barrots discover they have superpowers. 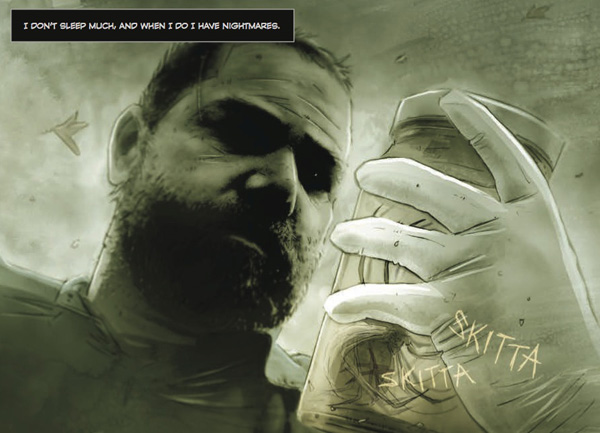 When a neighbor’s dog, marked with another strange red symbol bursts through the window and savagely threatens his family, Dave holds it off until its owner shows up. Unfortuntately he too is marked, and the altercation quickly becomes lethal. With his family’s safety being his top priority, Dave rushes them out of town to a little hotel, hoping that will be the end of the craziness for the night. Sadly, it is only the beginning.

The story takes place over one incredibly bad night for the Barrots, and occasionally jumps back a few hours to show what was happening to a particular character at a particular point in time. In this way, the book feels like it is telling two intertwined stories, each with their own protagonist; Dave and Lucy, and each tied together by their daughter Jessie.

Changing Ways was a book I had to read twice, for two very important yet vastly different reasons. Firstly, since the story jumps around a bit and it can be a bit difficult to keep track of when and where certain events are happening, secondly and more importantly the book is just that good that I needed to go back immediately after I finished it and read it once more. The second reading adds a bit of clarity to the story, and you can scan through and find a few hidden nuances that you might have missed the first time. 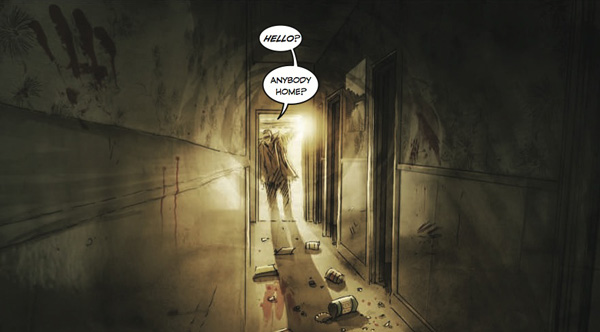 Simply put, the artwork in this book is phenomenal. The way that Randall has drawn his world is so unique, so lifelike and so gorgeous to look at, even in its most tense moments. It is the kind of work that you wouldn’t be surprised to see hanging in an exhibit somewhere. The characters all look like photographs were taken, and then edited through Photoshop. Randall has managed to capture life and realism in his characters.

I think almost everyone at some stage in their lives was afraid of the dark, even if it was just for one night after watching a particularly scary film, or for a few months of a childhood. There is something about being unable to see everything that is happening around us that makes our mind race with possibilities, many of which are good. It is this sense of inbuilt fear and the ability for our minds to race uncontrollably that makes Changing Ways’ art style work so well.

Many of the panels in Changing Ways are set in high-shadow areas, or at the very least have large segments darkened out so that you can’t see what’s around every corner. Your mind is constantly racing about the things you can’t see to the point that it absolutely sucks you in. The use of rain throughout the book also accomplish this, as it obscures things in a different manner.

Changing Ways is visceral, raw, emotional and impossible to put down. As your mind fills in the blanks that were intentionally left in the artwork, and the story unfolds over this dark and scary night for the Barrots, you will be hooked. By the end of book 1, the story of Dave Barrot is far from over, and readers will be absolutely dying to read more. With its dark and dare I say frightening art style, and its short, sweet bursts of dialogue, fans of the horror and thriller genres, or those just looking for a book that is impossible to put down, will have no excuse to not pick up this must-read.