I’m a simple man. I see “cat” in a title, I’m already interested. When it comes to games, that has not served me well so far. I can thank Greenlight’s quality check for that (or lack of any, to be honest). Asset flips, low effort games, broken games – most of them found a way to desecrate the holy order of felinity. Yet, every once in a while, we get a game that manages to save face for all the virtual cats out there. Cat Quest manages to do a lot of things right while keeping it all simple. Not to mention ridiculously cute.

A relaxing fishing trip with your sister is interrupted by an evil cat antagonist (catagonist?) Drakoth who steals your sister, destroys the boat and throws you into the water. That last part is especially devastating if you’re a cat. Later you find yourself stranded in a world of Felingard and meet your new companion Spirry (think of him as a less annoying version of Navi from Legend of Zelda). Now you’re all set for a brand new mewenture! 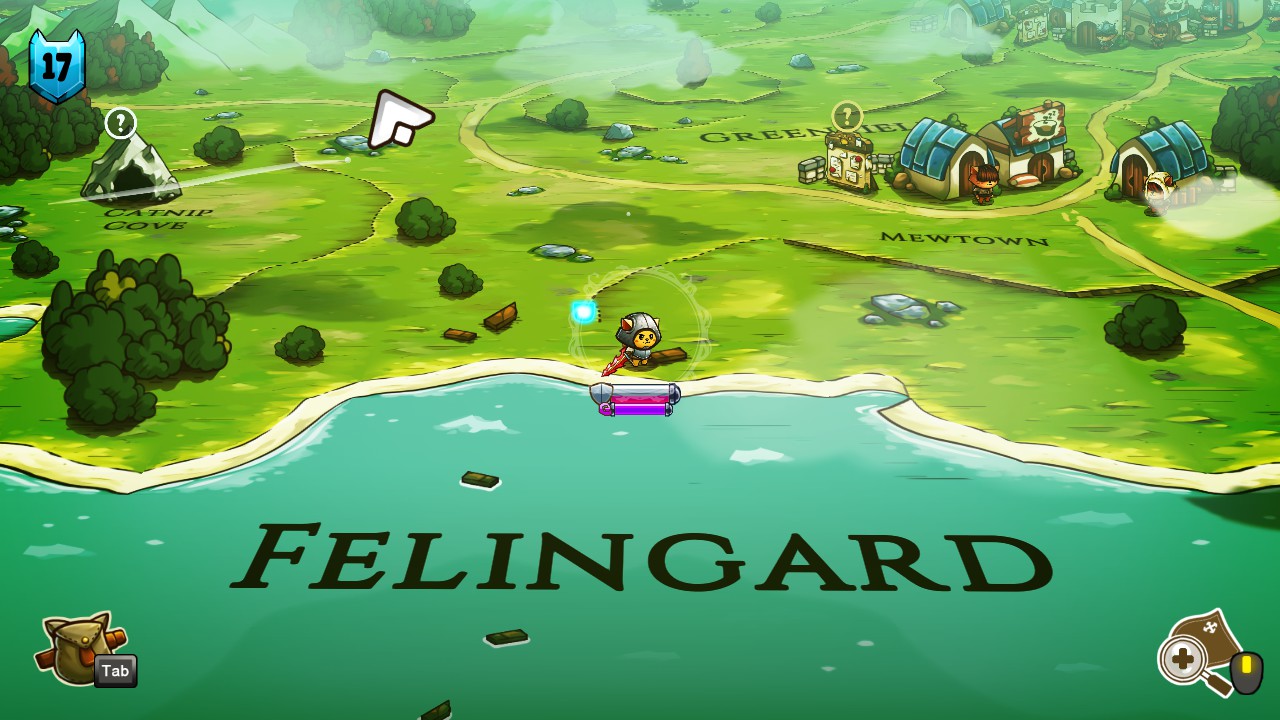 Yes, a mewenture. The game is rich with cat puns but also play on words with real world locations, pop culture references and parodying a couple of things from Skyrim here and there.  Now, see that first screenshot above? The first time I took control of the game I figured it is a static type map so I clicked on the first nearby location. But to my amazement, the catracter (cat + character, original pun, do not steal!) swung his sword and I realized the world map is alive and interactive with me and everything else in it!

On our way to slay some dragons, defeat Drakoth and save our sister in the end, there are plenty of hurdles we must jump over in the process. In this cases, hurdles would be gaining a lot of experience, new equipment and weapons. There are two ways we can go on about it – slaying random monsters on the world map and solving side quests. The first approach is something I wouldn’t recommend. The more you wander away into the unknown, higher the chance you’ll stumble upon some overpowered monsters who will kill you in one hit. Patience and not rushing is the key here. Also, solving the average side quests will give you enough exp that you would earn otherwise by fighting random monsters for half an hour. Speaking of fights, Cat Quest has simple and exciting combat mechanic at the same time. All battles are done real time where you can cast spells while slashing them with your sword. Evading attacks by rolling is important too, since enemies won’t just stand there while you’re picking them off one by one. Their attack range and time is represented by a growing red circle underneath them, so you’ll know when it is the best moment to roll away to safety. 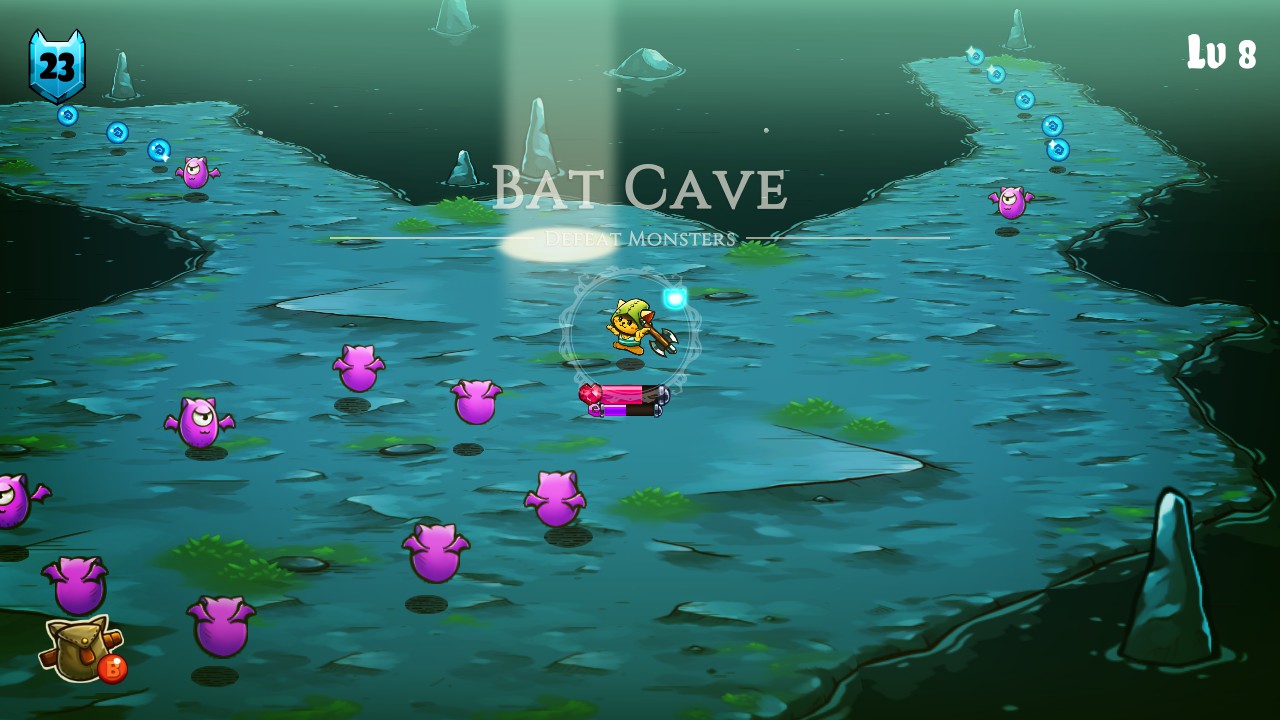 If there is one word to describe Cat Quest with, it is the most obvious one: cute. Everything is cute. The monsters, the world map, even the equipment you put on your hero. I spent way too much time dressing up that kitty to balance between good & cute equipment I could put on him. Something simple as watching you kitty skipping around while running is strangely fulfilling. One thing that felt (and looked) monotonous is something you’d expect from most of the RPGs by now. The dungeons. After you pillage through a few, you start to see repeating visuals. At least you won’t spend too much time in them unless some side quest sends you there. 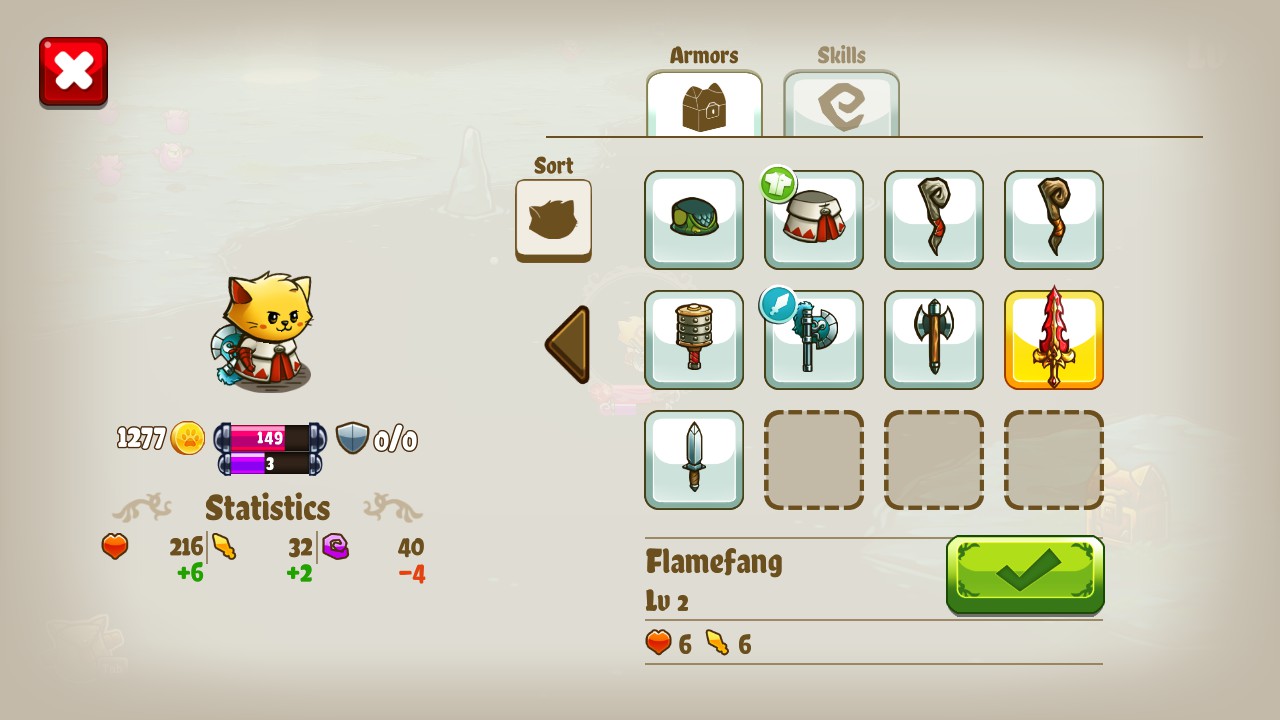 As for the music, it’s only there if you stop and look for it. Not much to find, though. One repeating audio background as you explore the world, a different tunes when you’re on a side quest or in a dungeon and that’s pretty much it. Nothing on that front that will stand out but at least it keeps the game from being completely mute. It is a shame since Cat Quest is a type of game that’s just begging for a memorable soundtrack. 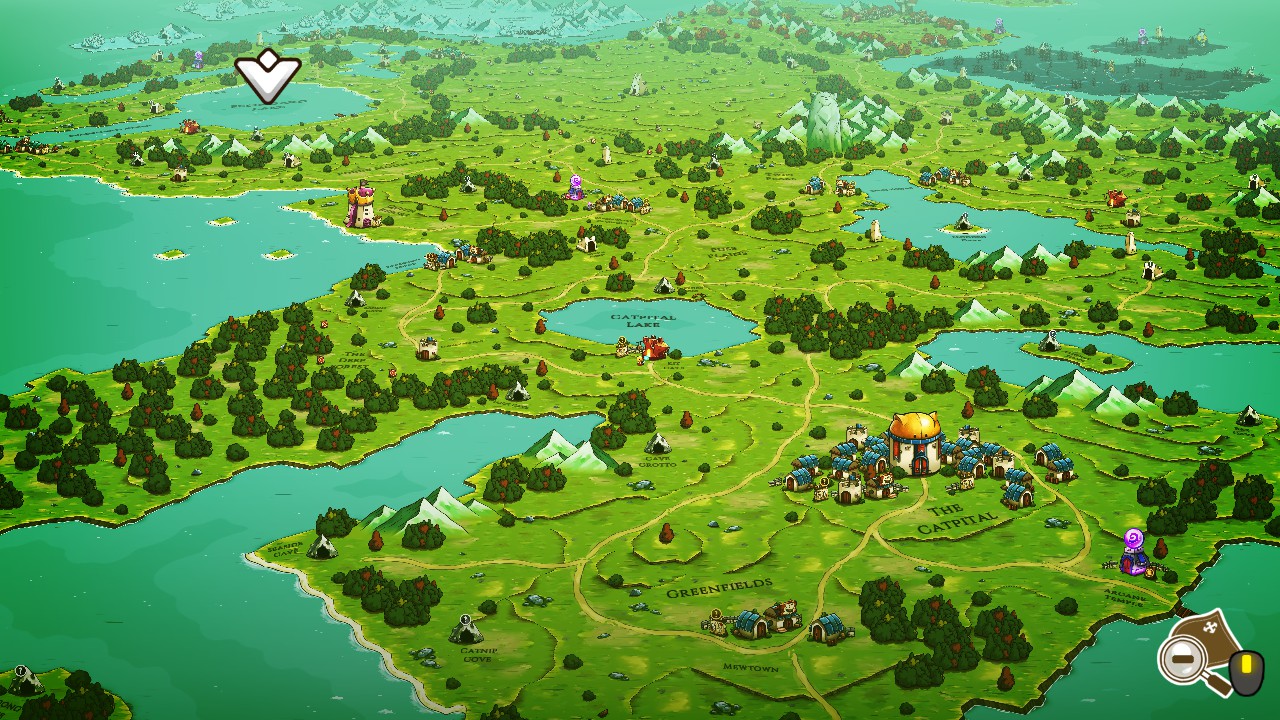 There is a whole lot of content to be found behind this deceptively simple game. With over 50 dungeons to explore and 60 side quests to solve, it’s sure to keep you occupied for a while. Most of the work in the game went into an adorable art style and a meticulously crafted world and it shows on every skippity step you take. It has my honest recommendation for the sheer amount of cuteness and cat puns (what can I say, I’m weak to those).

Putting a whole lot of cat puns is a sure way to make any game interesting, but in a case of Cat Quest, it's only a bonus to its incredibly engaging gameplay.
7.5