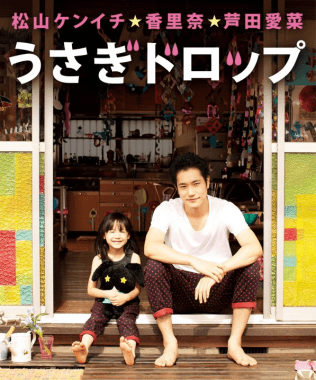 Overview:
Bunny Drop is a story that I am personally very familiar with, having reviewed the anime series earlier this year and read the manga upon which both that series and this film our based upon. So going into this film I knew what I would be getting, but nothing could have prepared me for what was to come. Not only does the film stand on it’s own, but it also takes the tale of a man becoming a surrogate father in a refreshing and surprising new direction. While the anime and manga both have their own messages about growing up and love respectively, this however is a film about sacrifices and the people that make them worth it. 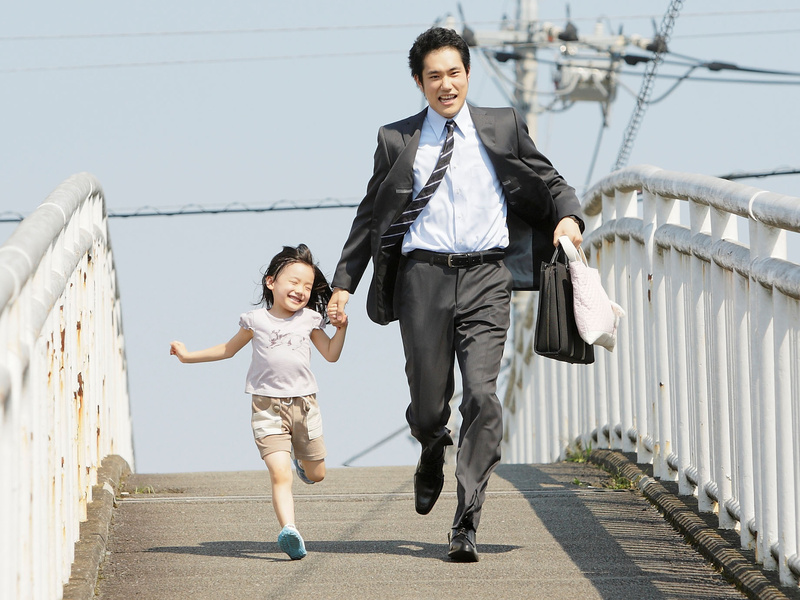 Story:
We all make sacrifices in our lives, some greater than others. But the sacrifice that Daikichi makes is a great one. He takes on his grandfather’s illegitimate daughter as his own(which technically makes her his aunt) at the cost of his life pretty much being turned on it’s head in just about every aspect. He becomes fascinated with little Rin from the moment he sees her, she is quiet and distant and ultimately alone. It’s clear that Daikichi feels a kinship of some kind with her, and with his snap decision to take her on, is one not out of pity, but more out of empathy. Daikichi understands loneliness and in Rin his finds a way for them both to feel complete.

As the film progresses we follow them as they grow closer to one another and we witness the way they both effect each others lives. Rin slowly evolves from the quiet little girl to the outgoing and thoughtful girl she becomes by films end. Daikichi similarly evolves. He had been living an isolated bog standard life, buried under monotonous routine with no real direction. In Rin, Daikichi finds purpose, something he so desperately needed. Everything that he has to give up in order to care for Rin is worth it, because she fulfills that emptiness inside of him, he needs her just as much as she needs him.

By the time the film reaches it’s final stretch, we see the pay-off for all the build up, in the excellent climactic arc in which the lengths of Daikichi’s love for and dependence upon Rin combust in heart-pounding glory. It’s a sequence that Kenichi Matsuyama owns in what is an overall tour de force performance from the accomplished actor. 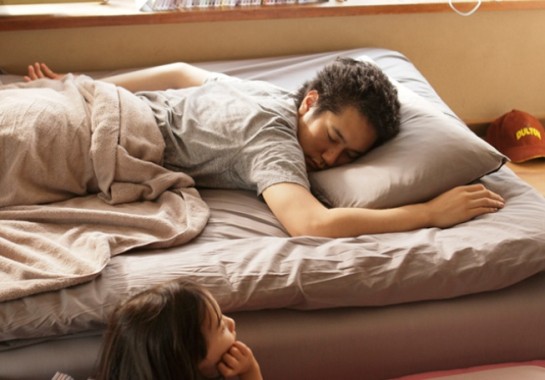 The cast are all great here, but of course the stand outs are Kenichi Matsuyama and Mana Ashida. The chemistry between the two of them is electric and any scene with the two interacting is deadset captivating. The way that they bounce off of one another is just so engaging and it’s clear that Ashida has major star written all over her once she comes of age. Her connection with Matsuyama as Daikichi feels very genuine and it’s easy to slip away into this world, because the cast does such a believable job here.

The scene in which Rin asks Daikichi if he will die, is truly powerful and is the height of the Matsuyama and Ashida’s downright jaw-dropping performances and one that really drives home the films message about what sacrifices mean to us. To Daikichi, he is giving up a part of his life in order to fill a void in Rin’s life. She is still coming to grips with the loss of her biological father, the man she barely knew, but loved fiercely. Daikichi tells her in one of the most touching moments in a film full of touching moments that their grandpa won’t ever die as long she never forgets him, he will always be in her heart. It would be cheesy in any other actors hands but Matsuyama and Ashida make it a genuinely powerful moment founded upon honest human emotion.

Not only is the film touching but it’s also got enough comedy to it that it balances itself between sorrow and bliss in the heartwarming territory. I was genuinely moved by this film both by it’s emotional beats and it’s warmer moments. It’s a touching film that wears it’s heart on it’s sleeve and I wouldn’t want it any other way. 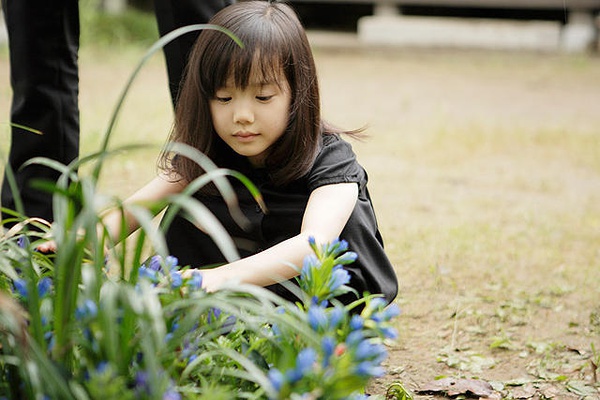 Visuals and Audio:
The film is shot beautifully, with a lot of creative cinematography at play. There are great emphasis shots used at key moments that really drive home the emotion, especially within the eyes of little Rin (god that kid can act!). One thing that stands out visually about the film is the visual flair of some of the set pieces, particularly Daikichi’s house and the nursery, both of which are vibrant and brimming with life in each and every colour. Besides those set pieces, there are a lot of beautiful landscapes used, the urban sprawl and the rice fields on the road to the grandfather’s home being the most memorable for it’s representation of the disconnect between both worlds that Daikichi lingers between.

The soundtrack of this film, much like it’s aesthetics is enthralling. The repeated incidental music that plays during Daikichi’s dream sequences was great and by the 3rd time it played it was enough to elicit a reaction at what was to come. Also worth noting is the brilliant theme song, which was used by the anime series as an ending theme. It’s catchy and is an uplifting track to say the very least. 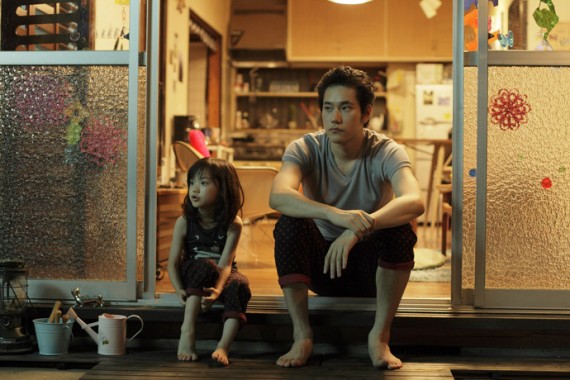 Overall:
From start to finish, Bunny Drop is a film with purpose propelled by a warm gooey heart at it’s core. If the rousing applause in the cinema following the film’s conclusion was any indication, this is a film that will resonate with you long after viewing. If you have ever made a sacrifice for a purpose bigger than yourself, this film will touch you, move you and to quote it’s theme song, make you happy. Bunny Drop is not just a film, it’s an experience, one that I won’t soon forget.