Putting aside the history of the series and its recent Kickstarter rebirth, the most vital thing to bear in mind going into any review of this game is that Broken Sword 5 is currently an unfinished tale. Serpent’s Curse has been split into two parts, with the finale set to be released in January 2014. Even though the asking price for the game covers both episodes, reviewing it now still feels like judging a three course meal when the main course has only just hit the table.

Broken Sword 5 is currently available on PC, Mac, and Linux, but is due for release on the PlayStation Vita before the year is out, and will also see the light of day on iOS and Android sometime in 2014. 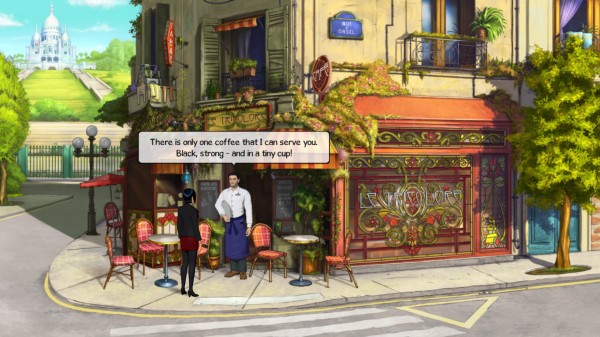 The story begins in Paris, where Broken Sword headliners George and Nico find themselves reunited at an art exhibition. Joining them is gallery owner Henri, oily art critic Hector Laine, and a Dominican priest by the name of Father Simeon. The plot moves into motion when a thief crashes into the gallery, making off with one of the paintings and killing have a go hero Henri. Although the painting seems of little significance to George and Nico, both have a vested interest in finding out what happened: George works for the insurers of the exhibition and journalist Nico has the promise of a front page story if she can get to the bottom of the theft.

There are some great supporting characters in The Serpent’s Curse, from Cockney gardeners with a penchant for topiary to a wonderfully cynical French waiter. Fans of the series will also be pleased to see some old characters returning, with Lady Piermont and Sergeant Moue both making an appearance. George is still a likeable and gently funny protagonist, taking up the majority of the screen time whilst Nico is largely there to distract people and give George someone to talk to- an imbalance that will hopefully be remedied in part two. 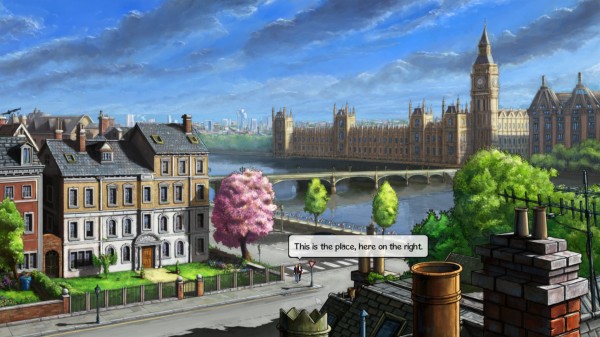 The humor saunters along in a fairly low key fashion, drawing the best of its comedy from the banter between the characters. George’s inner monologue and reactions are good for a smirk too. The whole game exudes a very safe kind of charm, and is at heart warm and welcoming.

As the two pursue the painting and uncover its history there are plenty of revelations and dramatic incidents to drive things along, with a bit of globe trotting thrown in for good measure. Whilst the theft, murder and associated dodgy dealings are interesting to uncover, there is the sense that they don’t really matter in comparison to the more supernatural element of the plotline.

Where previous Broken Sword games dabbled with the Templar mythology, Serpent’s Curse picks up the Gnostics as its religious fringe group of choice. Sadly the threads of the Gnostic plotline only begin to come to a head as the episode draws to a close, making Episode 1 feel a little lonesome without its climactic brother.

The Serpent’s Curse returns the Broken Sword franchise to its point and click roots, utilising a simple interface that allows the usual selection of examine, use, and talk. Mouse work takes care of all movement, with the inventory accessed through a corner hugging suitcase. Everything works perfectly and there are no awkward moments with screen transitions or object interaction. 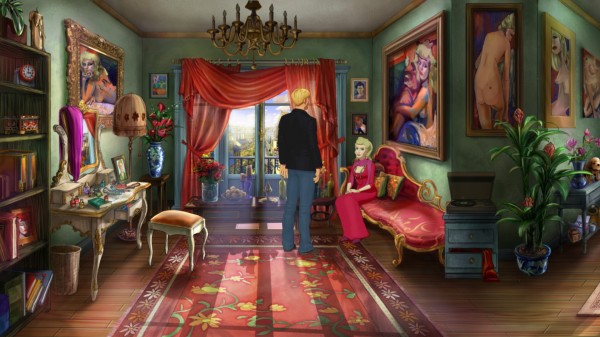 Not so old school however, is the relative lack of difficulty. Whilst there are a couple of head-scratchers most of the puzzles are pretty simple, with little to send well traveled point and clickers googleward. The way the game handles plot progression means that only relevant locations are accessible, and if a puzzle doesn’t require items from elsewhere then you’re simply stopped from leaving until it is solved, leaving little mystery if you do happen to come stuck.

Broken Sword 5 features some utterly gorgeous hand painted backgrounds- picking out screenshots for this review was a very lengthy process! Whether it’s a Parisian street or a florist’s shop bursting with blooms, the environment work in Broken Sword 5 is a delight. Paris and London are full of vibrant colours and lush landscapes, with the artwork brought to life by the clever use of light. 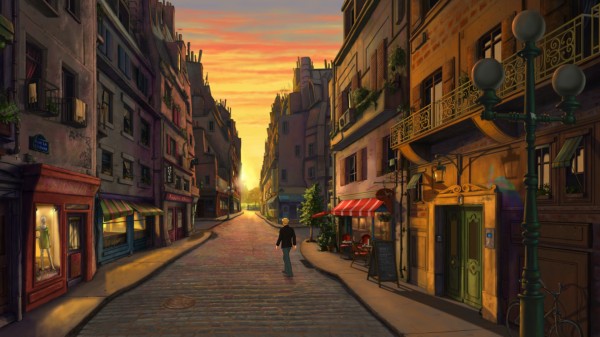 All the characters are cell shaded 3D models, and whilst some of the movement animations are a little clunky there is a nice level of expression in their faces that can add to some of the comedic moments. Voice acting throughout is strong, with side characters efficiently brought to life. Nico does feel a bit flat at times, but given that George carries the majority of the game with his warmth and wit it’s not overly noticeable.

The music is a largely subdued concoction of strings and piano that mellows or comes to life with the action on screen. As well as the background tracks there is a pop tune that plays a minor part in the story, and it’s actually a pretty plausible creation that is catchy enough to stick in your head.

Broken Sword 5 is off to a good start. The plot is intriguing, the artwork is beautiful, and George and Nico have a good selection of supporting characters helping them on their way. The return to a more classic point and click style along with the successful Kickstarter campaign has hopefully reinvigorated the series, but whether this is a good or a great game can only be judged come January, when Episode 2 is released.

Given a great climax and a few trickier puzzles, The Serpent’s Curse could quite easily find itself in nine out of ten territory. For now Episode 1 doesn’t quite stand on its own as a great adventure, but that won’t stop fans of the series from enjoying it. Returning to that three course meal analogy, The Serpent’s Curse Episode 1 is a tantalising appetiser.