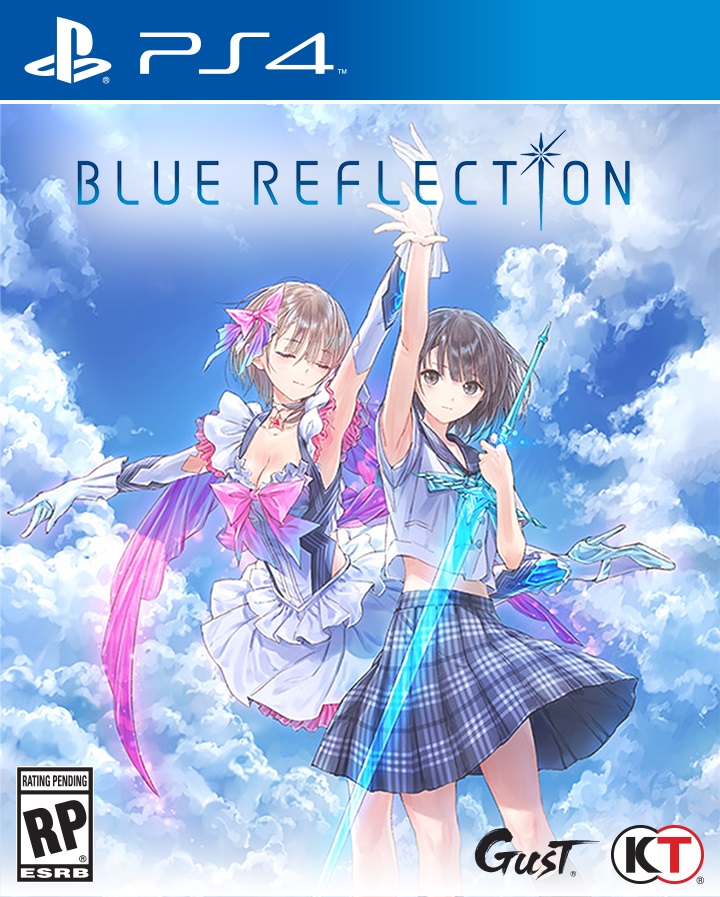 Entering high school is generally a difficult time for a teenager. Not only is the pressure to think about your future at an all-time high but certain people already expect you to act like an adult and leave childhood behind. Combine this with psychological changes that many go through as they mature and you can have numerous problems, which is why so high school is one of the most commonly used settings in Japanese media. Blue Reflection happens to be the latest game to try its hand at tackling a high school life but this time it does so a bit differently. Does that make this JRPG worth your time?

Hinako Shirai has always dreamed of being a world class ballet dancer and thanks to her constant practice, she was well on her way to achieving her dream. At least she would have if not for an accident damaged her knee enough that she could no longer dance, though apparently navigating a school with multiple stories is still quite easy for her. Devastated that her life goal has crumbled away, Hinako was left with little hope for the future to the point that she ended up attending a brand new all-girls high school called Hoshinomiya. 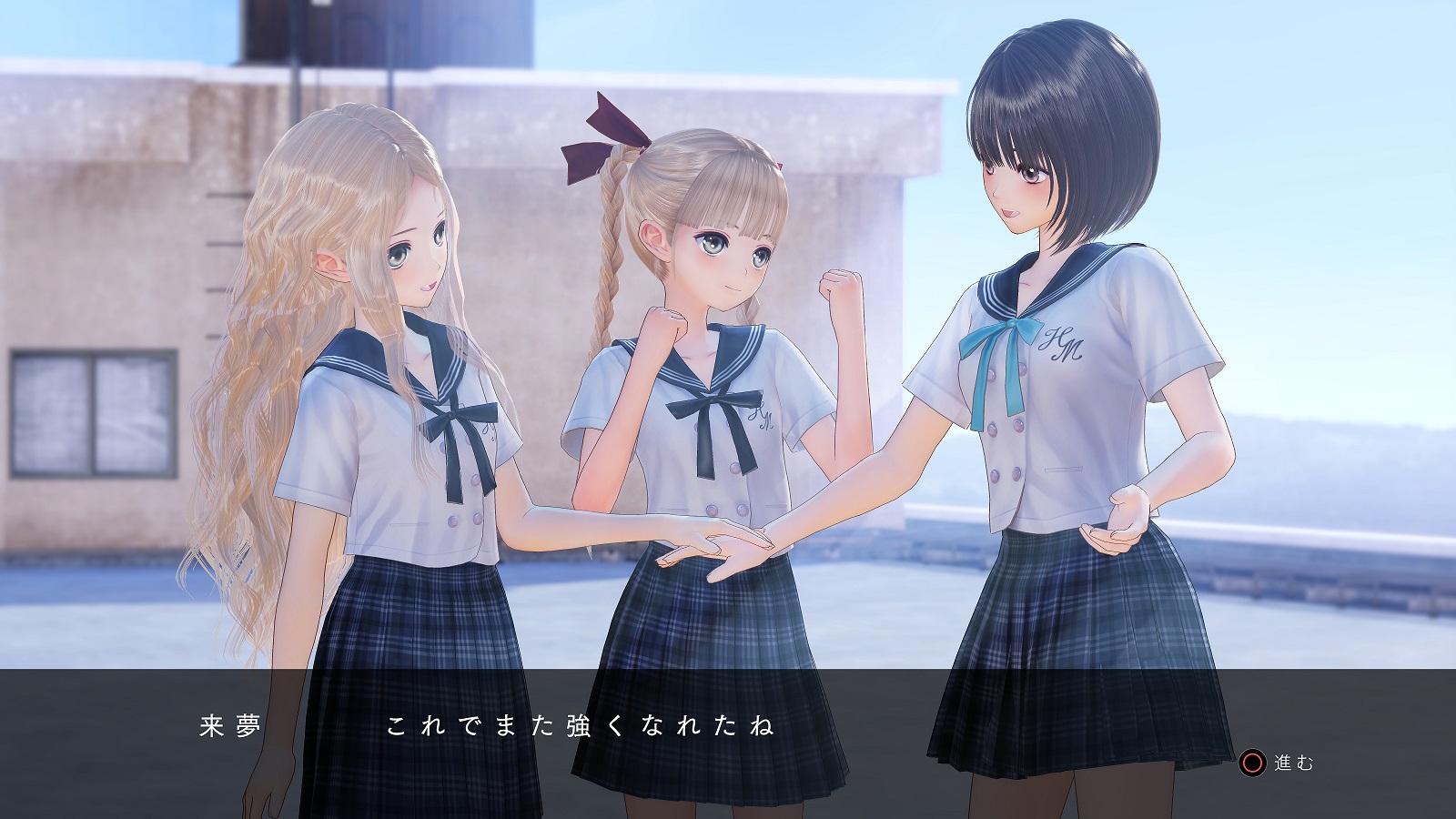 It doesn’t take long though for Hinako to end up seeing someone who recognizes her from middle-school but that is when things get strange. As she speaks with this cheerful girl a strange aura appears around her, forcing Hinako into an alternate reality where not only the world around them is different but her leg injury is non-existant. All isn’t great though as a strange creature begins to attack her, but with the help of two mysterious voices Hinako transforms into a magical girl and slays the creature only to be transported back to the normal world as if nothing had happened.

All becomes a bit clearer as she meets with fellow class mates Yuzu and Lime who nickname her Hina and explain to her that they, as well as Hina now, are known as Reflectors. These people are capable of entering into a different layer of reality called the Common which is formed by the collective minds of humanity. Here the Reflectors battle against various creatures and against powerful foes known as Sephirot that can bring destruction to the normal world if left unchecked. They can also help quell the emotions of those around them when they begin to run wild and lead them towards death by gathering fragments of their emotions and help understand the owner better, allowing them to grow closer together as friends and allies. As an added benefit for Hina, Yuzu and Lime state that if she manages to put a stop to the Sephirot completely then her greatest wish may just be granted. 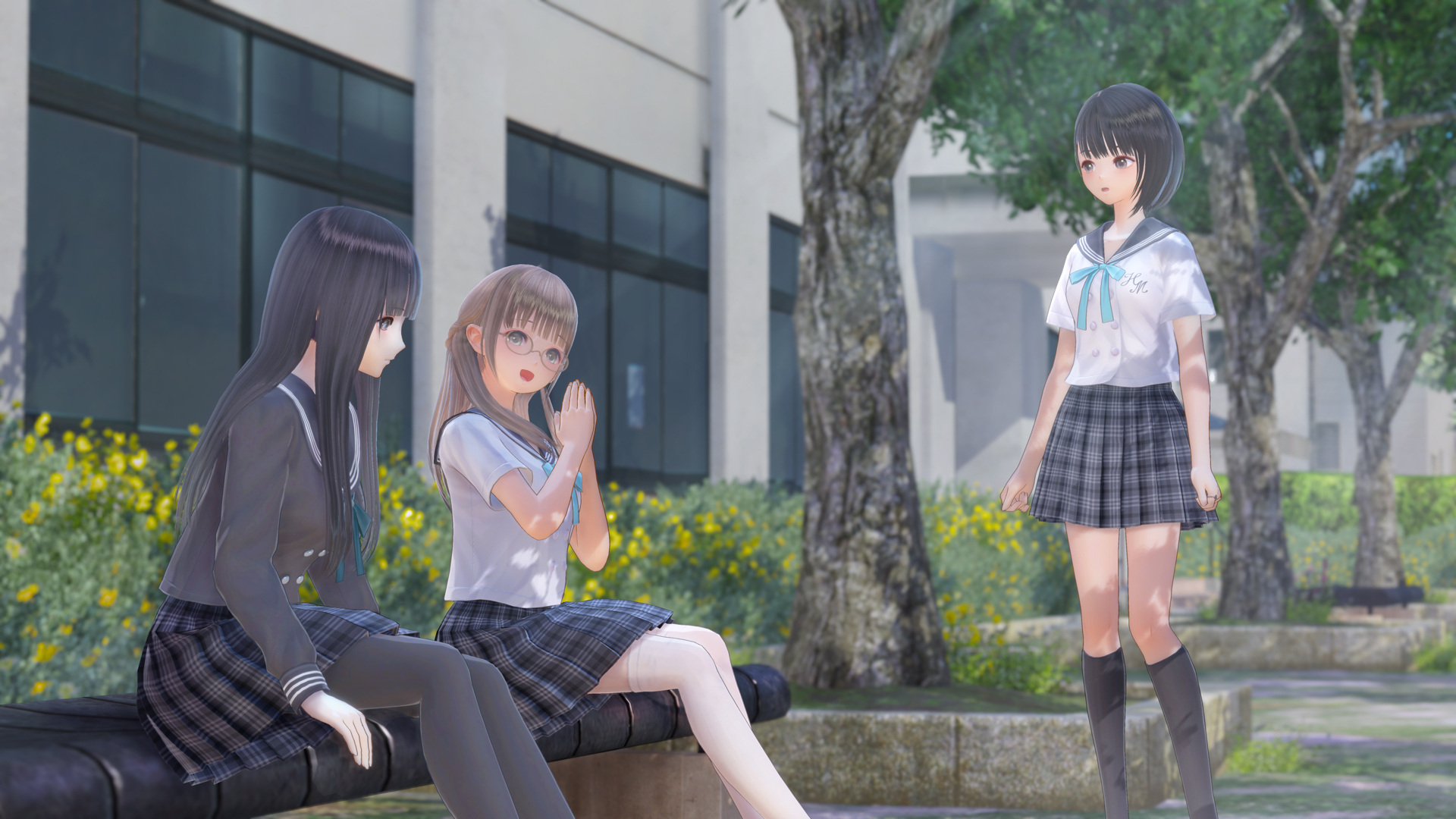 The way that the story is designed happens to be one of the greatest strengths of Blue Reflection. Players will interact with their fellow classmates during their free time to help develop Hina’s relationships with the rest of the girls. Thanks to the wide array of girls you will meet and the issues that they are dealing with there are quite a few developments here that may strike a chord with players who struggled with certain issues as they grew up and thankfully these issues are, for the most part, handled well as Hina tries to help others and grows as a person.

That being said, don’t expect too many major twists to be thrown your way as you make your way through the game. Certain developments are a bit unexpected but for the most part there are plenty of standard magical girl clichés worked into the game and in a few ways this even works into the gameplay elements as well as certain abilities and powering up requires friendship, not fighting, to grow as a person.

In many ways Blue Reflection draws upon certain other titles that feature a clear split between worlds where the characters will battle in one and interact with characters in another. In the normal world Hina can travel around the school and talk with her fellow classmates and teachers, purchase items from the school store, go out with friends to see a movie or eat out, and of course just take it easy if she feels like. There are even little apps such as FreeSpace that allows for extra communication with the characters and a fun little pet-raising mini-game app to sink time into as well. This allows for the school side of things to be the main driving force for at least character development since new events are revealed as your friendship meter is raised with each girl. 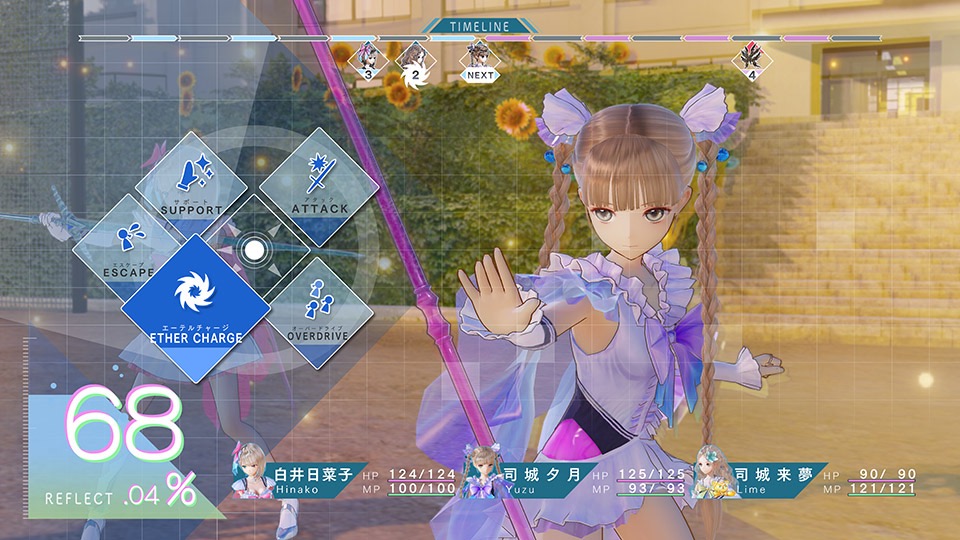 On the other side of things we have the Common, where Hina, Lime, and Yuzu will enter into their magical girl forms and do battle against the creatures that exist there. It is worth noting that players will only ever play with these three as the main fighters though other girls do become available as assists that will provide various boosts as you make your way through the game. In the Common enemies roam around the open field and can be attacked ahead of time for advantage and once combat is entered you will take part in a turn based combat system that relies on character stats and delaying skills to push back your opponents’ turn on the timeline.

The combat is handled fairly typically with the girls all having unique support skills, special attacks, and if your “Reflect” gauge happens to be full then you can perform two actions in the same move. These are the basics of combat as it is fairly easy to learn and manage, to the point that playing on normal difficulty left almost every battle being a complete breeze. It is worth noting that even exploring the Common will leave you with very little to see as most of the areas tend to be rather small. That being said, the items you can find from fights and exploring the Common can be used to enhance one of the few ways to strengthen the girls. 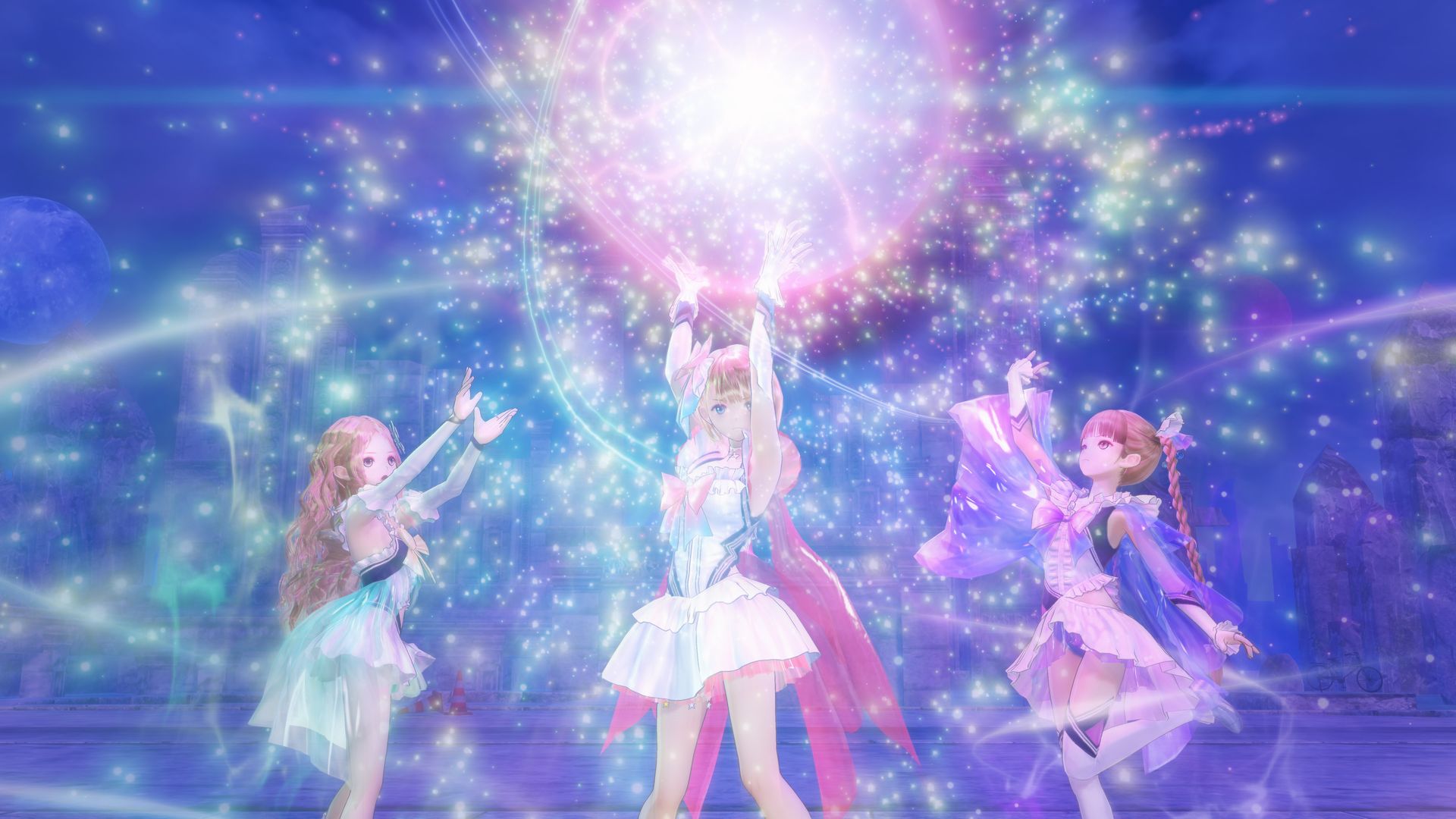 What does allow for a unique experience comes in the form of how the Reflectors power up. One element comes from the “Fragments” of emotions that the girls obtain in the Common when clearing up the troubles of their classmates. These can be equipped to the girls to enhance skills and provide various passive effects in combat. The other happens to be the way the girls actually get stronger. Rather than earning experience points from fighting the girls will instead be given ability points when they complete certain tasks. This can be applied to attributes such as Attack, Defense, Support, and Technique and players are even shown ahead of time what skills girls will learn when their points are distributed in certain ways.

One of the best elements in Blue Reflection is just how gorgeous this game looks due in part to the art style the developers have implemented into the game. The art is unmistakably like some of Gust’s classic works with the characters being highly detailed when they enter combat in their magical girl uniforms and the simple character designs that straddle the anime line that is used for school segments. This works well considering the high amount of cutscenes that are worked into the game as they are all handled with a cinematic style that allows for players to feel like they are watching a character drama and this is handled perfectly. In fact, even the user interface for combat and enhancing your characters in the real world is wonderfully designed. 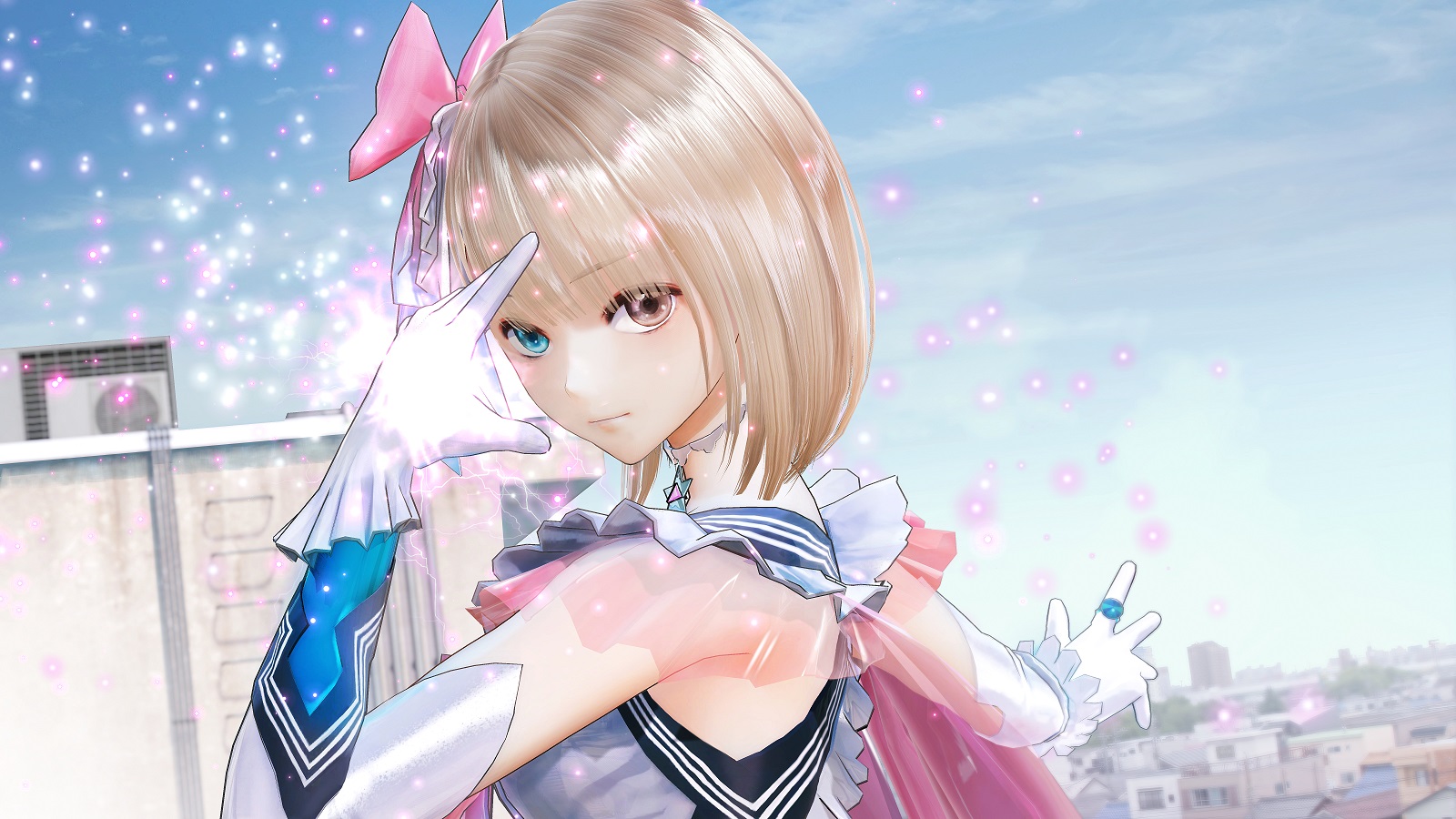 It is worth noting that thanks to Blue Reflection only featuring Japanese voice work that the game is subtitled only and unfortunately the translation work is a bit rough. The meaning of the work is conveyed just fine but it definitely needed to be combed over a bit more as numerous sentences just end up sounding completely wrong and even a few misspellings appear here and there. At one point Lime’s name is even translated as Raimu rather than the localization that the company had went for up to that point.

The voice acting is kept as Japanese only but this is for the best as the heavily Japanese aesthetic would seem a bit odd when paired with English voice actors and thankfully the Japanese cast handles their roles well. The soundtrack is another element that is exceptionally well done as there never seemed to be a song that was out of place whether it was taking part in a boss battle, exploring the school, or relaxing with Hina’s friends.

Blue Reflection can be said to be one of Gust’s best looking games in some time thanks to the soft color palette and chosen art style, pair that with an easy to understand combat system that is, unfortunately, a bit too easy to breeze past and you have a game with a fairly predictable storyline that happens to be filled with great character moments.  Though it still is a bit rough in certain areas, JRPG fans looking for something a bit different will find Blue Reflection to be a fairly simple and enjoyable experience

Blue Reflection brings some unique elements to the RPG world and features plenty of great character moments built around a beautiful looking game that is held back a bit by it’s by the books story and easy combat.
7.5