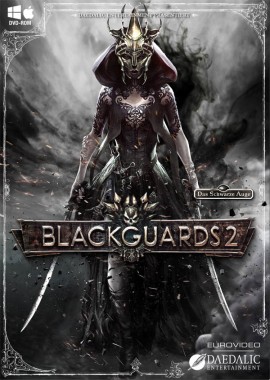 Blackguards 2 is returning to Mengbilla. After the events of Blackguards, Cassia of Tanos is on a quest to take overthrown Marwan off the Shark Throne and take it for herself. The game is based on the popular The Dark Eye pen and paper RPG game, using both the ruleset and the campaign world.

Cassia of Tanos has been tossed into the dungeons underneath the arena by her husband Marwan. There, she faces death or madness at the hands of the spiders that inhabit the maze like dungeon. Her years of imprisonment leaves her permanently scarred and slightly insane, with only a book and the spiders to keep her company. After her escape, Cassia pledges to destroy her husband by taking the Shark Throne from him before she kills him. 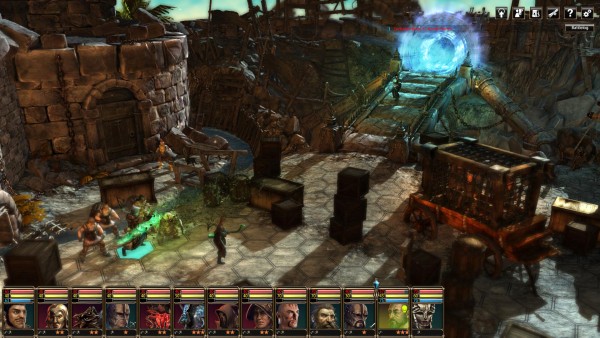 First, Cassia recruits the three surviving gladiators from Blackguards. Takate, Naurim, and Zurbaran have gone their own ways since their adventure, becoming lazy and allowing their battle skills to dull. Next, she frees the bloodthirsty mercenaries who have been imprisoned for their brutal ways. Now, with a growing army of capable fighters, she marches on the Shark Throne, knocking out the Creators on her way to Marwan.

Players who did not play the first game or have forgotten the plot will not feel too out of place. Blackguards 2 is a self-contained story that is enjoyable on its own. The plot is pretty standard, but definitely continuing on Blackguard’s dark and adult-oriented theme. I found the plot to be like a nice shade of paint for the walls. Interesting enough to accent the game, but too bland to be memorable. The game’s plot is forwarded through conversations between battles and some light narration before the fight. The interactions are well written, but there is little room for serious character development which contributes to the plot’s blandness. 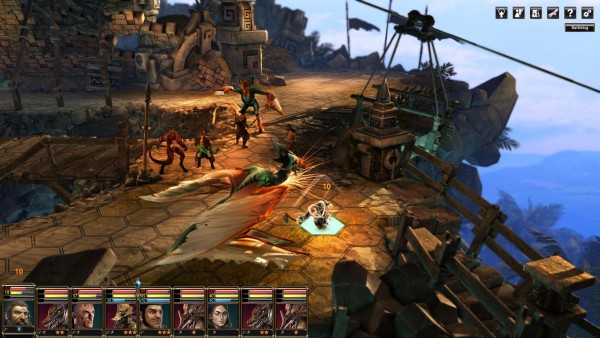 Blackguards 2 is a tactical RPG first and foremost. Combat takes place on a hex grid map that will be instantly familiar to pen and paper RPG players that use miniatures in their campaigns.  Combat has not changed much since Blackguards, as combat runs using The Dark Eye ruleset. For North American RPG gamers, The Dark Eye may not be familiar, but it is actually the most popular RPG system in Germany. In North America, The Dark Eye has always been eclipsed by the likes of Dungeons & Dragons.

The game does not work on a true class system. All characters can theoretically learn every skill, special ability, and magic spell in the game if there was enough AP. Since AP is only awarded after a battle, there is a cap on how much AP can be earned in one game, so players will only have real flexibility with Cassia’s skills. It is simply too expensive to change the “class” of one of the three gladiators, as they come with a decent amount of AP already invested. It won’t be a huge hassle for most players, but power gamers or those particularly against a certain class type may find it annoying. 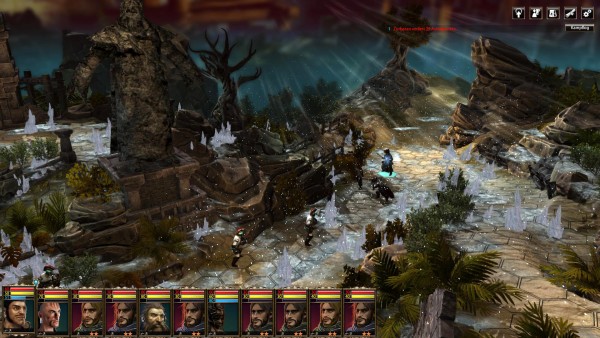 The battles have a good range of difficulty. Certain fights can be made easier based on successful interrogation of prisoners and purchasing intelligence from the beggar who spies for Cassia. After every three attacks, Marwan will send his forces out to retake lost territory. This addition to Blackguards 2 sounds a lot more impressive on paper than it is in real life. It is simply an extra battle where players will need to wipe out the enemy. Using a hero in the defense will lock him out from the next battle and losing the battle will require players to retake the territory. Because its objective is no different from most battles in Blackguards 2, these defense battles feel more like filler than actual content.

The combat is decent. It is obvious that Blackguards 2 is using a tried and tested rule set. The character stats are complicated enough to provide depth, but simple enough to understand so that new players are not overwhelmed. Success is heavily reliant on good character placement and controlling the battlefield. 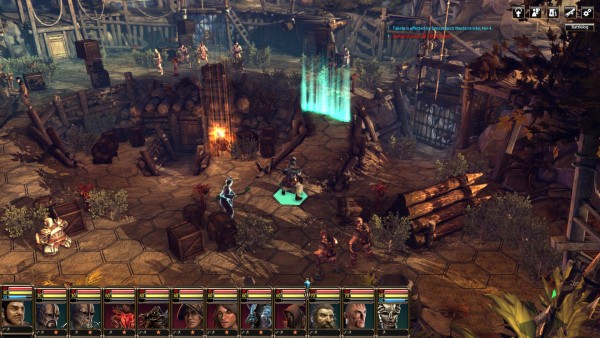 There is a little more to do between battles now. Beyond spending AP on new skills and purchasing new gear for your characters, players can now interrogate prisoners. Based on a prisoner’s behaviour, Cassia will choose one of three options to gain the psychological upper hand. If successful, players will get a small bonus, such as extra intelligence for an upcoming fight. It is a nice little distraction between fights, but a small one in the greater picture.

Blackguards 2 has the exact same controls from Blackguards, for better or for worse. Players control characters in combat using a ring of actions, some which can be placed on the hot bar. Unfortunately, some of the most irritating parts of Blackguards’ controls are still present. For the most part, the game responds to players clicking the hex they want to interact with, instead of the character they want to interact with. It feels a little unnatural, but the real trouble begins when there is something like debris blocking the hex. The debris blocks the click from being registered, leaving the player to find some small uncovered part of the hex to interact with.

Blackguards 2 has solid visuals. The models and textures are well done and the UI is well organized. The game ran without a hitch in my testing. 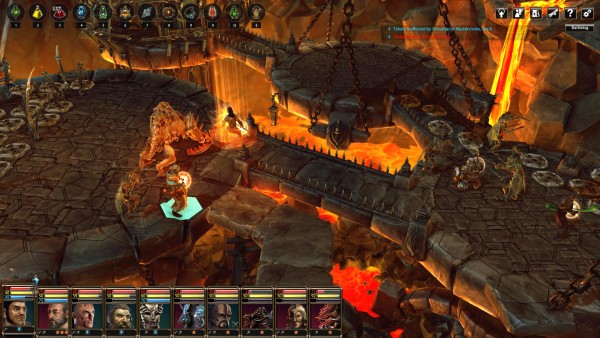 Blackguards 2 has an excellent cast of voice actors that could easily match AAA titles on the market. The entire game is has full voice acting, and it is an absolute pleasure to listen to. The music and sound effects are just as solid.

Tactical RPG fans and those who enjoyed Blackguards will enjoy Blackguards 2. It is a good RPG, but it is hard to shake the feeling that that it is more of an expansion pack than a true sequel. Sure, Blackguards 2 isn’t the only sequel guilty of such a crime, but the game does not really add much beyond a new story campaign. It has a solid audio/visual presentation and the combat is enjoyable due to its usage of a tried and true ruleset, but the game still suffers the same wonky controls from the previous game. I strongly recommend picking up Blackguards first before deciding if Blackguards 2 is worth a purchase.