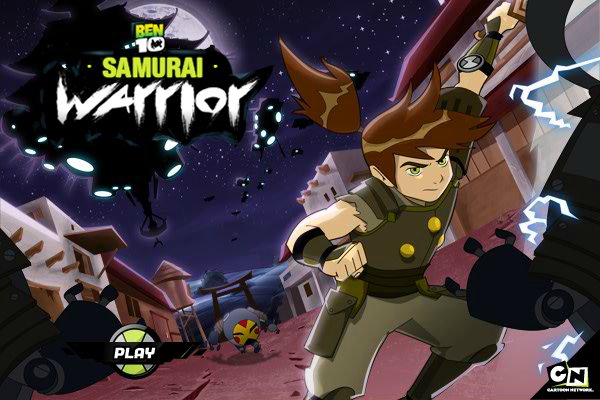 Ben 10 is one of the mainstays of Cartoon Network for quite some time now.  With plenty of sequel series and movies, it’s certainly come a long way from the series that started it all.  Ben 10 is the first series, which introduced the world to Ben Tennyson, I see what they did there, a 10 year old, or did they do it there, who finds a device known as the Omnitrix, which allows him to transform into 10 different aliens, they really went all the way with this.  Later in the series, Ben was able to unlock more aliens, while later series showed Ben at older ages. 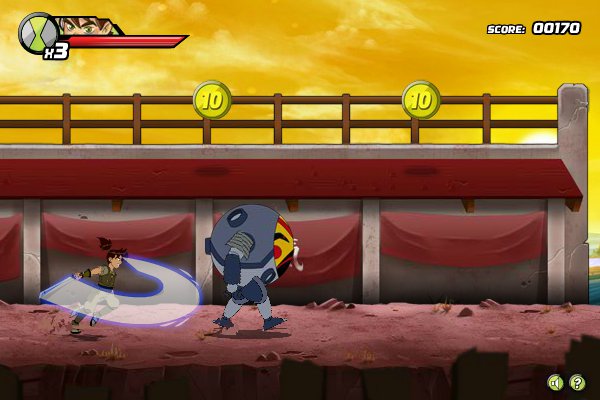 The first series is still pretty popular and the series spawned plenty of flash games for the younger fans of the show to enjoy online.  One such game is Ben 10: Samurai Warrior, but the real question of the matter though is if the game is worth the time to put into playing it.

Ben 10: Samurai Warrior is based off one of the episodes of the original series, called “Game Over”.  The general premise is that Ben gets trapped within a video game and has to collect his alien forms to be able to get out.  Unfortunately, the antagonist of the game is trying to get out into the real-world too, so he’s trying to stop Ben from collecting the alien forms. 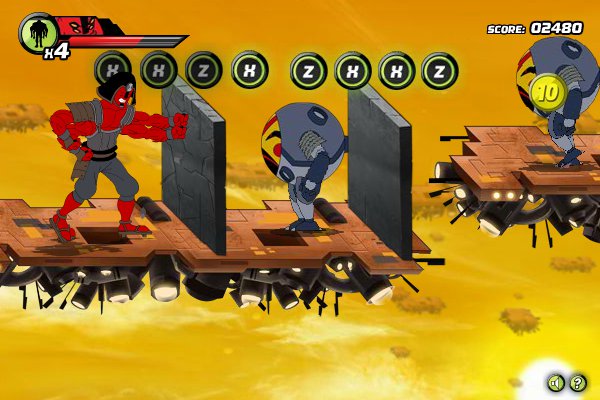 Much of the story is glossed over in the flash game however, so it is really helpful to have seen the episode it is based on to fully understand just what’s going on.  It would be extra confusing for anyone who only knows the very basics of the show as the character designs are based around the game they are in, so everyone looks very different than in the show.

The game plays as a very standard retro platformer, where players can move Ben about with the arrow keys, slash with a sword, throw ninja stars, and transform, after Ben finds some alien forms as tokens.  The game is broken down into 3 world with a few levels each, the last of each world being a boss battle to earn a token.  Even though Ben does have a sword to slash with, it’s generally pretty easy to just spam the stars to kill everything since there doesn’t seem to be any limit to them.  This makes the combat kind of trivial, but combat is mostly only to clear the path of enemies and to rack up a higher score for the board. The main focus of the game then is actually platforming, which is in some places pretty difficult requiring the player to actually make jumps precisely or fall to their death below.  Luckily, there is a fair number of extra lives floating around for players to pick up to make it somewhat easier.  But, even if the player does run out of lives, players don’t have to start completely over from world 1, so it does make it easier for the younger players albeit with a reset score. 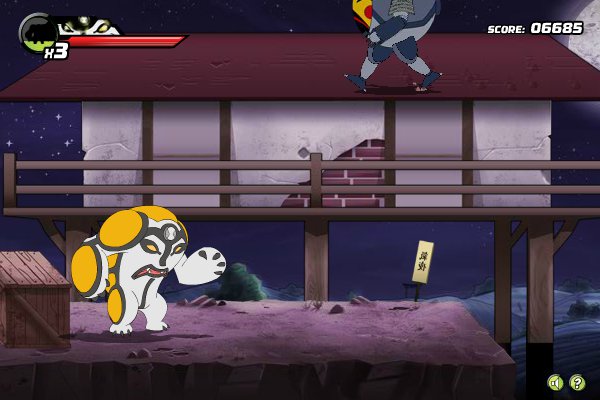 In addition to the platforming and combat, each alien form adds a little bit to getting through each level, in that Four Arms and Cannonbolt are used to get past specific obstacles.  This however doesn’t add much to the gameplay, but instead slows it down as Ben has to switch into the alien form to get past the obstacles, but can’t use them for general gameplay as neither of the alien forms can jump.  This is only really adds to gameplay on the final boss which requires the use of an alien form to actual defeat.

The audio is general is unfortunately very repetitive, there are at most 3 songs that play throughout the game and loop continuously, which will mean either tuning it out or turning it off completely.  There was also no attempt at all to try and get any sort of dialogue for the game, not even sound bites of Ben saying anything to give the game more than  just the face and cartoon feel of Ben 10.  You could take the same audios and plop them into another game and never notice they were from a Ben 10 game. 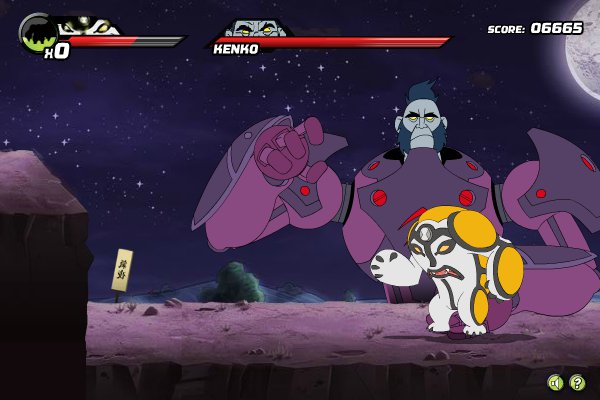 As stated before the character designs are different than the vast majority of the show, as it is based on a video game in the show, but it does look pretty neat and even has different looks for the two alien forms as well.  The character designs are pretty interesting to match the feudal setting, with each looking like samurai, and while they are different character designs the game maintains the same kind cartoon look and style of the show.  The locations in the game are a bit different though as there are a lot of cyber-like elements, such as the varying platforms.  Ultimately, all the visuals definitely fit the uniqueness of the settings of the game that Ben has entered and brings something new players may not often see.

At the end of the day this only really feels like a retro platformer with Ben 10 slapped on the title.  They do use one of the more interesting premises from one of the episodes, but it is a little lackluster.  The combat can be done almost flawlessly if taking the time to defeat everyone and in terms of score there is an actual top score which players could get by collecting everything and killing everything, so the highest can only be a perfect score.  The game does look pretty nice though, but that isn’t much to save it.  I give Ben 10: Samurai Warrior