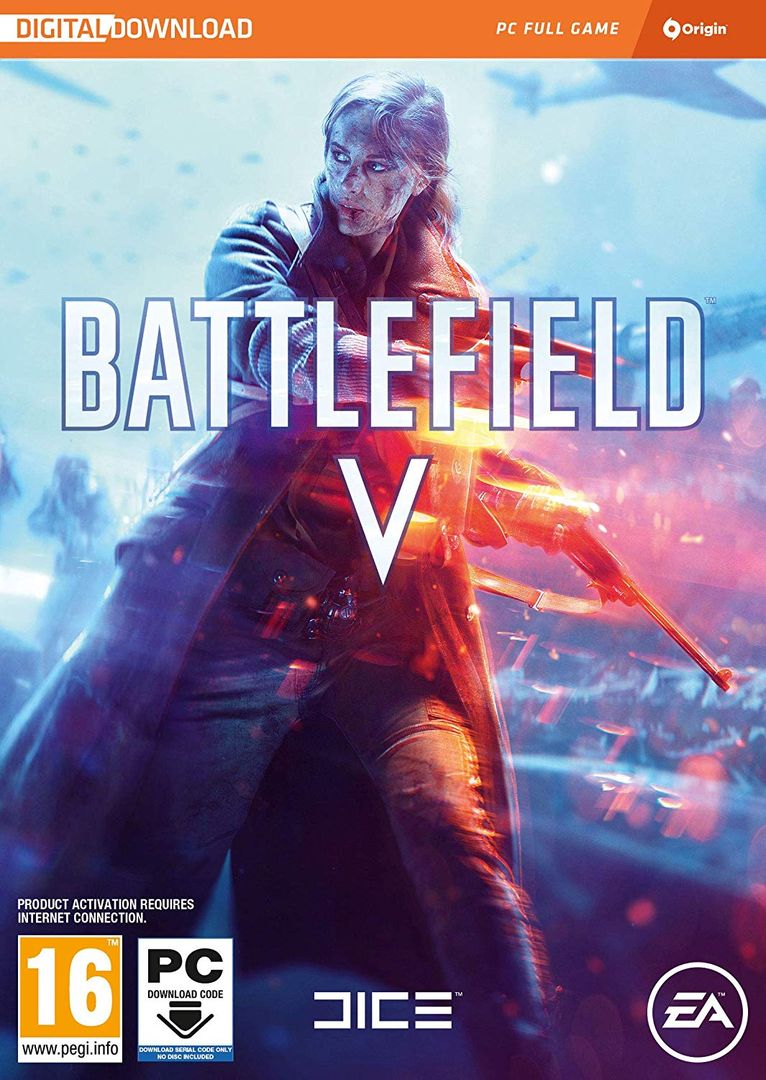 DICE and EA are taking Battlefield V back to World War II where the franchise first started. While the setting is the same, Battlefield V is taking a decidedly more modern approach to World War II, carrying over a lot of features from Battlefield 1 and adding some new features to encourage teamplay. The game ships with three singleplayer War Stories and eight multiplayer maps.

There’s a good reason why the video game industry moved on from World War 2 in the early 2000s. It was overdone, and games were quickly boiling down to the same rehashed tale about Normandy with a few stories about the eastern front thrown in for good measure. Battlefield V’s writers are opting to explore stories mainstream pop culture passed over, those of criminals, resistance fighters, and colonial armies. Whether you want to call it mining the dusty corners of history for fresh content or some social justice agenda, the topics are a lot more interesting than reliving D-Day for the thirtieth time.

War Stories ships with three short stories following the Special Boat Service during Operation Albumen, the Norwegian resistance looking to sabotage the German nuclear weapons program, and the Senegalese Tirailleurs during Operation Dragoon. Each story can be completed in about an hour, so there isn’t much time for deep storytelling. It’s hard to develop strong characters in that period, so each War Story feels more like a sample bite at the local grocery store in hopes you’ll look into the full product on your own time. While a fourth War Story is scheduled to launch on December 4th, Battlefield V is still woefully short of a full singleplayer campaign.

Grand Operations are multi-stage multiplayer maps that follows major battles. I like the fact they offer a little bit of history and context to the map. While the match outcomes don’t change history, it’s nice to see each round’s briefing react to the outcome of the previous round. 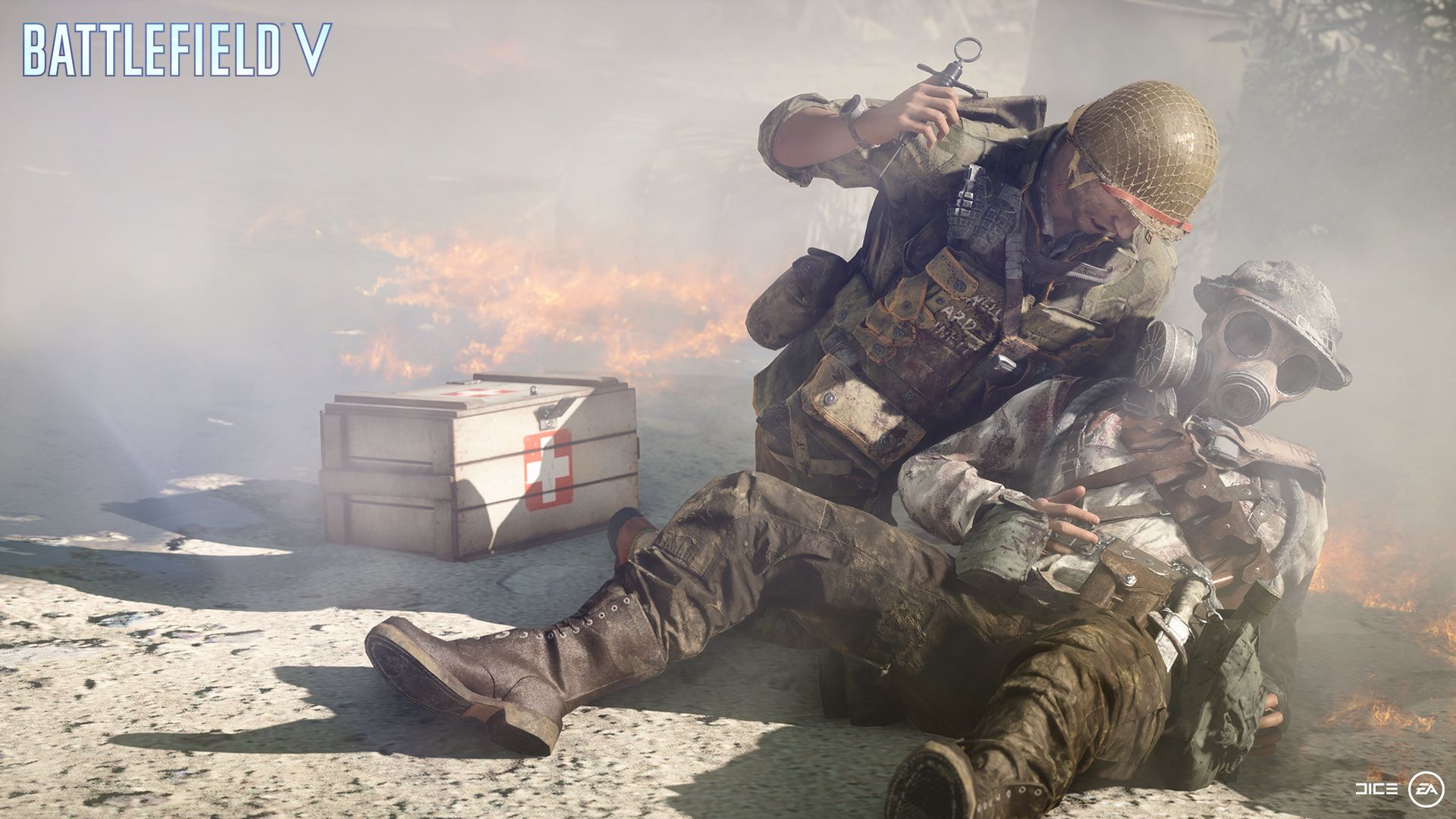 Battlefield V launches with the singleplayer War Stories and the normal multiplayer modes. The singleplayer campaign is showing its age. The mechanics feel like they have not changed much since Battlefield: Hardline. The stealth system is basic and feels clunky compared to modern systems. The AI is spotty and unpredictable. At times they know exactly where a supressed shot is coming from and swarm the player like angry hornets, other times they seem to be deaf to a shot ricocheting off a metal surface a few meters away. Considering there is only three to five hours of content right now, Battlefield V is definitely not worth the purchase for those interested only in singleplayer content.

Multiplayer is traditionally the main event for Battlefield titles, and even more so in the case for Battlefield V with its anemic singleplayer offerings. The game ships with the classic multiplayer modes we have become familiar with over the years, such as conquest and domination. These modes have aged well and continue to be a solid mainstay for players. 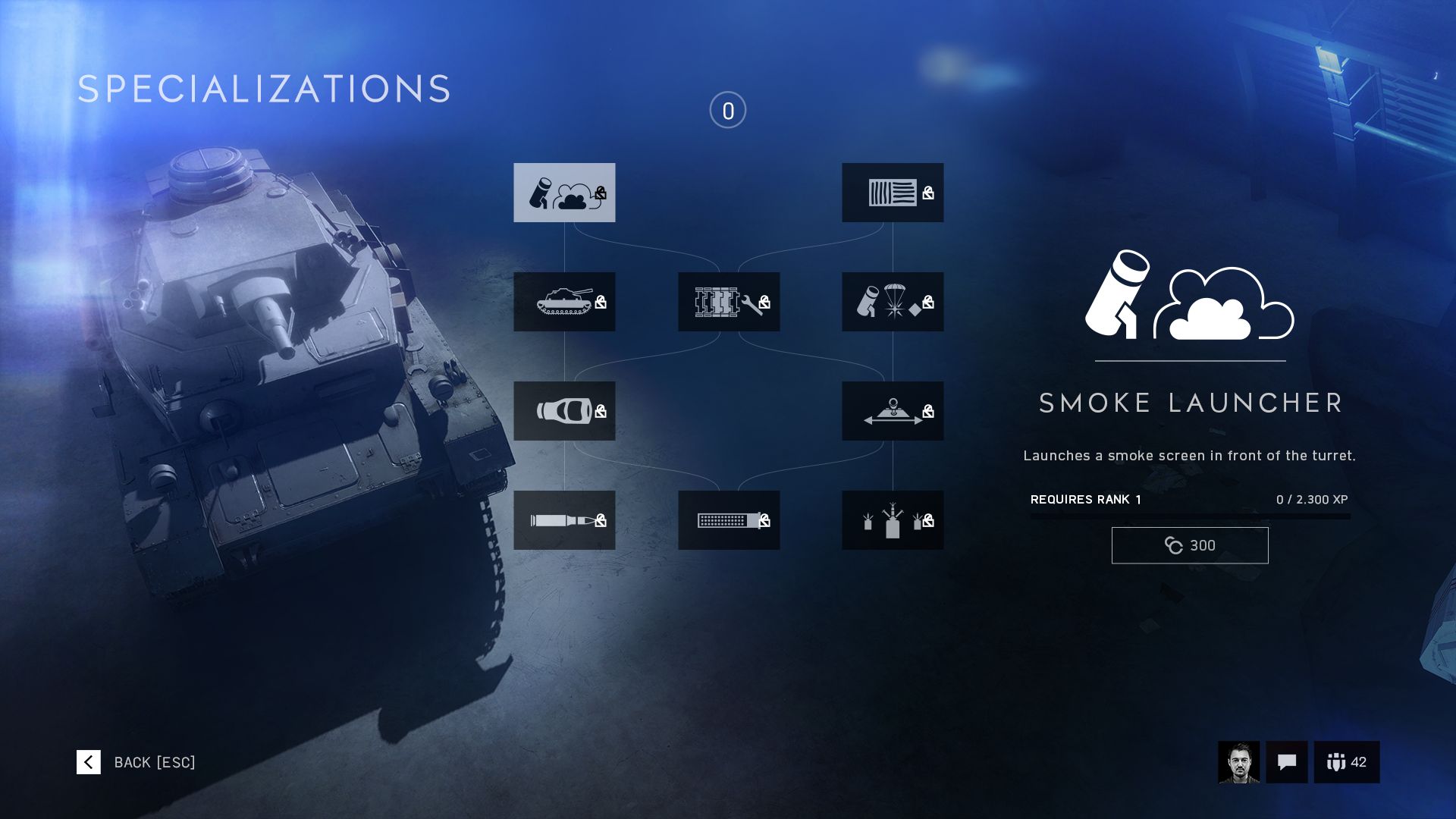 DICE is still tinkering with the much younger operations mode. This year brings a mode that is less vehicle focused than conquest but not a pure infantry experience like team deathmatch. Instead, DICE has taken some inspiration from last year’s Star Wars Battlefront II where vehicles and support abilities are summoned with points earned through the course of the match. The mode is a lot of fun, especially for players who are interested in strong teamplay.

I like the rejigged class system. DICE sticks with four classes but offers subspecialties for players who are looking to play the class with an emphasis on assault or support. While it’s impossible to force all players to stay with their squad and work as a team, giving all classes a chance to slowly revive squad members seems help. I really like the capped health regeneration as it gives medics a bigger role in the fight.

Balancing is still a work in progress. While the struggles of balancing air power have been ongoing since the birth of the Battlefield franchise, Battlefield V still hasn’t hit the sweet spot. December 4th is bringing a patch to nerf the KE7 and buff SMGs, which are steps in the right direction. 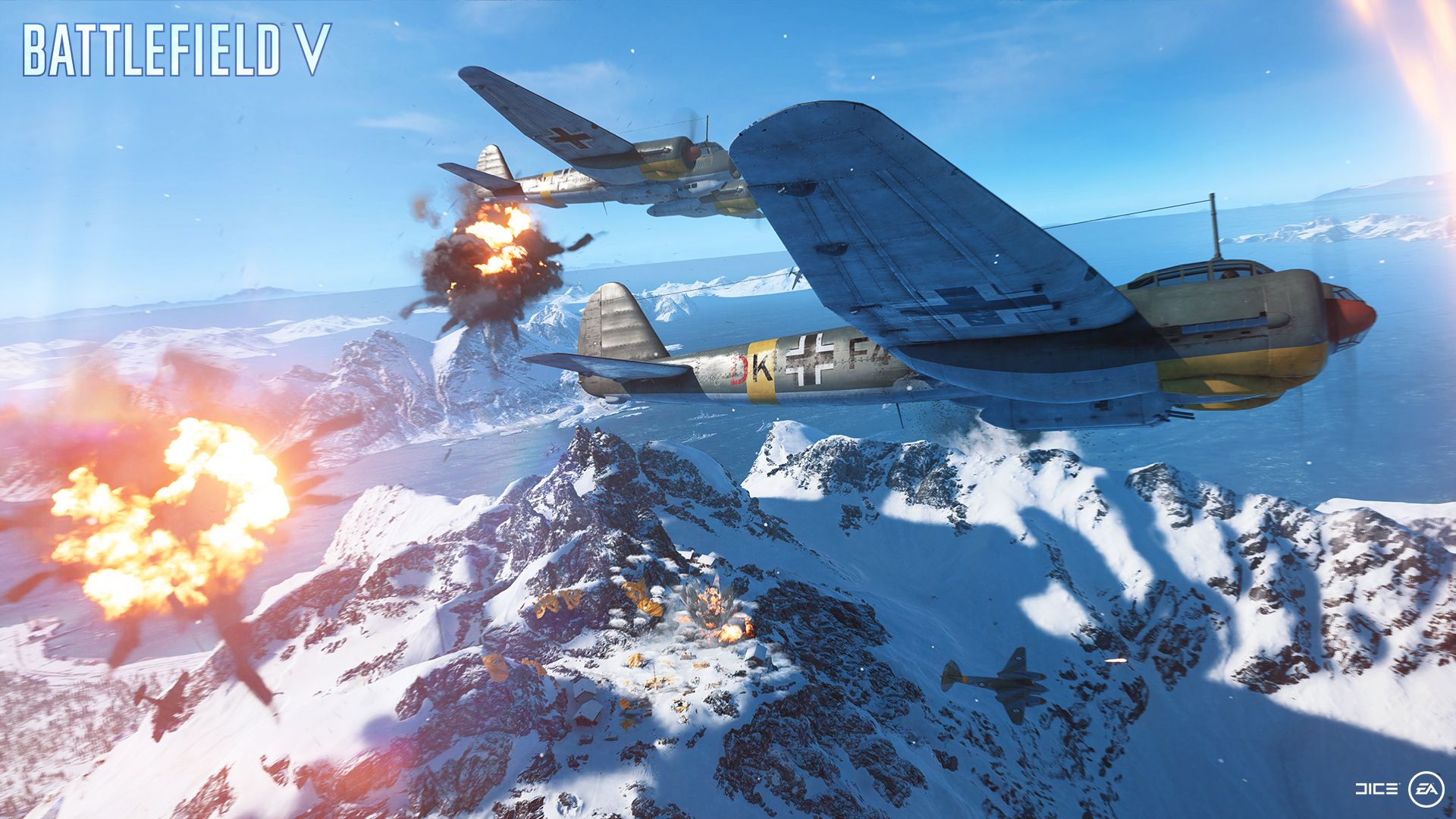 There has been controversy about Battlefield V, historical accuracy, and realism; especially in relation to the game’s cosmetics and marketing strategy. DICE has opted to fund the development of free gameplay content through cosmetics. A post-launch DLC plan that doesn’t split the player base makes the game’s cosmetic heavy strategy an easier pill to swallow. Personally, the some of cosmetics would feel out of place in a hyper-realistic shooter, but I don’t really consider Battlefield V a realistic World War II shooter in the first place. The game is very liberal with the use of unrealistic weapon mods like reflex sights and fully automatic weapons. Practically speaking, Battlefield V is a modern shooter with a World War II skin.

I think the pitfall of Battlefield V is the fact it feels rushed out the door. Considering the game isn’t a huge change from Battlefield 1, Battlefield V is a bit short on content. I get that Battlefield V is part of the new trend of video games as a service and that more free content is coming in the months ahead, but the game didn’t ship with the much-needed practice range, there is only three short War Stories, and Grand Operations is only an ad in the menus. On the server front, there’s no server rentals available for communities at launch and DICE’s servers have poor player balancing. I’ve seen entire teams empty out without switching solo-queued players over to the other side to balance out the teams. I expect better from DICE and their vaunted years of experience with multiplayer titles. 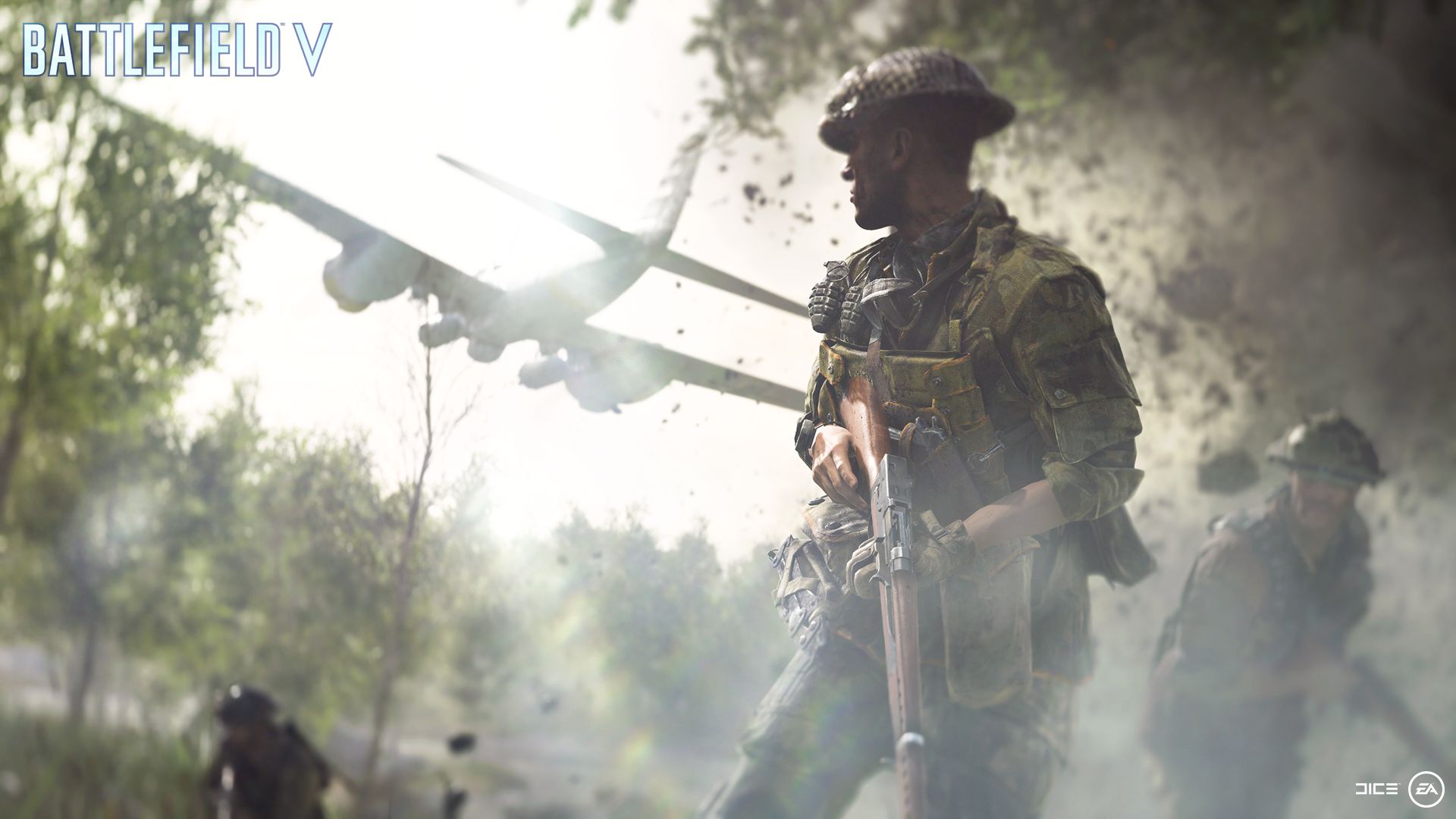 Battlefield V is an excellent looking game. The game uses the aging Frostbite 3 engine, but the developers have done a good job updating the engine, so it can keep up with the latest and greatest. The engine is paired with excellent art direction to create a gorgeous and realistic looking game. The more focused nature of the War Stories offers some stunning moments amidst the bloodshed.

Battlefield V offers a solid audio experience. The soundtrack has great orchestral scores that sets the mood for the War Stories. The sound effects are solid. The voice acting is good, though some of the multiplayer lines could use some more variety. I really appreciate the fact that the voice acting in War Stories are in the character’s native language and subtitled as necessary. While I can’t comment on the quality of the non-English voice acting, I appreciate the sense of immersion. 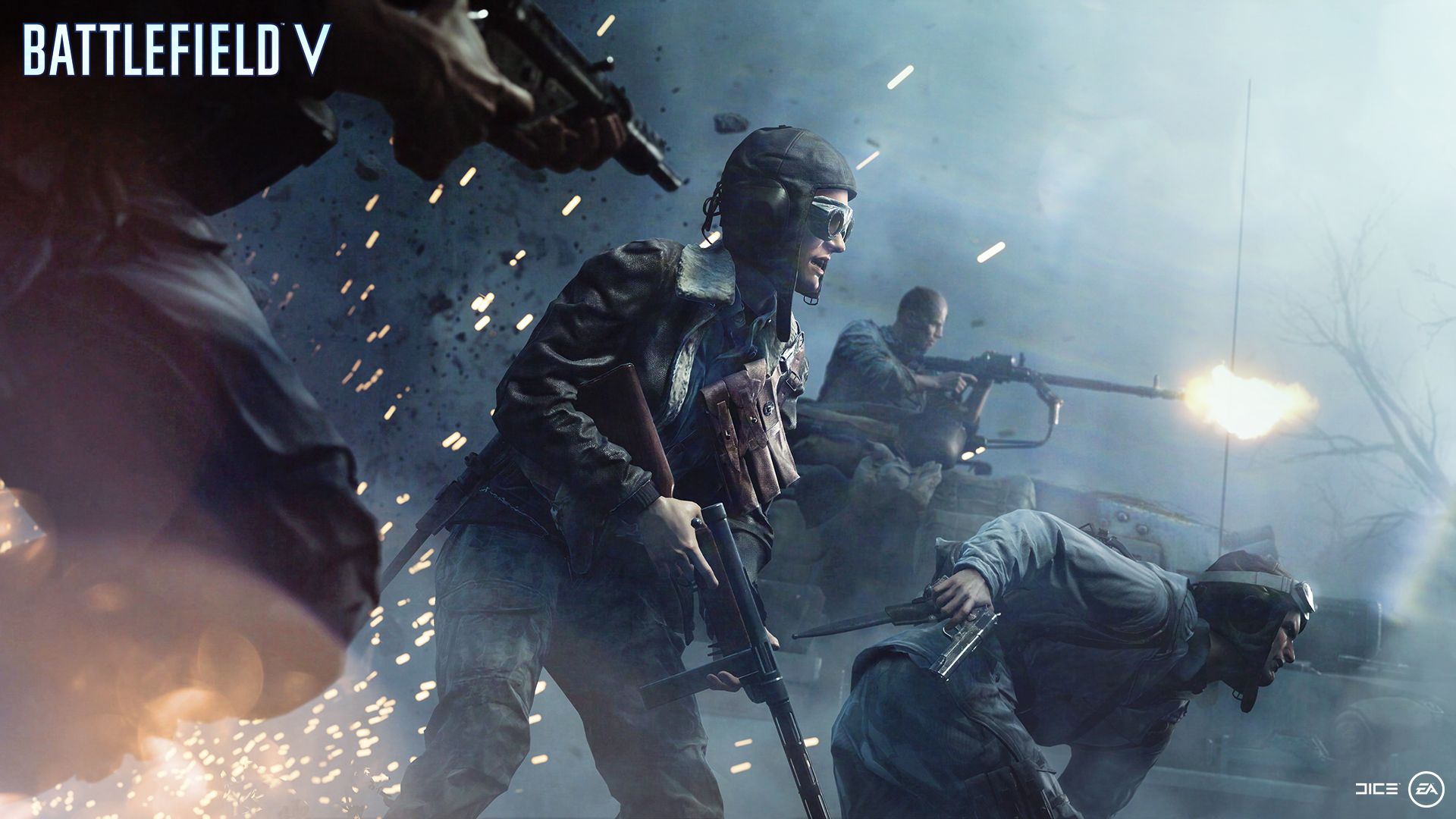 Battlefield V is still an excellent large-scale shooter. The improvements to the teamplay experience are very good. Singleplayer is starting to show its age but has always been a bit of an afterthought for the mainline titles in the franchise. Mechanically speaking, I haven’t enjoyed a Battlefield game this much since Battlefield 3. The real problem is Battlefield V is short on content and features on launch. I suspect the game would have benefited from another delay to January 2019, after the Grand Operations mode, the fourth War Story, and battle royale mode are scheduled to launch. While a second review of Battlefield V in a few months time would technically be a review of a more complete game, the current state of Battlefield V feels like a no man’s land between an early access and full release.

Battlefield V is a solid shooter but feels like it should have been delayed a few months to ensure all features would be available at launch.
7.5