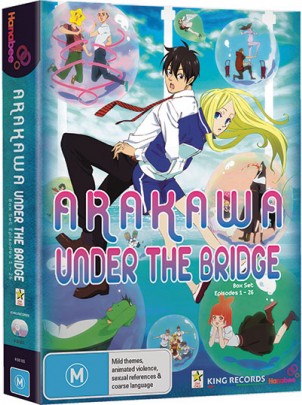 Overview
Don’t judge a book by its cover. What you see is what you get. Two phrases that sum up the human experience and directly contradict each other in the process. Whether it be because of societal protocols, individual beliefs or a simple sense of adventure, birds of a feather tend to flock together. Welcome to a place where all of this applies and so much more. Welcome to Arakawa Under the Bridge. 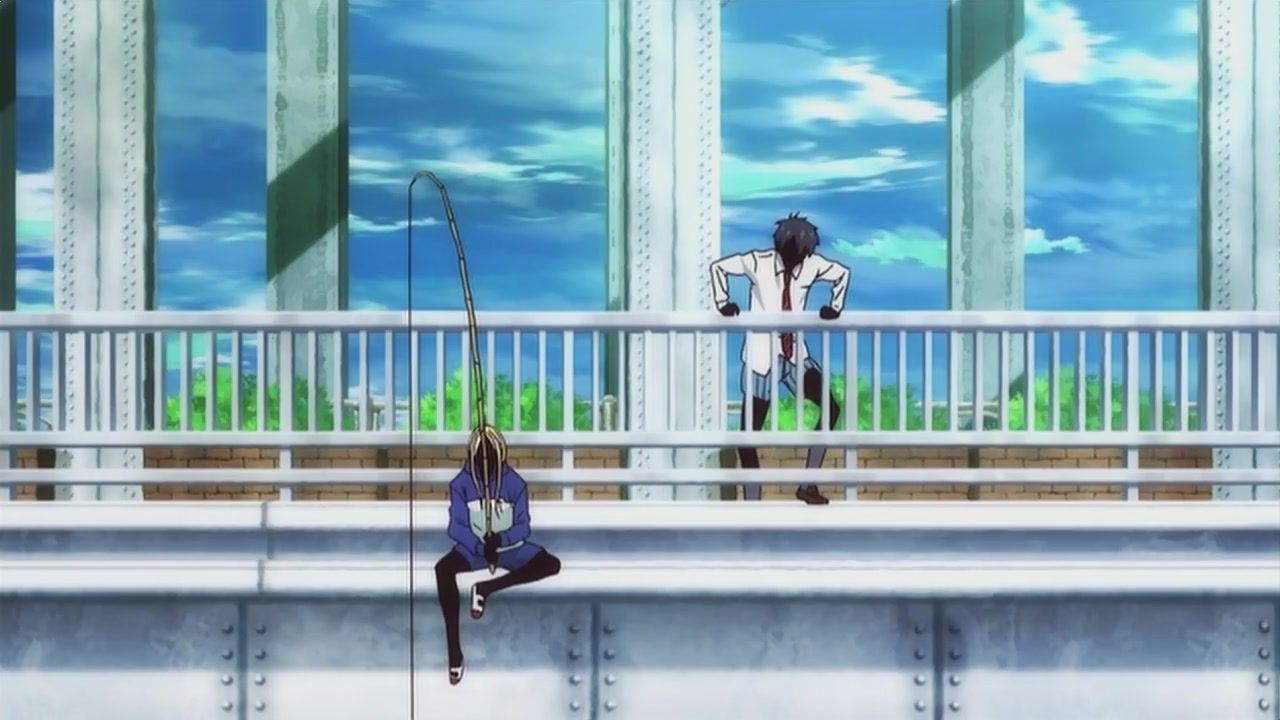 Story
Meet Kou Ichinomiya. Though only 22 years old, he is on the fast track to assume control of his family’s company and  become a powerful figure in the business world. Or at least he was…before kids took his pants. By sheer happenstance, whilst trying to retrieve his pilfered clothing, Kou meets a mysterious girl. Failing to notice the fragility of the beam to which his pants are affixed, Kou falls into the river below…pinned by the beam. Luckily for Kou, the strange girl comes to his rescue. Unfortunately for Kou, his family motto specifically prohibits any action that would cause him to be indebted to someone. Say having his life saved for example. With honour and family pride on the line, Kou resigns himself to granting the girl a wish. However, rather than asking for money or something material that Kou could easily provide, she desires only one thing: a lover. With the threat of shaming his family, and succumbing to an asthma attack brought on by the stress of debt, Kou reluctantly agrees and begins his life under the bridge.

Having become a part of the rich culture that dwells beneath the Arakawa bridge, Kou is given a new name: Recruit (Rec for short). The name is bestowed onto him by one of the colourful denizens of the riverside, the Village Chief, who just so happens to be clad in a Kappa costume. He, of course, vehemently denies that it is a costume, declaring himself a real live Kappa…and it only gets weirder from there. Other residents include a star who is a former star, an angelic woman with the demeanour of demon and a man who is a Sister…yep. As the story progresses, we learn more about the backstory of each character and how they became the person they are today…sort of. Though the past is explored to some degree, details are rather sparse and the stories can become just as insane as you’d expect. Most of the time however, the truth is simply hidden under a mess of symbolism that belies the intensity of the tale. Other times it’s just nonsense. That being said, the series clearly expresses the notion of community and the fact that a bunch of society’s rejects can create a semblance of life when left to their own devices. It’s kind of heartwarming. 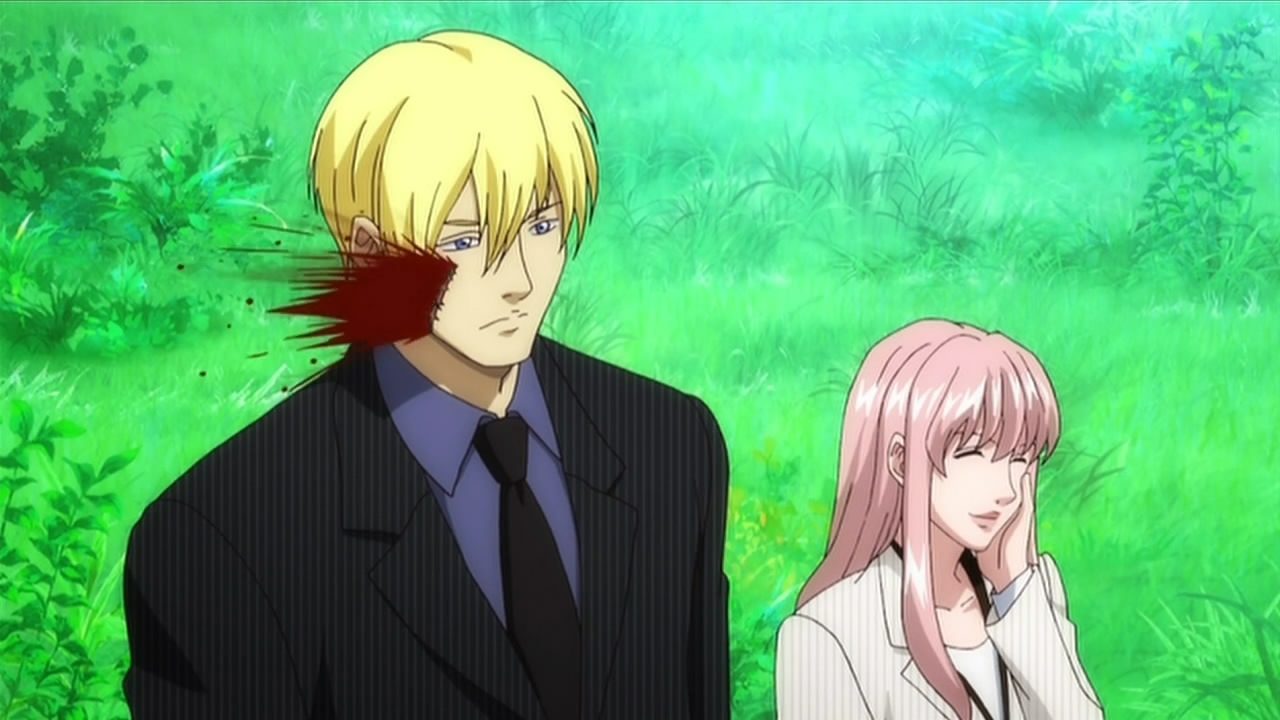 Just another day at the office

Amidst all the chaos of the Arakawa residents lives Nino, the mysterious girl who rescued Rec. Though she explains that she is undoubtedly a Venusian residing on Earth, her overall demeanour exudes pure innocence. A great example being the deal she struck with Rec. Right from the get go, she calls him her lover, despite the two not even going on a date until halfway through Season 1. However, her lack of dating knowledge serves as almost a benefit to Rec who himself is completely inexperienced when it comes to relationships. So the two spend the entirety of the series slowly learning just what it means to be a couple…very slowly. Of course, it wouldn’t be a romance anime without some competition now would it? The celestial guitarist Hoshi clashes with Rec consistently as he vies for the affections of the oblivious Nino. As the story progresses, Rec also nets himself two unwanted followers who will stop at nothing to make him theirs.

Though flagged as a romantic story, Rec and Nino’s relationship often takes a back seat to the shenanigans of the residents. Most episodes are spent following some random story that is of crucial importance to each character, such as marathon for fish or a fire drill that is far too intense. These stories serve to provide slight insight into the minds of the characters, as well as showcase the inner workings of their world. Insane as it may be, it definitely paints a colourful picture and calls into question your own misconceptions about people who just don’t seem to fit in. Also it will make you laugh. 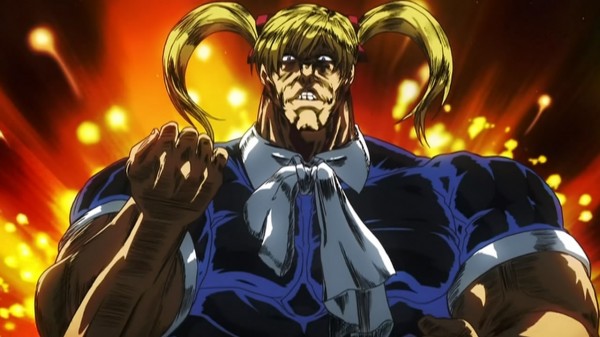 Visuals
To keep up with the story it weaves, the visuals of Arakawa are similarly crazy. First of all: the characters. If ever there was a visual representation for quirky, it’s in Arakawa…multiple times. Every single character is given a unique look that generally expresses their personal brand of crazy. Be it the rocker in a star mask, the unconvincing yet somehow convincing Kappa or the woman who dresses like a bee, you’ll immediately be able to tell that something is just a little…different with them. Though I guess that’s why they live under a bridge.

Following the brief of insanity, in a matter of moments characters will often cycle through countless animation styles to express their feelings. Rec for example, whenever affected by Nino’s bursts of authority, is presented in an intensely shoujo style and fawns over his big, strong girlfriend. His fantasies also often present him in a far more masculine light, with his signature neck tie billowing dramatically, despite a lack of wind. This manly visage is also applied to Stella whenever her temper gets the best of her, though to a much, much, much higher degree than Rec’s assumed persona.

The series will also employ hard cuts with fairly regular consistency. These appear mostly during intense dialogue sessions and will often focus on a characters eyes, showcasing the emotions that they are attempting to conceal. The same technique is utilises with Rec’s feet, as his current stance often indicates the course that he will take. It’s all very symbolic.

It should also be noted that the series does an incredibly good job of keeping the visual environment interesting, being that the entire series takes place in a small stretch of riverside under a bridge. Though the insanity of the series and the ability to construct outlandish sets at any point in time certainly helps. 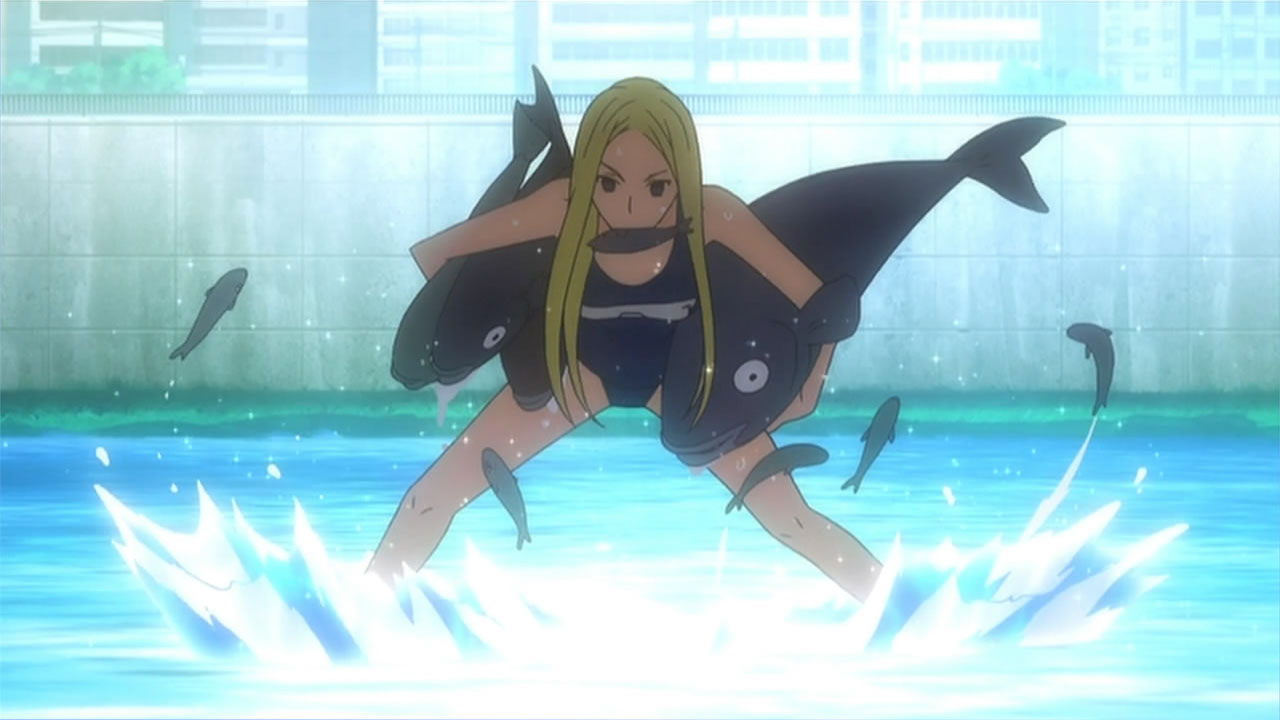 Nino’s quite the catch

Audio
Once more in an effort to match the story, the audio of Arakawa delves into the realm of happy insanity. The most prevalent instrument that is heard in the soundtrack is undoubtedly the trumpet. The high brass sound matches the cheerful dispositions of the characters perfectly and serves to lighten the mood even further. Within the series itself, Hoshi’s music is constructed in a much more humorous light. A majority of his tunes boil down to simply strumming the guitar while he sings some bizarre lyrics in a different tune. Being the resident musician, these songs serve to better characterise Hoshi, especially after his past is revealed.

Two episodes in the collection also feature one off opening sequences, showcasing the true feelings of two separate characters. The first presents Maria in all of her sadistic glory, singing a tune that is undeniably brutal and also pretty funny. The second has a character express their one sided love for Rec, coming across as creepy and, once again, pretty funny. These intros lend to the overall feel of the series and provide a respite from the regular openings which are ridiculously happy and cute. In a good way.

Dialogue also plays an essential part in the series, expressing everything that the visuals cannot. Characters will often have entire monologues in the background of a scene, expressing just how oblivious everyone can be when they latch onto an idea. Of course, this often leads to a great deal of screaming, usually by Rec, summarising everything wrong with what is currently happening in the series. Speaking in tandem is also fairly prevalent in the series, showing how characters generally only team up to fight a larger threat.

Extras
The extra features for Arakawa essentially boil down to short promos and advertisements. In the collection, a total of four 15 second promos, four 30 second promos are present, along with a 15 second promo for the series soundtrack and 15 second advertisements for each individual volume of the series. So if you’re a fan of brief advertisements, these are the extras for you, especially when combined with the standard fare anime tailers that are also there. The set also features two end card galleries that showcase various artworks relating to the series. A featurette gallery is also present, combining the two end card galleries into one slideshow complete with music. 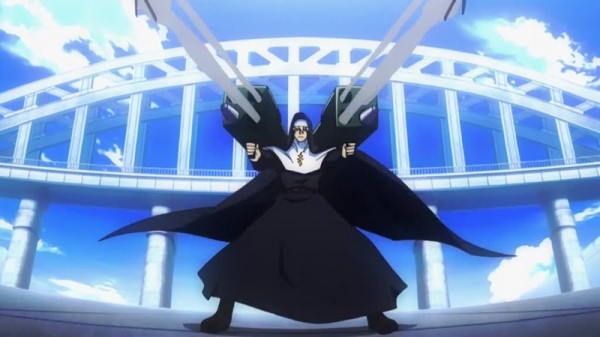 Overall
Arakawa Under the Bridge is a strange series. Which makes a whole lot of sense given the material. The characters themselves, apart from being instantly recognisable, are all very unique souls. Though concealed by their crazy actions, each is a complex person with a past they wanted to escape. In the brief instances when they let their persona fall, a general air of sadness is present that makes them interesting to explore. All that being said, those moments are fairly sporadic amidst the chaos of the series. Though it begins with the promise of a bizarre relationship between Rec and Nino, that kind of takes a back seat to daily life under the bridge. In fact, their relationship often progresses more when they aren’t the focus of an episode, pushing it even further into the background. The plot thread is occasionally picked back up and, when it is, the two are shown to have changed so there is some level of character development there. Which is good. Overall, Arakawa is a fun series that provide you with a plethora of characters to learn about and laugh at. Just don’t get too swept up in the madness. There are some things you just can’t come back from…