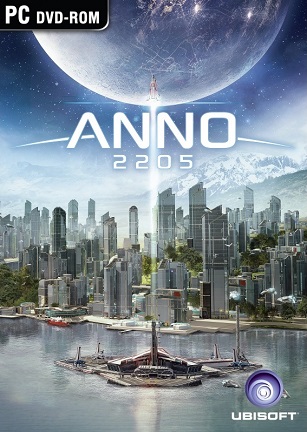 Anno 2205 is taking the economic simulator series to space. The latest iteration of the Anno series will have players building cities in three distinct regions, all while fending off the threat of the Moon-based terrorist organization the Orbital Watch. Anno 2205 supports city sizes five times larger than its predecessor and introduces a session mode that lets player manage multiple maps at the same time. 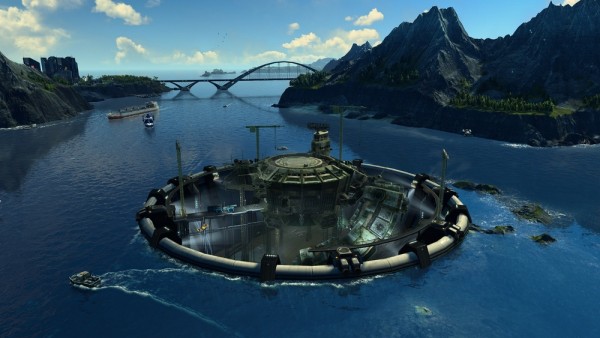 After the invention of nuclear fusion reactors, a new space race is kicking off. The Helium-3 isotope needed to fuel the reactors is found in great concentrations on the Moon, and now multiple corporations are now in a race to build cities Moon and harvest this new energy source. At the same time, the Orbital Watch threatens the plan.  The surprisingly well armed terrorist organization composed of Moon colonists are hell bent on preventing a new wave of development on the Moon.

Anno 2205 doesn’t really provide a gripping narrative. To be fair, I don’t think most people expect an economic simulator to have much of a story in the first place. The game’s plot is really just a vague window dressing that explains the setting. The writing is average at best, for the exception Orbital Watch. The plotline with the terrorist organization is really lousy, and the lines written for Orbital Watch characters are somewhere between laughably bad and absolutely cringe worthy. The low quality makes it feel like the Orbital Watch was shoved into the story at the very last minute. 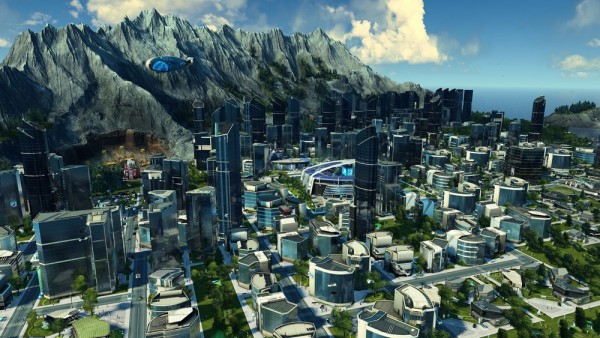 Anno 2205 is an economics-based city building sim with some light RTS combat. In the city-building portion of the game, players will need to build their city to drive income for corporation. The main source of income will be the citizens of each city. Happy citizens who have access to higher quality goods and services can be upgraded, unlocking access to better technologies. To support the factories, farms, and research centres, cities will need enough power and logistics to keep the economy moving. Success in the game hinges on efficient use of available land and maintaining the economy’s balance. Keeping citizens happy becomes more challenging as the quality of workers goes up and their needs increases. Eventually their needs can no longer be satisfied with products made in the zone, requiring trade routes to be be set up between settlements and further complicating the economy’s balance. 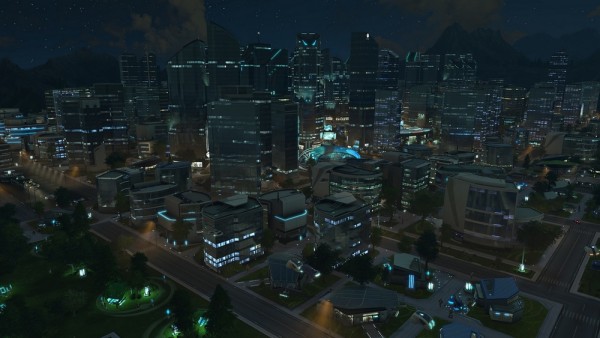 The game ships with three regions with three maps each. Upon gaining access to a new region, players will choose one of the three pre-made maps, each with its own bonuses. The other two maps will be owned by competing corporations and can be unlocked with a hostile take over with enough credits. Players start off in the temperate region, which lets players build without any restrictions. Once the Space Port is upgraded, players gain access to the next zone. The arctic and lunar zones have some building considerations. Residential buildings in the arctic must be built near industrial buildings to provide enough heat for their occupants. The lunar zone takes this one step further by requiring all buildings to be built near a shield generator to protect it from falling debris. The restrictions on constructions make efficient map set ups a little more challenging. The session system allows for all of the maps to have an effect on the company’s economic situation at all times, meaning players will need to hop back and forth between maps to adjust the economy in response to some growth in another zone. 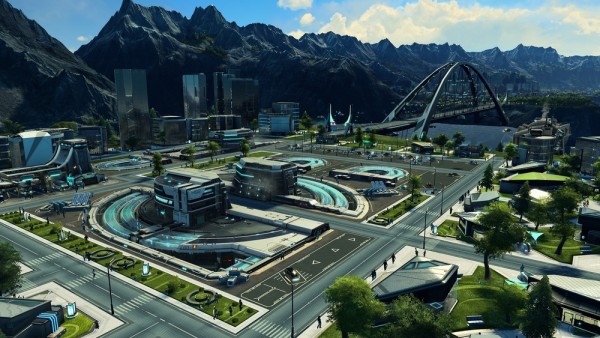 I had a blast with the economic balancing act in Anno 2205. It is complex enough to be challenging without becoming too frustrating or bogged down in the details. The controls are excellent, especially the move function that lets gamers reorganize their cities as needed. I felt the trading system with the AI to be a little underwhelming. Each map has a trader who is willing to do some small trades, with offers cycling every 15 minutes. I found the trader was rarely willing to do any actual trades. Players can also trade with an AI controller lunar station, with prices being set by supply and demand of all Anno 2205 players worldwide. 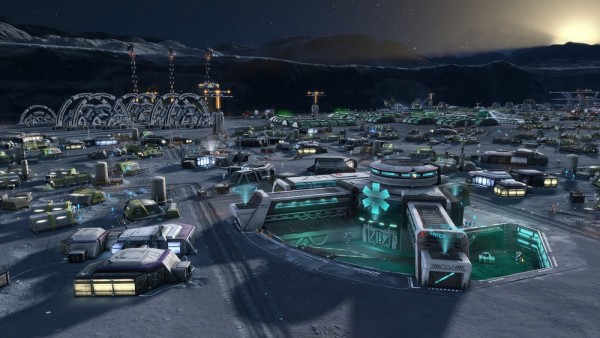 The other half of the game are simple RTS combat missions against the Orbital Watch. Players are given a small fleet of ships to fight off Orbital Watch attacks and are rewarded with rare materials needed for upgrading factories in the city-building portion of the game. Helpful weapons and fuel for defensive abilities are littered across the map, encouraging players to explore the map in its entirety. Each combat map has three difficulty levels, with increasing rewards. The combat isn’t challenging and is rather repetitive. There are only a small handful of maps that are repeated often. The combat portion of the game feels half-baked, as if the developers were simply trying to add something to a feature box than creating something fulfilling.

Anno 2205 is littered with optional side missions in both combat and city-building modes. These missions are very simple, often asking for players to search out objects littered in the environment or completing very MMO-like grind quests. These can help minimize the number of combat missions a player needs to go on, as they do have rare resources as a reward. Unfortunately, these side quests feel very cheap and make the game feel a little more like a Facebook game than an actual full priced AAA title.

Anno 2205 has some minor bugs that still need to be stomped out. The controls seem to stick once in a while, needing a left click or two to fix things. Opening up a claim area box with a command ship then leaving the map will also cause the claim box to stay on screen, even when the map is changed. 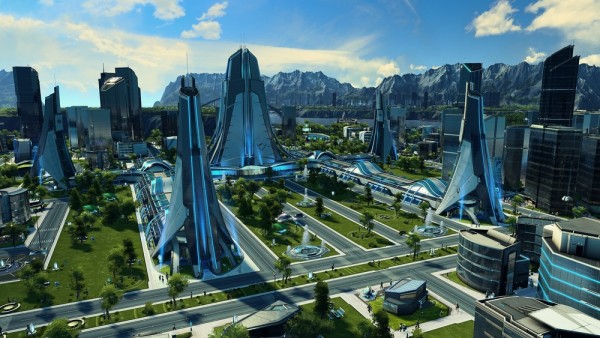 Anno 2205 is gorgeous. The landscapes are absolutely breathtaking. The cities themselves are a little on the quiet side, as traffic seems pretty sparse. The art direction is excellent. The temperate region buildings have a great futuristic style with lots of glass, while the arctic and lunar buildings are designed appropriately for their difficult environments. Everything isn’t perfect though, there are some sloppy graphics. The combat missions suffer from a lot of clipping, causing units to stack on top of each other. The voice acting and the model animations are not synced, leaving models still talking while the voices have stopped playing. 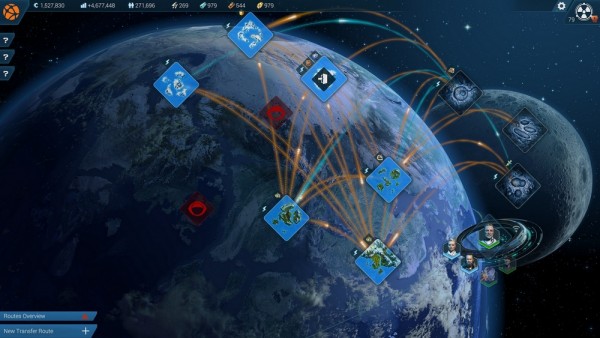 On the hardware side, Anno 2205 has an excellent set of visual options that can tame the graphics down to more manageable levels for older hardware. The FPS is pretty stable for the most part, but large amounts moving water absolutely crushes the FPS. In my testing, moving the camera to high motion areas like waterfalls easily result in a 20 FPS hit. 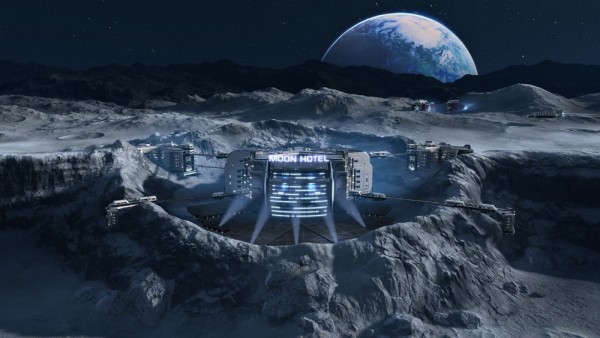 The music and sound effects in Anno 2205 are solid, though nothing really stands out. The voice acting is a bit of a mixed bag. Most of it is average at best, with a few standout lines. The weird thing is how bad all of the Orbital Watch lines are. Virgil Drake’s lines are passable, although weaker than the other main characters’ voice acting. The Orbital Watch unit lines are just downright awful and do not sound like they were performed by a professional voice actor. Anno 2205’s lack of proper closed captioning is a bit frustrating. The only closed captioning that is available is a very poor summary of what is being said by the voice actor. 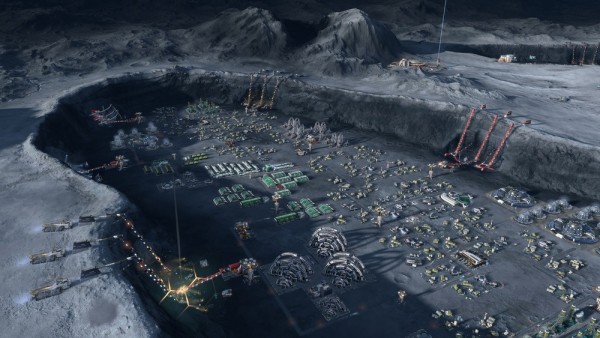 Anno 2205 is an entertaining economic simulator with some half baked ideas. While the economic-based city building is great, the combat missions and the side quests feel like they were tacked on last minute. The game could have easily done without either of the two features and would feel like a more polished release. The audio/visuals are decent for the most part, though there are some very poor voice acting scattered throughout the game. If you are a fan of Anno 2070, city building sims, or economic based games, Anno 2205 will scratch your itch, but don’t keep your hopes high for the combat.