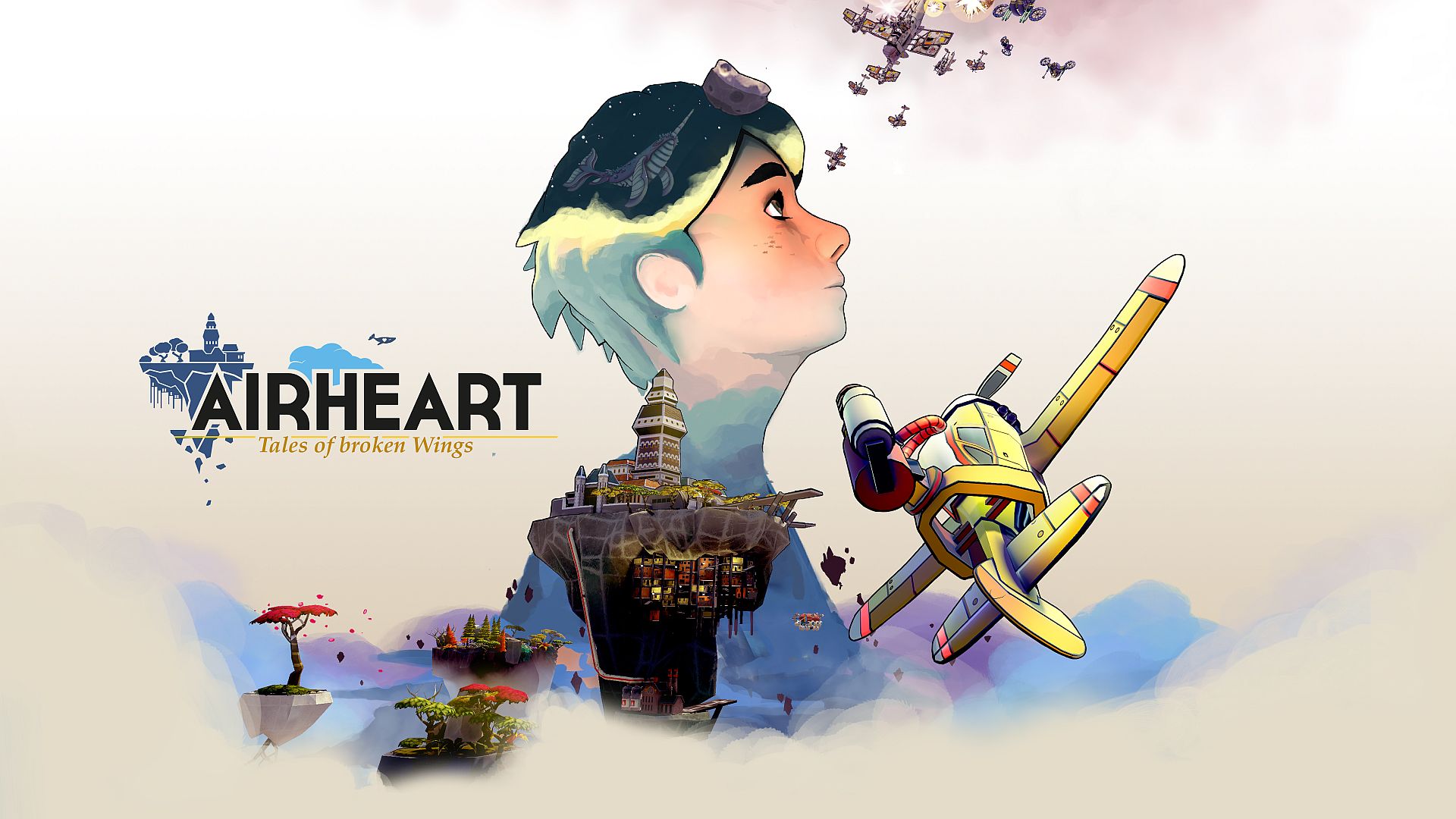 Ready for some rogue-like action with an airplane? Airheart: Tales of Broken Wings from indie developer Blindflug Studios might be the right game for you then! Visit floating cities in the sky, fight pirates and go sky-fishing. We visited this strange world above the clouds that came right out of Steam Early Access and tell you why this refreshing idea can get very frustrating sometimes.

After an introduction we find ourselves in control of Amelia, who is a young pilot and fisherwoman in a flying city called Granaria. She wants to conquer the skies and hunt the legendary Sky Whale, following her father’s dream. Unfortunately over the years there are now a lot of pirates roaming around and sky-fishing got really dangerous. Good thing that you can modify your airplane with some weapons and defend yourself to fulfill this dream! Unfortunately as interesting as this plot sounds, in the game it only gets a minimal amount of space. I mean why wouldn’t you tell this great story in detail?

In Airheart: Tales of Broken Wings our mission is to fly higher and higher. While the first levels are pretty simple and you get to learn the mechanics of the game, difficulty raises significantly later on. In every level you’ll find a variety of fish to hunt and mean pirates. I mostly flew around in circles and tried to get good shots at my enemies using the twin-stick-mechanics. After that I started to gather the collectables as of course it was way easier doing it finishing those intense fights in the air. When a level is cleared we can advance to the next one and as mentioned already, it gets more difficult. This means in most cases that there are more pirates waiting for you. 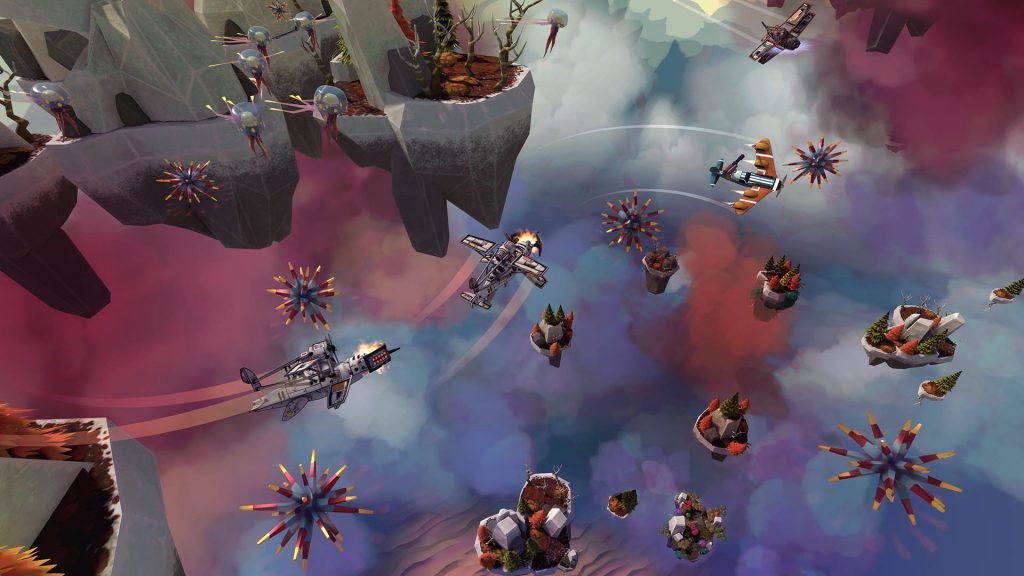 If you want to be successful in the higher levels, it’s necessary to modify your airplane with one of the over 40 available weapons and upgrade the parts. While hunting fish and fighting against pirates we collect the necessary resources for the crafting system of Airheart: Tales of Broken Wings. While exploring the different levels, we also have to take care to not attack other airplanes as this might result in a cop-plane chasing us. This game can really create chaos on the screen with pirates, fish, cop-planes and random planes including myself flying around. This is where also some kind of frustration takes place – often I felt that I can’t really can influence all of my moves and so I definitely crashed more than once. Then I thought twice about it and remembered: Hey it’s a rogue-like!

The great thing about Airheart: Tales of Broken Wings though is the feature to save your progress with a very unique method. After a pirate destroyed you or you crashed your airplane, you’ll fall down and can navigate your damaged plane to land in Granaria. This makes sure you don’t always have to start from scratch with every death. Great idea! Besides the weapons we use for our defense against the pirates, there is also a hook available. The hook helps us to remove armor plates from turrets or larger planes and we can use it to drag loot and fish too. In Airheart you’ll also have to deal with bosses and you better get into this fights with your best equipment as they are really tough. As in other games too, you’ll have to find the weak spots and learn their attack pattern. If you die, it can also happen that the game takes away your hard earned weapons and modifications, really frustrating! But yes, I remember, this is a rogue-like. 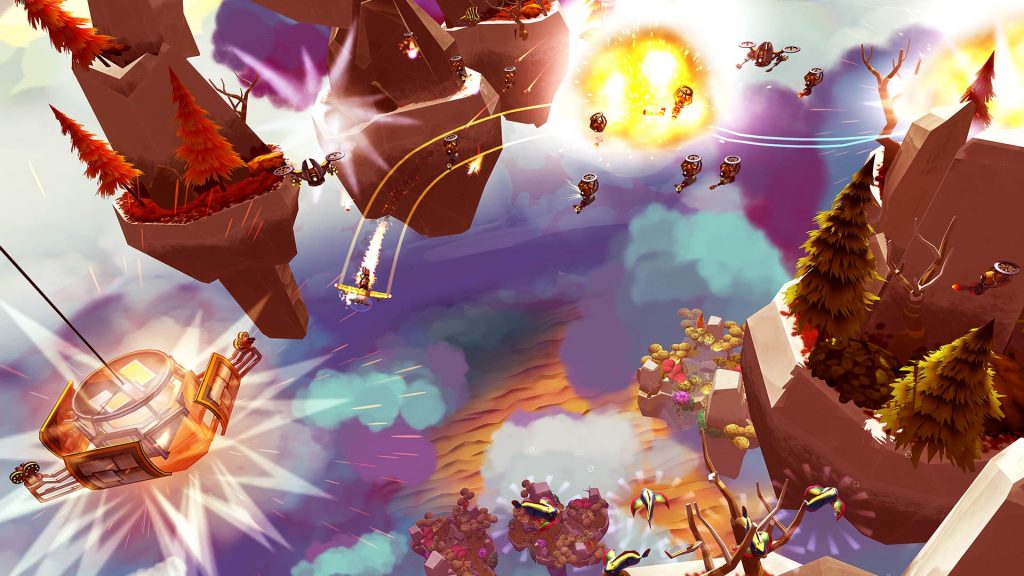 The crafting system wants us to discover all recipes by ourselves. So basically what this means is that we have to sacrifice a part of our materials for the hope of a good result. This is why you literally pick up everything that you find during your expedition. You never know the recipe you’ll discover next and what materials you’ll need for it. On one hand I think this is an interesting approach on the other hand I think it adds more frustration to the game. There is just no other word for it if you’ve spent a big part of your materials without any results. 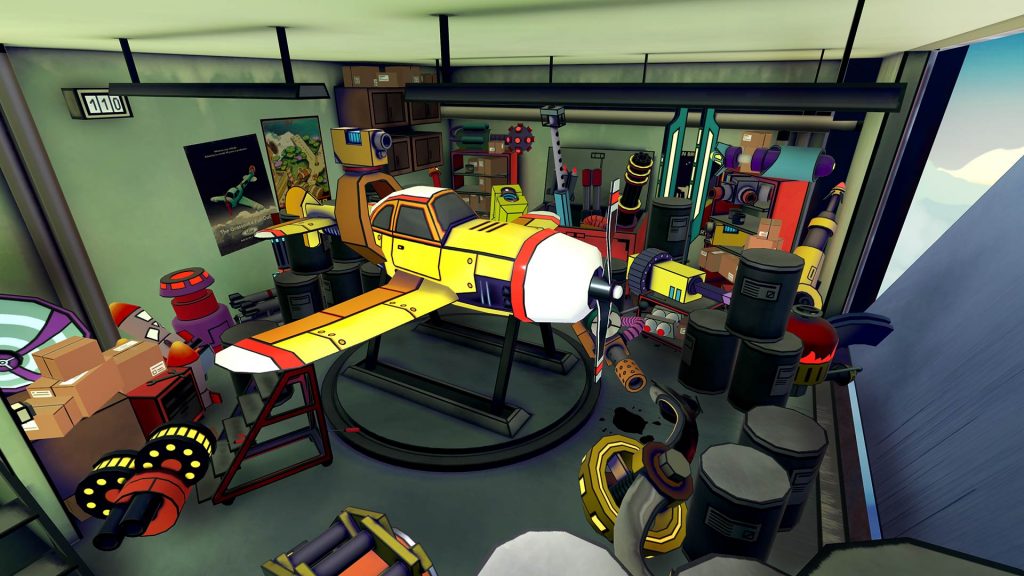 Visually I really liked Granaria. The so called dieselpunk world looks great and includes nice details. The electro music soundtrack is great and gives you a nice feeling while discovering unknown skies. It also changes the higher you get during your playthrough. One thing that could need improvements are the sound effects – compared to the music they really don’t deliver at all.

You might have already guessed it, but in the end I had unfortunately only little fun with Airheart. I love the idea but I couldn’t get familiar with the rogue-like approach. I think the game lacks the right balance to also offer non-hardcore players a great and fun experience. There’s too much to lose and not enough rewards to keep me motivated.

Airheart definitely shows a lot of heart, but in the end it couldn't win mine.
6