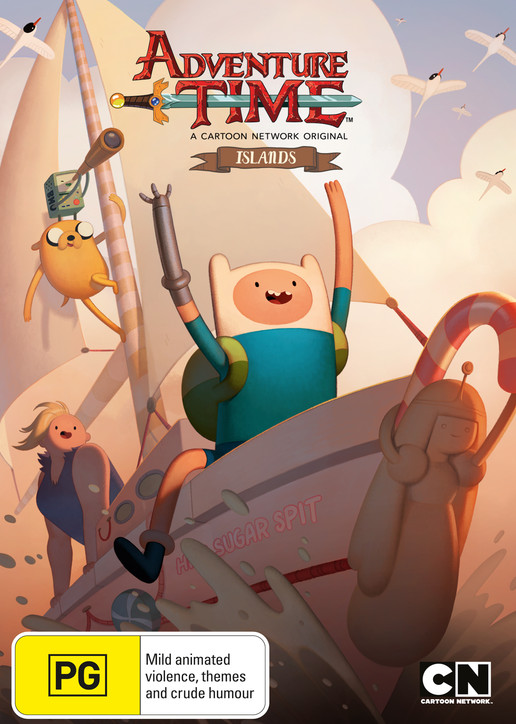 Finn and Susan Strong decide to cross the ocean to visit a small island far away from Ooo. This island may hold the answers to Finn’s past and the key to unlocking Susan’s memories, and it may even feature human inhabitants. They are joined by Jake, as well as BMO, who stows away in Princess Bubblegum’s boat. After overcoming many challenges, they eventually find the place on the map, but discover that it is actually a small group of mysterious islands containing many mysterious people. 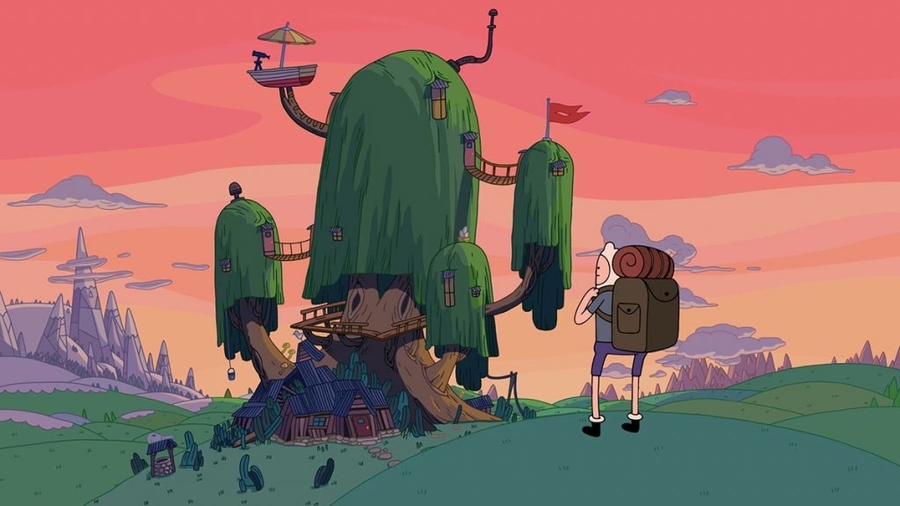 Little has been revealed about Susan Strong prior to now. The same goes for the history of the human race in the dystopian world of Adventure Time. It was initially assumed that Finn was the only living human in the world, but after coming into an unexpected and violent contact with a sentient spaceship looking for Susan, questions start being raised about this. Whether or not Susan is a human has previously been left ambiguous, but she clearly has some connection to the humans. The subtitle of this miniseries, Islands, does not itself suggest how important this story arc is for Finn, Susan and the history of the world. The islands that Finn, Jake, Susan and BMO find are far more significant than the vast majority of locations in Ooo. The journey to the faraway islands is as crazy and entertaining as any regular episode of the series is, but for Finn, arriving at his destination will take him one step closer to learning more about himself and where he came from. Defeating monsters and escaping from other perilous situations are secondary to the plot in this story, and this strong focus on exploring the world and its humans allows it to be one of the most meaningful parts of the series overall. It is always great seeing BMO have fun, and Jake is one of the best animal sidekicks in any western series ever, but it is demonstrated very effectively that Finn can carry episodes by himself. Susan is also very capable of carrying her own episode. This has all been demonstrated before on rare occasions, but this serious and engaging focus on developing Adventure Time‘s characters allows it to stand out in a way similar to Steven Universe. Susan has a lot forgotten emotions and memories buried deep inside her, and seeing her remember her childhood is one of the emotional high points of Islands. 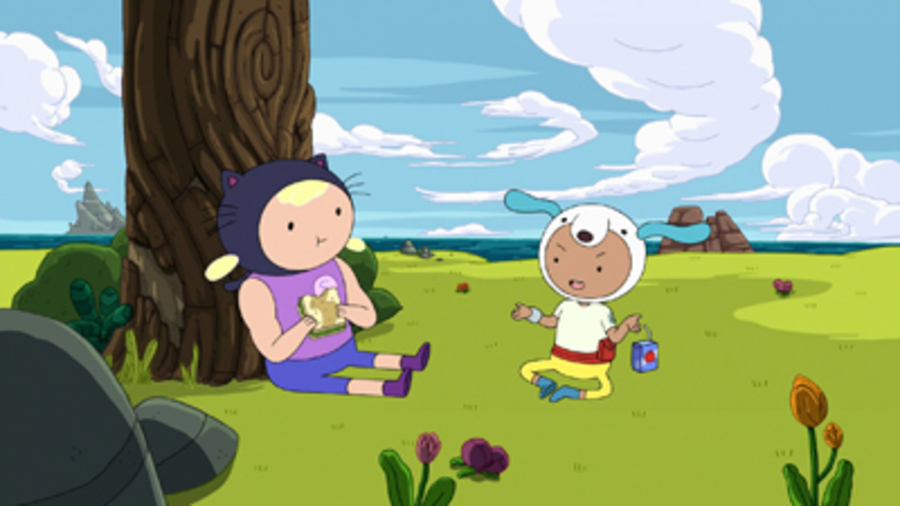 Even with an unusually limited amount of screentime, Jake and BMO are still able to make this as hilarious as it is engaging. There are many memorable one-liners in these eight episodes, which is an impressive feat even considering how great the writers have been at coming up with jokes. Quoting the best of them would spoil the final episode, but their inclusion grounds Islands in the Adventure Time universe in the best possible way. These jokes make it impossible to forget about Jake and BMO while watching Finn and Susan learn about their connected pasts.

One element that helps make this whole series engaging and entertaining, this miniseries included, is the brilliantly wacky and fluid visuals. The animation consistently helps bring this bizarre world to life, and new, crazy situations help to keep it fresh and interesting. One episode is spent parodying virtual reality and online gaming subculture, with the VR system that BMO gets hooked on being given the amusing name of ‘Better Reality’. Spending an episode in a massive multiplayer VR game in which BMO is the moderator allows for some creative visuals that demonstrate just how well the ideas that the creative team comes up with transfer from paper to the screen. This miniseries presents as much of a sci-fi story as it does a dystopian fantasy, and it expands on the world in a way most fitting of Adventure Time. It looks and feels like one fun and exciting adventure. It also presents a unique opening animation sequence that focuses only on the characters shown in these eight episodes. 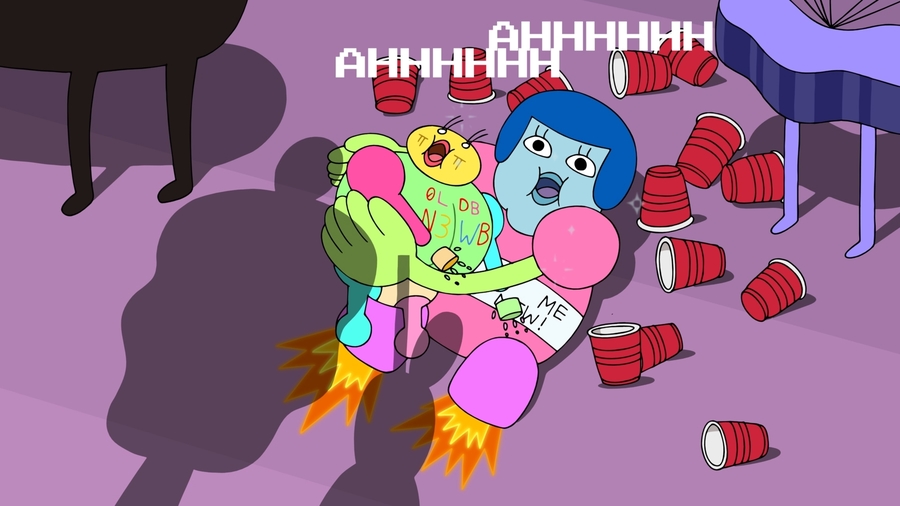 An alternative version of the opening song was recorded and used for these episodes, and it sounds great despite its simplicity. There is also some unusually good background music present, but that is not what stands out most about the audio. Musical silence can be an effective way at allowing viewers to focus solely on the dialogue in a scene or at enhancing dramatic tension, yet it is an uncommon technique in Cartoon Network’s productions. Considering how crazy Adventure Time normally is, it makes sense that the producers would want music playing frequently. With this new focus on story, however, the lack of music here draws attention to the things that really matter. The voice actors are now more important than before too, and fortunately, each of the guest actors deliver great performances as some of the new characters introduced on the islands.

This release contains four sets of extras: song demos, episode animatics, art galleries and a short video titled “Board Pitch”. The art galleries include: backgrounds, concept art and model designs. The “Board Pitch” video is basically just someone outlining episode three to the production team, but it and the other extras are interesting and may be of interest to dedicated fans of the show. 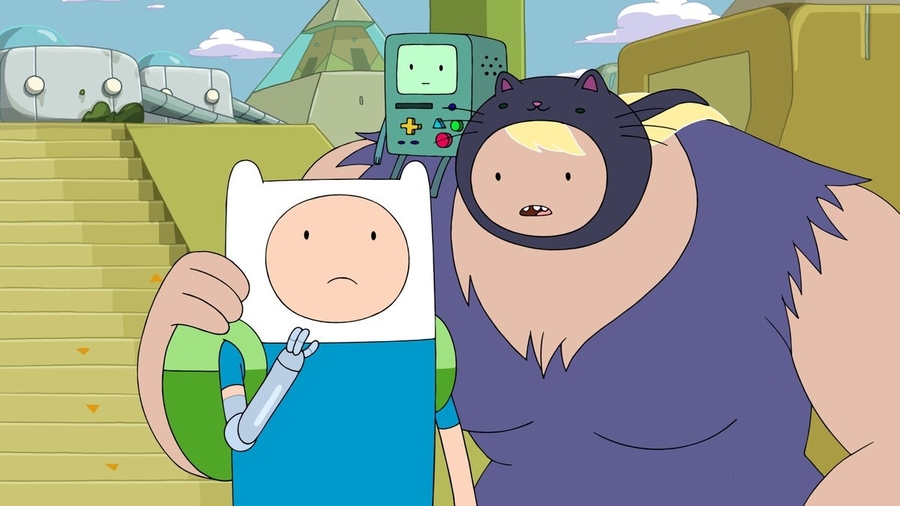 There have been some excellent episodes of Adventure Time prior to now, including many devoted to the backstories of many characters and their relationships with various people. The Stakes! miniseries set the precedent for a full story arc aimed at long-time fans of the series, and it has now been proven once again that Adventure Time has always had the potential to become more engaging and meaningful than most American animated series. Finn may no longer be the only human character in the world, but he remains to be one of the most relatable characters in the entire series. This miniseries makes his relationships and adventures in Ooo seem more important than ever before, all in the emotional way that has become characteristic of Adventure Time when it is at its best. Whether you simply like this series or love it and want to learn more about Finn’s past, Susan’s past and the history of the world and its human inhabitants, these eight episodes present one of the best stories featured in the hundreds of episodes that have been produced so far. 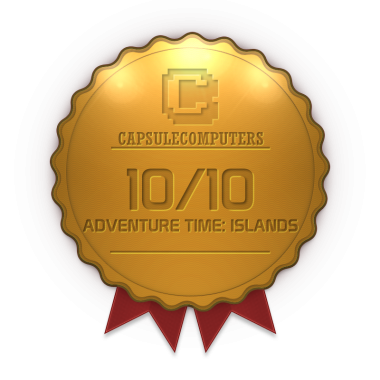 A compelling and emotional exploration of Finn's heritage and Susan Strong's childhood home and memories.
10