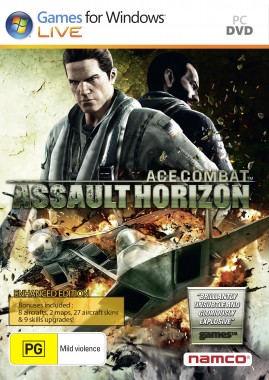 The Ace Combat series has been around for a fair few years now, since the Playstation 2 and Xbox era if I recall correctly, and the franchise has generally evolved as the series has progressed. However the games are best known for their adrenaline pumping and high velocity aerial dogfights in fighter jets, which have constantly proven to be fun and rewarding experiences.

When I heard that the title was coming to the PC, particularly this latest in the franchise, I was absolutely pumped to get my hands on it. For the most part this is a fun game, but it has a few flaws that stop it from being completely awesome. What are my complete thoughts, read on below. 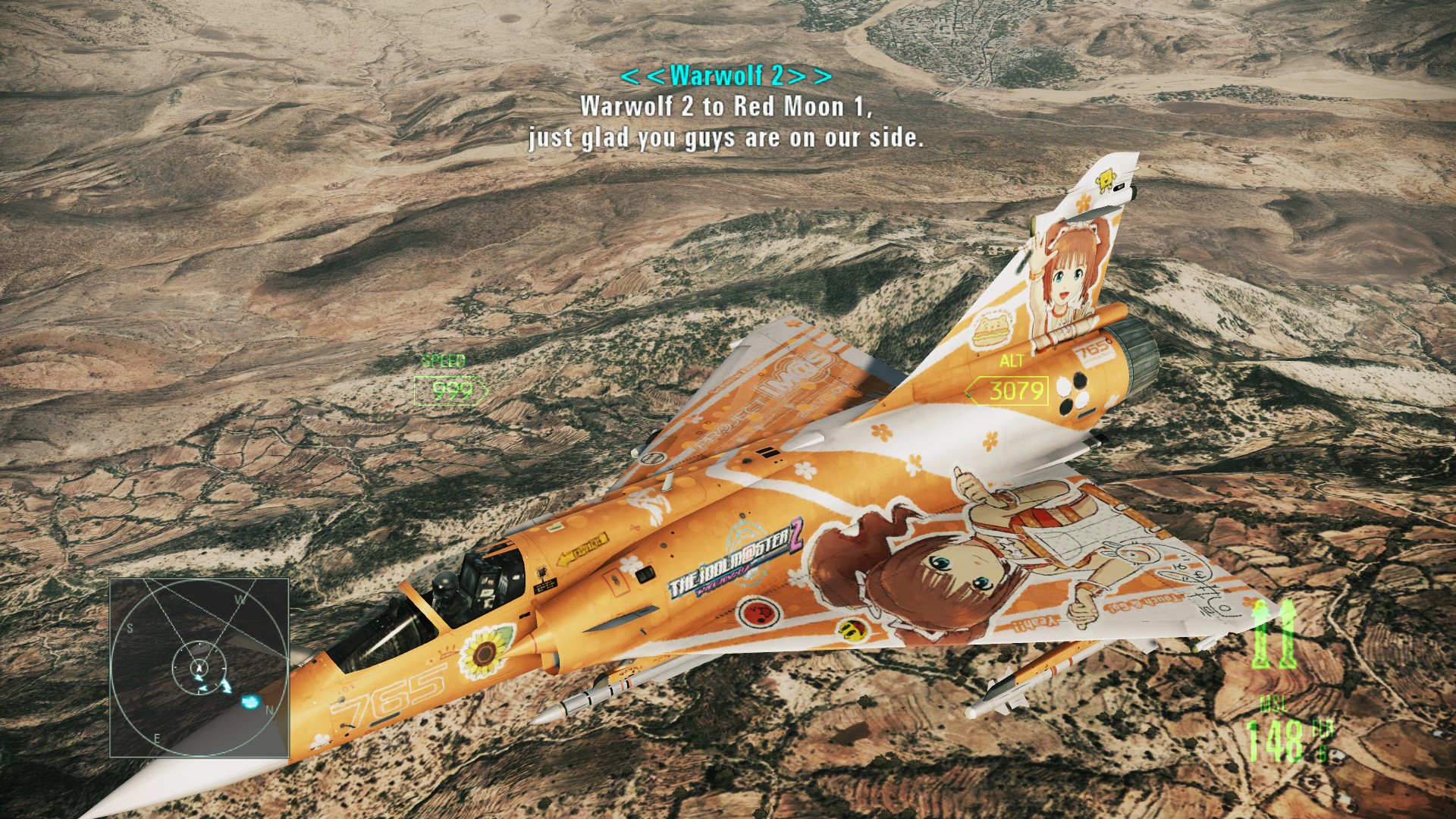 The game is set in the modern day and a group of terrorists have created a new kind of bomb known as the Trinity Bomb. You as the player must take to the skies in a counter terrorist operation to take down these Russian terrorists and save the world. Or, you know, ‘Murrica. Because terrorists only care about bombing that place.

What makes the story interesting with Ace Combat Assault Horizon is that the story features American pilots taking on Russian terrorists in a game developed by Japanese developers. This is an incredibly strange combination, but strangely enough, the story works incredibly well. It’s like the producers have worked out how much pro ‘Murrica an audience can take before a game becomes a parody of itself and then avoids it. Hint! It’s very little. 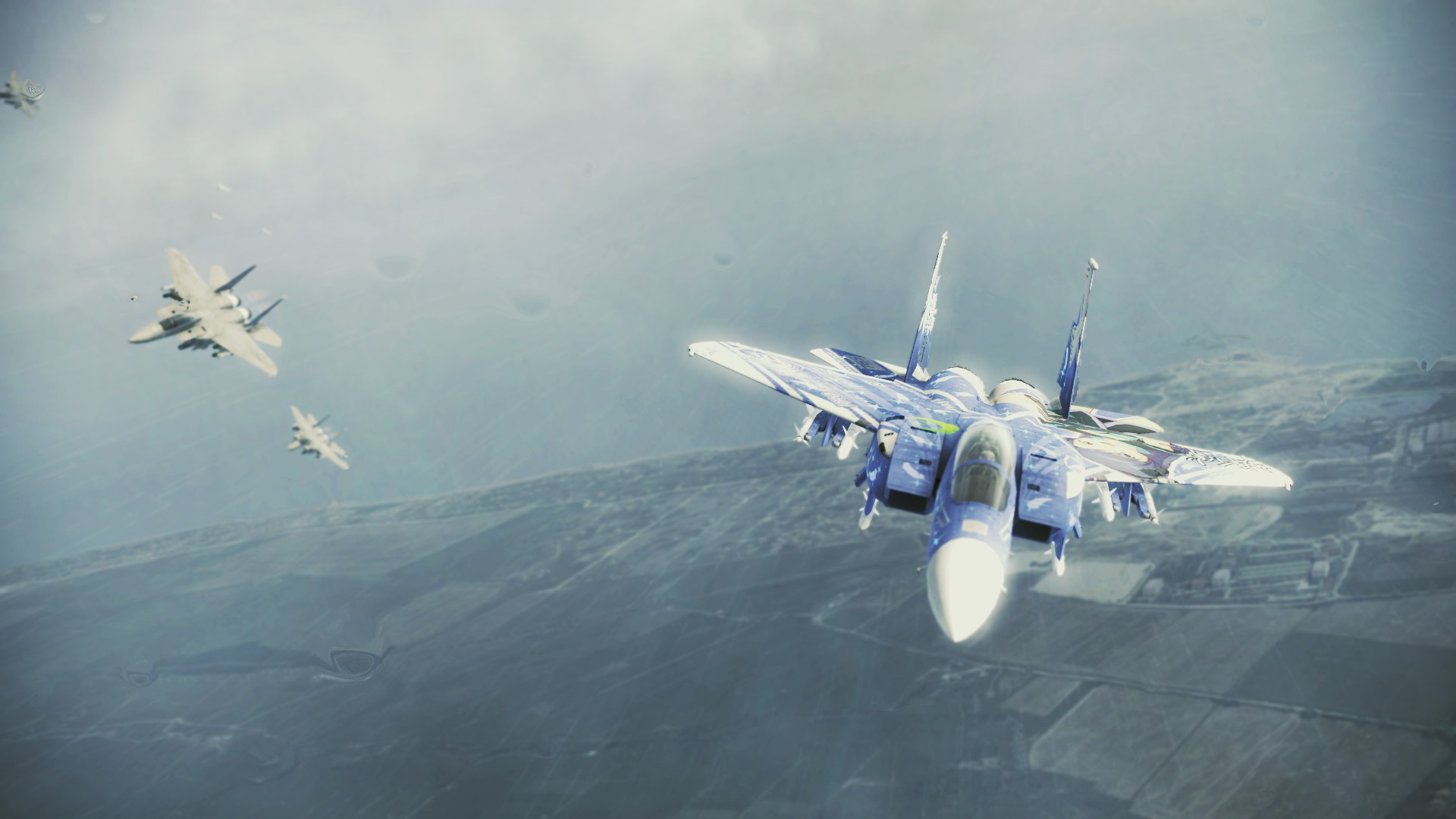 The way the characters interact with each other throughout the story gives you a nice sense of camaraderie between the main cast of characters, which helps to build up the tension later on in the story. You can’t help but get into one particularly powerful moment towards the end of the game, it’s like, “what!?”. The story also has a few twists and turns that you can kind of see coming, however, this is an action game and not a game aiming to be high literature, so it can be forgiven.

I quite enjoyed the story of Ace Combat Assault Horizon, which is not something that I was expecting going in. Normally games that seem pro ‘Murrica are complete turn-offs. It was probably because of the Japanese developer without many American ties that made the story more realistic and bearable. 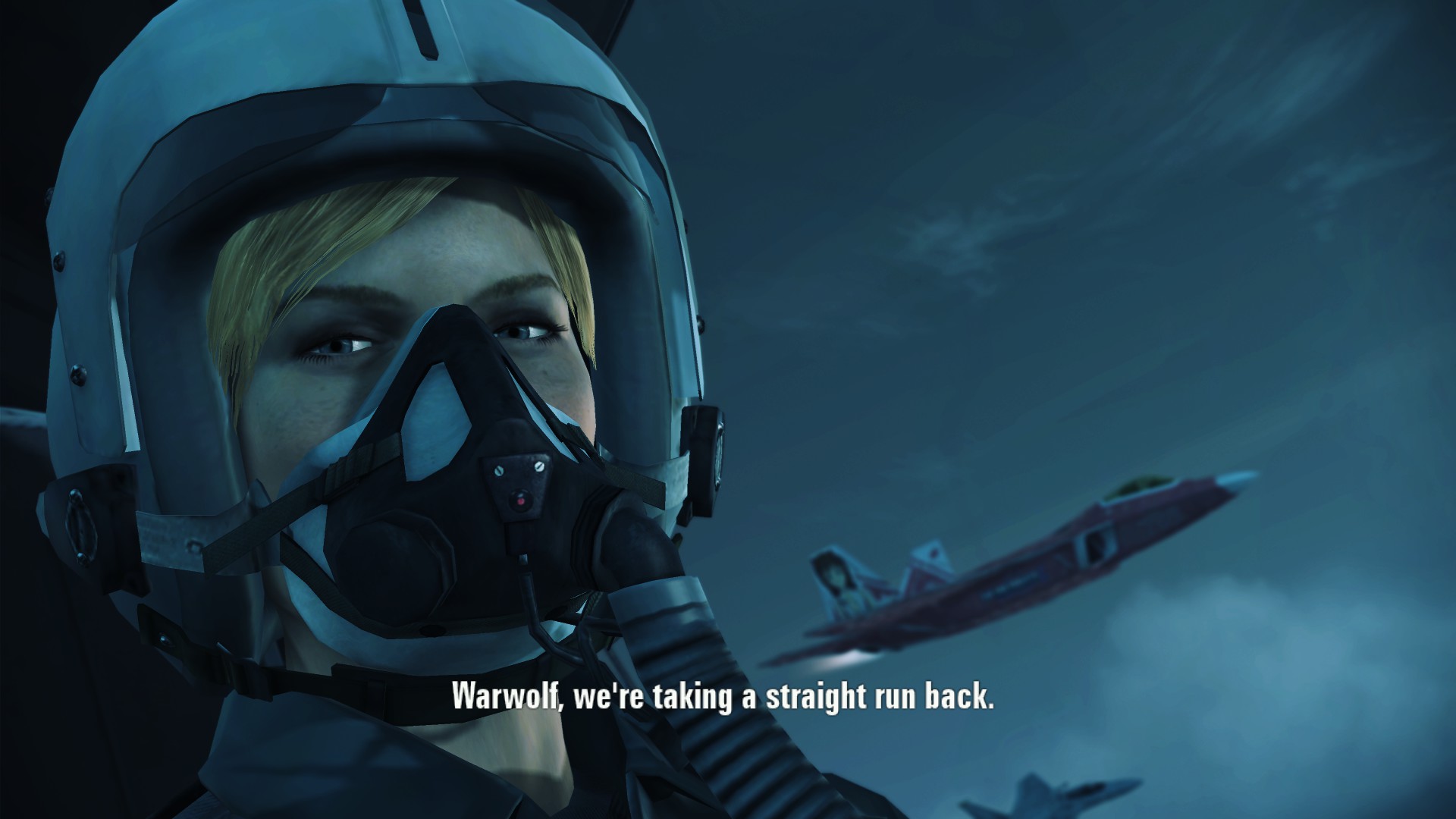 Ace Combat Assault Horizon has some of the most fun dogfighting mechanics that I have experienced in an aerial combat game in ages. The game is just so fun to play as a fighter jet that you can just sit there and go back to play again and again. As a game that features aerial combat, it’s quite important that the aerial combat is actually entertaining. And it is! Which is great. 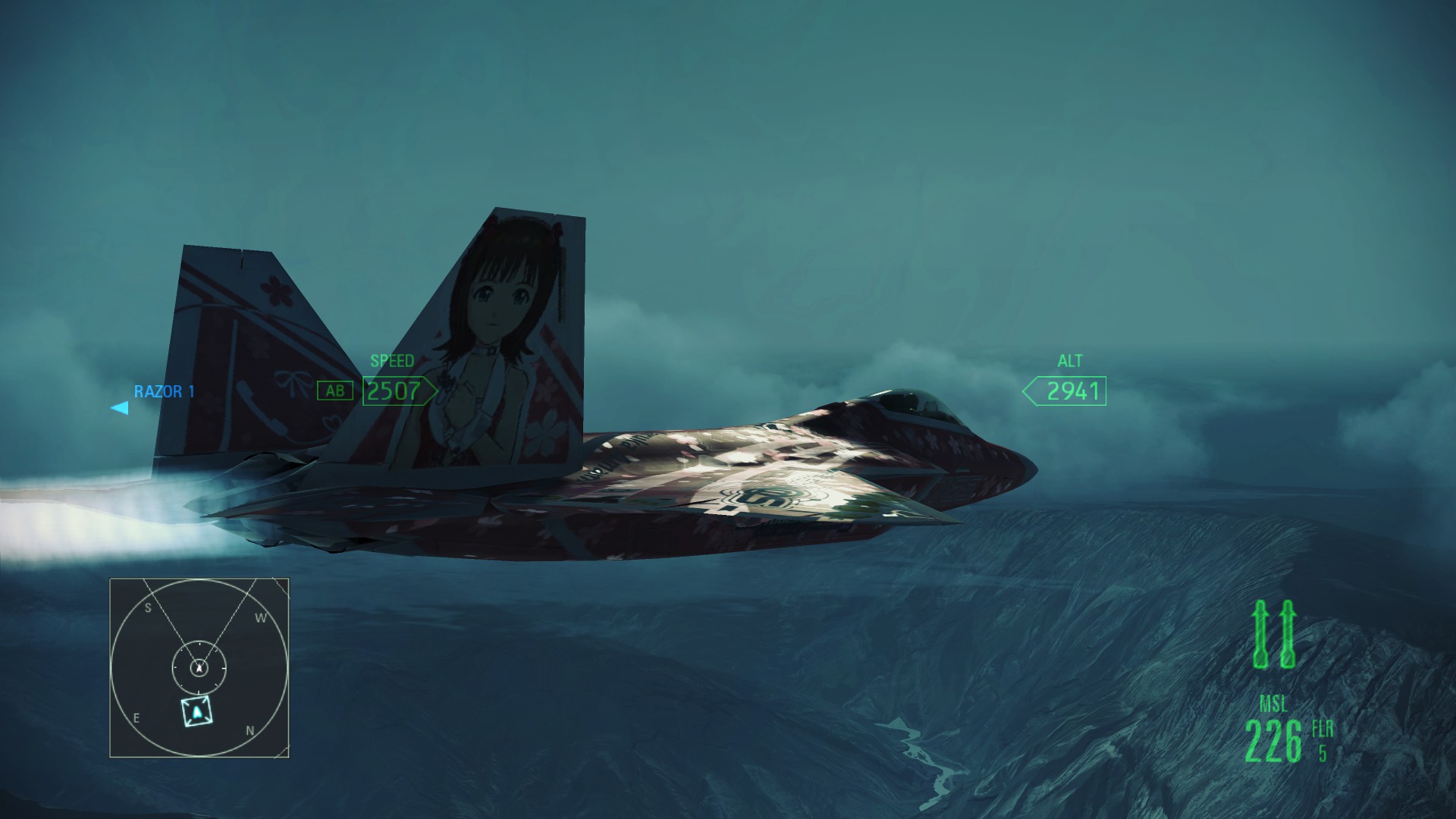 This is a feature that I quite enjoyed but didn’t quite understand. All vehicles in this game feature regenerative health. This means that you can be on the brink of death with the fire and the flames ejecting from all sides of your vehicle, only to magically repair before your eyes. Now if they took 30 seconds to say it was self-repairing nanobots or something, it’d be fine. But there is no mention of this at all. And I absolutely loved it. Especially in the helicopter portions. Because, really, who wants to sink an hour into a helicopter mission only to have to do it again. 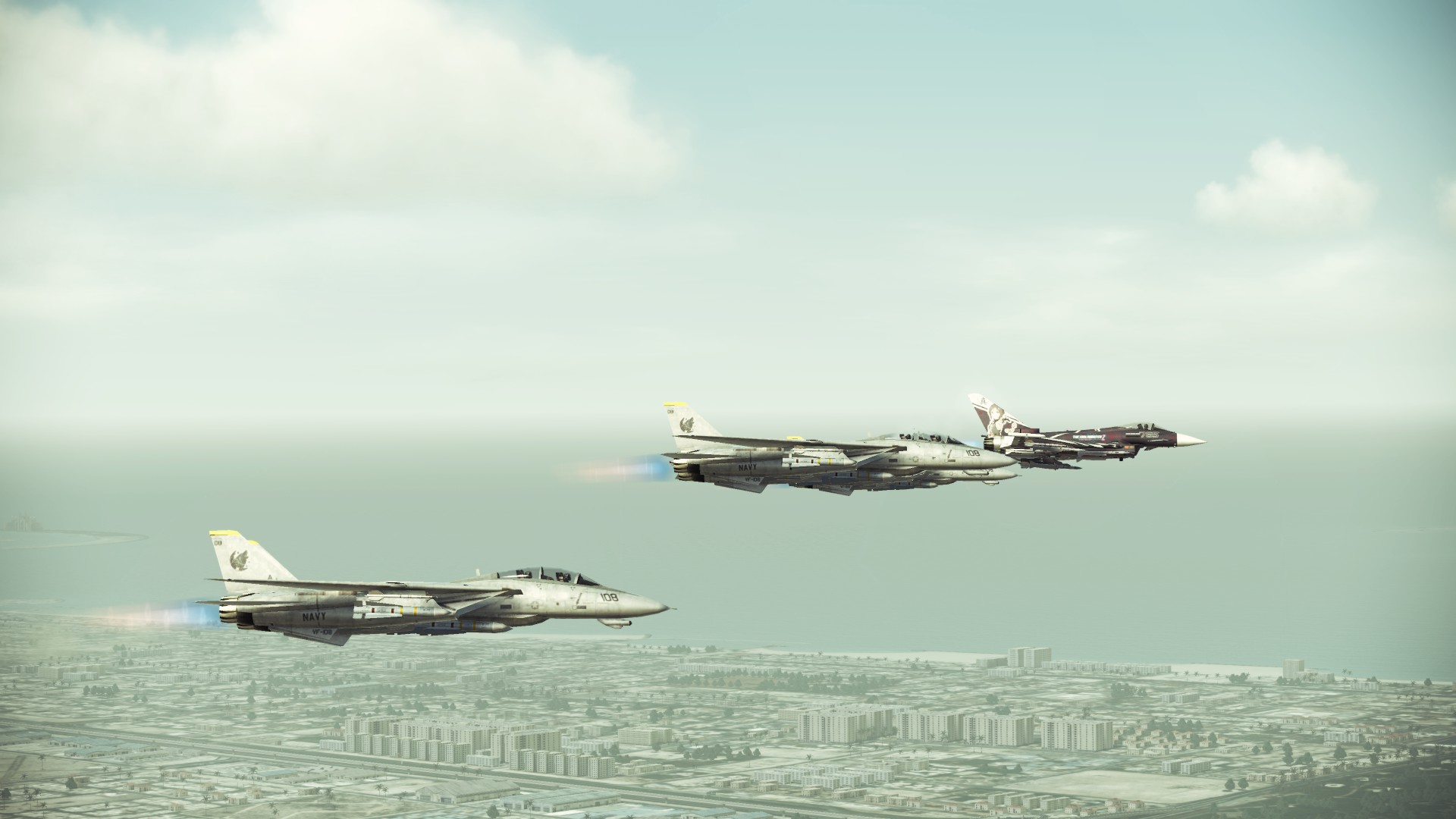 Visually speaking, for a PC game, it is quite dated in visuals. However, when you’re flying around at 2500KMp/h, you really don’t give too much of a damn about how dated it looks. The fun factor just takes over and everything is about the flight and gunning down MiGs.

What was cool about this ENHANCED EDITION of the game is that it comes with a bunch of DLC skins that were available on console with the game from the get go. This means that you get some awesome plane skins of awesomeness. Now, as an Otaku-type, upon seeing these skins based on the idolM@ster series of games I couldn’t resist applying these to every plane that they could be used on. And taking screenshots. Of all of them. I have to admit that flying around in a jet adorned with cute anime girls is quite appealing to me. And to top it off, made every dogfight that much more visually chaotic. 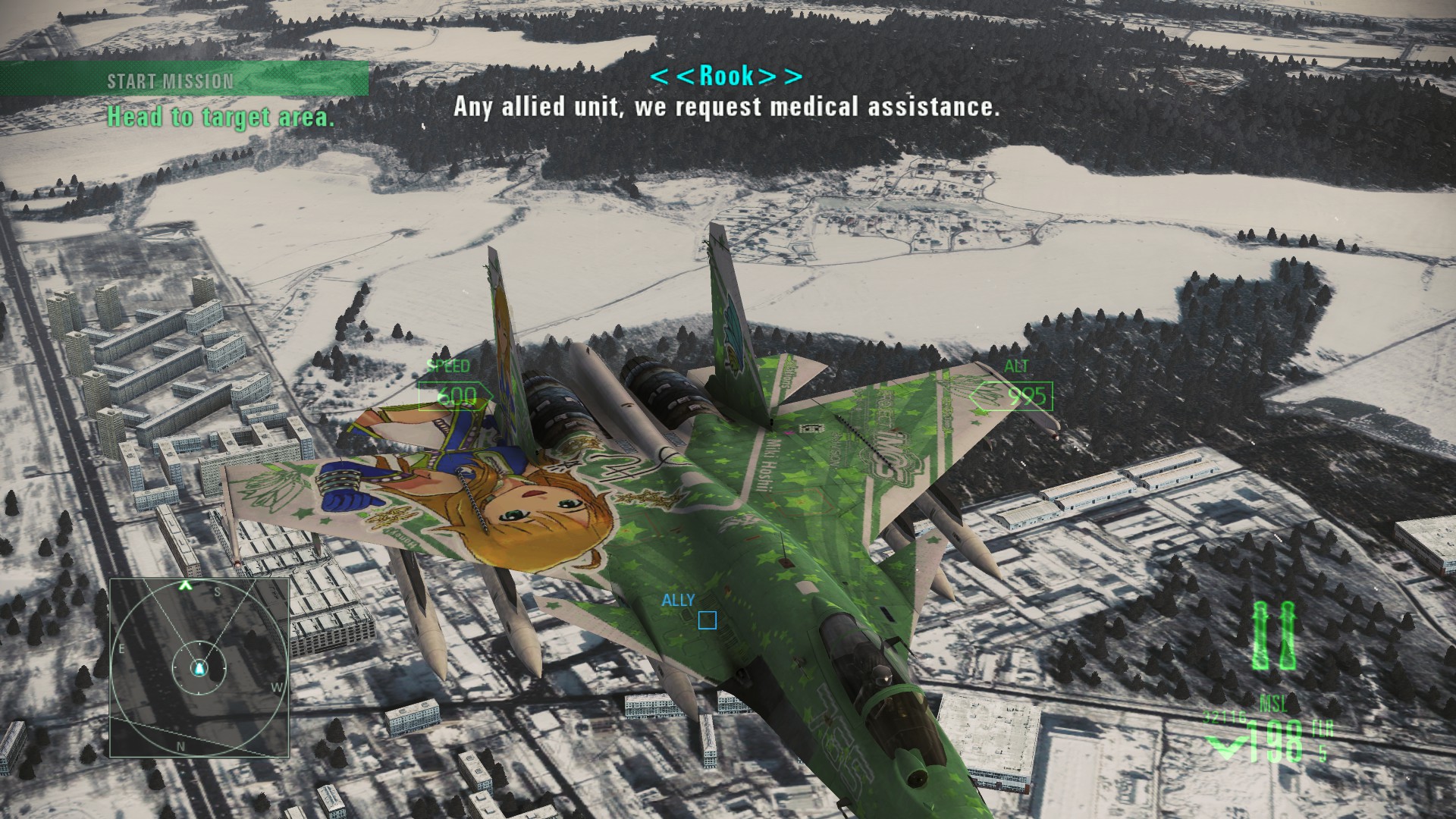 Ace Combat Assault Horizon has a pretty rockin’ soundtrack. In fact, I think it is one of the things that make this game as fun as it is. It just pulls you right into the dogfighting experience, which is essential for the kind of game that this is.

As I mentioned earlier, this is a game with a pretty American cast as developed by a Japanese developer. Whilst the voice cast are actually American, the game has a level of pro ‘Murrica that is quite low, which adds a lot more believability and seriousness to the title. What the game does to make you care about the characters and story instead is that it treats the characters like actual people and not plot points with pro ‘Murrica dialogue.

Overall Ace Combat Assault Horizon ENHANCED EDITION is a pretty fun game. I absolutely enjoyed my time with the game and would heartily recommend it to anyone that loves flying, going fast and/or engaging in fun dogfights. Whilst it suffers from a couple of missions that detract from the experience, it is overall a positive experience when you combine all of the elements of the title. Heartily recommended title.