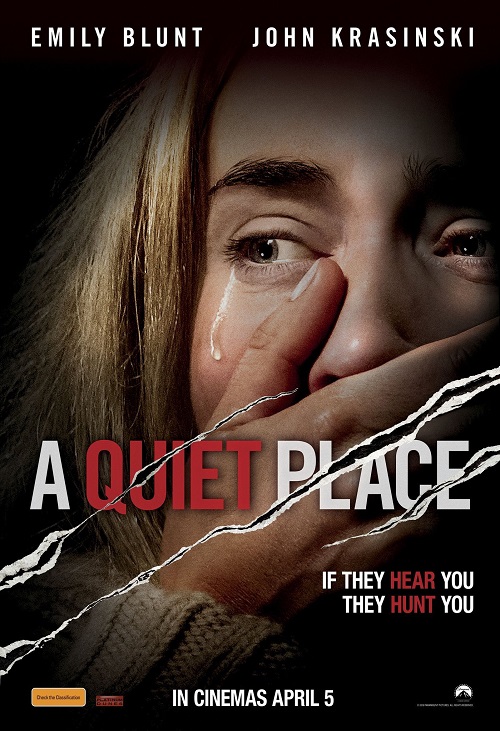 This was a film I had not originally intended to see; I’d been unmoved by the trailers and didn’t really get much from the press releases and articles leading up to it’s release. I ended up going due to the fact that I had free time rather than any inclination beyond that as I’m not the biggest fan of horror beyond those in the genre which are considered classics. I was expecting a thoughtless popcorn monster horror film… and I’ve never been more glad to have been proven wrong. 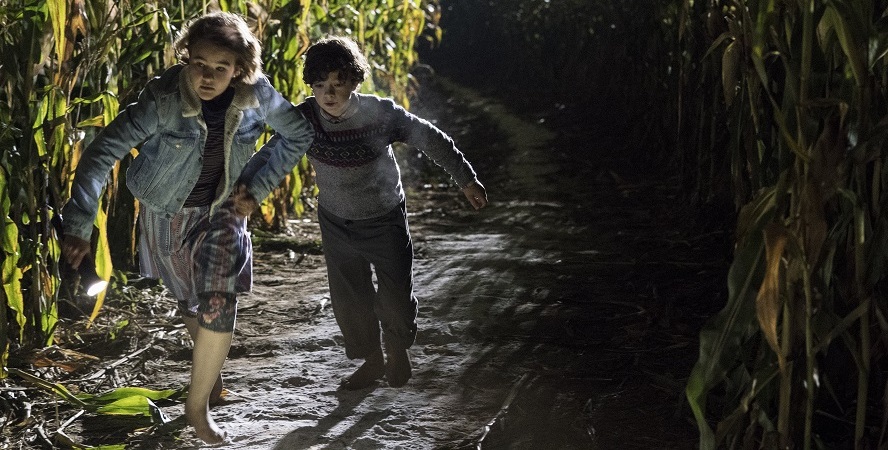 The story takes place in a post-apocalyptic world where humanity has largely met it’s end at the hands of otherworldly monsters who hunt only by sound. In this world we follow Lee (John Krasinski) and Evelyn (Emily Blunt) Abbott as they do their best to raise their children, Marcus (Millicent Simmonds) and Regan (Noah Jupe), in the aftermath of the loss of their third child. As well as doing their best to survive in a world where making noise could equal death, the situation is further complicated by the fact that Evelyn is pregnant and is expecting a child soon. Will the Abbott’s be able to bring a new and boisterous baby safely into this world or will their efforts simply put the family into greater peril? 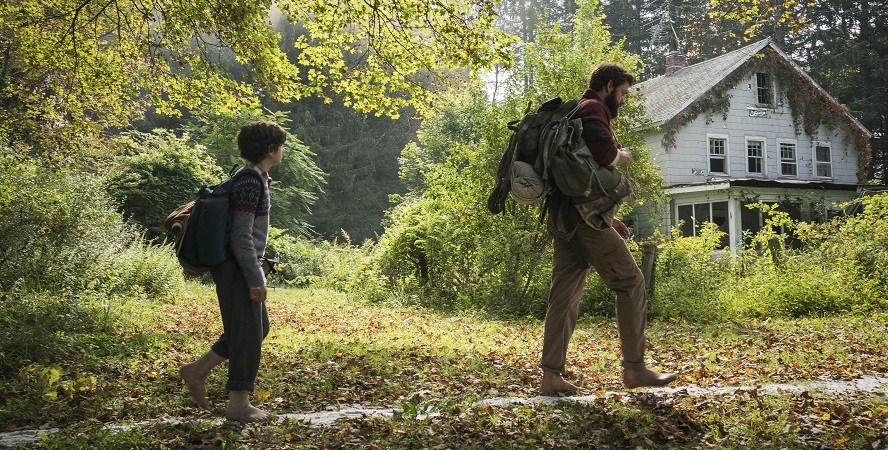 The central and standout point of this film is the fact that most of the action and dialogue is conducted with as little sound as possible. I was very impressed by the performances of the entire cast and especially for the non-deaf actors performing through American Sign Language. Although the actors weren’t speaking for most of the film, for well established diegetic reasons, they were still able to give us a sense of their character’s personality and emotional depth regardless. It’s no small feat when an actor is tasked with performing in a language which isn’t their native tongue but (from the perspective of a non-deaf individual) I think they did an admirable job in imbuing their gestures with emotion and tonality… but if someone who is fluent in American Sign Language finds my assessment lacking, then I am happy to be corrected and welcome their contribution in the comments below. 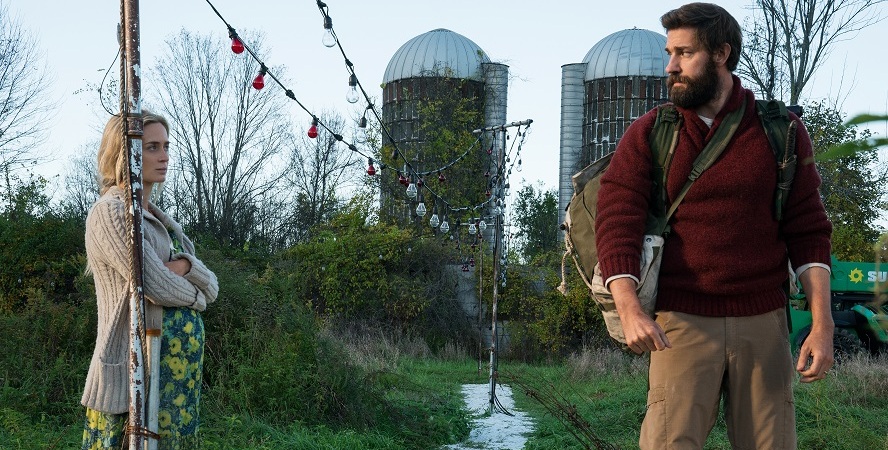 A lot of this film rests upon whether or not you can follow along with it’s central conceit. Sure, monsters that hunt by sound are a novel idea but are perhaps not necessarily one which stand up to a significant amount of scrutiny (at least in terms of the amount of havoc they’re implied to have caused. The film does go to present the limitations and strengths of these creatures as visually as possible as the characters cannot discuss diegetically what exactly they know of these otherworldly beings. As a pure writing exercise, this film’s script worked very well with playing within the soundless constraints it set itself and I have to say that I’m very impressed overall with the quality of the writing save for some select elements…

A gripe which my companion for the screening pointed out is that some of the (spoken) dialogue in the film is ironically the least believable. The conversation in particular is between Lee and Marcus which features some dialogue which I’d describe as “on-the-nose”. Perhaps Krasinski was worried that they wouldn’t be able to get some of the subtext implied and thus needed to make it more overt. The film doesn’t suffer to greatly from this but I wouldn’t be surprised if there is a director’s cut which gets released without this particular exchange making an appearance. 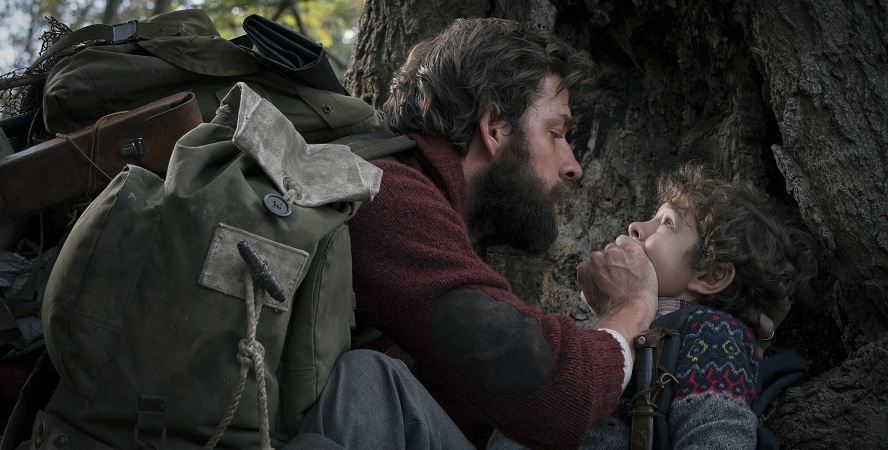 The visuals of this film play around with some interesting set designs, cinematography, and lighting choices. The film plays around with post-apocalyptic aesthetics in a rural setting with plenty of shots of fields, abandoned farmhouses, forests and rivers. The cinematography presents these as quite idyllic and with the human structures generally being the most unsettling aspect of the landscape due to their general disrepair. Similarly, the film makes use of interesting light design as a method for the characters to communicate non-audibly to each other as they use coloured lights in the place of yelling. It’s a novel solution to the problems of the setting and leads to some interesting set design as we see the farmstead covered in Christmas lights. There’s obviously a lot of thought that has been put into the design of the film as a result of the auditory limitations placed upon it by the story. 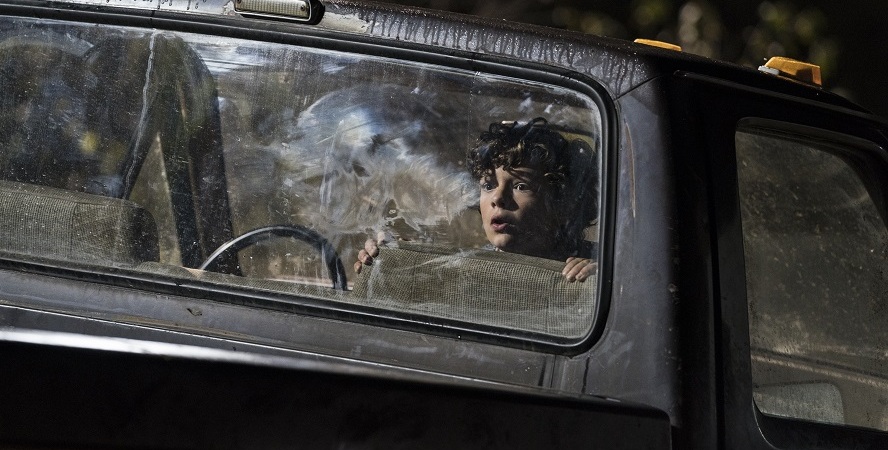 From the premise and central feature of the story, you’d be correct in assuming that sound would play an important part in this film and you can see that special care has been devoted to the sound design. So much of this film is done in oppressive silence and that lack of noise works to only build the tension more for when the film final lets loose the auditory shocks. Although this does predispose it to what would be categorised jump scares; for moments when there is nothing on the screen in terms of monsters, we still feel the ever present danger of what it would be like living in their midst. It creates an unsettlingly sparse soundscape which makes itself anxiety inducing. 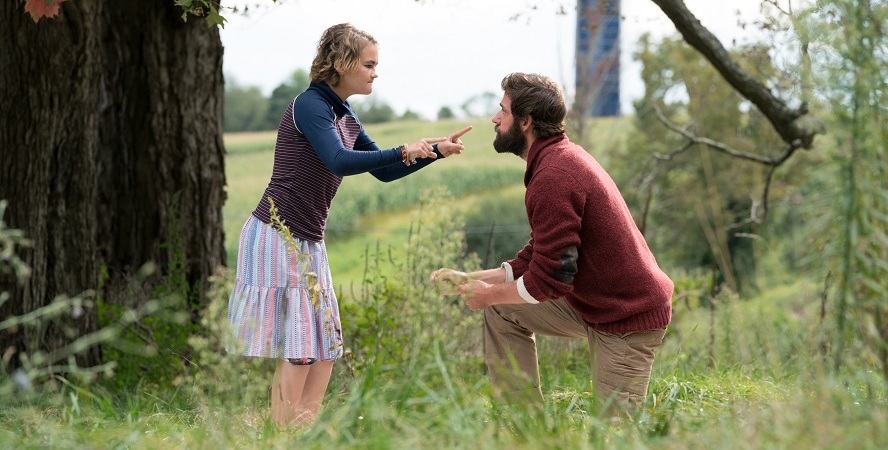 Overall, I very much enjoyed my stressed out time with this film and although it’s not truly an existential, terror-inducing horror flick like so many others in the genre but it stands out for what it does and does it well. The story is very well crafted save for a few missteps but with compelling performances by the entire cast all the same. The visuals and sound design are similarly well thought out to account for the auditory limitations the film sets on itself and does so with great effect. This is a film which often shines with brilliance and works to make something unique out of it’s concept rather just use it as a gimmick. I have no trouble recommending this film to any horror fans and cinephiles in general; this is a great film and you should definitely give it a watch!
Capsule Computers review guidelines can be found here.

A Quiet Place is a masterclass of how to turn an intriguing concept into a legitimately great horror flick.
9